On Friday, 18 November 2010, I got an email from the Kansas listserv with “Extralimital Ross's Gull” as the subject. As I began reading the report my mind started to race, thinking about the arrangements that would have to be made in the next 24 hours. It wasn’t a question of am I going to twitch this one, but rather, how am I going to twitch this one. When I found out the bird was being seen in Colorado outside of the Denver area, I thought it would have to be done by airplane. I soon scratched the airplane idea as the cheapest ticket was $419 for a next day flight. Googlemaps estimated a oneway trip to be roughly 16 hours. Piece of cake. 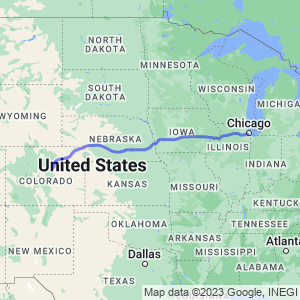 ﻿The bird was found Friday morning by Joe Roller who originally ID'd it as an adult Little Gull but later concurred with a Ross's Gull ID made collaboratively by himself, Glen Walbek and Cole Wild. The ID was confirmed that same afternoon. The photos were released and this, more than anything, drove me over the top. I waited it out and followed the updates for the next 6 hours. I made a post on the Illinois Birders Forum to inform birders of this rarity. Bruce Heimer, who I knew would be the first to call me, called and left me a message the next morning with these being his first words, “Dude, the bird is still being seen”. No clarification was needed for “the bird”. Bruce was one of the 5 birders who joined me for the Cape May Ivory Gull twitch just 11 months prior. On the ride home from Cape May we explicitly said to one another that a Ross’s Gull would warrant similar actions.

On Saturday, 20 November - less than 24 hours after the initial report - we finalized our plans and were able to enlist Greg Neise, Chris West (probably one of the most active and talented ABA birders in his age bracket) and both of the Gyllenhaal brothers – Ethan and Aaron. This was a very bizarre chain of events as Chris, Ethan and Aaron had also been on the Ivory Gull twitch with us. Meeting time was at my house at 8:00 p.m. Bruce was responsible for picking up Greg, Chris was on a 3.5 hour trek from his home state Wisconsin and the Gyllenhaal brothers were being dropped off by their father Eric, who coincidentally joined us on the Ivory Gull twitch, but sat this one out. All parties magically united on time.
We were pulling out of my driveway at 8:03 p.m. We got about ½ block away when someone asked, "did you bring the bread"? I knew I was forgetting something. I made a U-turn, pulled into my driveway, ran inside the garage and grabbed 2 garbage bags full of my emergency stash of stale bread. Off we go! We hit the road and got there in 13.5 hours. The trip was as smooth as can be - it always is on the way there and this must have something to do with all of the positive energy of a hopeful twitcher. For some strange reason, I insisted on driving the entire way. This was also the case with the Ivory Gull twitch. I don’t plan this extreme and irrational behavior but something seems to compel me. About half way there, I say to myself, “you’ve driven this far, just finish it off”. I’m not sure if it’s my fear of letting others drive or subconsciously not relying on others to get me to my birds. My wife says I feel the need to work for birds of this magnitude and so that’s the explanation I’m going with.
We got to Cherry Creek State Park around 9:00 a.m. on Sunday and got news from local birders that the Ross's was seen a little while ago on the northwest side of the lake near the marina. We set up on the beach just south of Dixon Grove on the northeast side of the lake with the sun to our backs. We began to scan. I spotted an adult Lesser Black-backed and got a little giddy about that. Then I spotted a loon which I was pretty sure was a Pacific Loon. “Chris, check out this loon in my scope”. Chris confirmed it was a Pacific – a lifer for me that held no significance at the time. I needed to stay focused. “Oh, there’s a California Gull; and another one”. I told myself to keep my eyes on the prize. “Greg, is this a Thayer’s Gull?” STAY FOCUSED!
After about a half-hour of scanning with a group of about 12 birders, I finally spotted it: “I GOT IT”!!! Birders demanded a location. I was lost for words. I was still trying to internalize that I had the Ross’s Gull in my scope. At first glance, I noticed a bird about the size of a Bonaparte’s Gull with a noticeably peaked head. The image that keeps replaying in my mind is that of a small white-winged gull on the water next to an adult Bonaparte’s. The difference in wingtip color is - and should be - noticeable to anyone who is familiar with Bonaparte's Gull.  “It’s on the water with a Bonaparte’s to its left. They’re swimming between two...what are those white tubes called that float in the water?” Buoys! “Yes, it’s between the two white buoys against the opposite shore. Wait, it's moving. It's up”! The Ross’s began to fly around with what seemed like no purpose in mind. It put down shortly after and everyone got on the bird. The ID was obvious. We debated whether or not we should hurry over to the other side of the lake but decided to wait about 15 minutes to see if the bird would come closer to us. We soon gave in and made the drive around. 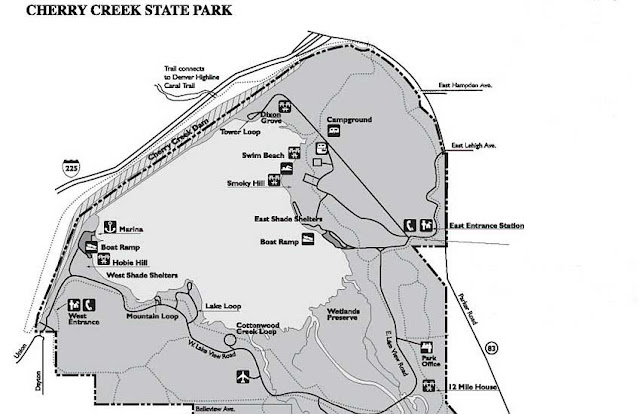 We parked at the marina on the northwest side of the lake. Bruce and I made a run for it as we could see the bird standing on the famous sandbar that it made its resting station. We can see people enjoying great looks but it got up and took wing before we can reach the sandbar. It began to circle and maneuver similar to how a Bonaparte’s flies but there was something much more intriguing about this bird. It was a Ross's Gull on a small lake in Colorado! It was almost like it knew it was being watched by everyone on the lake, even by the other gulls. I walked out a distance to the east on the dam road in order to gain better lighting. It spent most of its time over the center of the lake, circling and feeding at the water's surface. It was harassed by a couple of Ring-billed Gulls and then it positioned itself in the middle of a group of Western Grebes as if to take refuge among them. It then got up again and continued to randomly work the edges of the lake. At one point it lazily flew along the northern shoreline giving Aaron and I great looks as it came within 25 yards of us.
﻿ ﻿﻿ As of 25 November, 2010, the Ross's Gull is still being seen at Cherry Creek S.P. The lake has risen slightly and the sandbar isn't visible anymore. Coincidentally, the Ross's has been reported on the south side of the lake near a few large stumps. This should be great for photographers as the sun is now at their backs for most hours of the day. Oh, would that I were a Coloradan today! 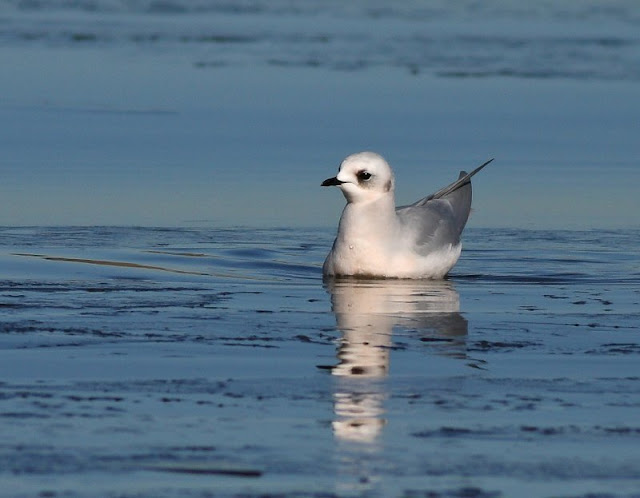 The best photo I've seen of the Cherry Creek Ross's Gull. By Robb Hinds; 25 Nov 2010﻿
at November 25, 2010
Email ThisBlogThis!Share to TwitterShare to FacebookShare to Pinterest

It is said that molt is the most understudied and underappreciated aspect of birds. Maybe. I remember reading a paper by Peter Pyle a few months ago where he mentions how it took him something like "ten years" just to wrap his mind around molt terminology. Wow! Over the last two years I've come to appreciate this bewildering subject and a basic understanding of the "modified" Humphrey-Parkes system has helped me understand birds just a little more. A deeper understanding of molt becomes integral when considering gulls and being familiar with the various molt strategies is a requisite for anyone with a veritable interest in this family.

Birds molt at different rates and frequencies but all generally follow one of four strategies. Determining which molt strategy (Simple Basic, Complex Basic, Simple Alternate or Complex Alternate) a bird obeys depends almost entirely on the events that take place in the first cycle.

Of the four molt strategies, the Complex Alternate Strategy (CAS) is, to me, the most unique. I have a particular interest in this strategy because it applies to all of the hooded gulls that occur in North America. Here, a formative plumage and an alternate plumage are found in the first cycle. These plumages are a result of a partial preformative molt and a partial prealternate molt.

Most birders generally know what is meant by a prealternate molt but I've found that many don't know the implications of the "preformative molt". In the past, ornithologists (including Humphrey and Parkes) overlooked the preformative molt and called it the first prebasic molt well. The juvenile plumage was not point zero in the study of molt. The former approach was easily justified because formative plumage can resemble that of a basic adult (Howell and Dunn, 2007). However, the preformative molt and prebasic molt are two different events. The modified H-P system suggests that a bird has arrived at 1st basic when in juvenile plumage. That is, the "1st" prebasic molt produces the juvenile plumage. This is nothing more than a nestling growing juvenile feathers.

A good example of a common species that acquires formative plumage is Bonaparte's Gull. There are generally two waves of first cycle Bonaparte's that are observed in North America after the breeding season. The first wave begins in late July to early August and it consists of juveniles that appear to be in mostly fresh plumage like this individual: 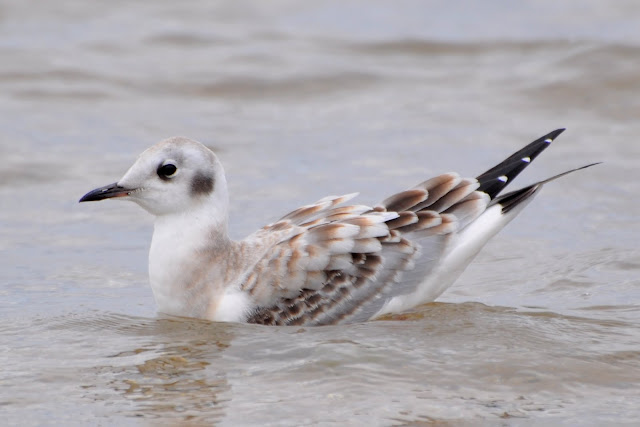 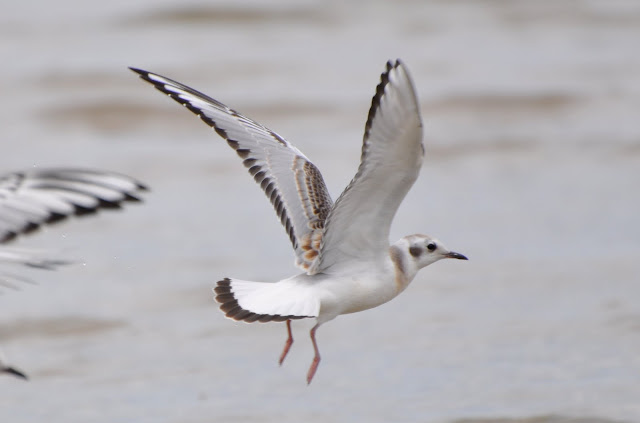