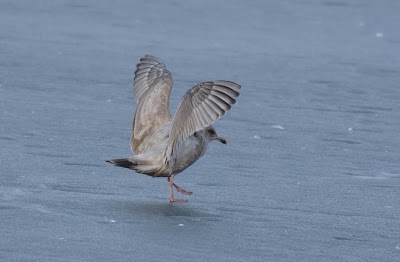 Identification: The pattern on the outer primaries - a so-called venetian blind effect - suggest a white-winged gull. The contrasting dark-brown outer webs with light-brown inner webs on the 5 outer primaries are reminiscent of Iceland Gull. The bill has retained much black with a pinched-base look, something we often find in Thayer's, and that's what the April Quiz bird was identified as. 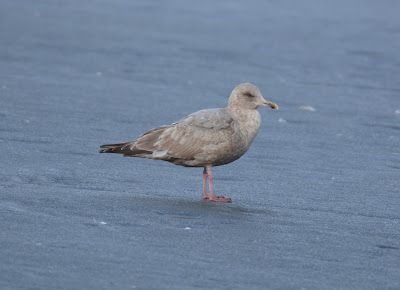 at April 29, 2017
Email ThisBlogThis!Share to TwitterShare to FacebookShare to Pinterest