A brief visit to New Buffalo, Michigan last week yielded a nice count of 8-9 Lessers. Juveniles - as per usual - have arrived in mid-September. 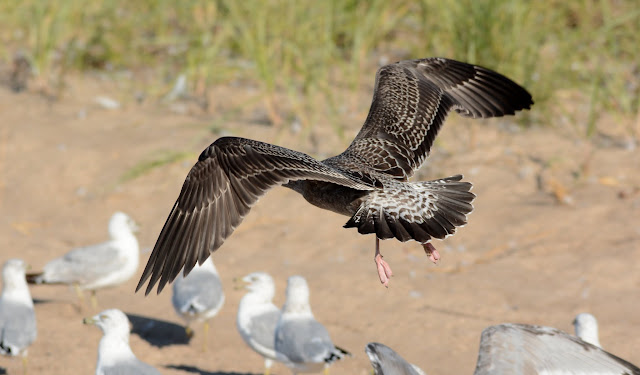 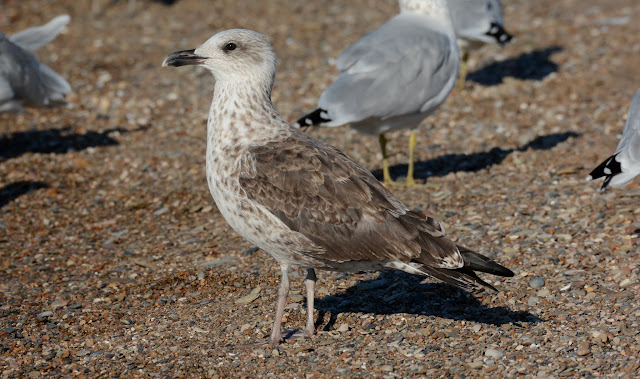 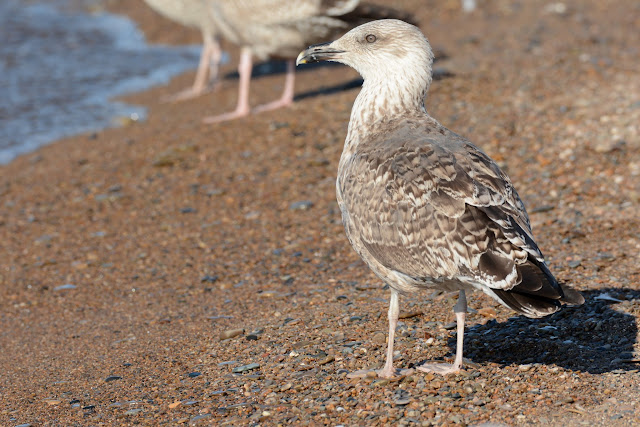 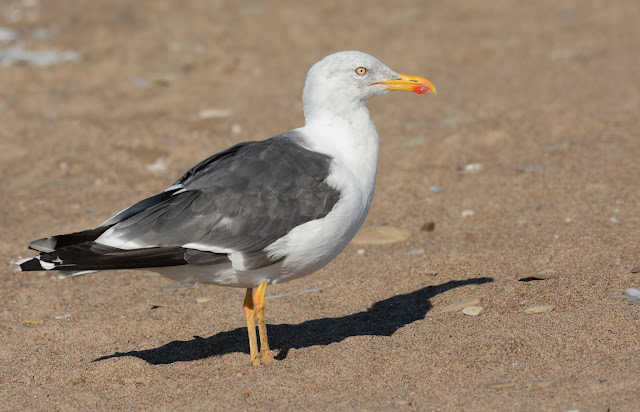 at September 20, 2016
Email ThisBlogThis!Share to TwitterShare to FacebookShare to Pinterest

Brookfield Zoo in Cook County, Illinois houses about a dozen Gray Gulls (Leucophaeus modestus). The birds are in a reliably large enclosure with a dozen or so Inca Terns and a contingent of Humboldt penguins. Having never seen the species before - which requires a trip to the western coast of South America (from central Peru down to Chile) - I was happy to spend a couple of hours observing these birds. 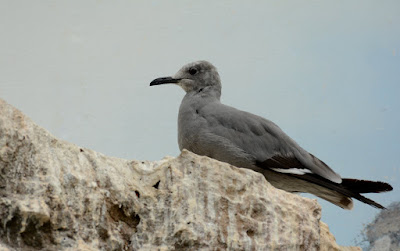 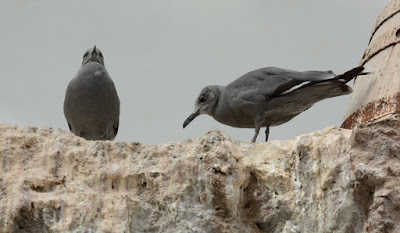 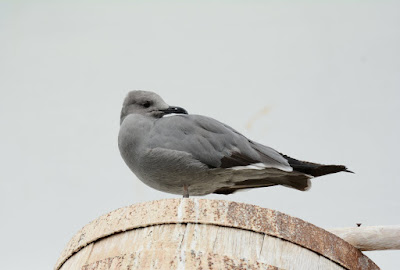 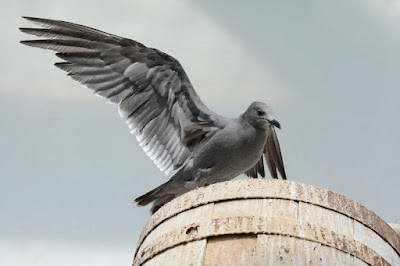 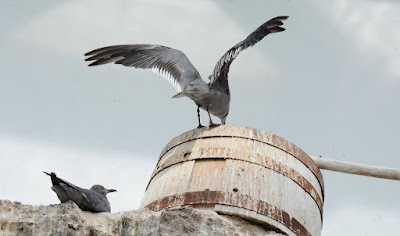 The species reminds me most of Laughing Gull, especially bill size and proportions (but perhaps with a slightly larger body). The voice is unlike any gulls I know but the quality is nasally.

In a recent interview I did with Birding magazine, I commented that Mediterranean Gull or Gray Gull would be the next ABA gull for our area. My prediction is that Gray Gull will occur first with recent records creeping into Central America. There is a disputed account from Louisiana (December 1987) of a bird that may or may not have been that species (interestingly, a melanistic Laughing Gull wasn't clearly eliminated - a photo can be found here).
at September 17, 2016
Email ThisBlogThis!Share to TwitterShare to FacebookShare to Pinterest

Here are the two that obliged, providing full readings:


Unfortunately, the bird of most interest to me - a hatch year - evaded me and took off before I can get to work on it.

An adult type, likely from northern Michigan also got away with 3 missing digits (1146-02***). So 4 banded birds, with a 50% success rate at recording the entire band number. Yes, frustrating at times, but well worth the effort to me. Those banders that insist on not using large, color, field-readable bands must know that so many more data points would be obtained in much less time and effort. I'll leave it at that.
at September 16, 2016
Email ThisBlogThis!Share to TwitterShare to FacebookShare to Pinterest

at September 01, 2016
Email ThisBlogThis!Share to TwitterShare to FacebookShare to Pinterest


This month's quiz bird has a relatively fresh set of feathers, undoubtedly in its first plumage cycle. Structurally, it appears long-winged and this is a helpful clue that may be used with some experience.

The very plain, blackish, secondaries as well as the dark greater primary coverts and outer greater secondary coverts give the impression of a black-backed species. There's also a straight, all-black, bill with a contrasting white head. These field marks are consistent with 1st cycle Lesser Black-backed Gull - an age group that often goes overlooked by many on this continent.

Several quiz participants were stumped by the apparent inner primary "window" and felt this looked better for Herring Gull. Although we don't usually associate pale inner primaries with Lessers, it's not unusual for the species to show this. Note that a much more faint window is visible on the right wing and this is simply an effect caused by the primaries on the left wing being more spread, and hence the pale inner vanes are almost completely exposed, showing the palest portions of those feathers. The window dissipates quickly depending on the bird's behavior or the angle the observer is viewing from (see here for another example).

Another point that was raised as evidence for American Herring is the wide tail band. The tail band is wide, and even wider toward the outer rectrices. Admittedly, most Lessers have thinner tail bands. But note the solid, white, base color to the uppertail coverts. In Herring, the uppertail coverts tend to be more concolorous with the rest of the upperparts, and at the very least, more barring is visible (like so, scroll down for a spread tail).