I spent some time studying the growing flocks of juveniles in East Chicago, Indiana yesterday. Same "boring" species but the immense variation in their plumage is far from boring! 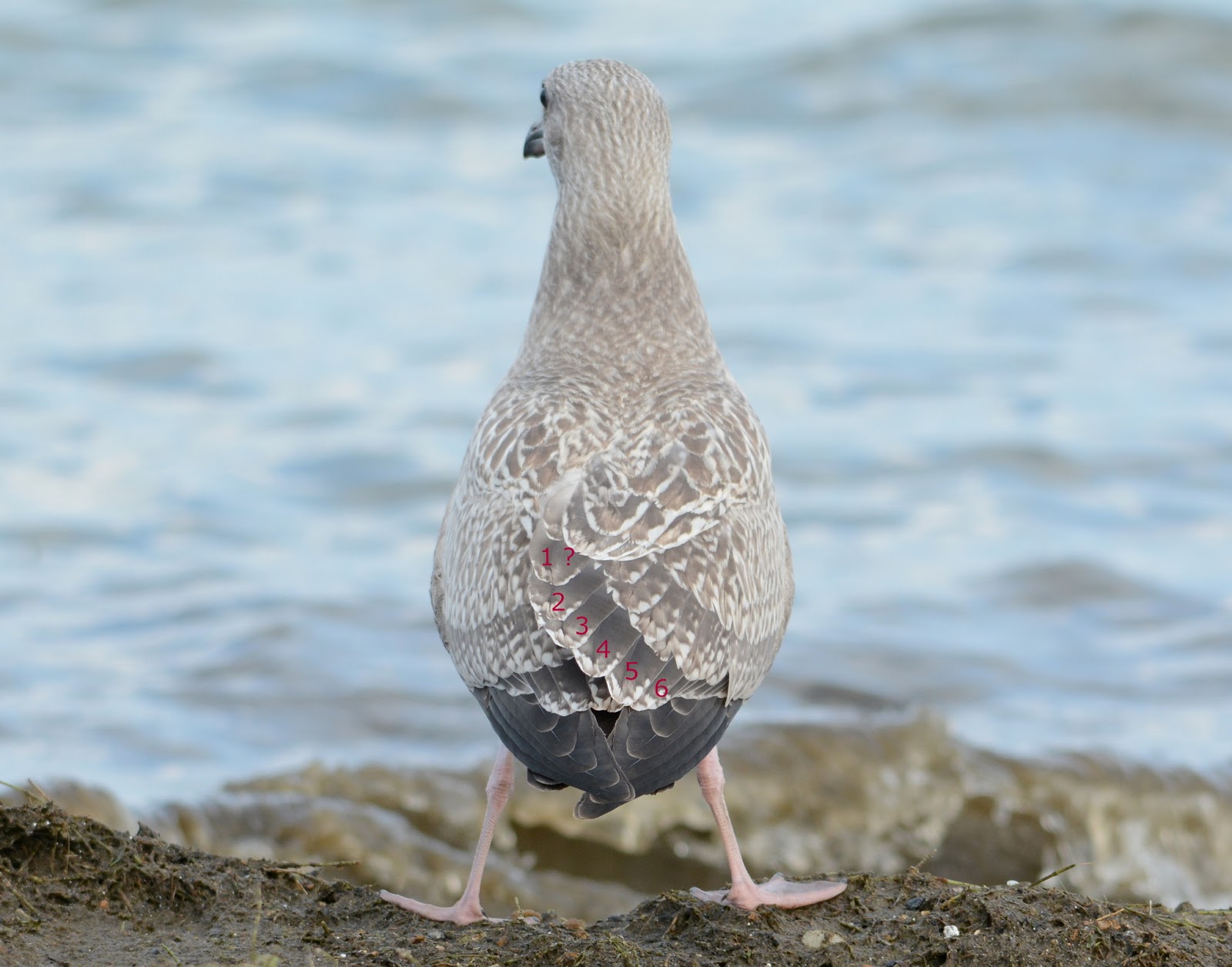 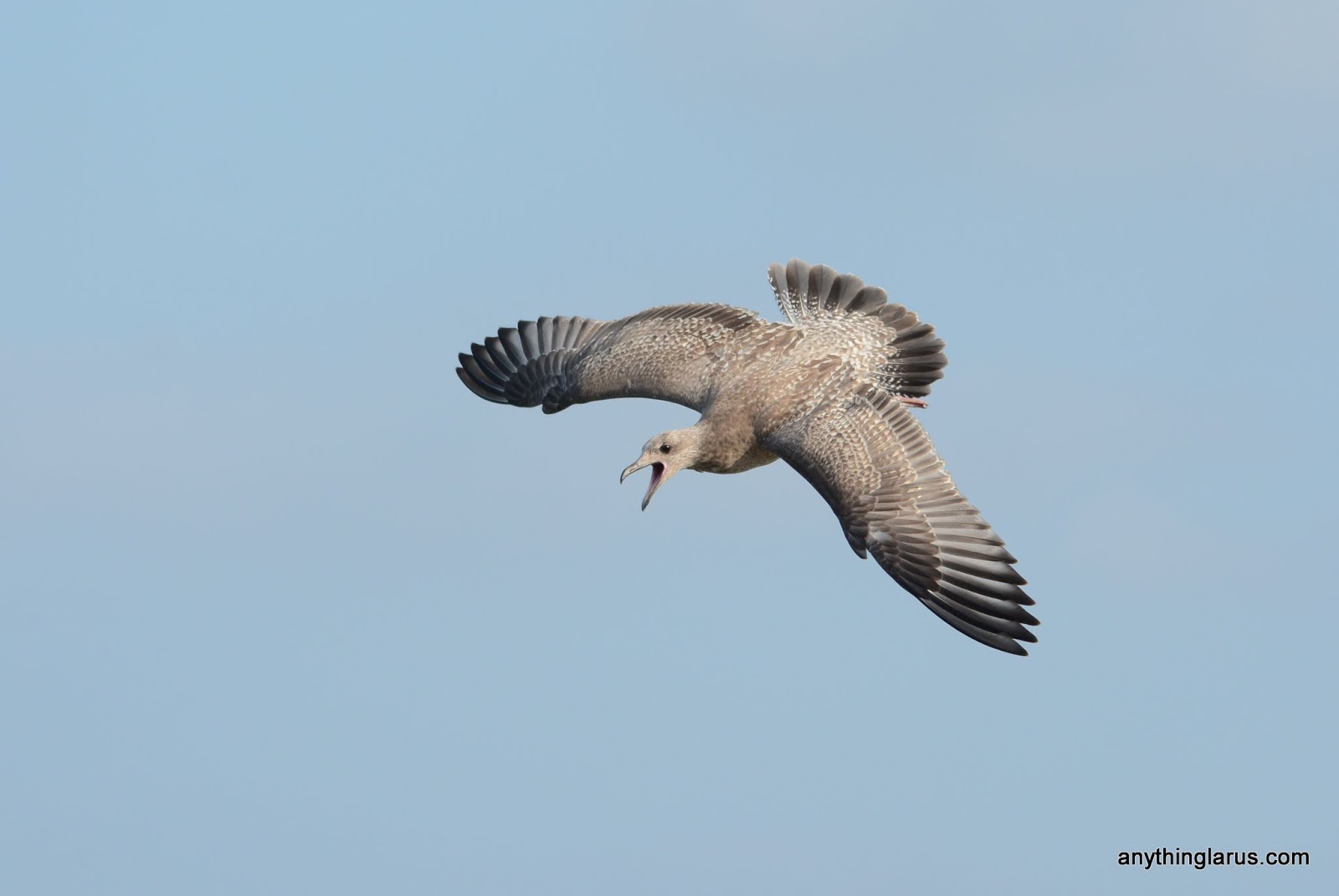 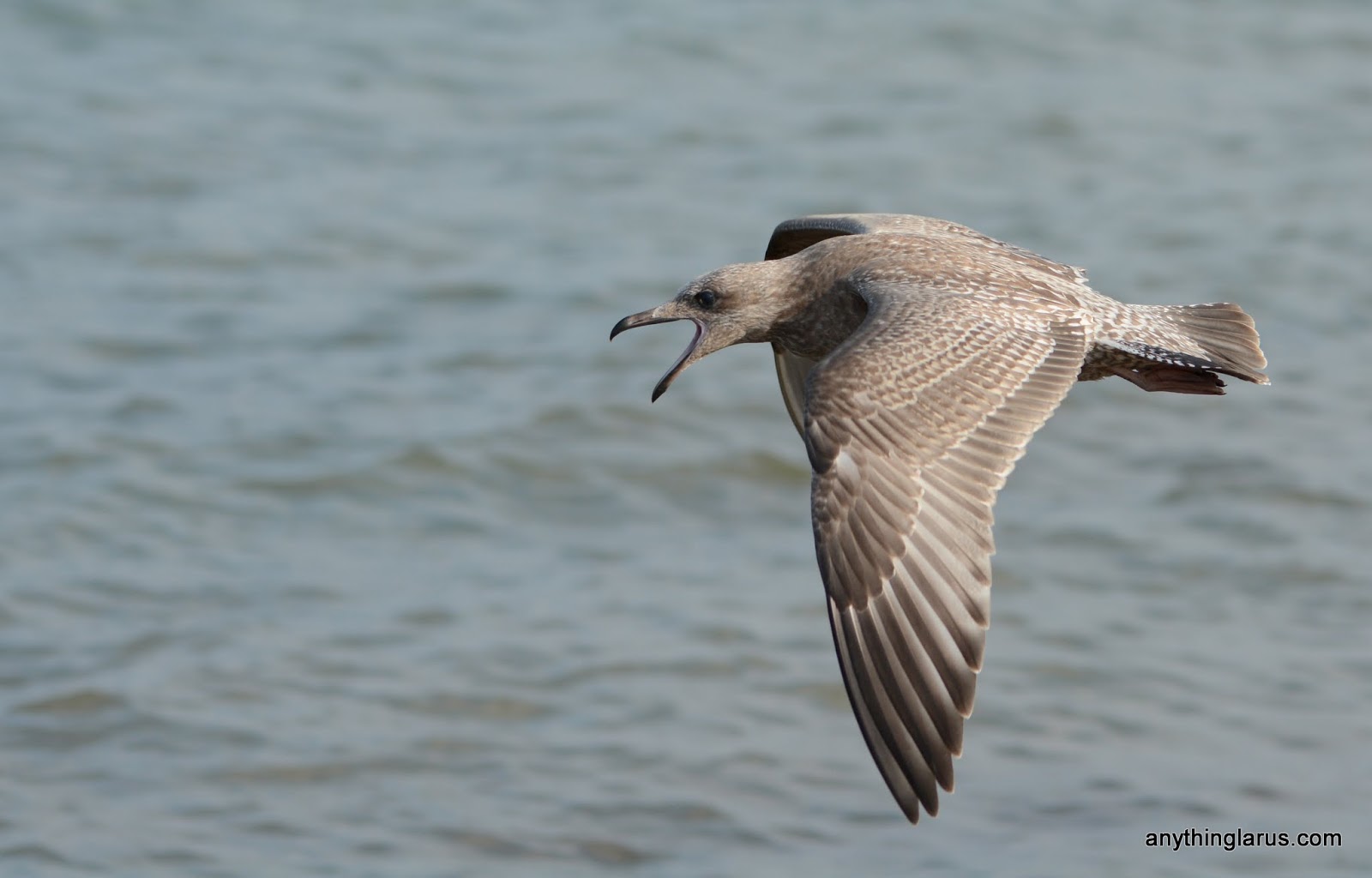 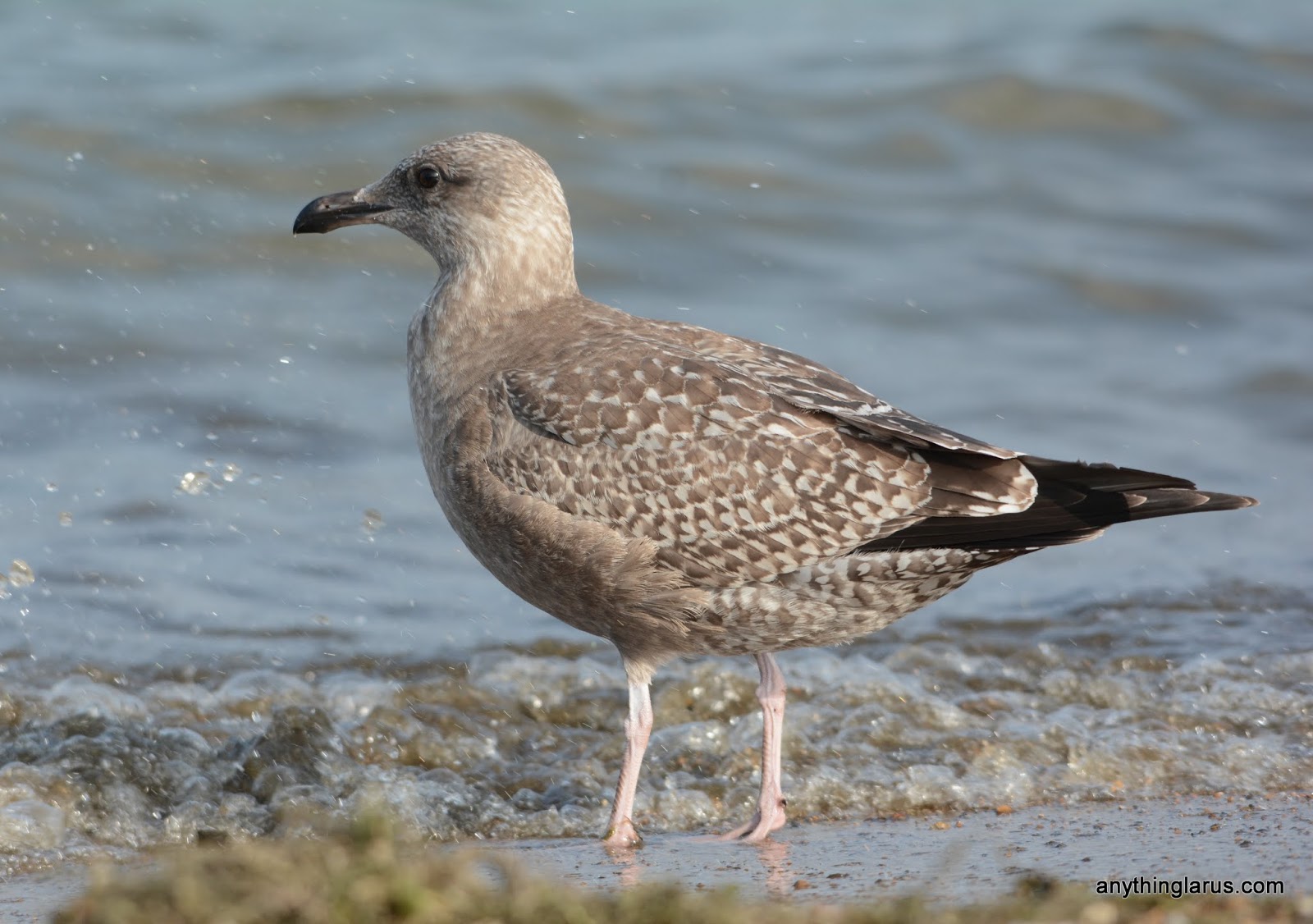 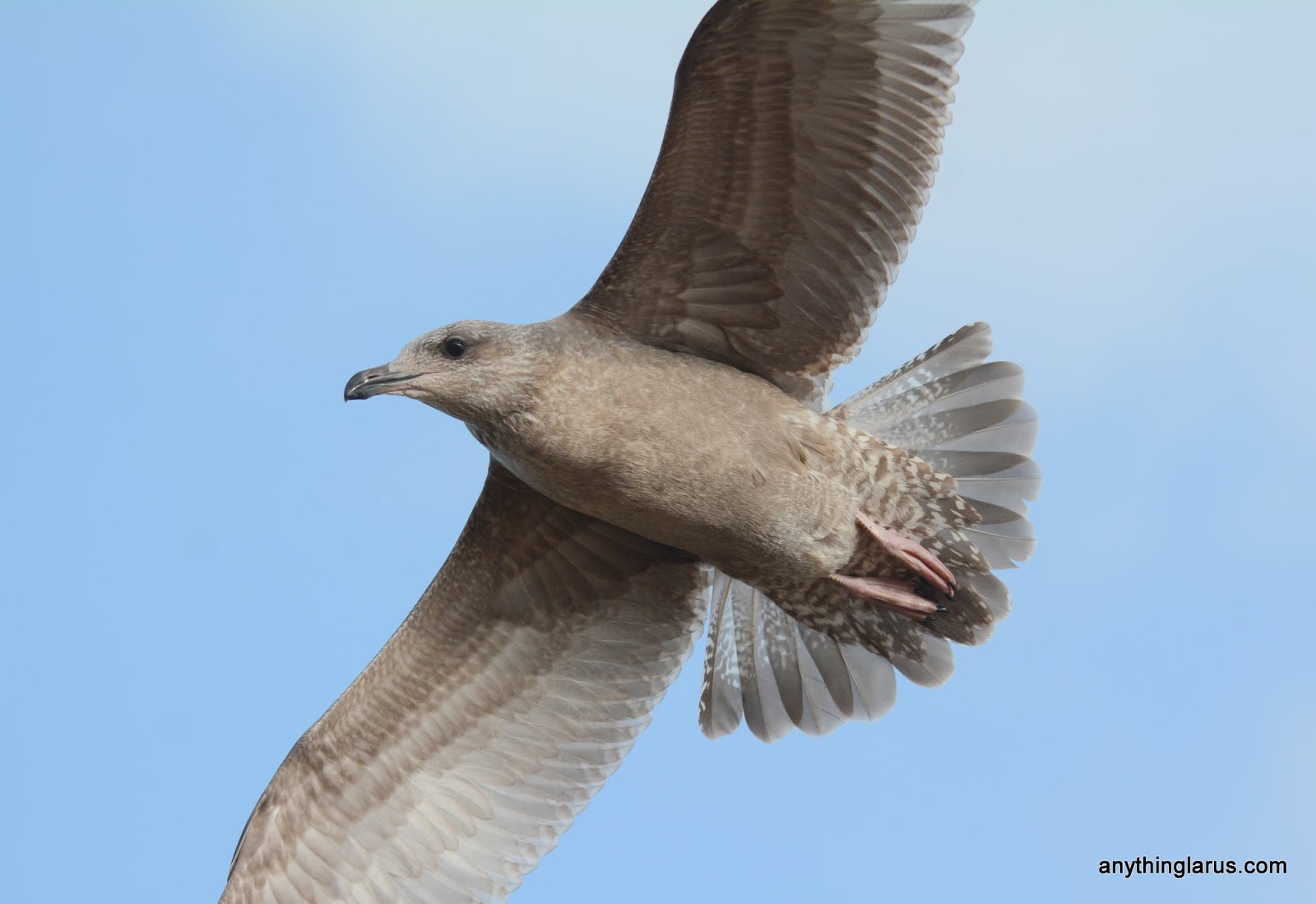 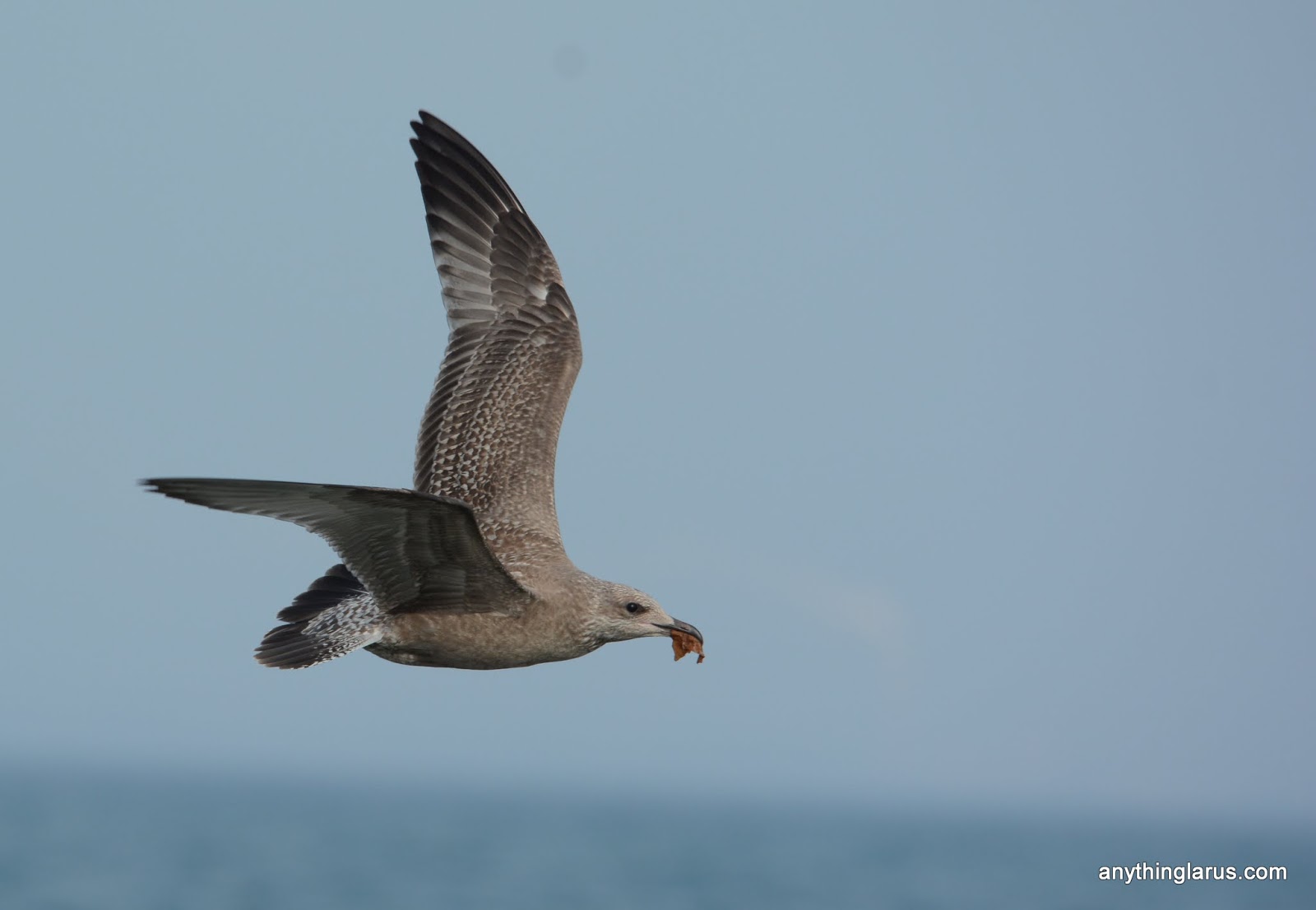 Juvenile Ring-billeds below - how can one not appreciate the incredible amount of variation in a cohort of similar aged birds, all presumably from the same colony?! 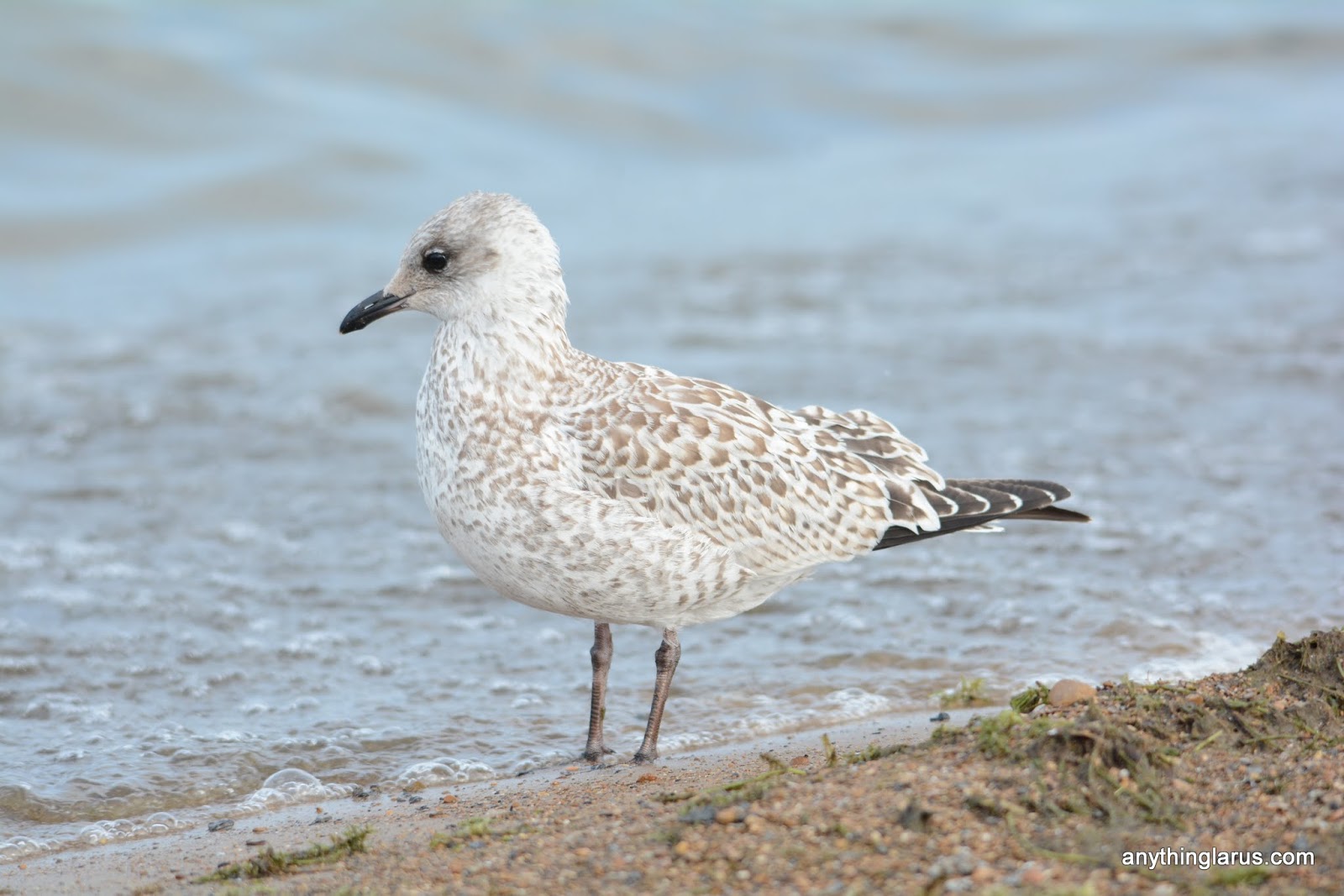 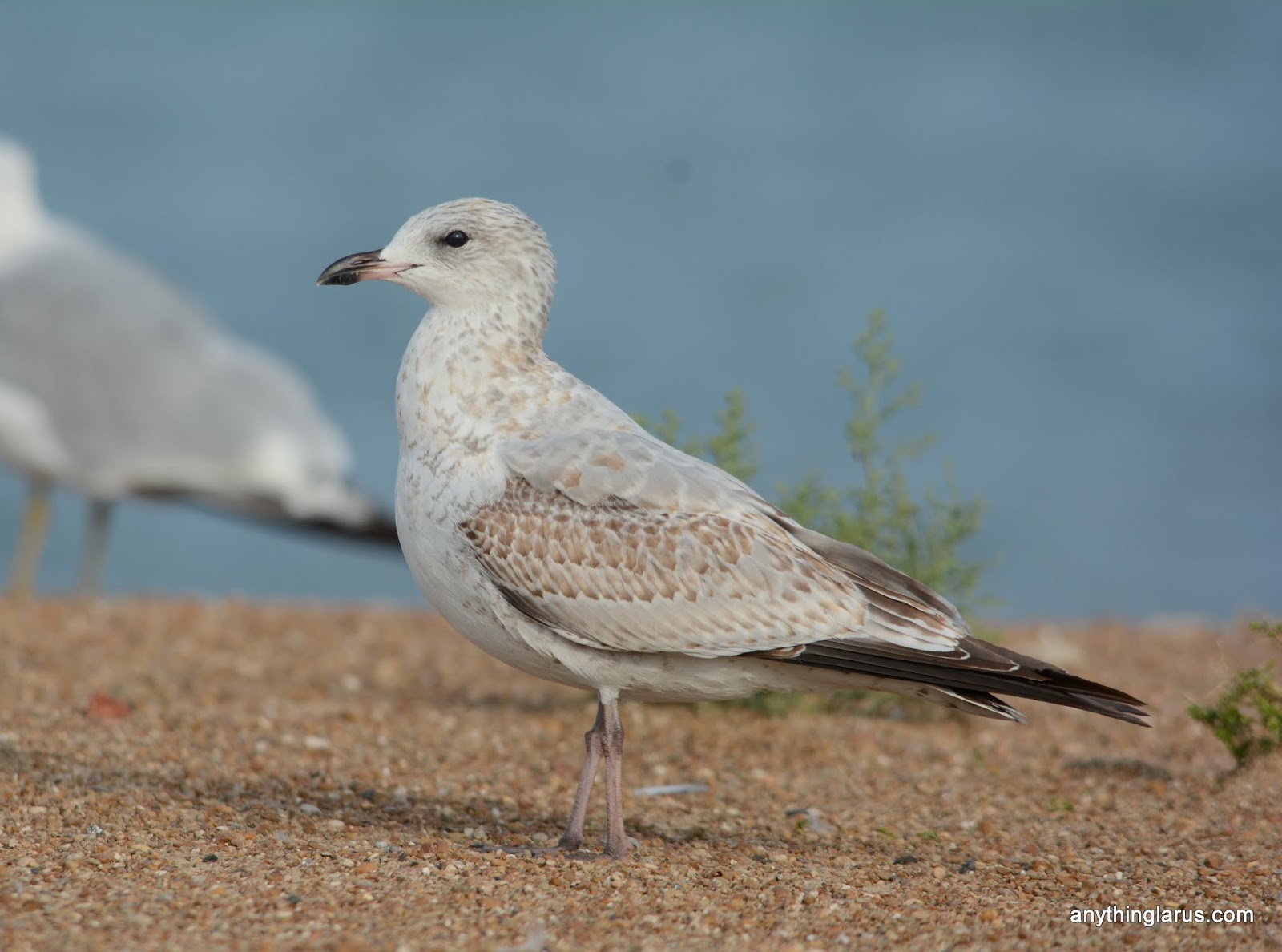 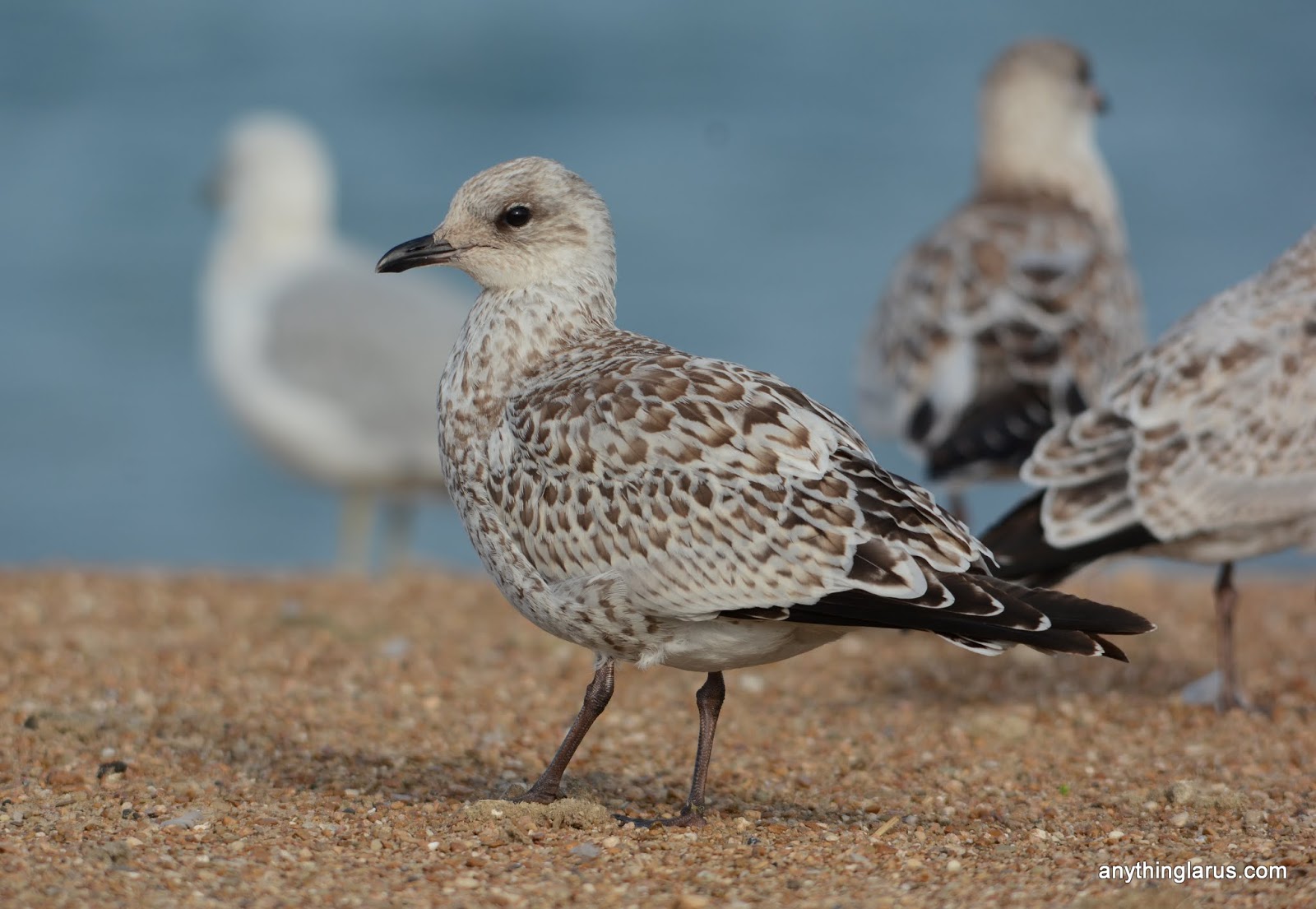 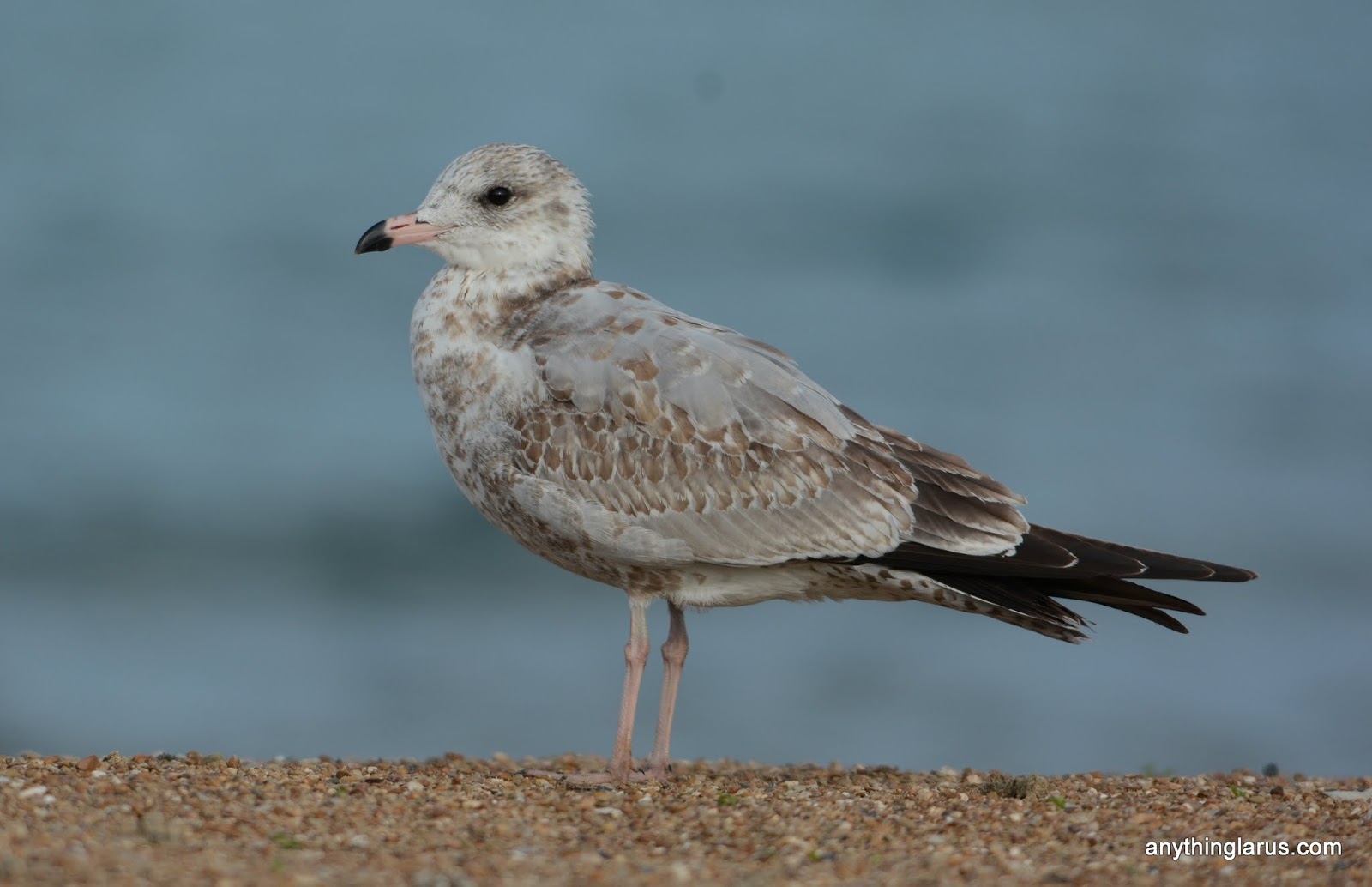 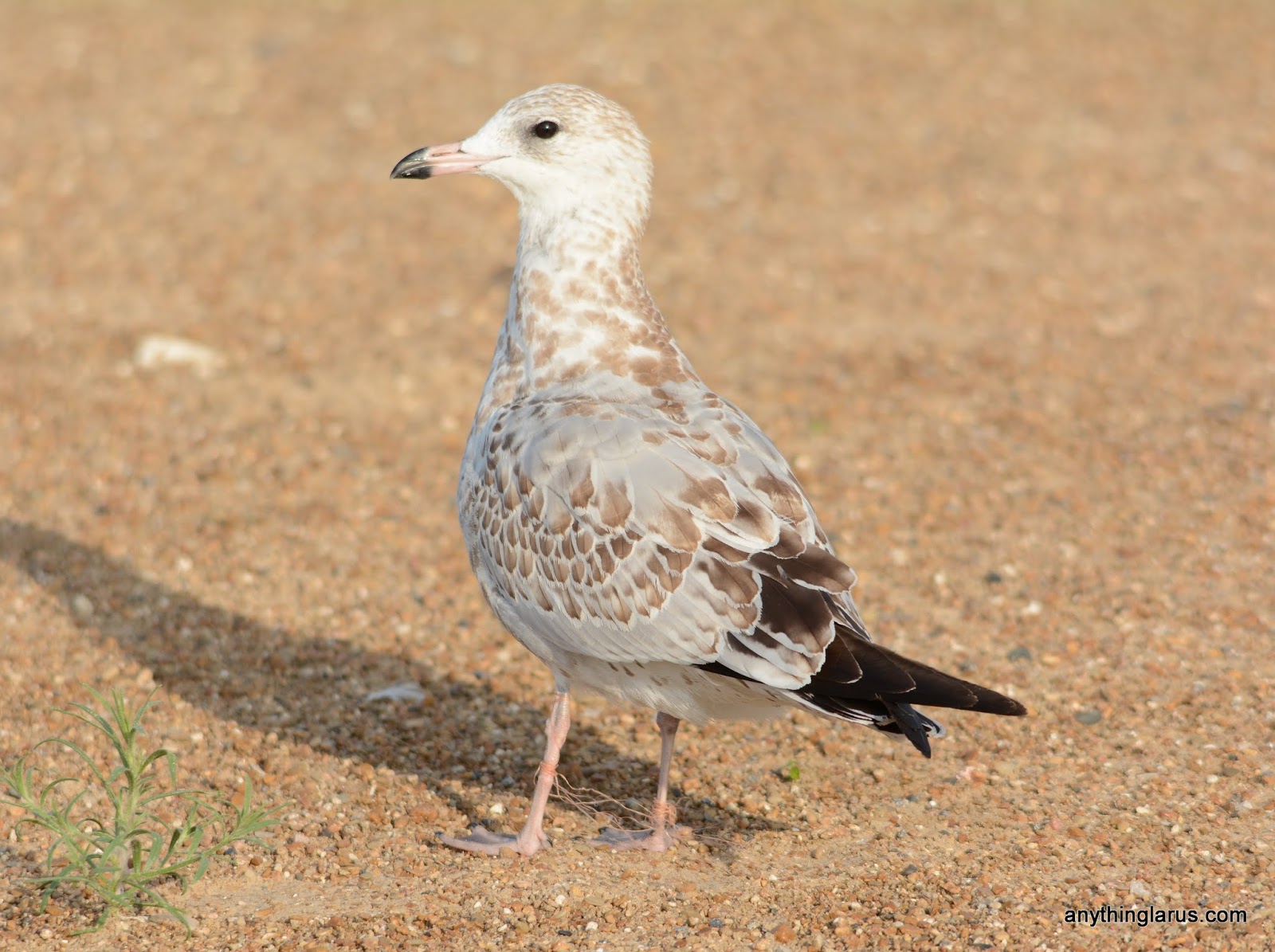 2nd cycles usually have "mostly" adult-like gray tertials, but there are individuals with rather "retarded" in black centers, like this bird: 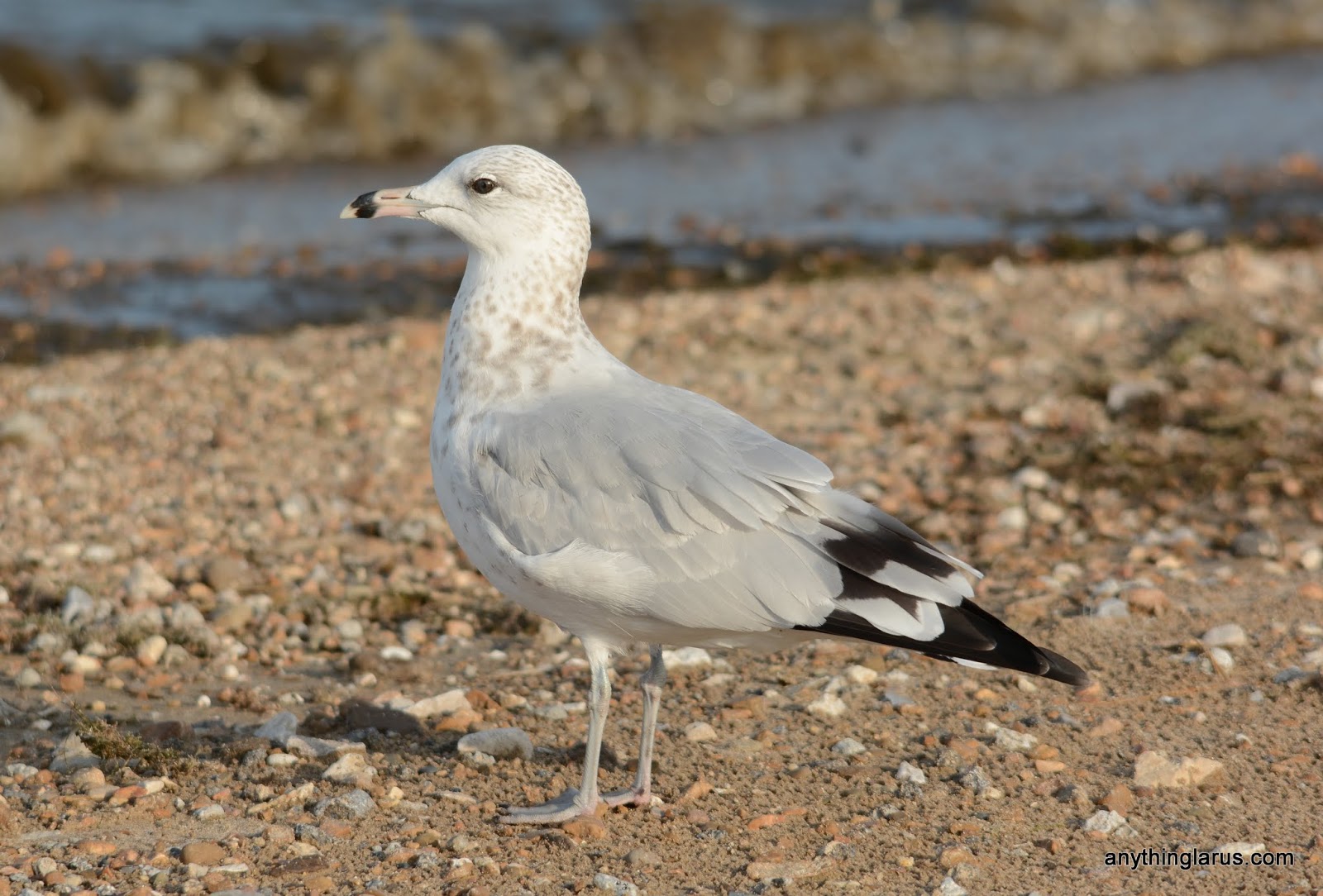 at August 25, 2014
Email ThisBlogThis!Share to TwitterShare to FacebookShare to Pinterest

Here's a small collection of American Herring Gulls photographed 5-12 miles offshore from Berrien County, MI. The birds were photographed from a boat with a crazy mix of weather conditions, beginning with partly cloudy skies, bright sunshine, heavy overcast and then intense fog. As is typical on these boat trips, we begin with more Ring-billeds 1-2 miles from shore, and then transitioned to a majority of Herrings at about 5 miles.


At approximately 12 miles from shore, we lost ALL of our gulls (despite still providing chum). The heavy fog might be the reason why the birds dropped off, or perhaps it's a simple "cost-analysis" solution that the birds have worked out in the summer months.
at August 19, 2014
Email ThisBlogThis!Share to TwitterShare to FacebookShare to Pinterest

My short semi-annual runs to the East Coast are usually just enough time for me to visit the most popular gull hangouts between Chesapeake Bay, Delaware Bay and Cape May. Early August is the best time of the year for me to get my fill of Great Black-backeds, a species I don't regularly see in large flocks. Below is a collection of GBBGs photographed on the beach adjacent to the South Cape May Meadows. The focus of this post is separating 1st summer and juvenile types - a task not too difficult.


The 1st summer bird above is aged (at this time of year) by the relatively white head, paling bill, and plain upperparts (compare the greater coverts of both birds above, for instance). Also, the very short wing projection on the 1st summer bird is shorter than what we'd find on most fledgling juveniles by this date.

So juveniles are obviously classified as first cycles (juvenile plumage=first basic), but how exactly do we categorize the molt progression of "1st summer" birds? First summer, large white-headed gulls in the northern hemisphere are currently molting from first cycle to second cycle. In this molt, they're typically replacing all of their flight and body feathers via the 2nd prebasic molt (PB2). By mid-late fall most of these individuals are what we'd call 2nd cycles, but right now their plumage is a mixture of 1st generation and 2nd generation flight feathers. A good indicator that the 2nd prebasic molt is complete is when all of the rectrices, secondaries and primaries are renewed and fully grown. It's then generally safe for a field observer to say the gull is sporting its second basic plumage. 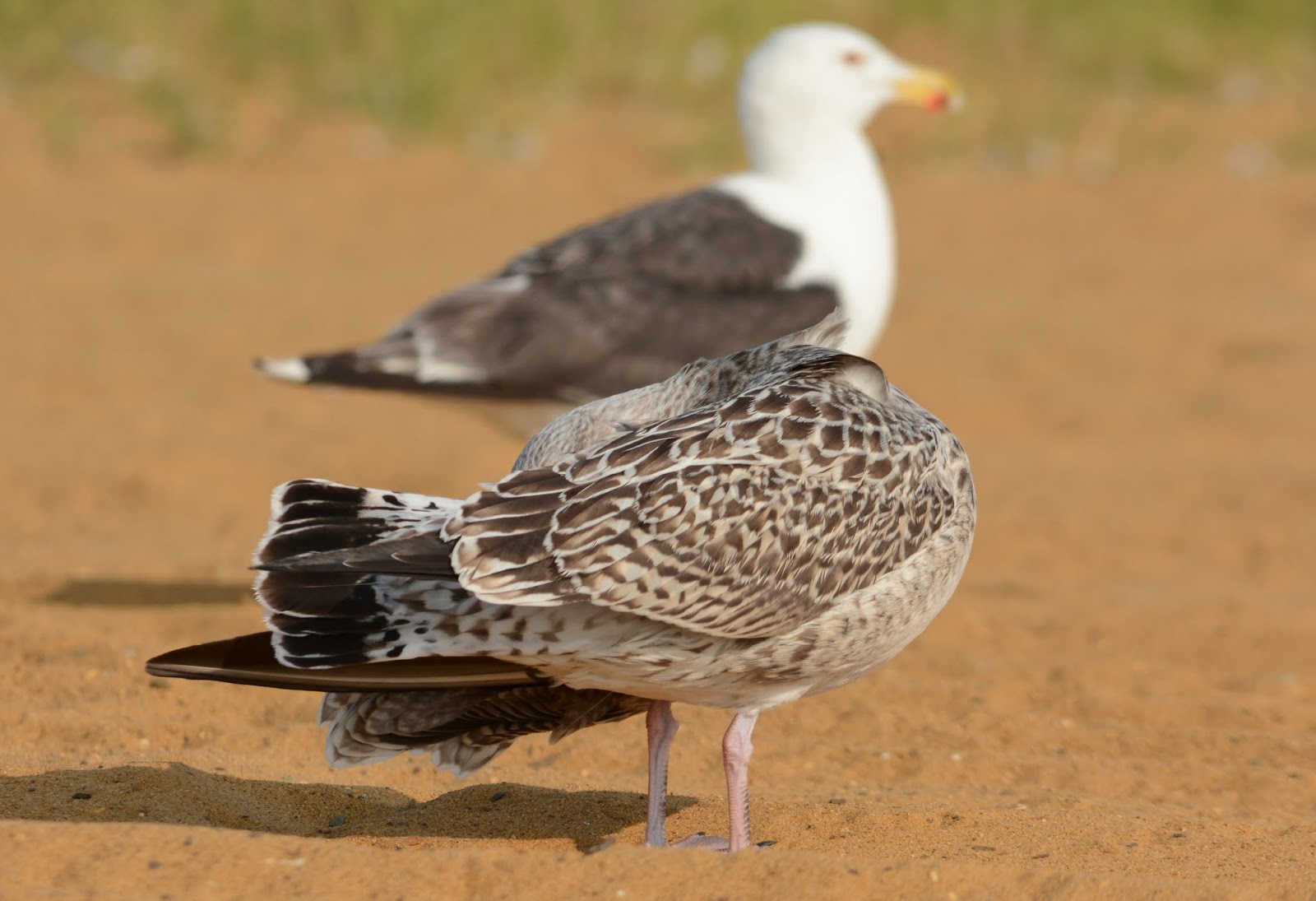 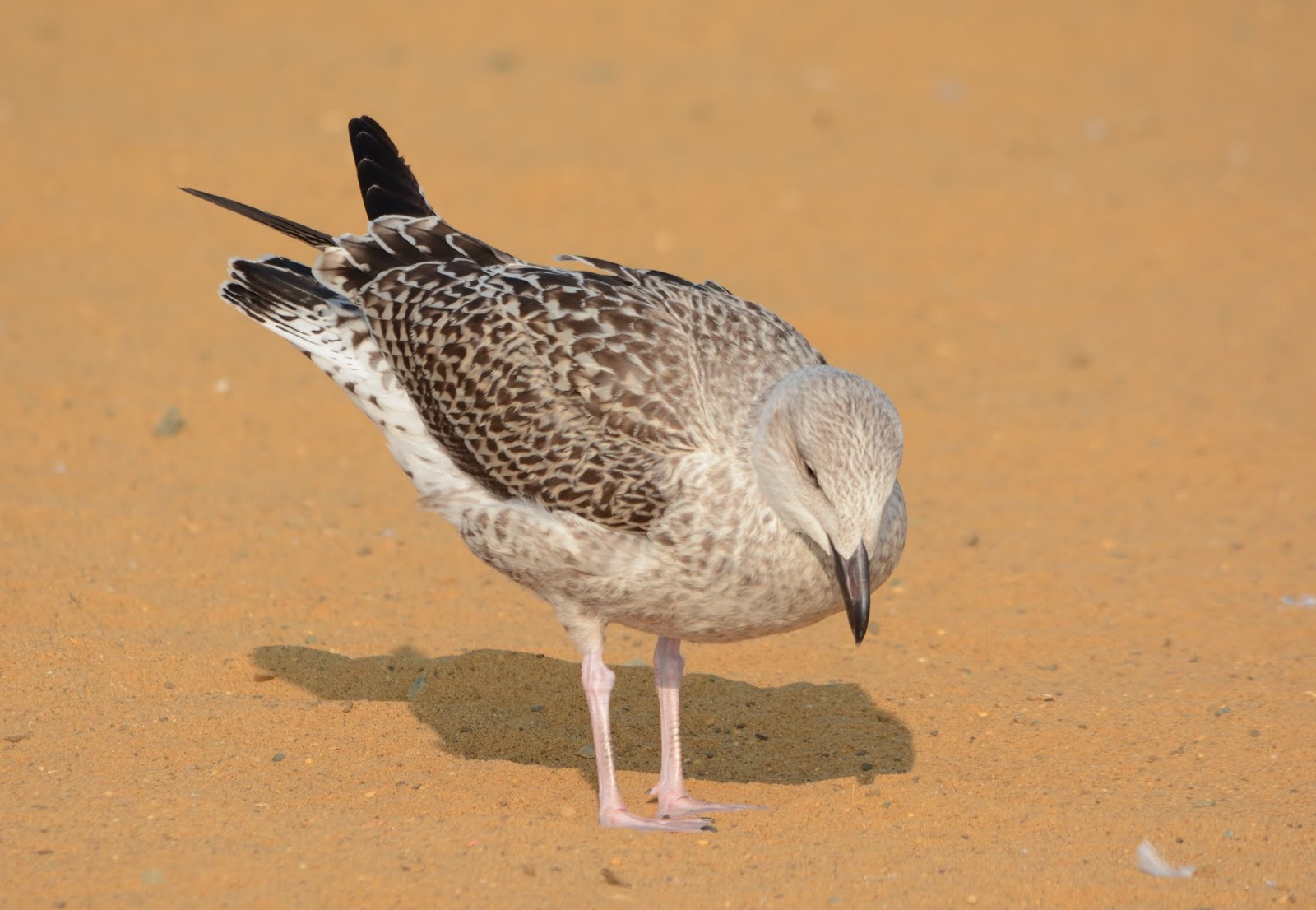 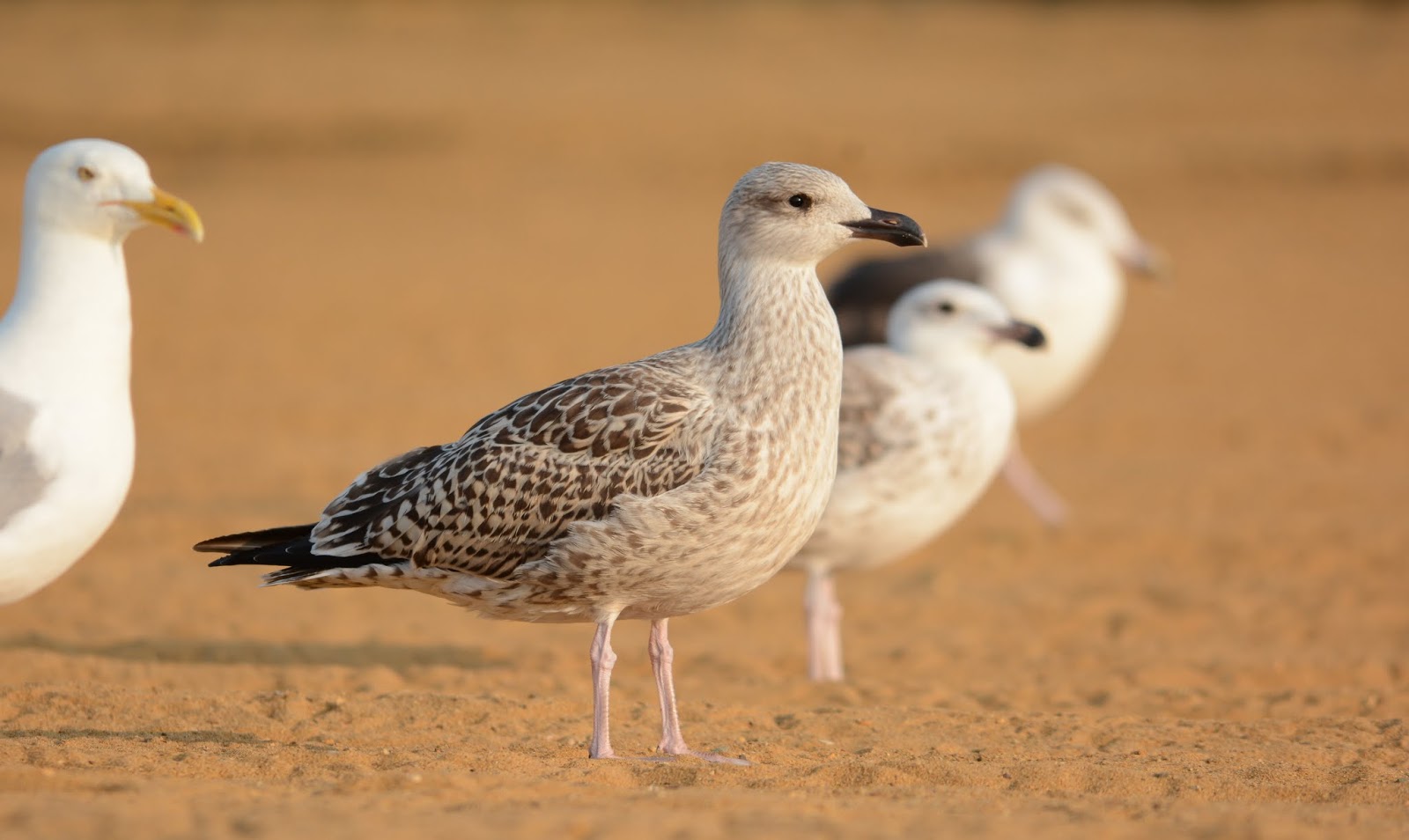 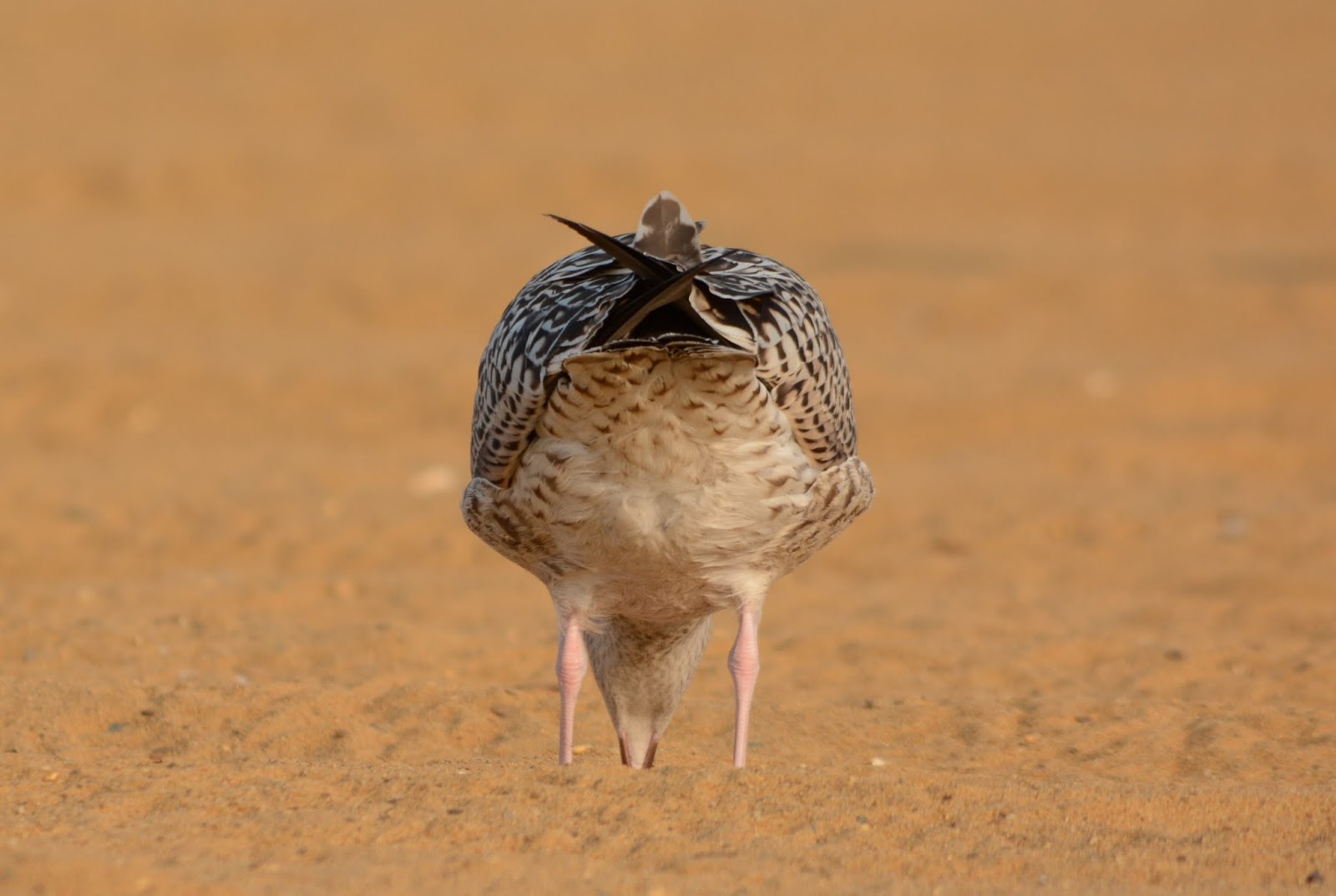 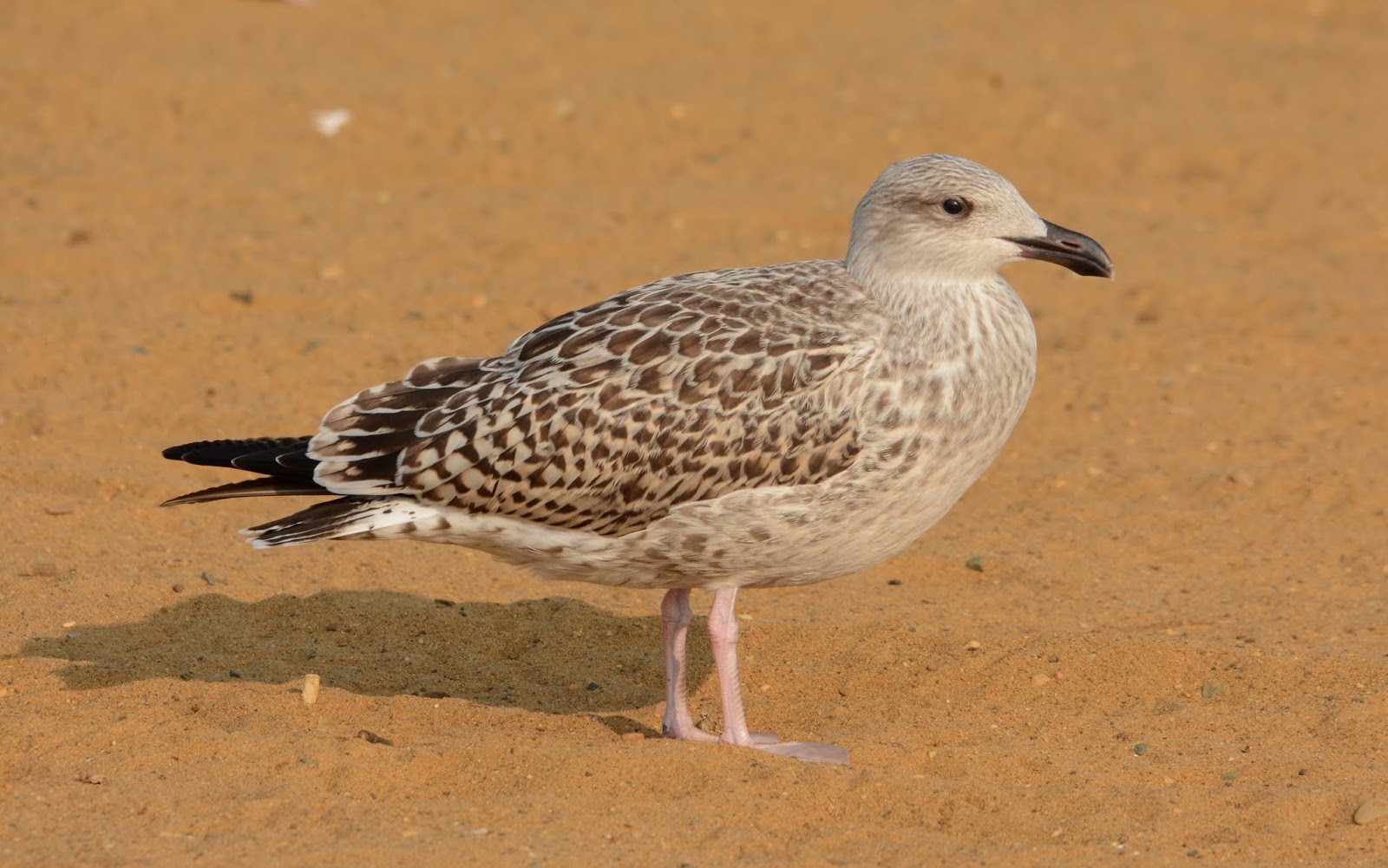 at August 09, 2014
Email ThisBlogThis!Share to TwitterShare to FacebookShare to Pinterest

It's early August and the East Coast is teeming with juvenile gulls. Here's a Laugher that I got pretty decent shots of the other day.

This plumage is incredibly stunning, but moreso when the open wing and fanned out tail are seen together:

Soon these plumages begin to mature and, well, you know how it goes...
at August 08, 2014
Email ThisBlogThis!Share to TwitterShare to FacebookShare to Pinterest
Newer Posts Older Posts Home
Subscribe to: Posts (Atom)