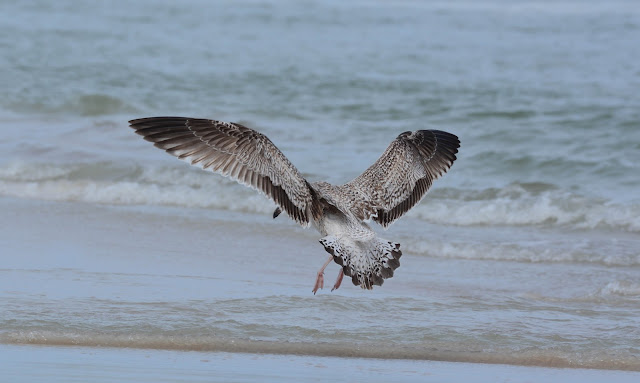 Identification: The pale uppertail coverts with thin, black, tailband immediately point away from Herring Gull (and most other North American large gulls). The secondaries and outer primaries are strikingly dark, a pattern that's expected on both Lesser and Great Black-backed Gull. The wing is broad, and the overall peppered aspect to the wing coverts looks better for Great Black-backed. Structurally, the bill - peeking under the left wing - and the long thick legs add up to a GBBG.