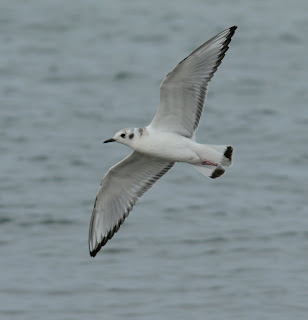 Instead, what we see here is a "spotty" black trailing edge that is discontinuous and weakly patterned, which leaves us with Little Gull.
at July 01, 2020
Email ThisBlogThis!Share to TwitterShare to FacebookShare to Pinterest
Newer Post Older Post Home