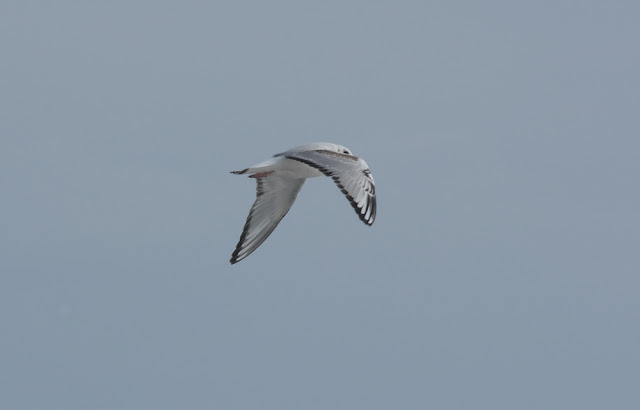 Age: The dark carpal bar across the upperwing coverts, and apparent full tail band point to a 1st cycle gull.

Identification: The overall wingtip pattern and carpal bar point to a small tern-like gull (so-called sternine gull). There are only two species in North America that show a complete black trailing edge from the body out to the outermost primary: Black-headed Gull and Bonaparte's Gull. Seeing the bill would've been helpful as the two typically show different bill patterns. But there's something much more obvious that we can use here. Black-headed has considerably more black on the under-primaries, as seen here. The light gray/white pattern on the under primaries on our December Quiz bird are spot on for a 1st cycle Bonaparte's Gull.