There's something comforting in having reoccuring birds return to our birding haunts. I went out on Sunday, 04 March 2012, to watch gulls on the Chicago lakefront. I started at Calumet Park and was treated to great looks at this hooded larid:

This gull is believed to be a returning adult that has frequented the Lake Calumet area for the last 9 years! Amazingly, it always seems to move in with our first wave of returning Ring-billeds. Where it spends its winters is a mystery, but it goes absent around mid-November and reappears around early-mid March. Needless to say, I was ecstatic when it made its first pass along the pier: 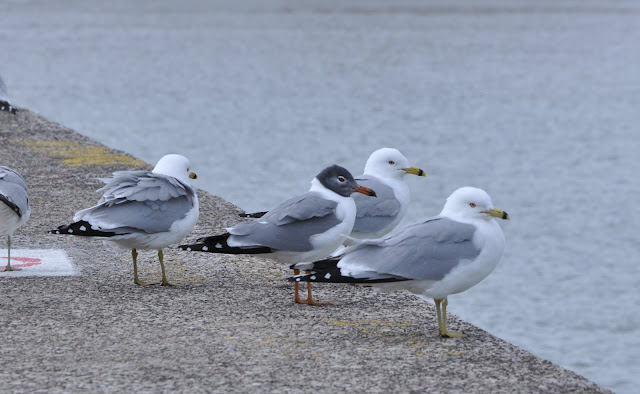 I hit Hammond Marina next with Kumlien's Iceland Gull as my target. Within a few minutes of chumming, this adult Kumlien's came charging through the Ring-billeds:


I thought for sure this one was half-way north to its breeding grounds by now considering the mild winter we've had, but it was still halfheartedly clinging to its winter grounds. I should mention that this bird holds a strict winter territory unlike any other wintering gull I've seen. 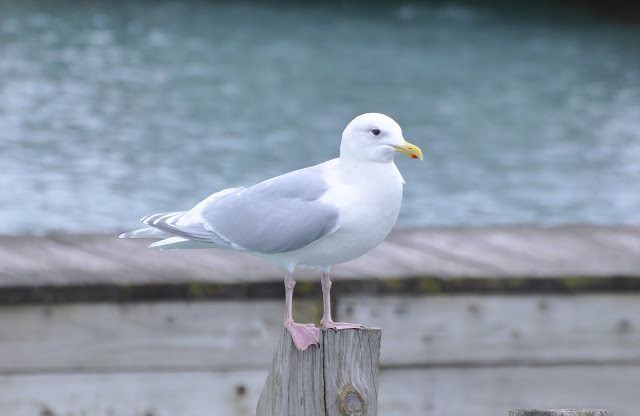 For at least the last 4 winters, it's returned to the same perch at the harbor mouth, escorting out intruding gulls with a less than gentle attitude. One thing it doesn't often do is put down on the north side of the harbor, but today it allowed great views, perching for about a minute that went too fast! 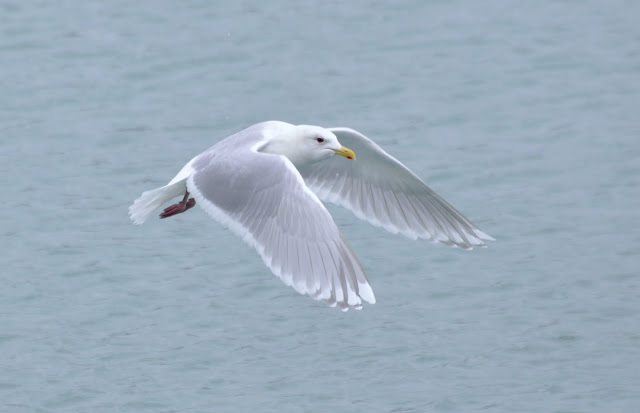 My last stop was the BP Refinery in Whiting. As expected, Great Black-backeds were present on the beach (adult, 3rd cycle and 2nd cycle), but had no interest in coming in. Aside from several adult Herrings picking at a dead fish on the beach, there wasn't much to be seen here.

Here are some other gull photos for the day: