On Friday, 14 February 2014, I spotted an adult Slaty-backed Gull in the parking lot at the Lake County Fairgrounds. The identification was made within seconds of viewing the bird.

I was with visiting gull enthusiast, Maarten van Kleinwee, who has come from the Netherlands to watch gulls in the southern Lake Michigan region. Maarten and I were off to a good start with a few Thayer's, a Kumlien's and 2 Lesser Black-backeds, when I noticed a dark-backed gull landing right of our car. I glimpsed a flash of pink on the legs and the rest was history: 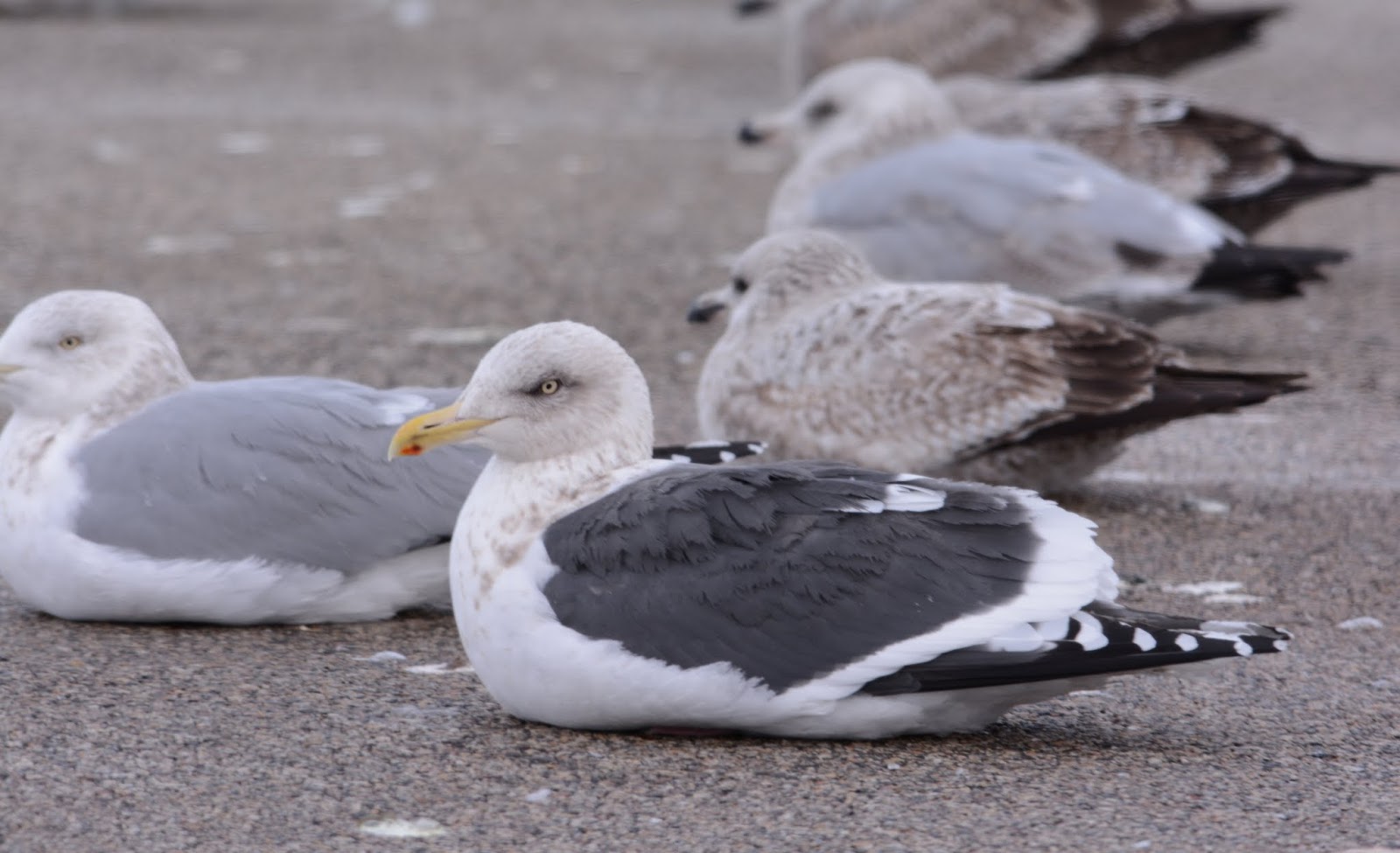 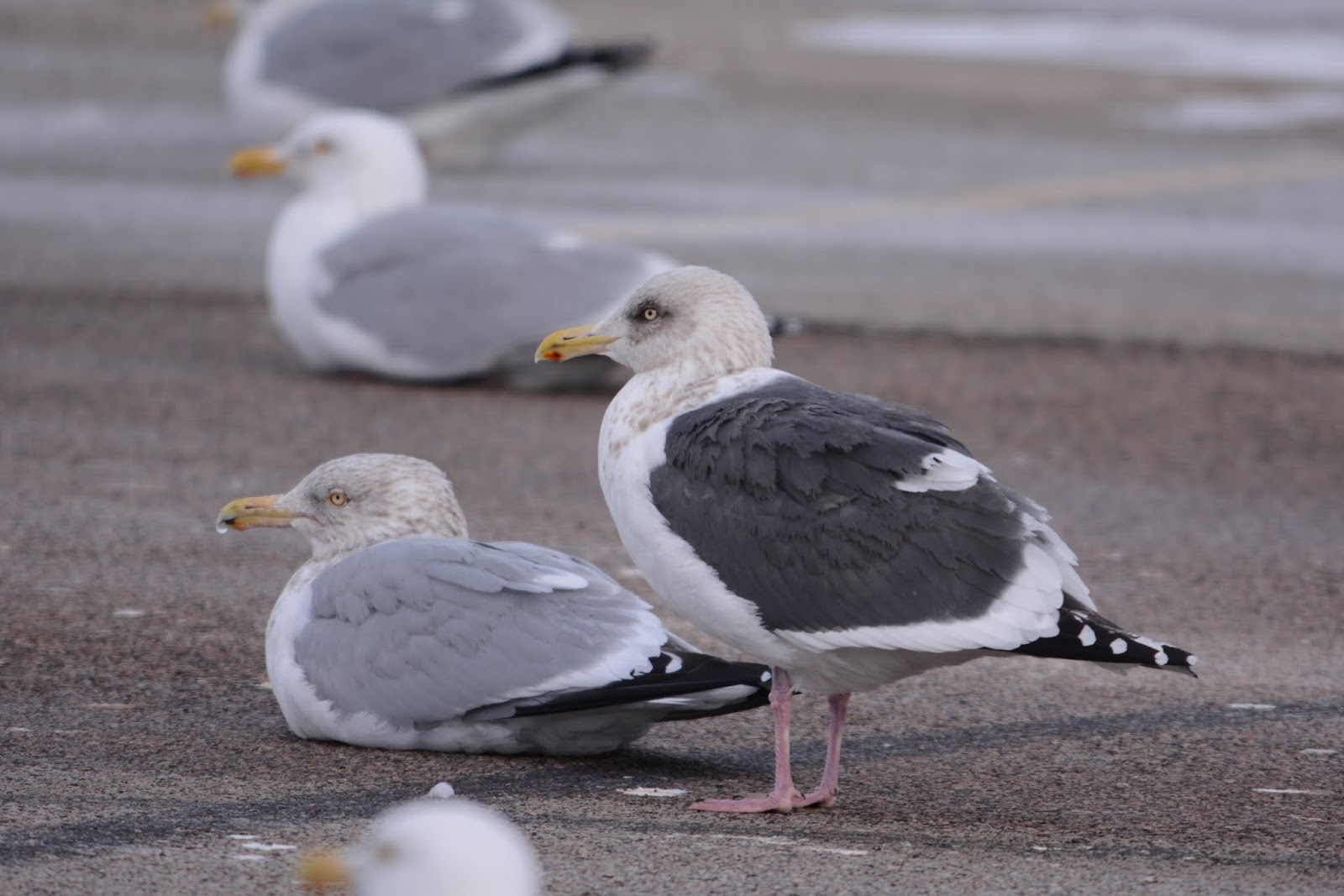 As we were observing the bird, Andy Stewart pulled up and introduced himself. We told him we had a surprise. To not risk shifting the birds in undesired directions, I suggested Andy get in my car so that there wasn't too much going on at one time. He took in this lifer at a distance of no more than 20 feet. The bird could not have been more cooperative!!

After getting the word out, several birders showed up and began checking off this Asian rarity. This will be the 5th Illinois State Record and 1st Lake County Record.
at February 19, 2014
Email ThisBlogThis!Share to TwitterShare to FacebookShare to Pinterest
Newer Post Older Post Home