On Friday, 11 July 2014, I recorded a "Lake Michigan" personal high count of 20 Lesser Black-backed Gulls on the Sheboygan lakefront - a count I've imagined would only be possible in winter. After spending more than 5 hours between Deland and North Point parks, I was confident that at least twenty individuals were present (16 seen together off the point near the gazebo). The age breakdown was 13 first summers, 5 second summers and 2 third summers - no adults!

A collection of some of the more photogenic individuals: 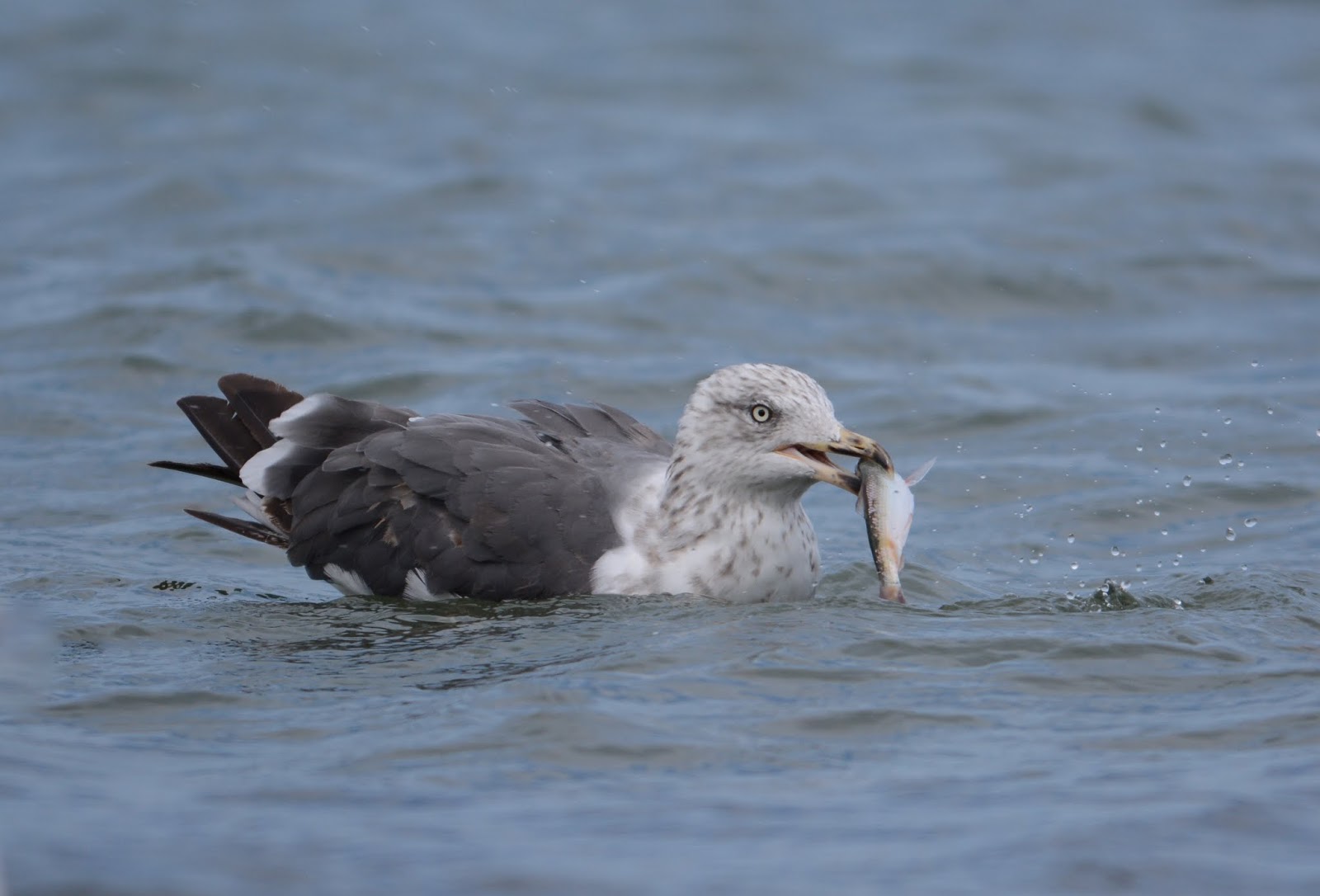 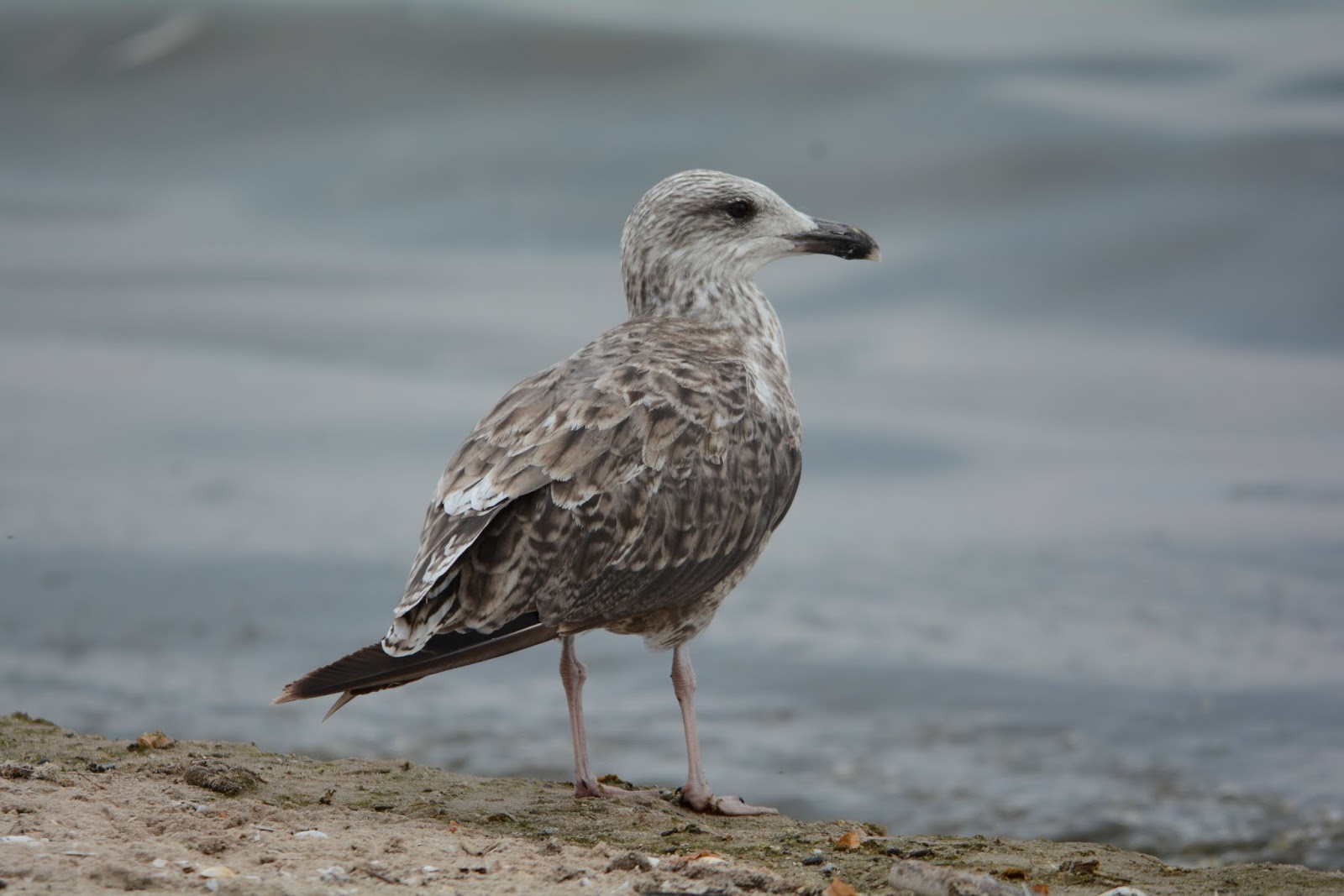 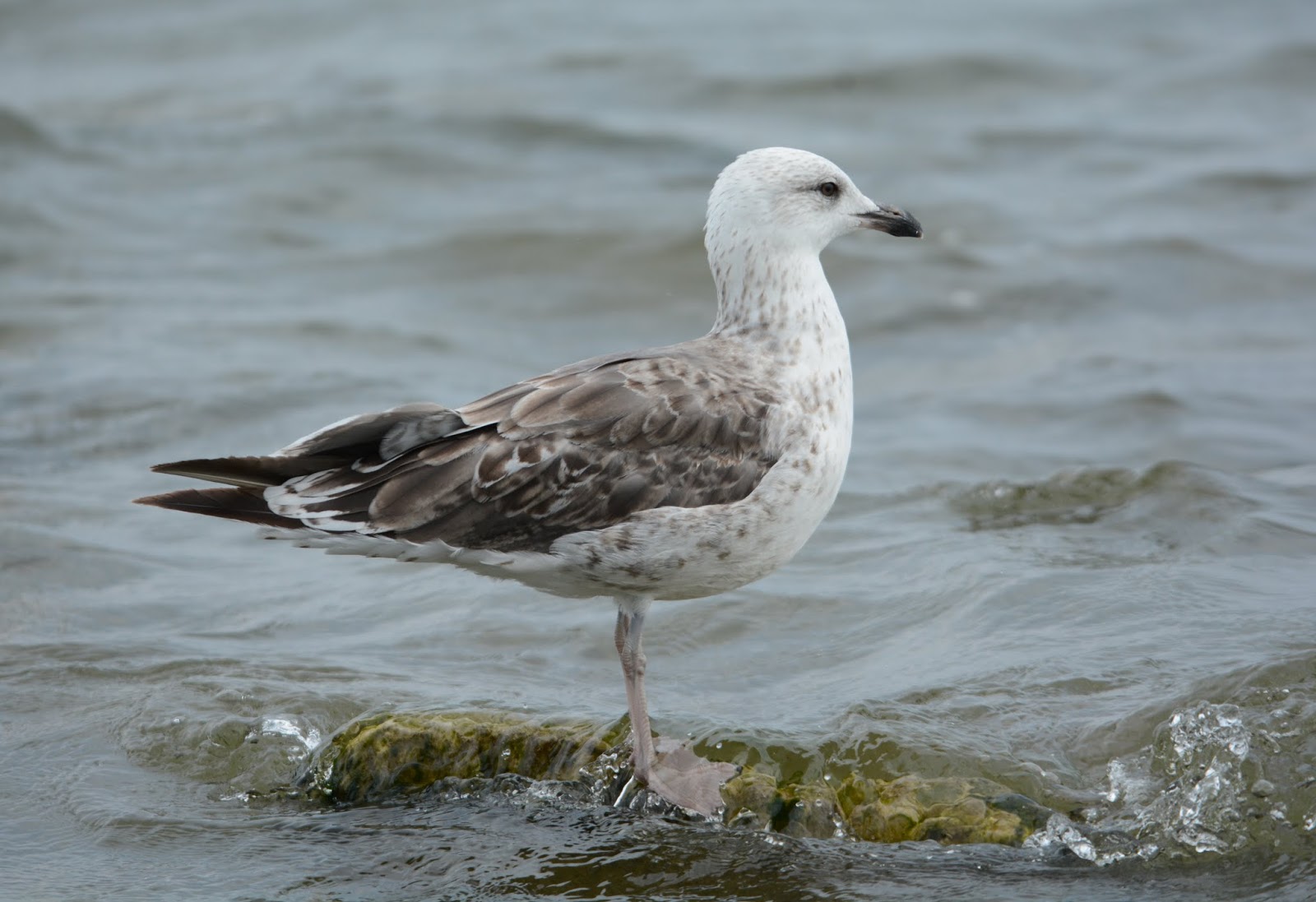 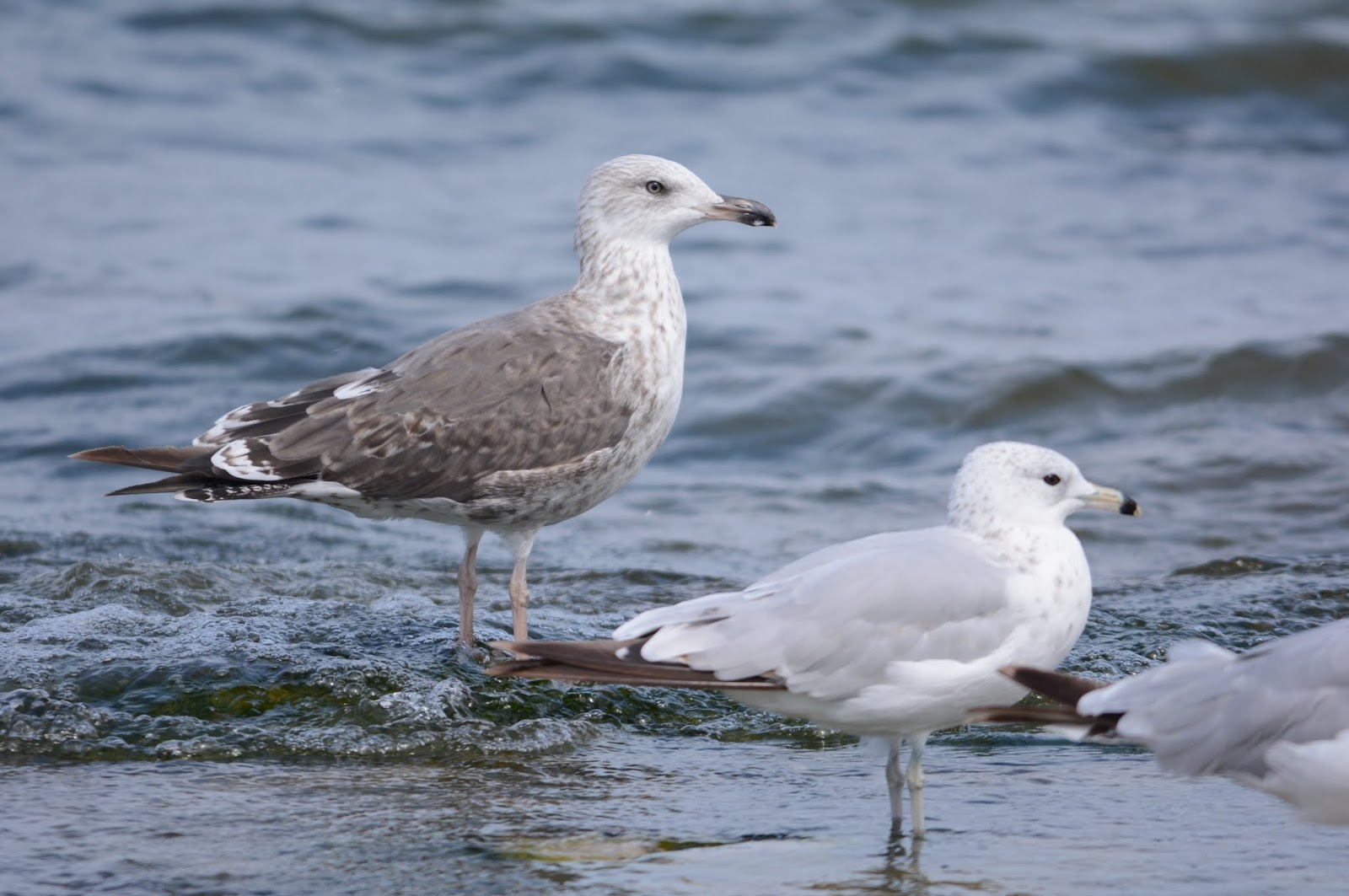 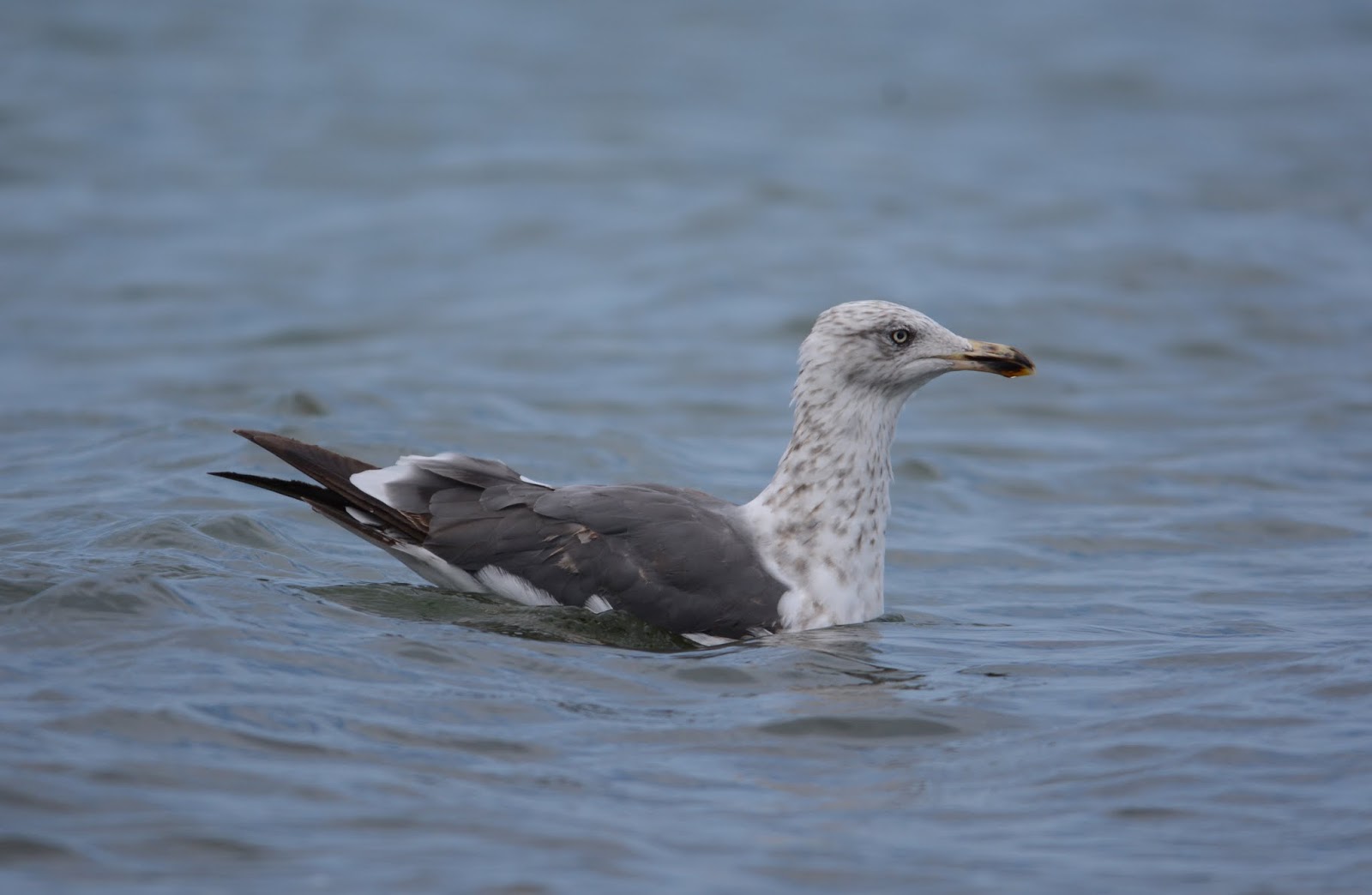 Also of interest was a very cooperative 1st cycle Great Black-backed, catching approximately 1 fish every 4 minutes (this went on for roughly 25 minutes). Keep in mind that Great Black-backed is one of our most skittish gull species on the Great Lakes. 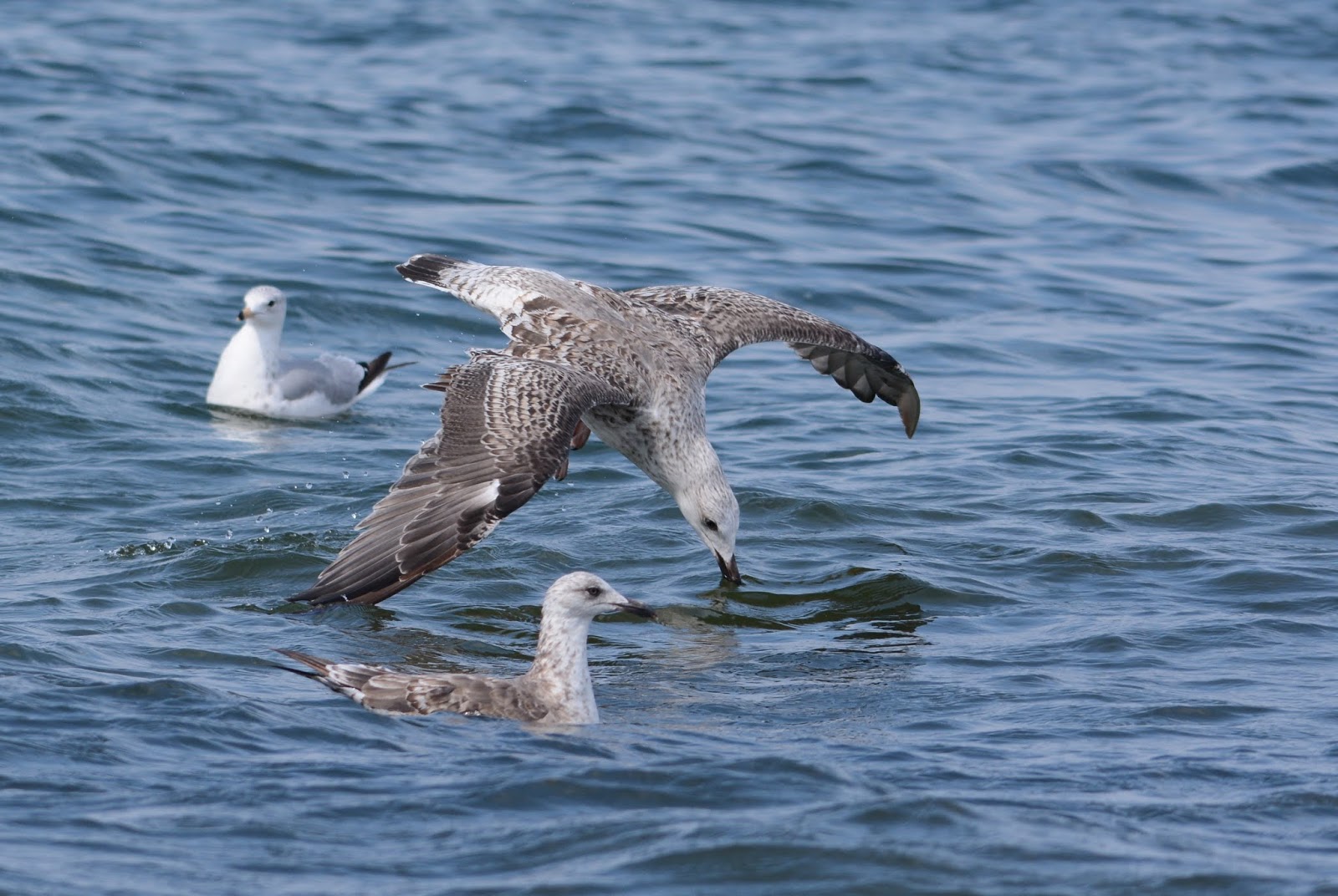 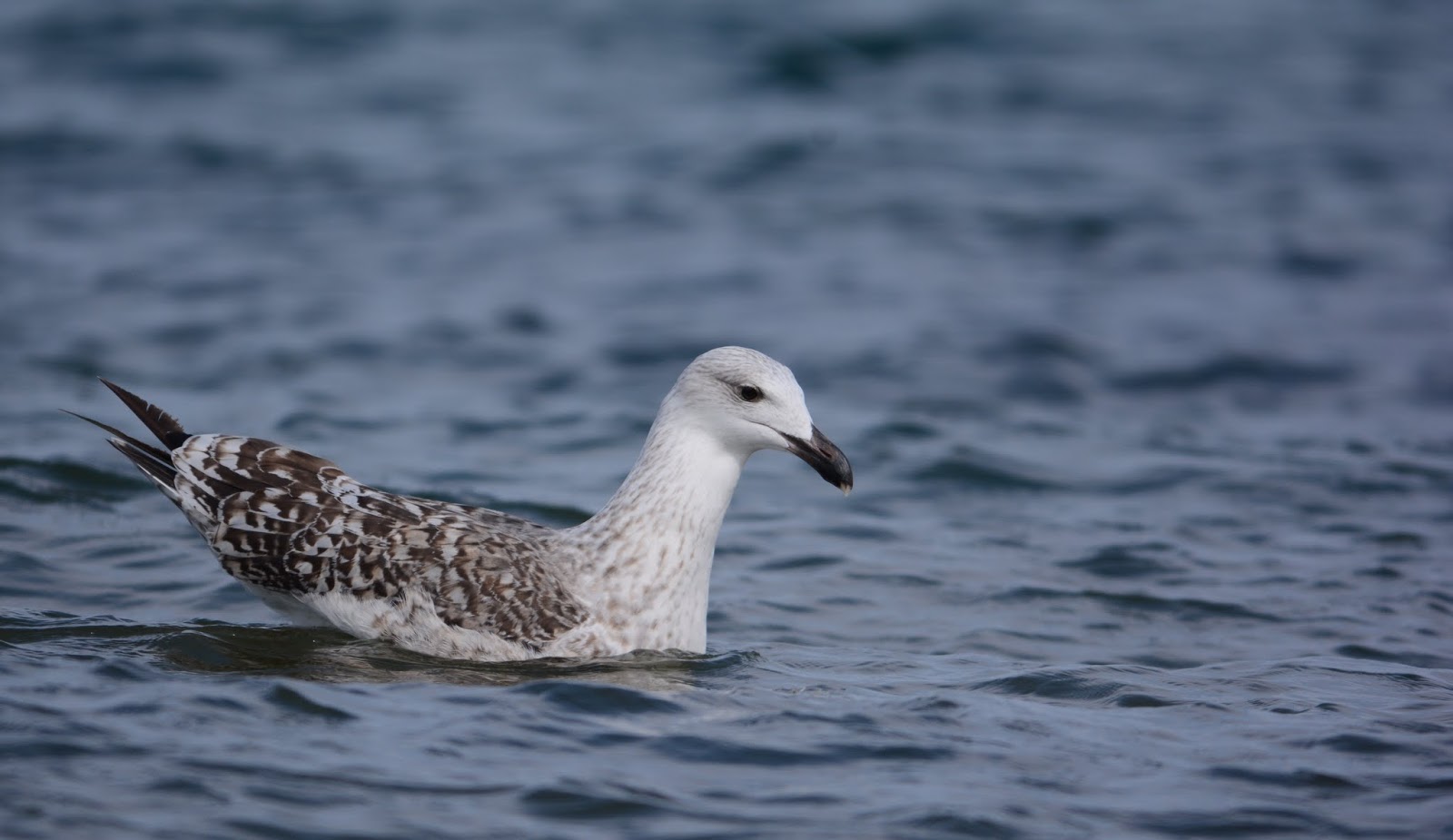 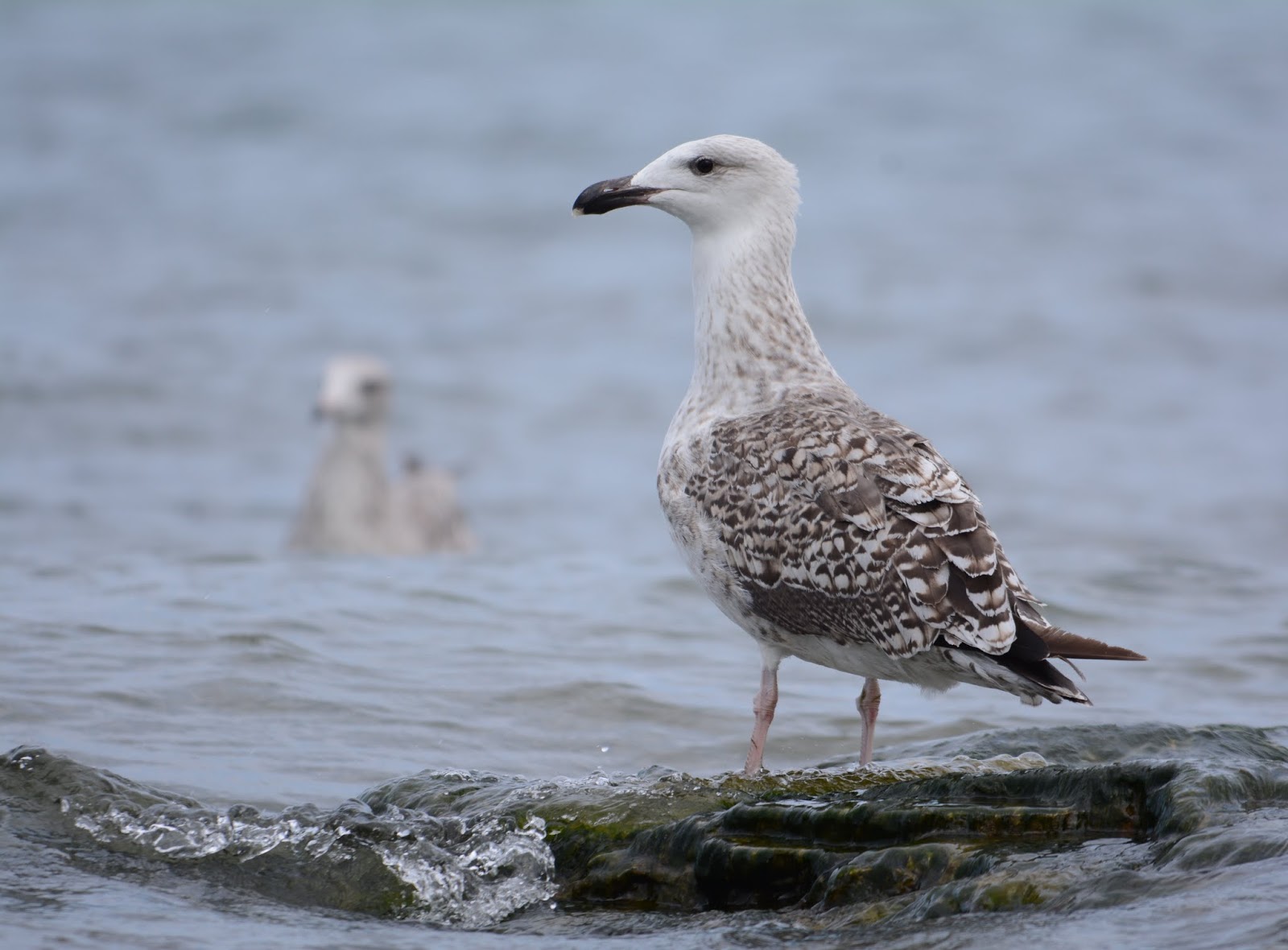 I worry about the easy pickings at this site. The dying alewives and shad may be an undetected problem for these birds. Most of the gulls don't eat the dead fish that litter the shoreline, but they readily catch the slowly-dying individuals. One has to wonder if the fish here are carrying Type E botulism. Historically, this bacteria has been responsible for the death of thousands of gulls, terns, cormorants and other water birds on the Great Lakes, and Lake Michigan is no exception. For a great account of this unfortunate phenomenon, I'd recommend reading, "The Dismal State of the Great Lakes", by James Ludwig.

Another highlight of the day was a 1st summer Thayer's Gull (different than the bird Ethan Gyllenhall, Alex Hale and I observed on 08 June): 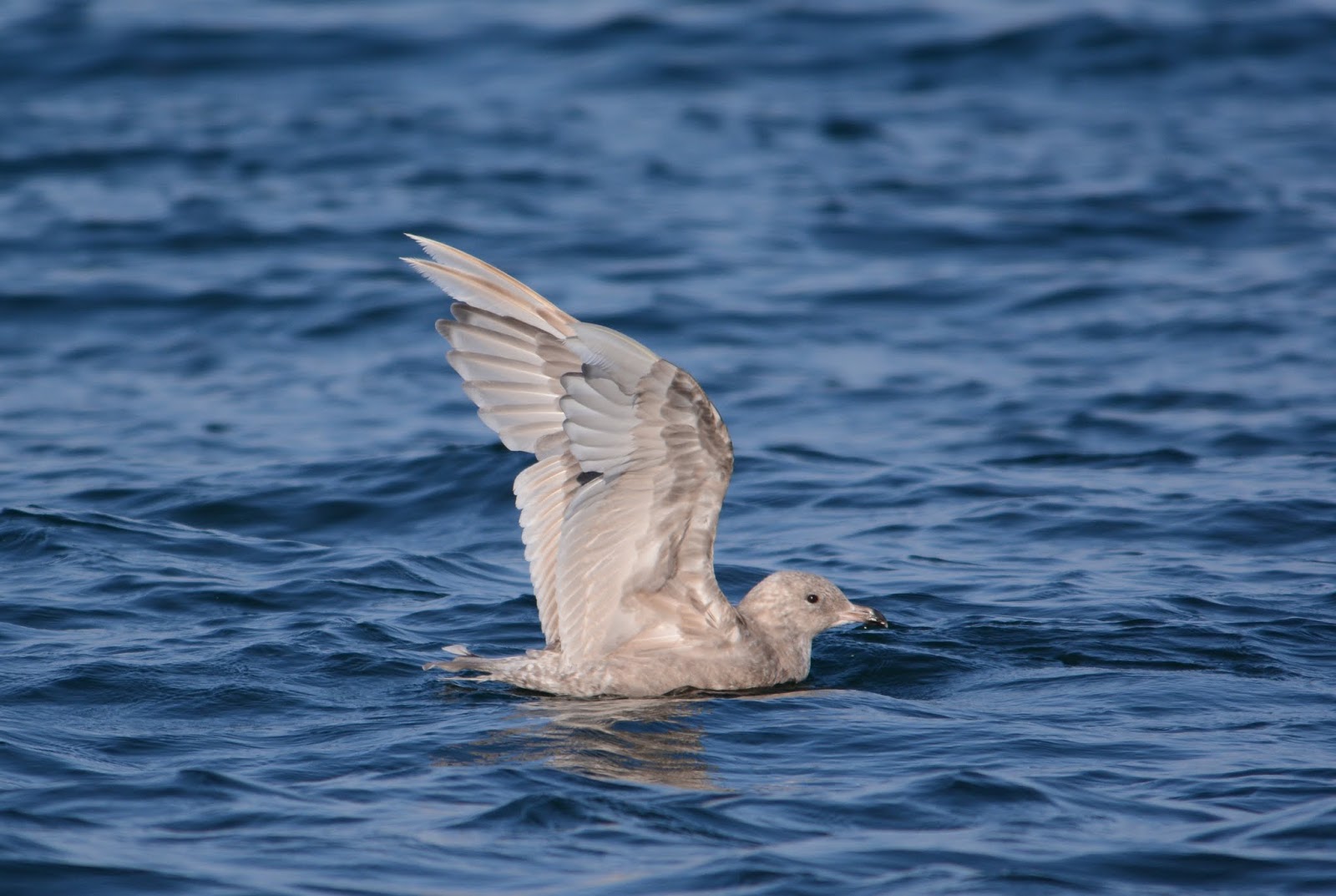 Finally, some open wing shots of the Lesser Black-backeds, displaying an array of primary molt patterns, with the least having only renewed to p3, and some all the way out to p8: 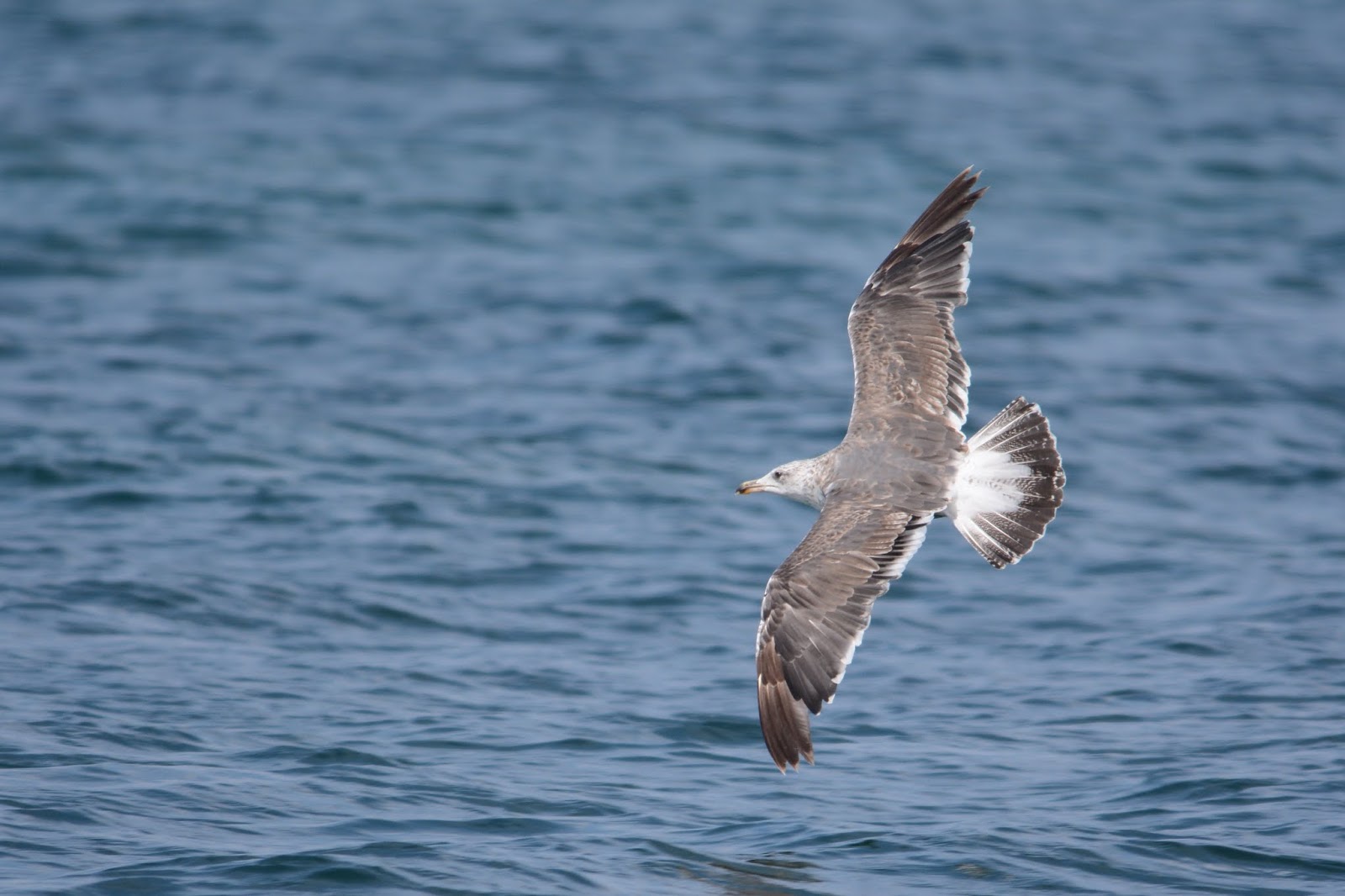 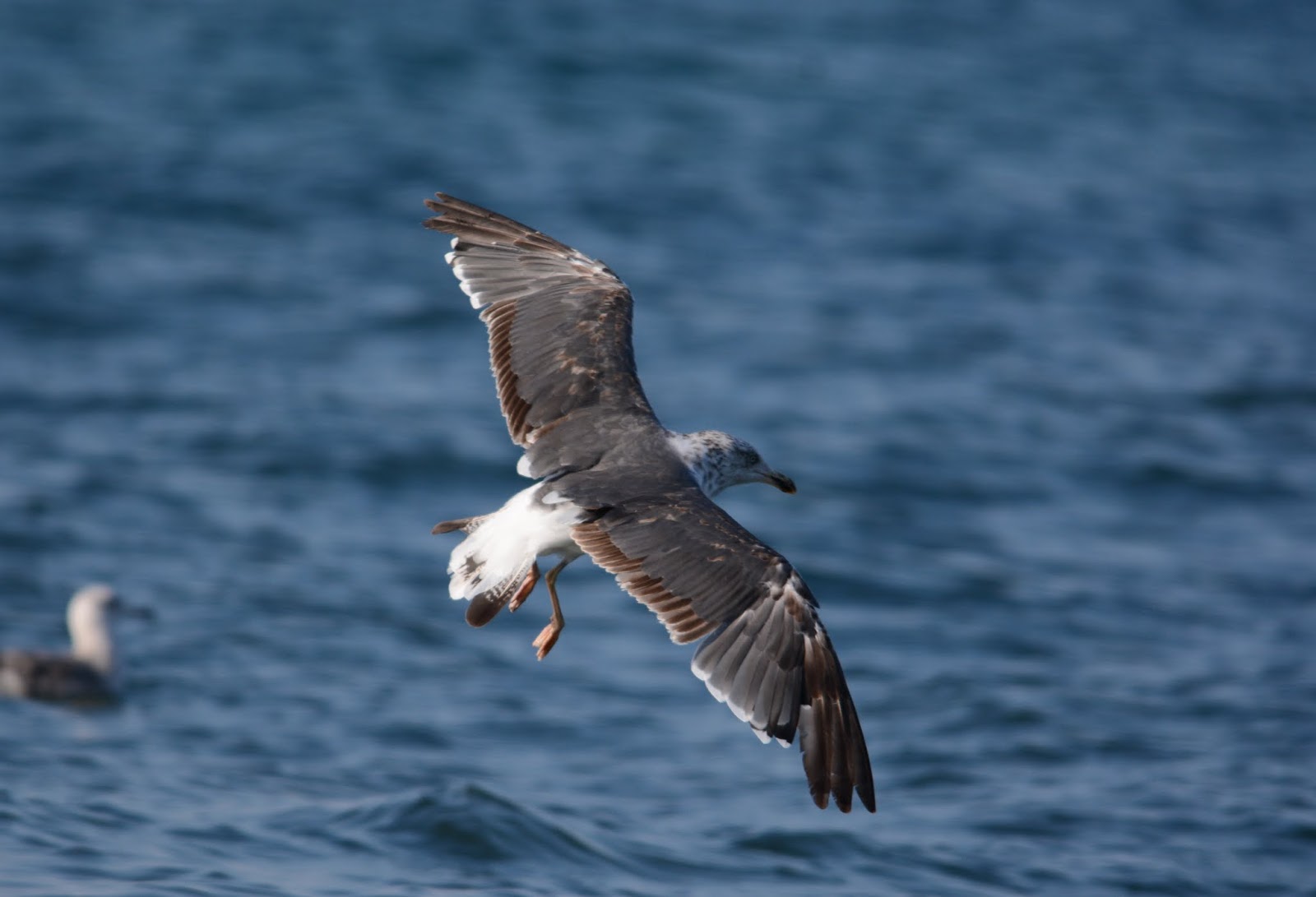 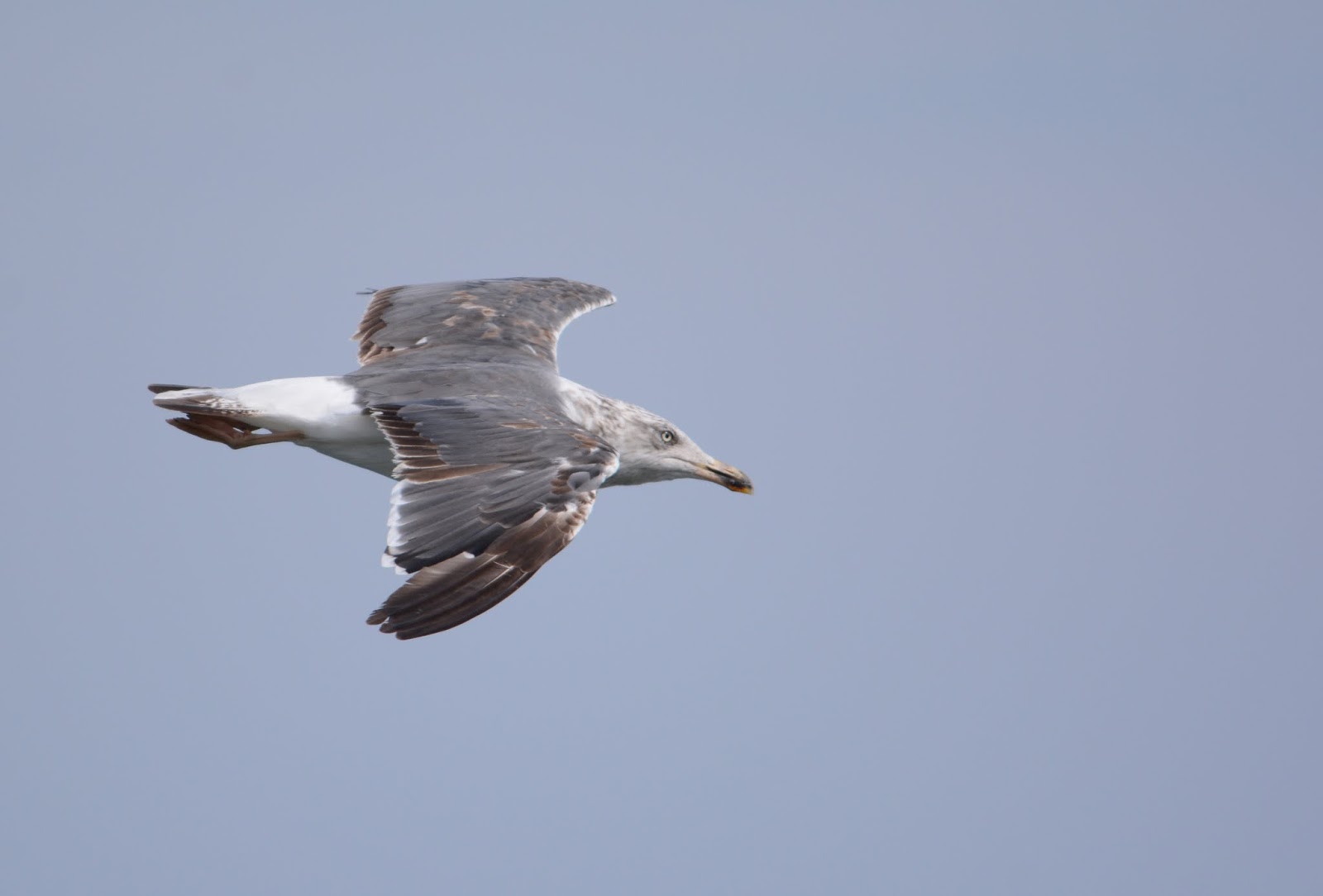 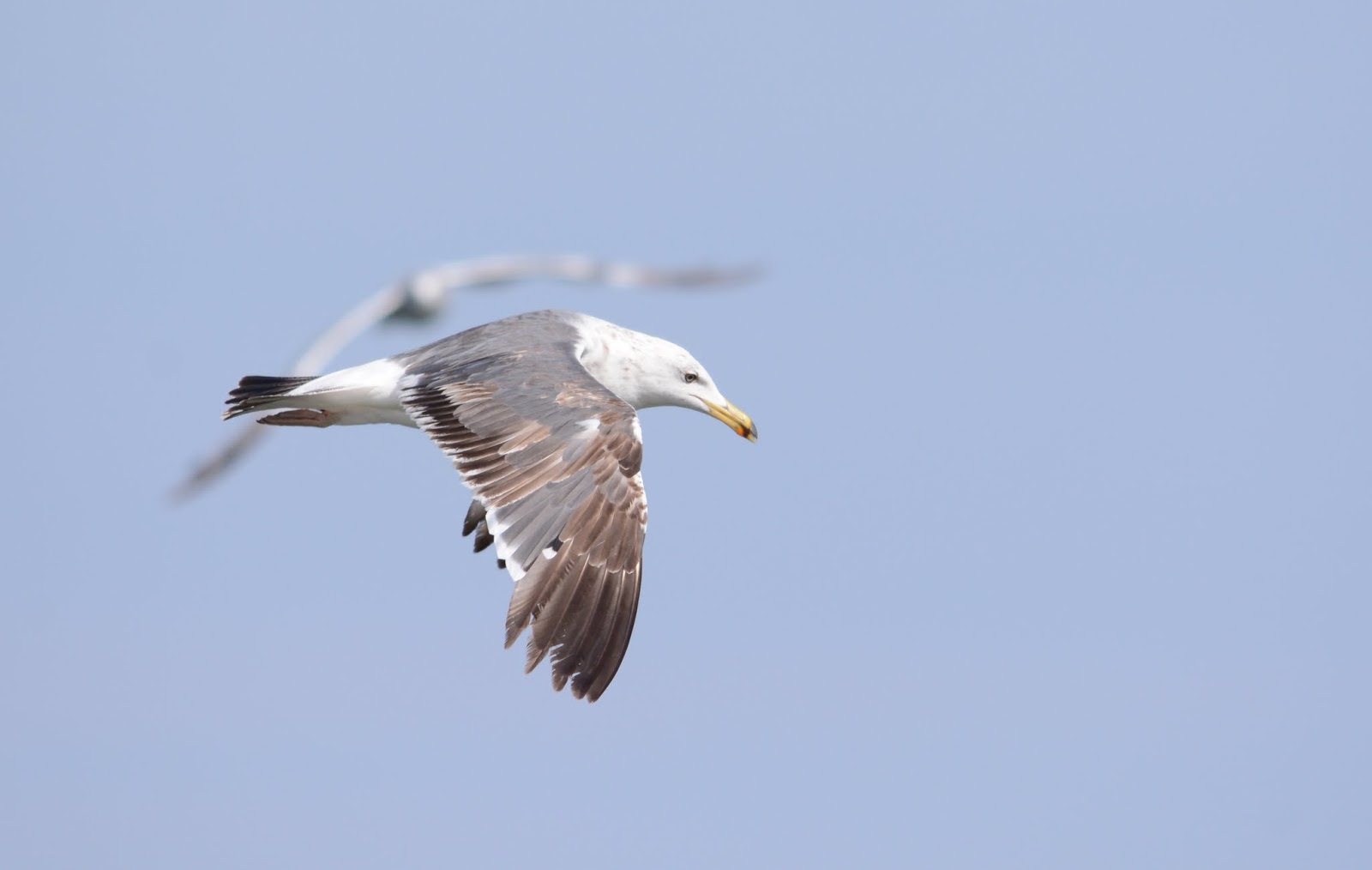 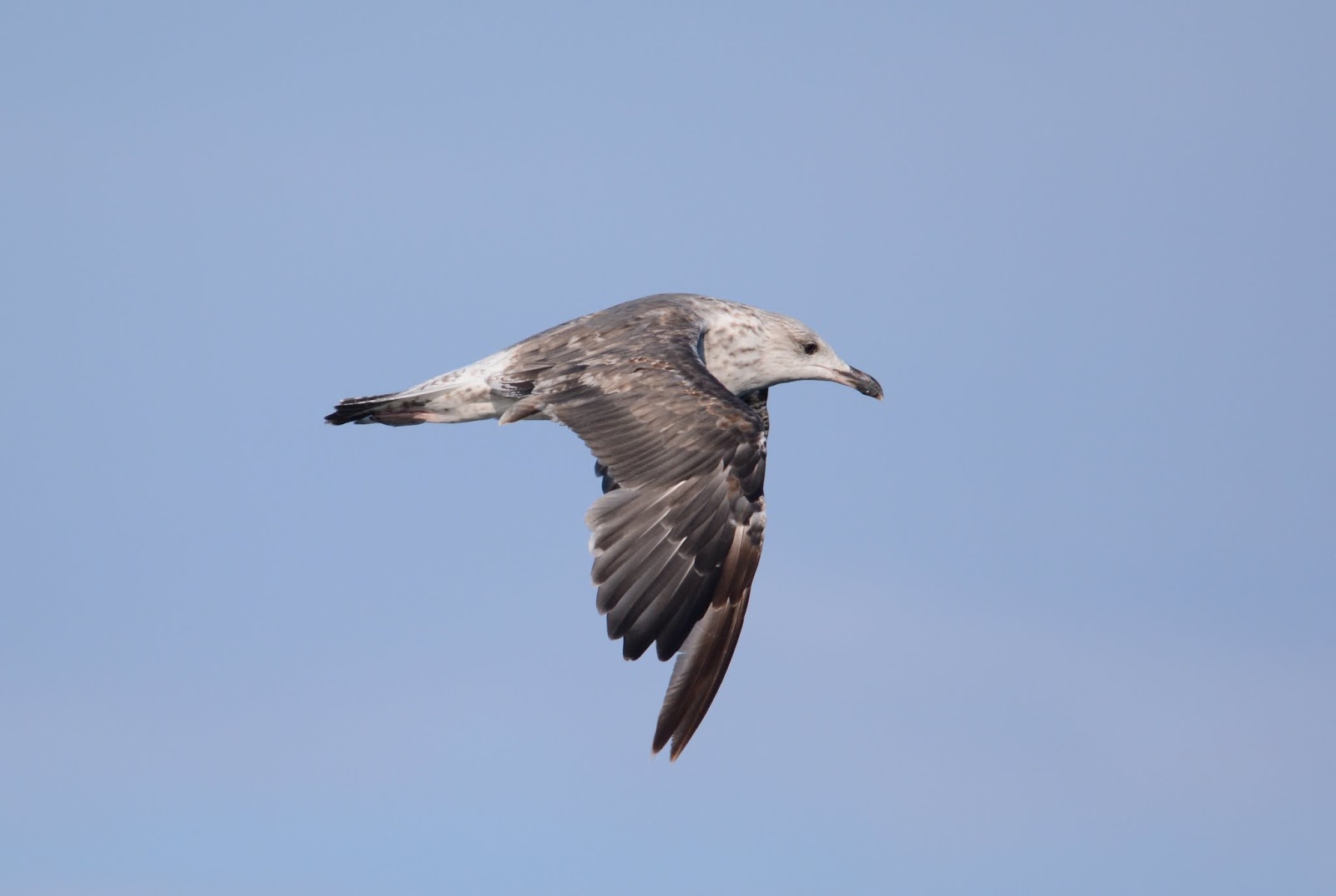 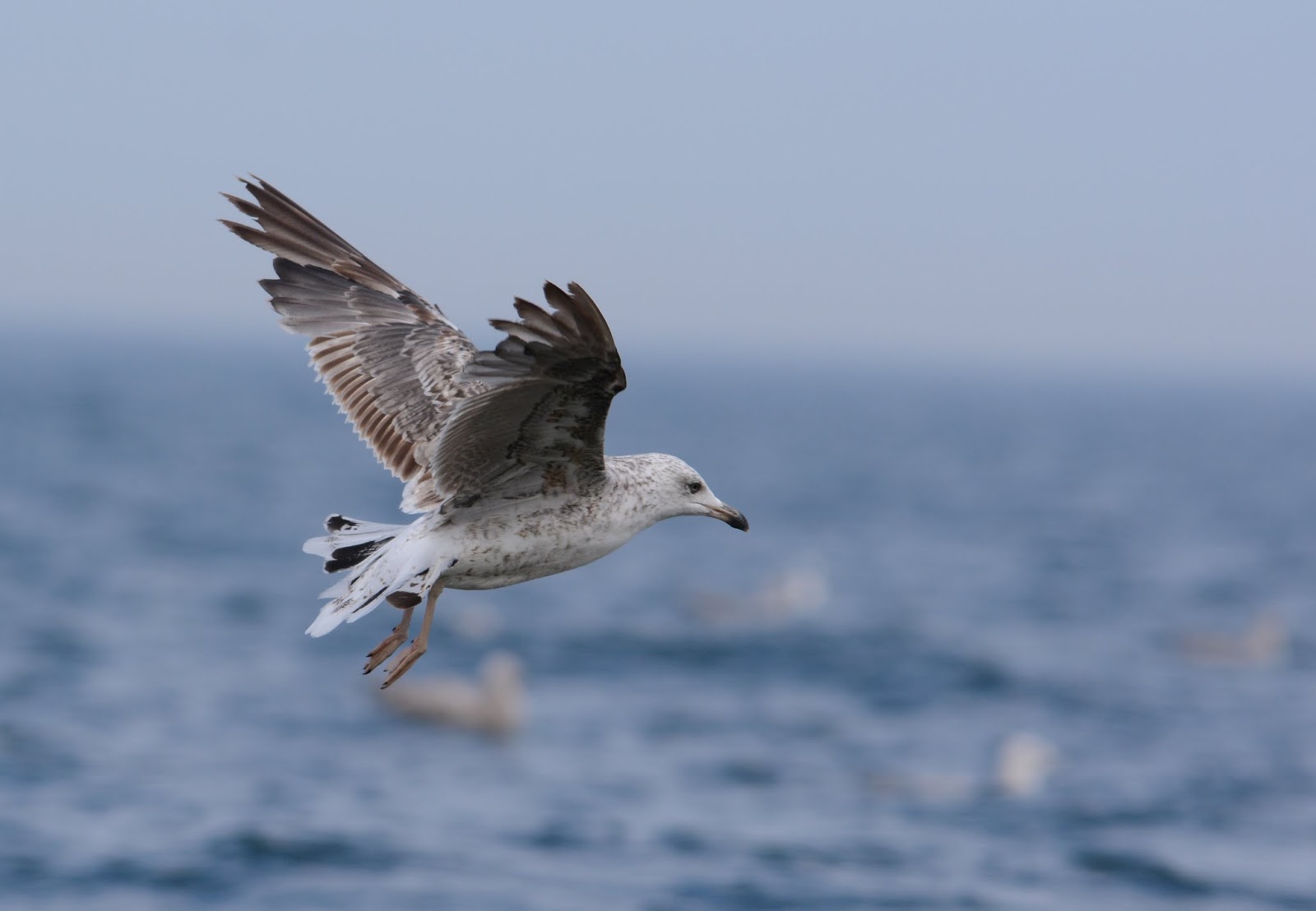 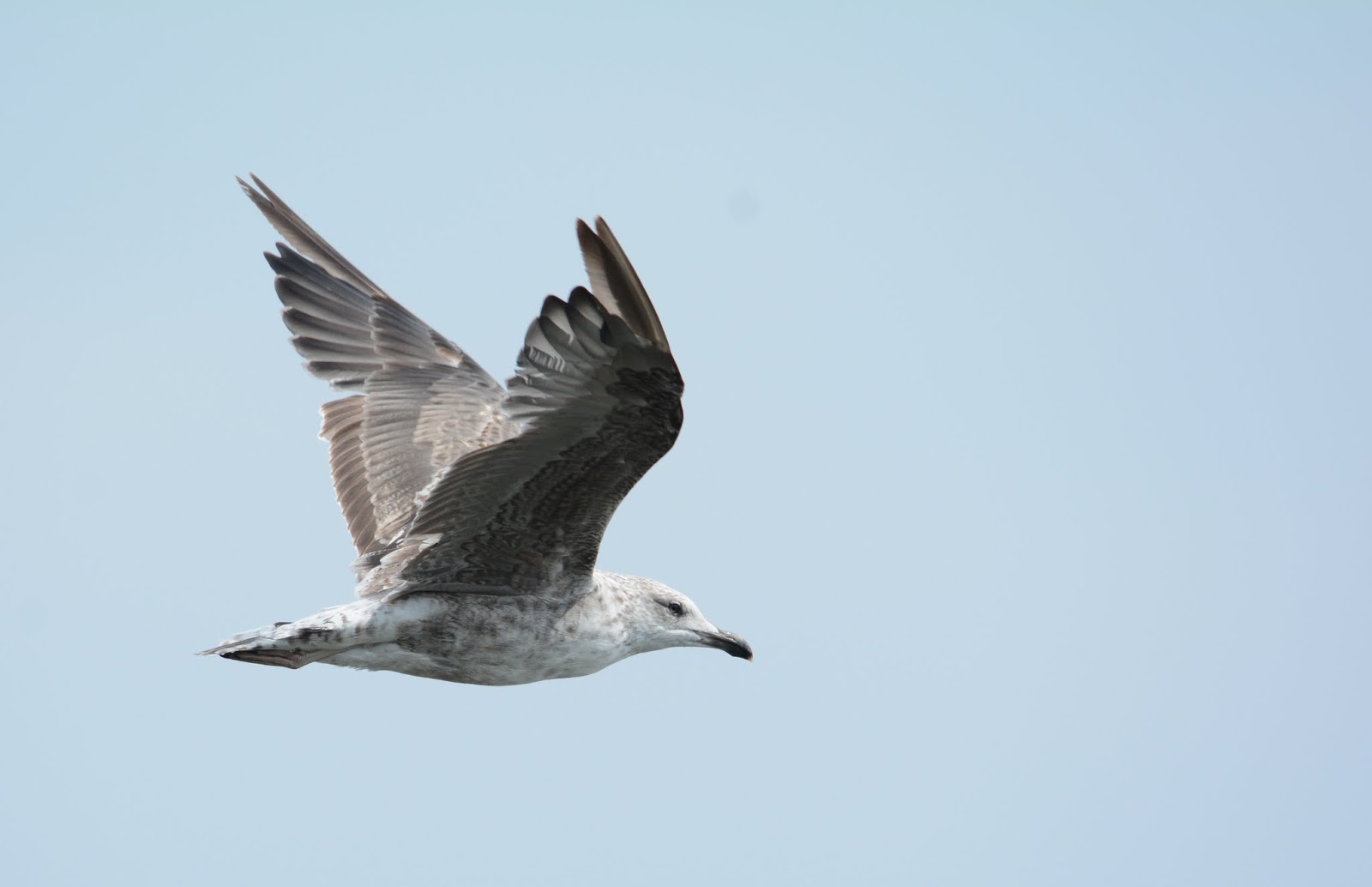 Somewhat puzzling was these two fledgling Herrings, not yet suited for flight, sitting on the lakefront with partial down. I only noticed them coming out of the vegetation when I was already too close for comfort. 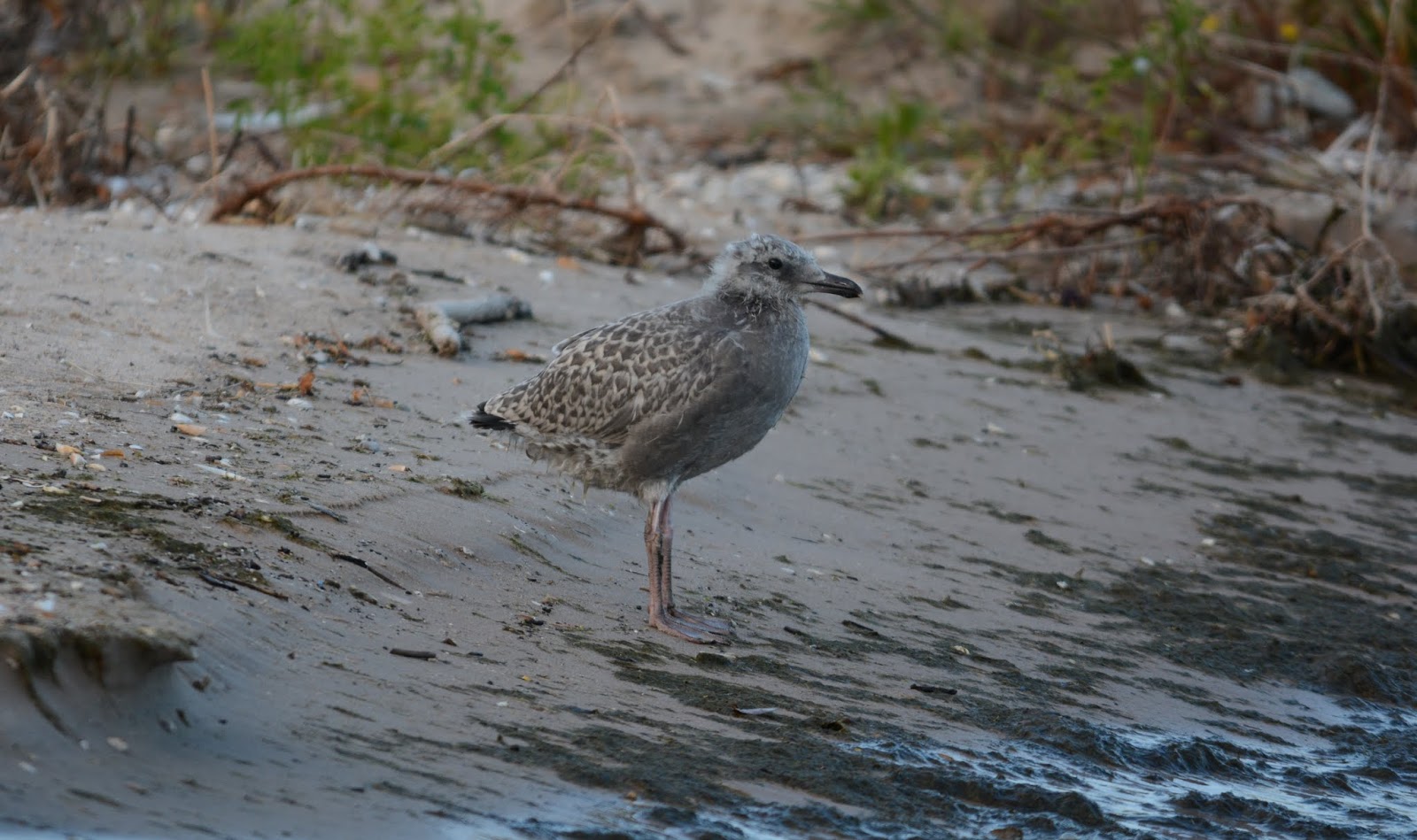 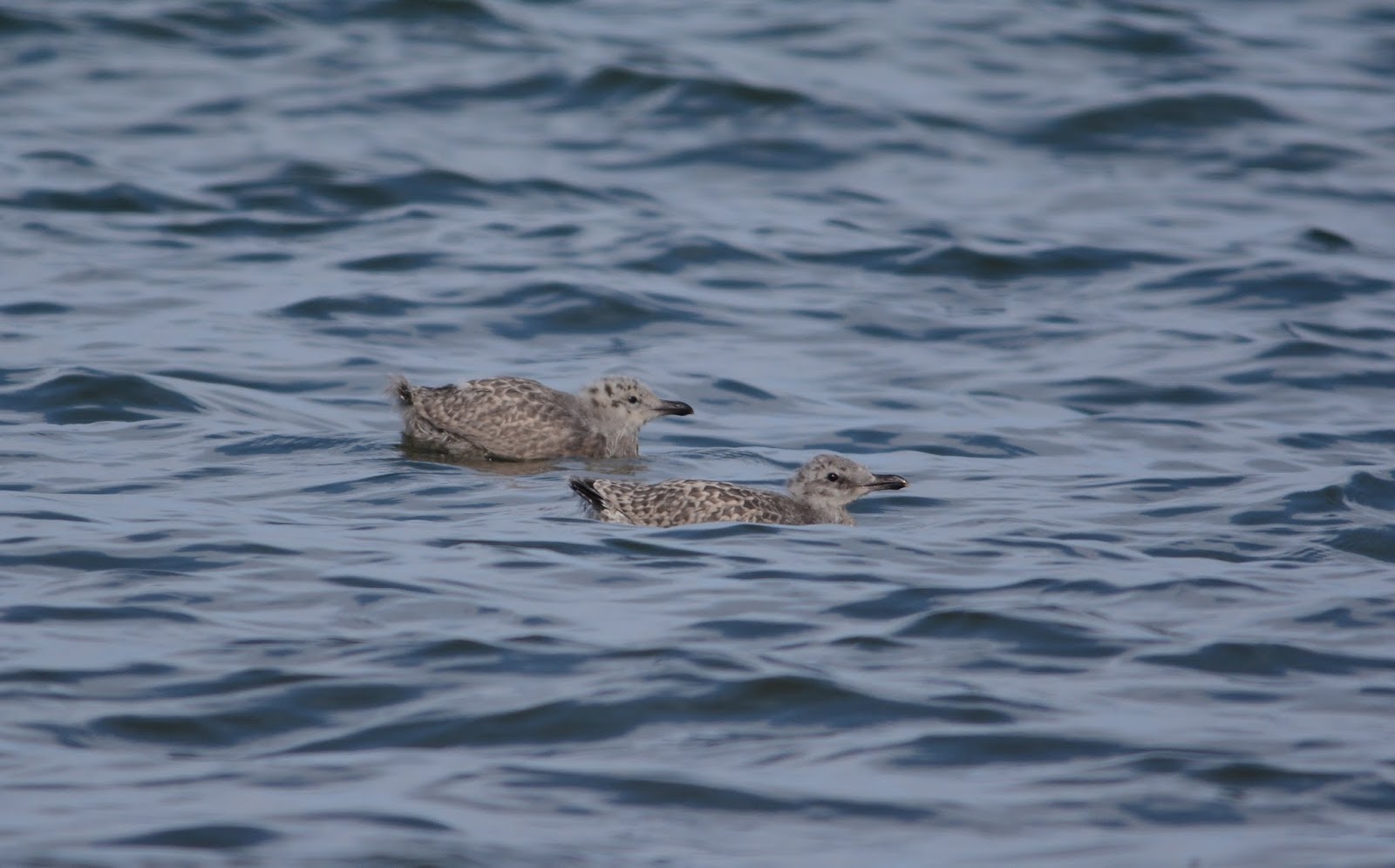 They quickly made their way to the water and swam away as one of the presumed parents began circling over my head and threatening an attack. I hit the road after a, good, long afternoon of summer gulling with the juveniles to my back, wondering what the chances of survival will be for these Lake Michigan Herrings.
at July 17, 2014
Email ThisBlogThis!Share to TwitterShare to FacebookShare to Pinterest