03 July 2015 - Greg Neise and I made several stops along the Wisconsin lakefront (Port Washington, Sheboygan, Manitowoc and Two Rivers). The season is getting progressively worse with little to no gulls in Port Washington and Sheboygan. This is almost certainly due to the lack of fish die-off.

The gulls at Manitowoc weren't using the south pier when we arrived, but there were gulls on the two defunct cribs south of the south pier, including 2 Great Black-backeds (1st/2nd summer types) and a Glaucous Gull (2nd summer type). We also had our first juvenile Herring of the season (a tad early for a fully fledged HERG to be flying). 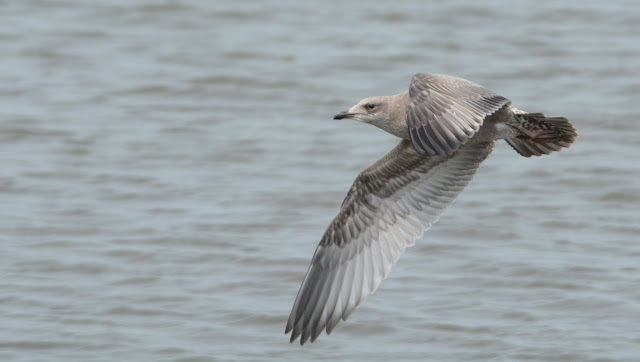 In Two Rivers, we had a small cooperative group of RBGUs & HERGs south of the Seagull Camp Ground, south of the south river mouth:

Although most of the rooftop-nesting Herrings in this area seem to prefer flat roofs, occasionally one can find them on sloped roofs and while scanning a group of resting birds in Two Rivers, we found about 10 pairs nesting on a church: 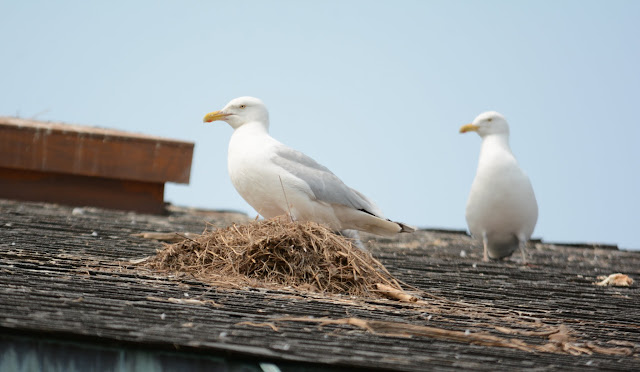 04 July 2015 - I made a few stops along the Michigan lakefront before our Independence Day get-together. Most of the beaches are loaded with people on this weekend - no surprise - and to top it off, almost all charge out-of-state entrance fees. But one gets lucky sometimes in finding large groups of gulls clustered together in isolated areas away from the heavy beach traffic, and this is exactly what we found in Muskegon. I was hoping for a lingering GBBG or LBBG - no luck. Just more RBGUs and HERGs, but I'm not complaining ;).