Greg Neise and I recently spent a day birding with Jim Pawlicki on the American side of the Niagara River. It was a fun day of watching gulls, including this gorgeous adult California Gull:

We also got great looks at this individual: 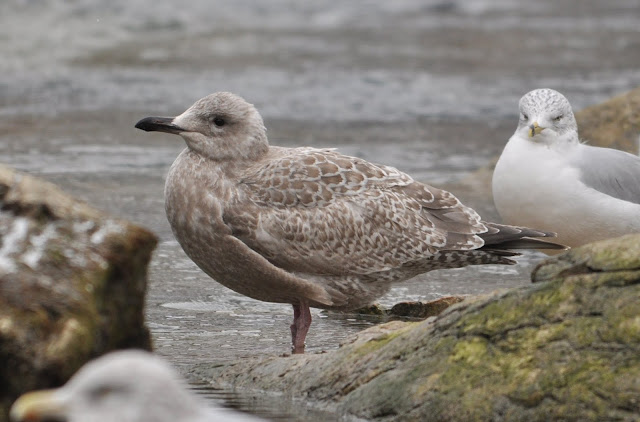 This bird's identity had been questioned by several observers, causing brief confusion. This was mainly because it was observed at a distance in flight, giving the impression of a Slaty-backed.

﻿
There was also this NE American Herring: 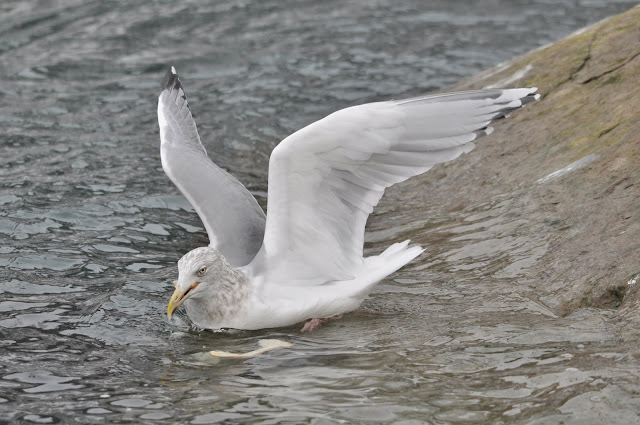 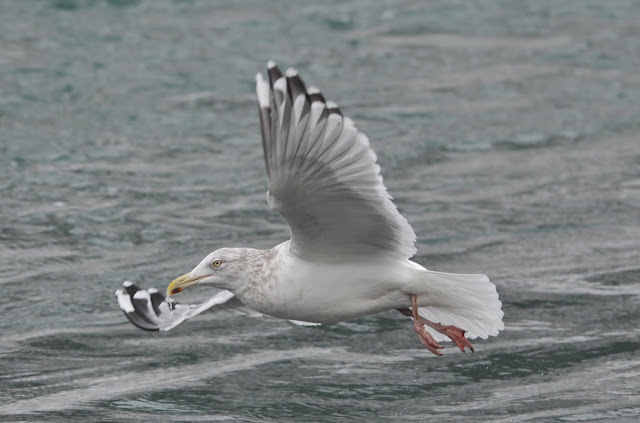 And a couple more Kumlien's:

And some miscellaneous shots:

Jim introduced us to his local passerines that come right in to the sound of his whistle:

And finally, this young Red-tailed came right for my head with its landing gear (talons) extended: 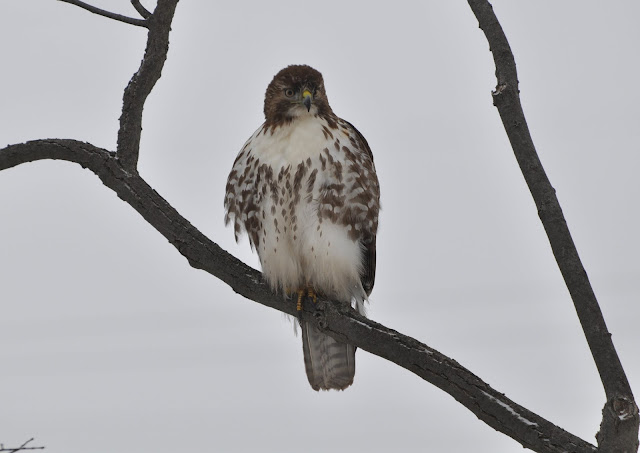 Evidently, it thought my trooper hat was a rabbit or squirrel. If it wasn't for Jim's last second warning and me flinching, it probably would've put a "little" scratch on me. Now mind you, our bodies were concealed behind a brick wall and all this bird can see from the other side of the river was our heads. Here's the famous hat: 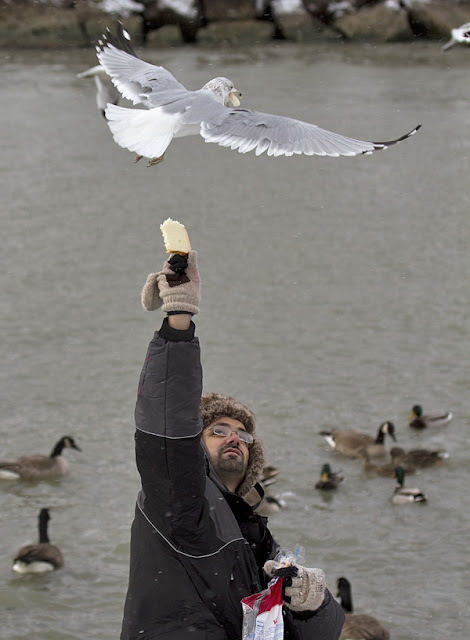