Sometimes you just get lucky without much effort! That's exactly what happened today when I stepped on the beach at Michigan City Harbor in Indiana. I had been itching for a 1st cycle Kumlien's Iceland Gull for a while as I hadn't seen one on Lake Michigan for this winter:

The tertial centers on this bird are rather solid and darker than usual, but everything else suggest a textbook individual: 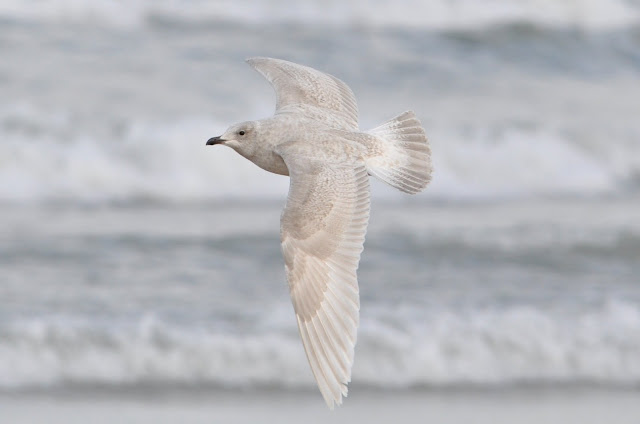 I also had this 1st cycle Thayer's that showed rather pale flight feathers and tailband: 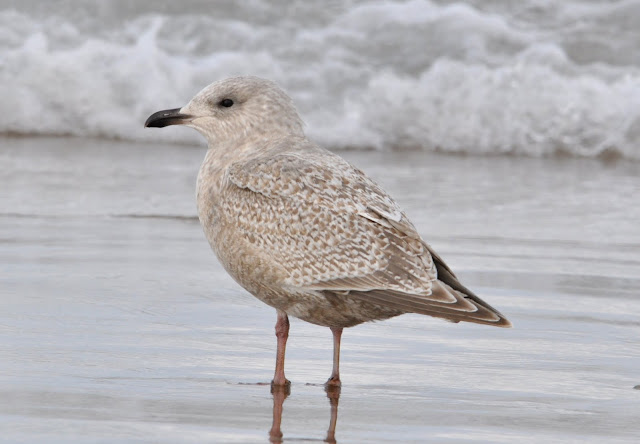 Now both of these 1st winter white-wingers together: 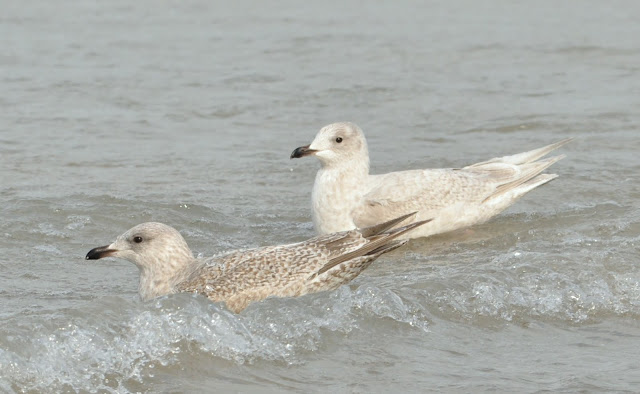 Many other winter gulls were coming and going, some giving good looks like this petite adult Lesser Black-backed: 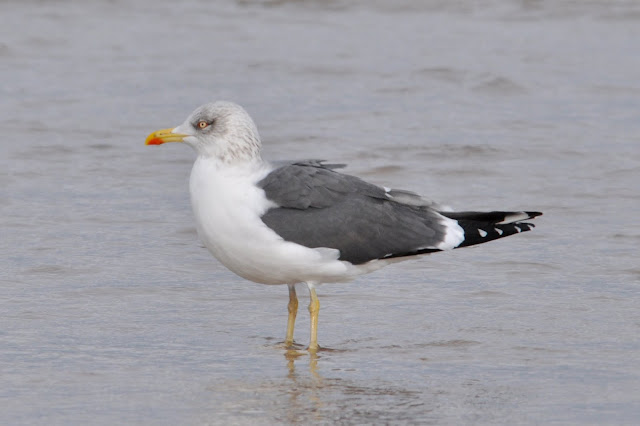 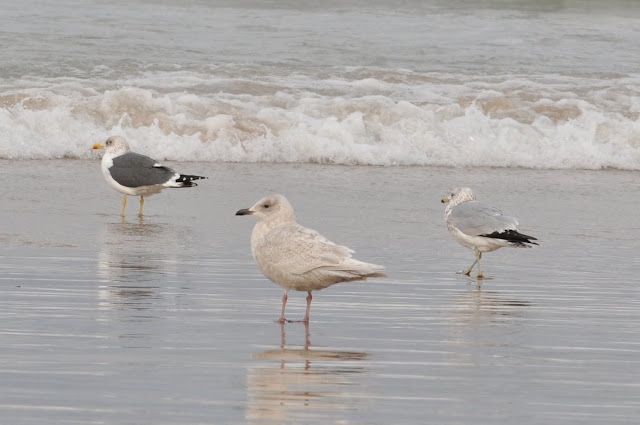