Co-sponsored by the ABA, Gullapalooza is undoubtedly the biggest "gull" fieldtrip one can attend in the United States, and probably the world (the "official" count was 315 participants, but that number is likely much higher) . For one day only, birders are allowed entrance to the Valmont Reservoir in Boulder County, Colorado. This reservoir is on the property of Excel Energy. Here's what it looked like 30 minutes before the start of the trip as people gathered around at our meeting place: 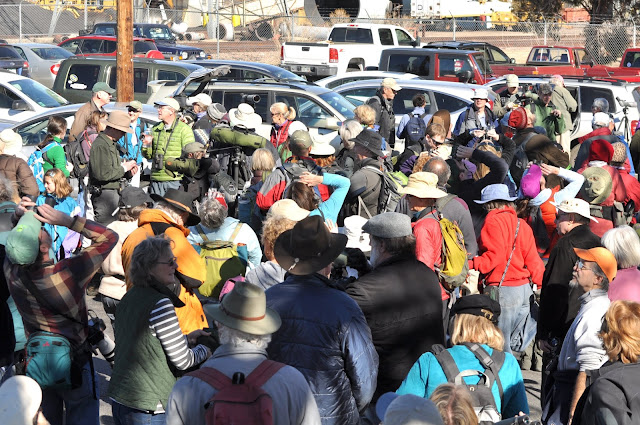 That's Ted Floyd in the green jacket...we had just arrived about 15 minutes prior and there were already people waiting, 45 minutes before start time! Ted and I spend an enjoyable morning in Gregory Canyon in Boulder Mountain Park... 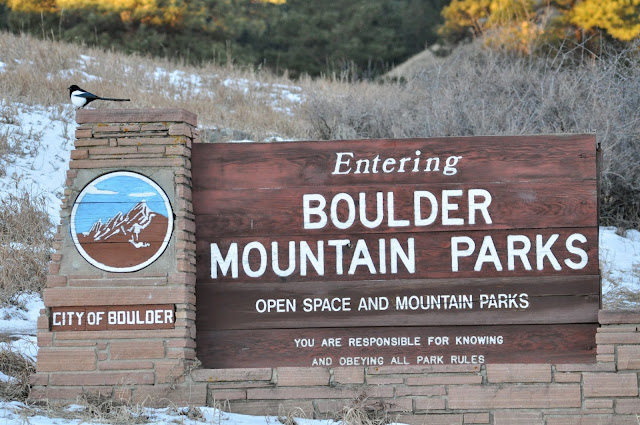 I needed a few passerines for my life list, of which I checked off four: Mountain Chickadee, Pygmy Nuthatch, Canyon Wren and American Dipper!!

Here are a few birds that I was able to photograph during my weekend visit:

Note that the Lesser has not completed its outer primary growth with the tip to P8 showing. This shot shows P9 and P10 on the underside of the opposite wing: 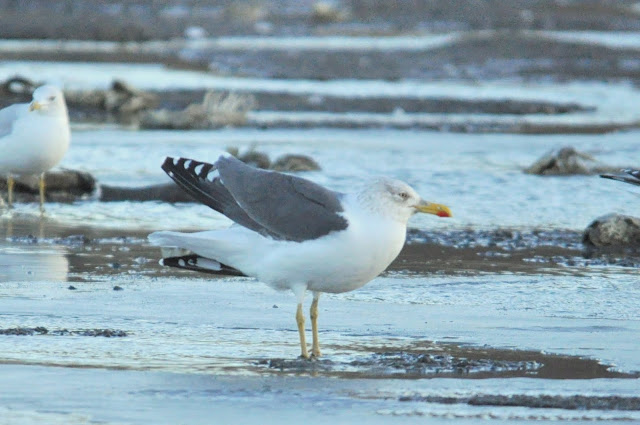 This molt timing generated some discussion on the Facebook Group "North American Gulls". There are no documented graellsii individuals that have been known to still be growing their outer primaries in February. There are such records of intermedius, fuscus and heuglini birds and is likely present in the paler subspecies grarellsii in the northwest of Africa. 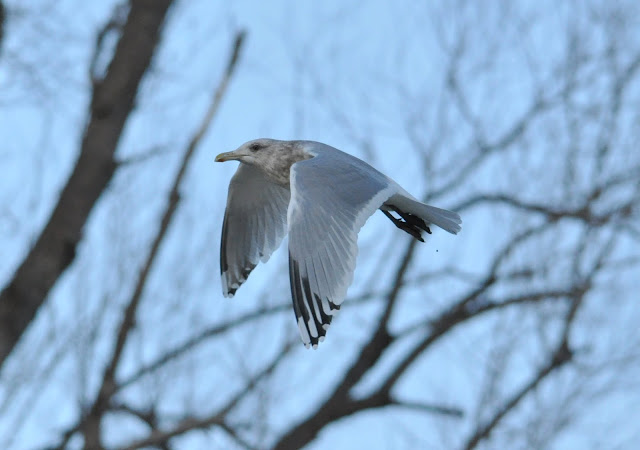