On Sunday, 16 February 2014, I and a handful of birders observed this adult-type gull at the BP Refinery in Whiting, Indiana: 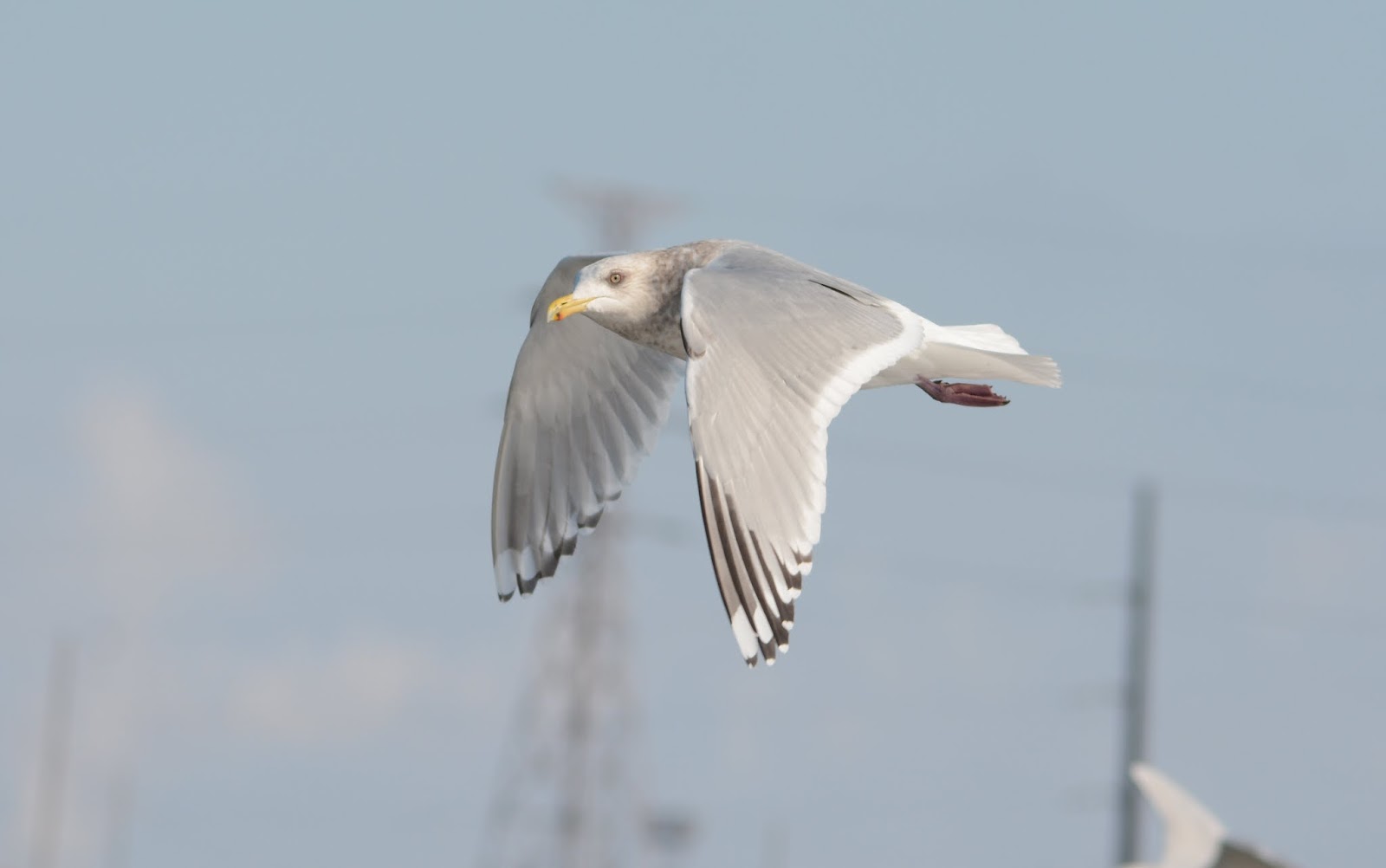 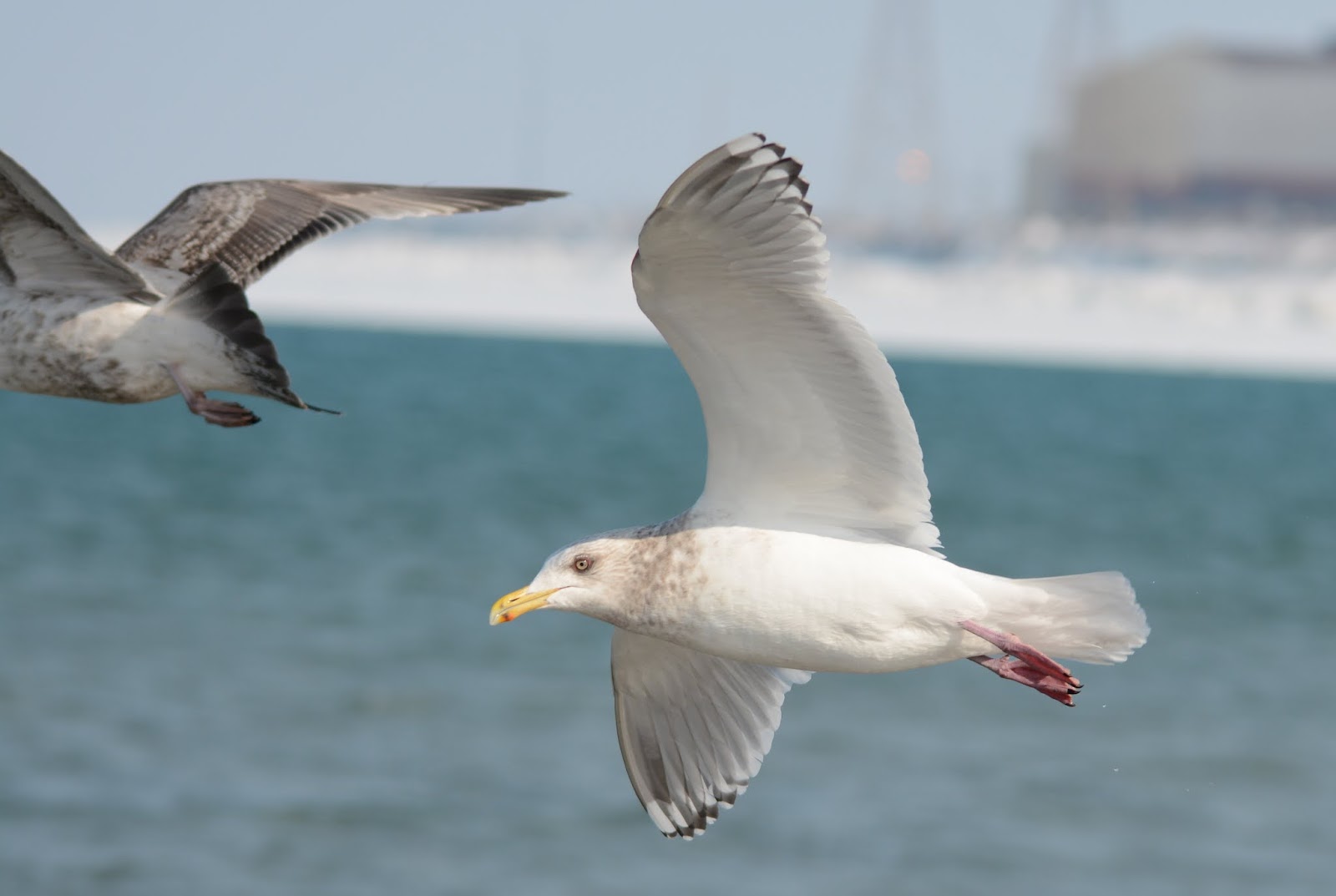 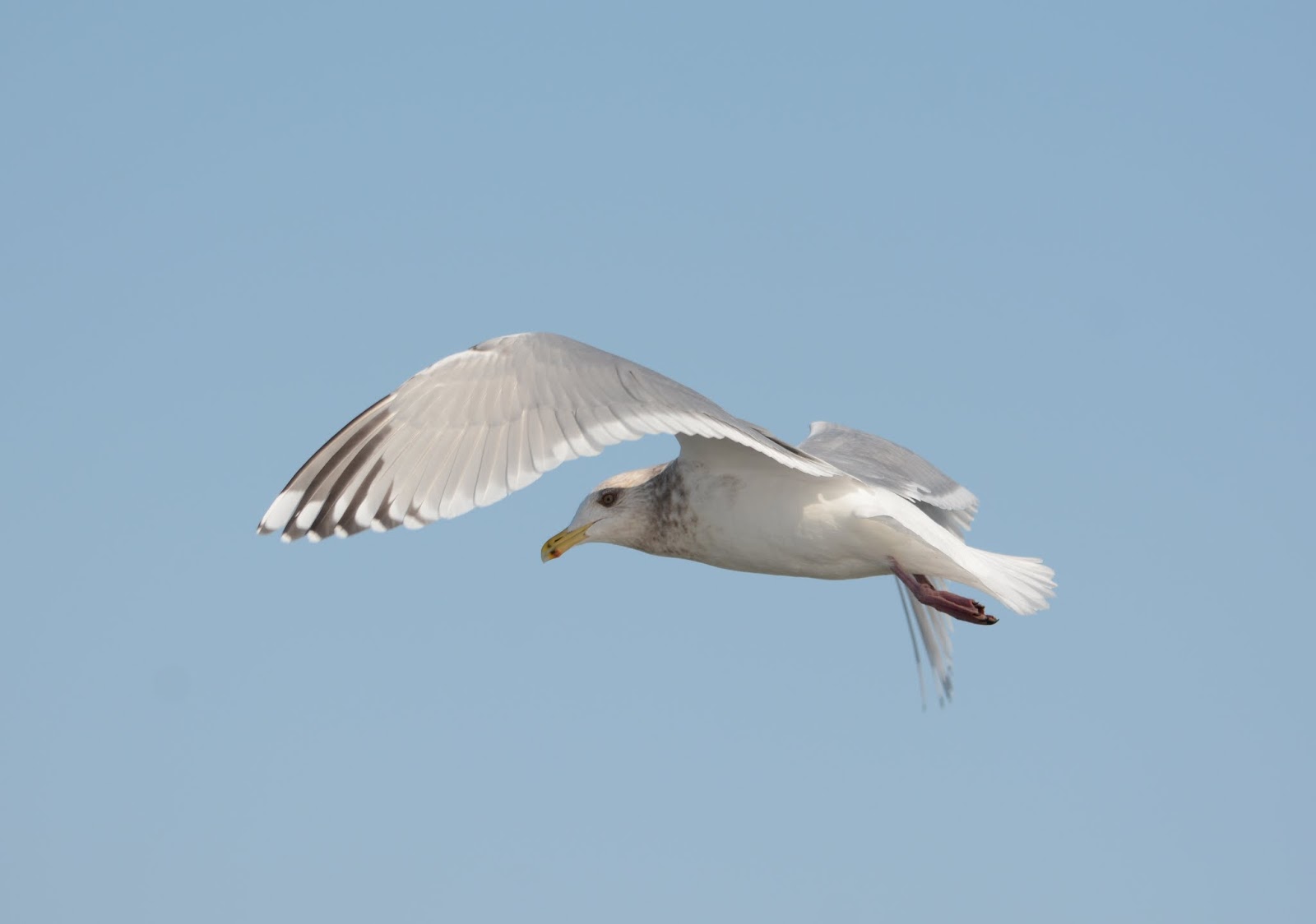 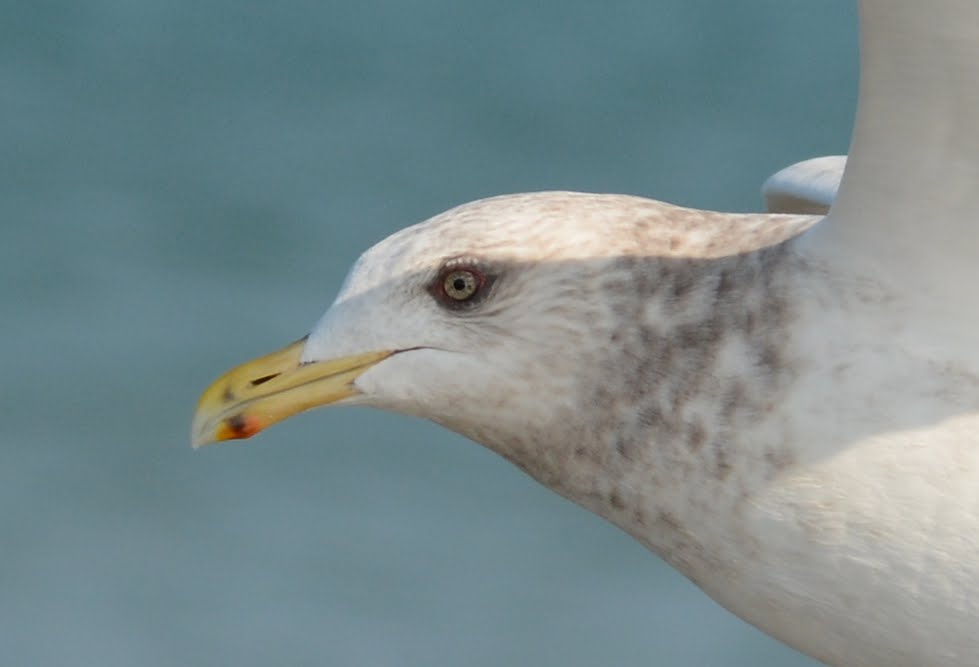 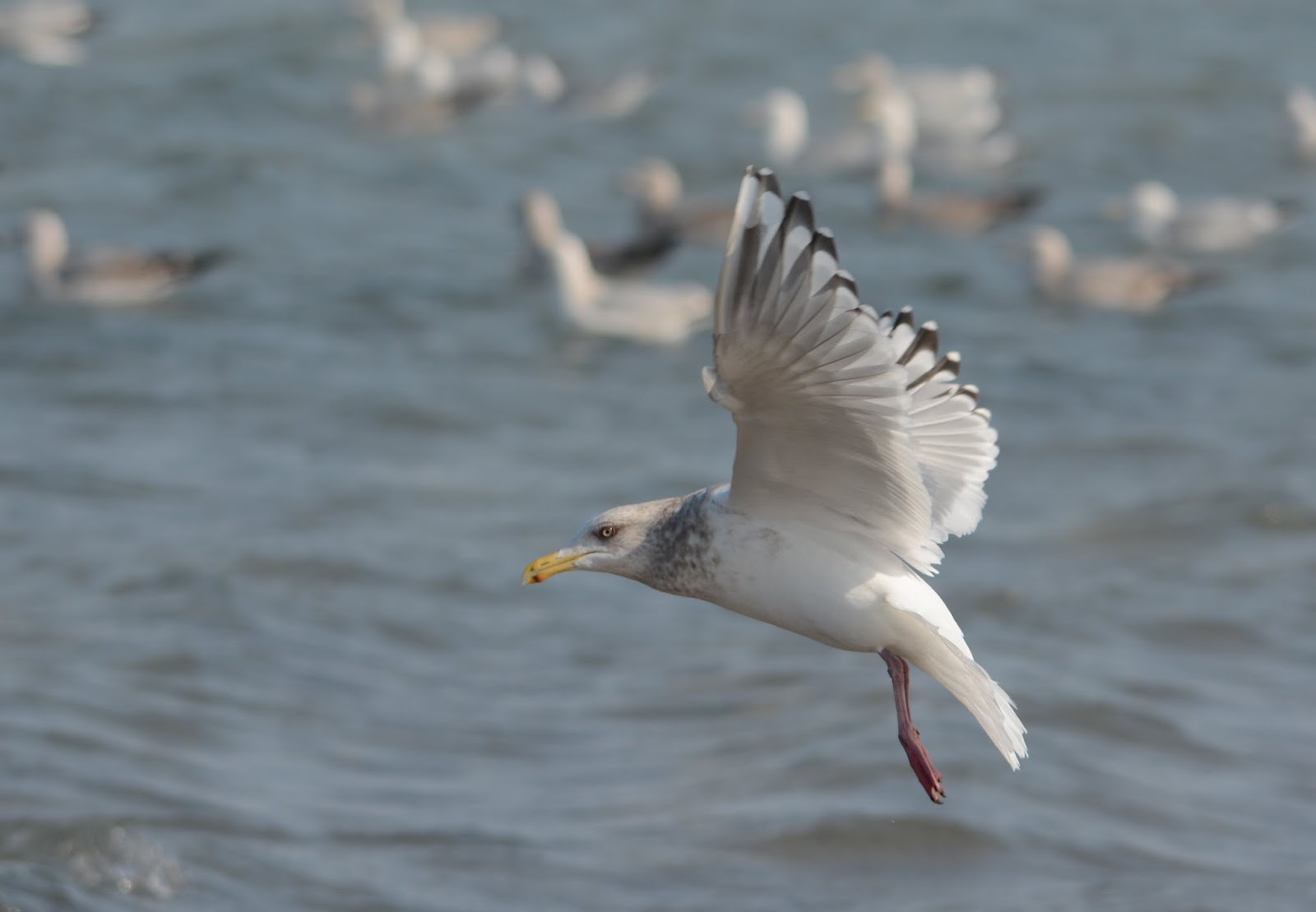 It was first identified as a Thayer's Gull, and I initially had no doubt about that. But after a few minutes of looking at this bird, I began scratching my head. I soon began calling it the "Herring-Thayer's" in the field and I became uncertain of its identity the more I observed it. Although the wingtip pattern is thayeri-like, the subterminal band on P5 is w-shaped and screams Herring Gull to me. Thayer's can show this sometimes, but the pattern is standard on American Herrings.

Other troubling features include the extent of black on the subterminal portion of the bill, coupled with the relatively pale eye, blocky head, and relatively stout bill. Although all of these features can be found on Thayer's, it troubles me to see them combined on a single Thayer's.

Body size was medium-like and a tad smaller than what is expected for male Herrings, but a tad larger than female Herrings - in short, body size was perfect for Thayer's. Another mark in favor of Thayer's is the purplish-pink orbital ring. An odd mix of marks at best.