Large gulls were holding steady this past weekend, with a more noticeable presence of Kumlien's. My working theory is that Kumlien's increases in northern Illinois towards the end of winter. Highlights today were 4 Kumlien's (including 2 first cycles together), and an adult Glaucous Gull. Of the 9 Thayer's that I observed, all were adults. Roughly 75% of the adult type Herrings were completely white-headed with a noticeable restlessness to them. They vocalized, displayed and faced-off with one another with a more aggressive touch than their typical "winter mode". 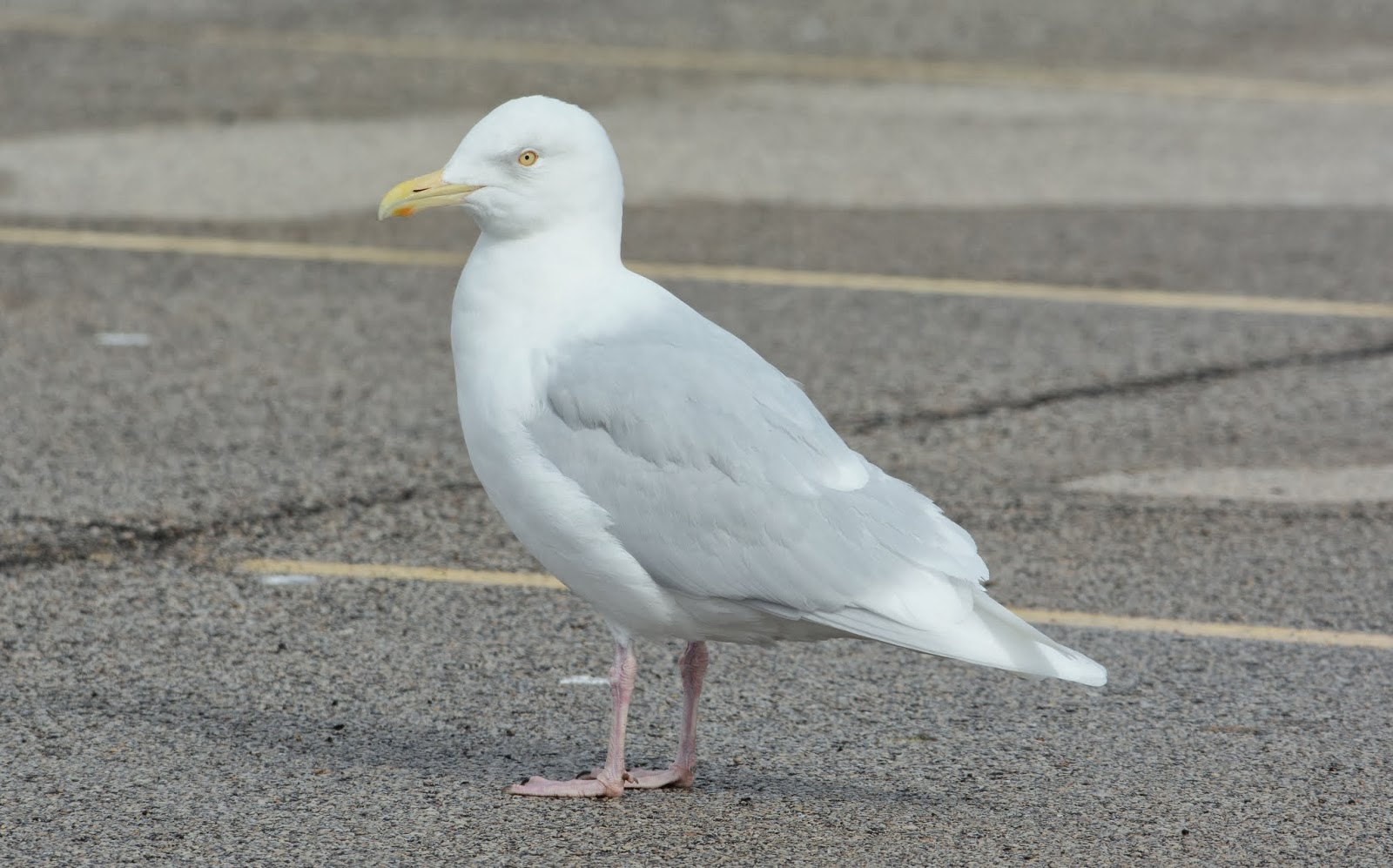 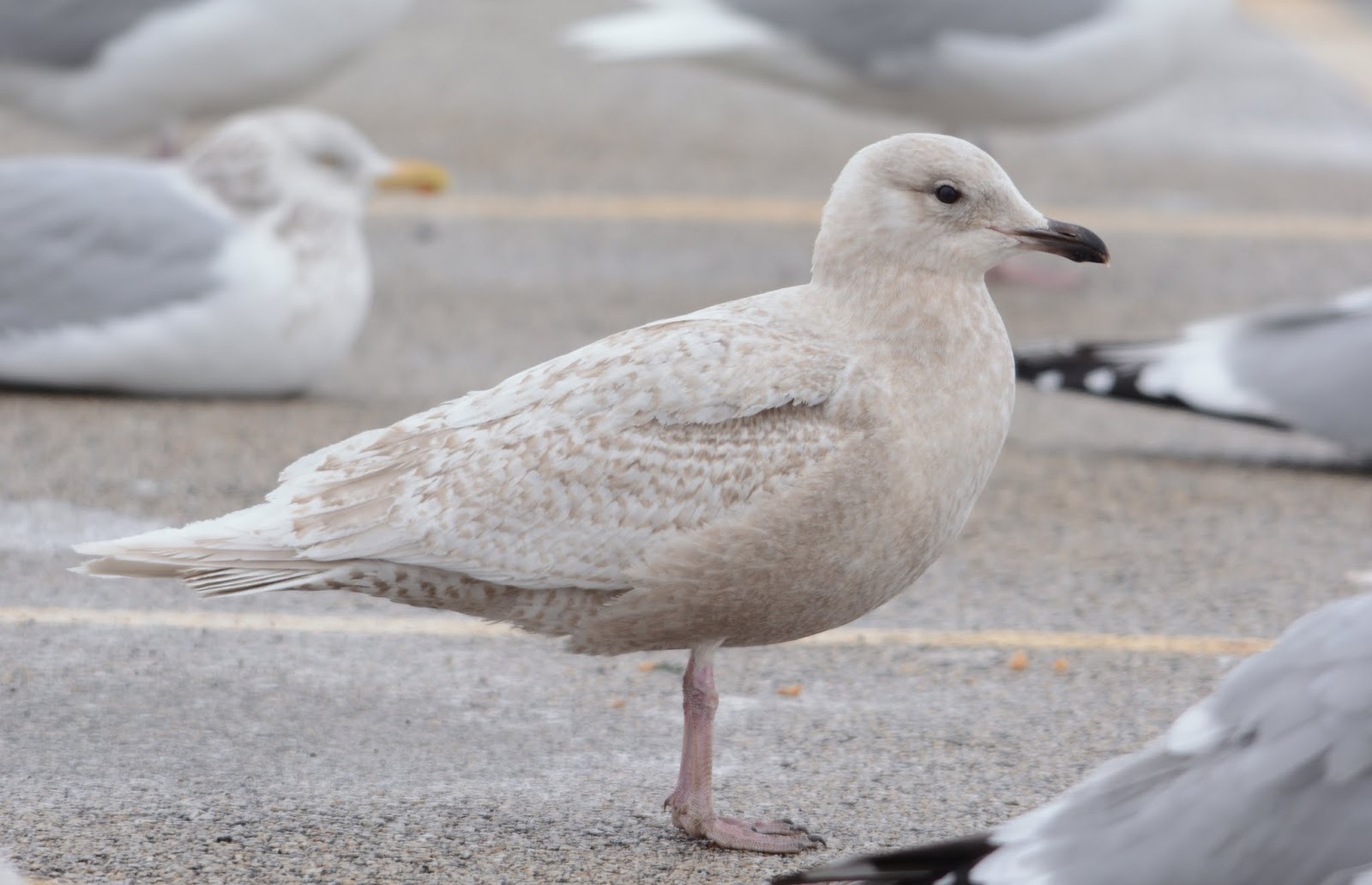 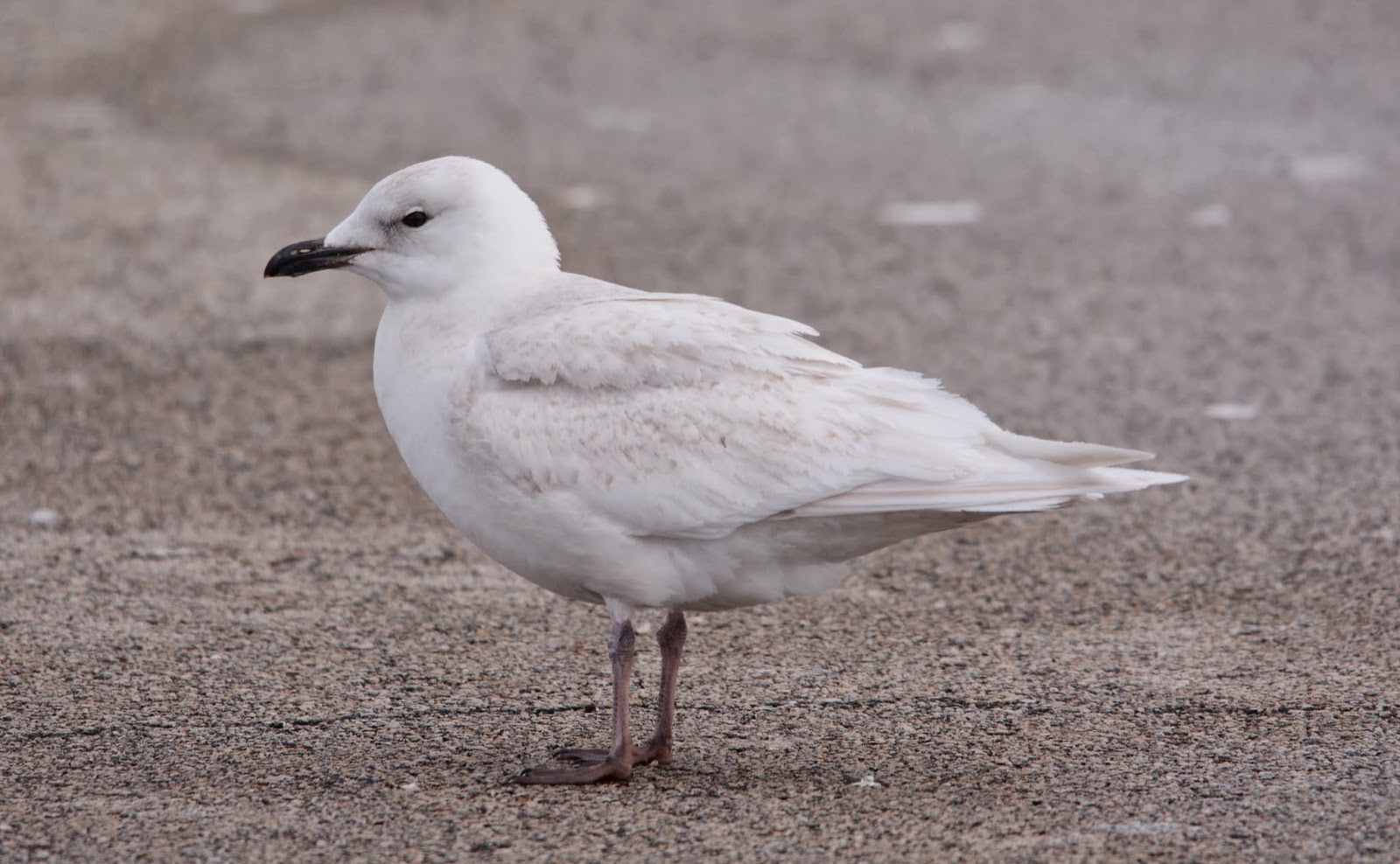 And now the two young Kumlien's together, displaying a typical ghost and chocolate type 1st cycle: