One of the joys of watching gulls in the Lake Michigan region in winter is encountering individuals from the Thayer's/Kumlien's/Iceland complex. My personal estimate is that there's 6-7 Thayer's for every Kumlien's Gull that we see here on the southern rim of the lake. We've never knowingly seen nominate glaucoides on Lake Michigan.

Much more intriguing though is the number of individuals that, if found on the Pacific or Atlantic, would be readily identified as the expected taxon in that region. Given the opportunity to "overthink" some of these birds, one may look at the same photograph months later and "aptly" assign a different label. 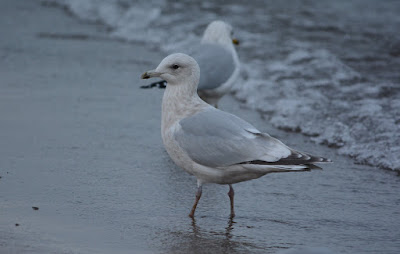 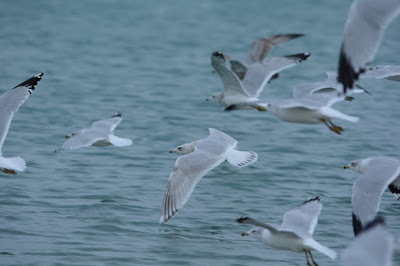 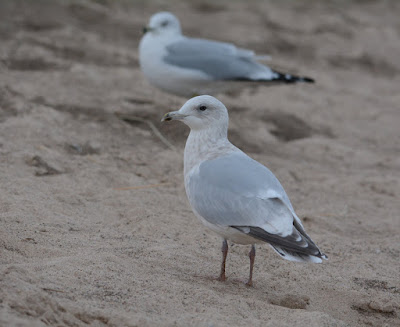 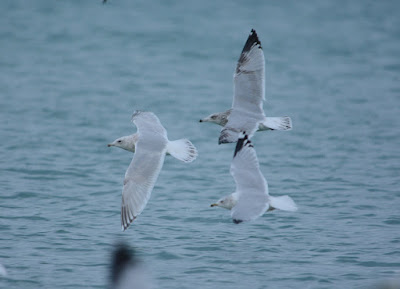 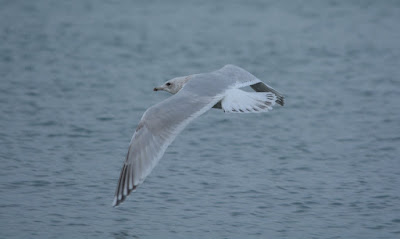 I first spotted this bird in flight, and immediately called it a Kumlien's Gull due to the muted an relatively pale wingtip. My first impression, I've learned, is usually the best impression (given neutral lighting and sufficient views of the upperwing). 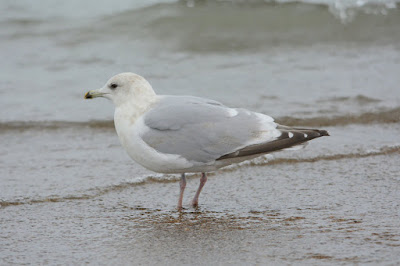 Although it may be splitting hairs, the Thayer's has darker wingtips and more pigmentation on both webs of p7-p10, lacking the large white tongue tips shown by the Kumlien's. This is not to say a similar-aged Kumlien's wouldn't, or couldn't, show darker inner webs on those primaries. The overlap is tremendous. 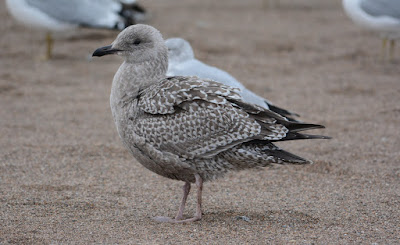 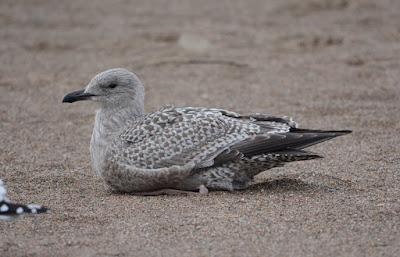 And an adult BOGU: 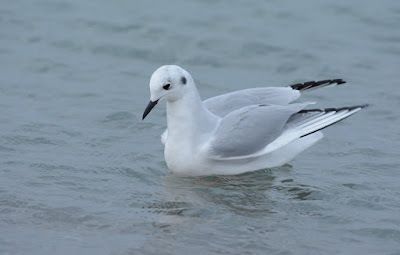 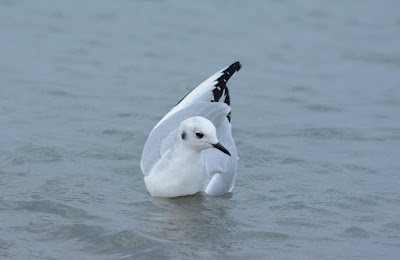