I have a little catching up to do with recent sightings and wanderings.

On Sunday, 19 November 2017, I found an adult California Gull in Lake County, Illinois. This small individual tried to blend in with the Ring-billeds but I wouldn't have it:

Much to my surprise it was still hanging around on Thanksgiving Day, appearing in my field of view while trying to photograph a juvenile Glaucous Gull. 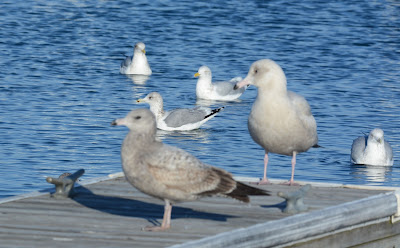 This is my 4th California Gull on Lake Michigan in the 2017 calendar year. 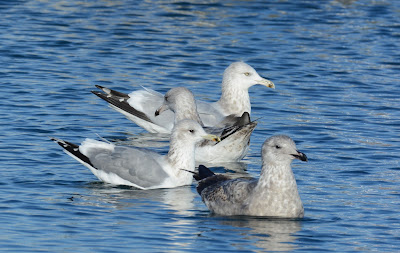 Now about that Glaucous Gull, this was a gentle bruiser that hung around me for a couple of hours:


There's been a relatively good showing of 1st and 2nd cycle Thayer's in November. I'm up to 6 first cycles and 3 second cycles, out of a total of 23 thayeri thus far this season. 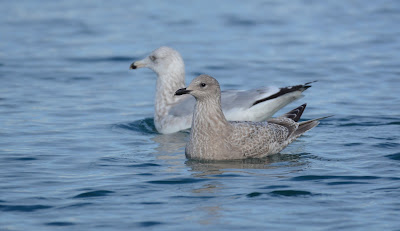 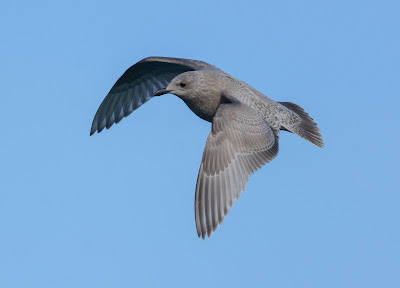 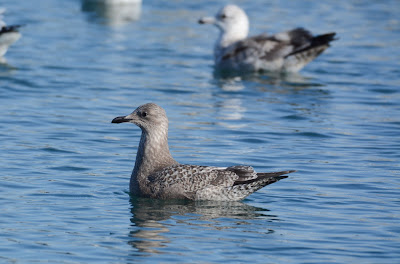 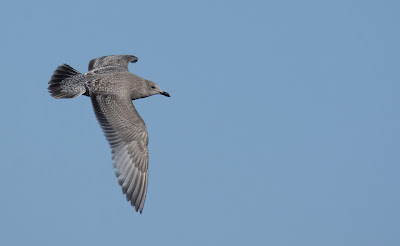 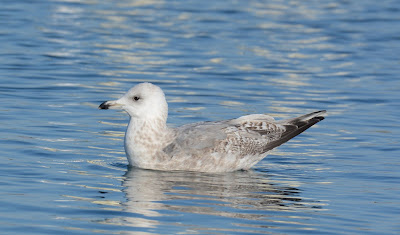 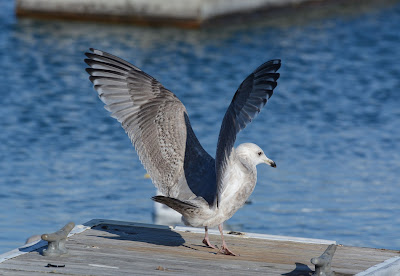 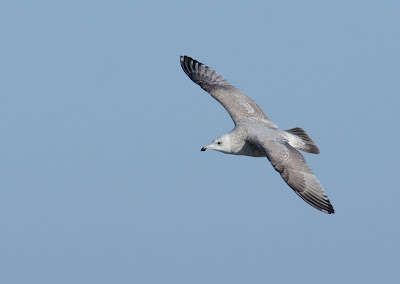 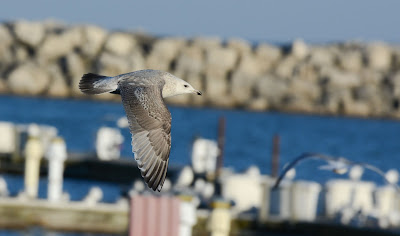 Here's a neat adult type Iceland Gull that reinforces the notion that many western Great Lakes birds don't nicely fit in any particular box. The primaries are darkish gray - no where close to black - but p5 shows a subterminal band. The bill is long and pointed like many thayeri, as is the smudgy head. 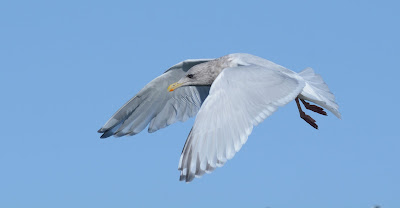 Another interesting adult that I would've surely called a Thayer's had I not examined the face/bill: 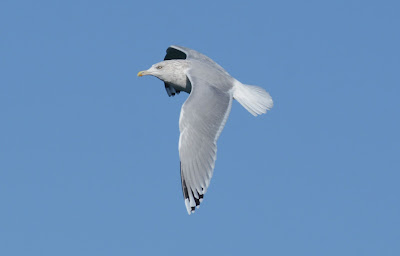