I spent last weekend at Race Point Beach on the far north tip of the Cape Cod peninsula. I've never been disappointed visiting this site. Gulls abound here and the diversity of species is some of the best I've experienced. This year, it seemed I was a tad late for large numbers of winter gulls and a tad early for spring migrants, but still, 10 species on Saturday speaks to the magnitude of this stretch of beach.

The highlights of my 10 species list include Black-headed (adult), Black-legged Kittiwake (1st cycle) and Glaucous (3rd cycle type). I estimated between 20-30 Kumlien's Gulls of all ages. 1st cycles were mostly ragged and as pale as one could expect for late April. Also of note was a single thayeri type.

It's breeding season and the gulls are busy at work... 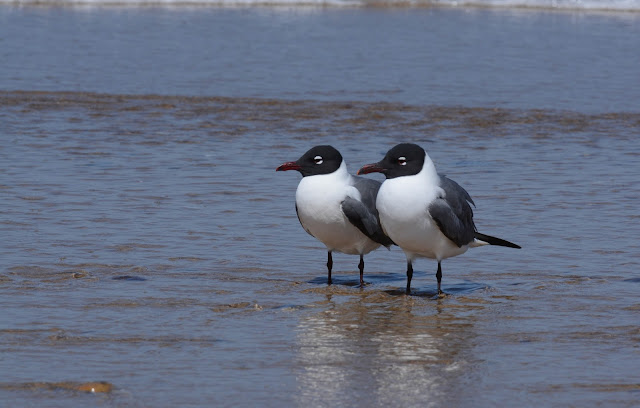 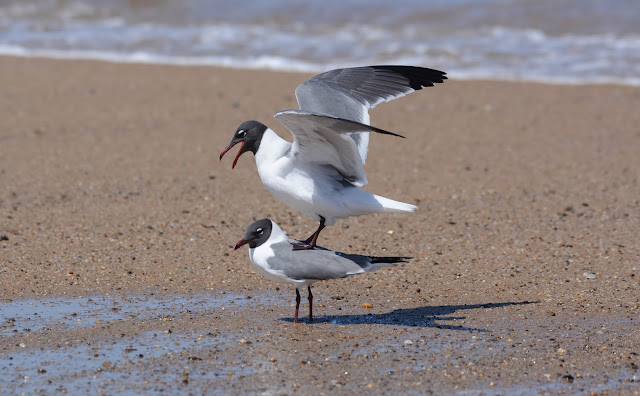 Bonaparte's were streaming by all day working the offshore Atlantic Right Whale buffets.

Another highlight is this banded 1st cycle Herring Gull.

This sighting reinforces the belief that there is a regular exchange between NF Herrings and those of the NE United States, particularly from Maine and Massachusetts. An important question that may be worth investigating is whether or not this exchange is a function of age. Do younger birds winter farther south, and stay to the south in their formative years? Are adults more likely to "return" to the north Atlantic - particularly to breed - when the become of age?