A very cooperative Black-legged Kittiwake has been wintering in Port Washington, WI since early December, 2009. I observed this bird on 12 Dec 2009 and then again on 28 Feb 2010. It now holds the state record for the longest wintering BLKI at a single site in Wisconsin. Observers have had this individual land within 10 ft of them. The bird has allowed very close and extended views.

In December, this individual had an all jet-black bill with retained juvenile feathers covering some of the lower wing covert feathers.

In late February, the base of the lower mandible and parts of the culmen displayed an obvious faded gray appearance. The tailband looked somewhat reduced in flight and the wing coverts were a bit faded and worn. 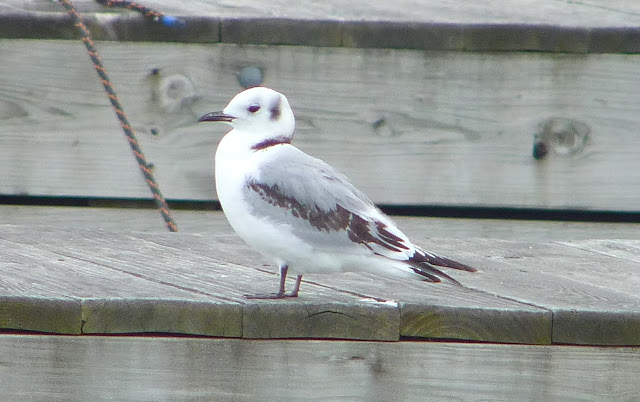 Overall, no dramatic change was noted. Although, during my 2nd visit, it vocalized regularly everytime it lifted off and especially when landing. It did not vocalize once during my 3 hour visit in December. Perhaps after residing here for a couple of months, this juvenile to 1st winter has become a bit more assertive.
Aside from Black-legged Kittiwakes that tend to favor this location, Port Washington hosted an Ivory Gull in Januaray of 1998. The marina is always manned by fisherman who do indeed hook some nice catches. 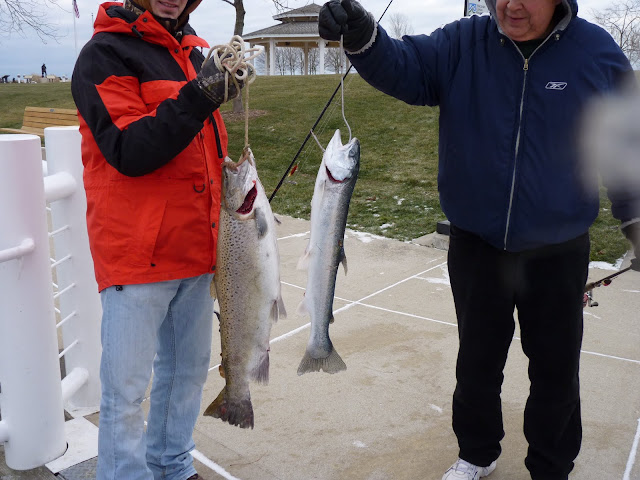 at March 06, 2010
Email ThisBlogThis!Share to TwitterShare to FacebookShare to Pinterest