Below is a series of 3rd cycle Lesser Black-backeds summering on the East Coast of the United States (Delaware and New Jersey). Most have renewed at least the first five primaries with limited secondary molt. All were photographed between 04-07 August of this year, 2012. 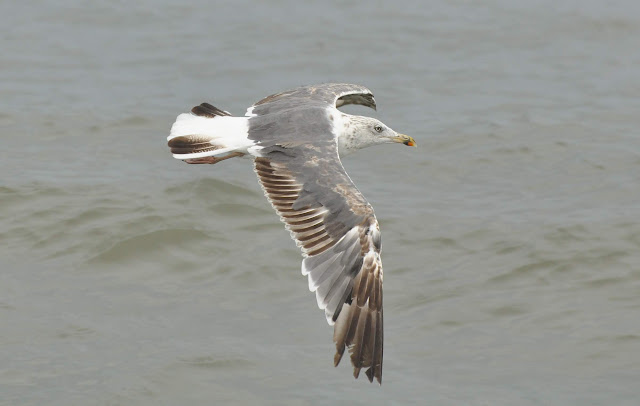 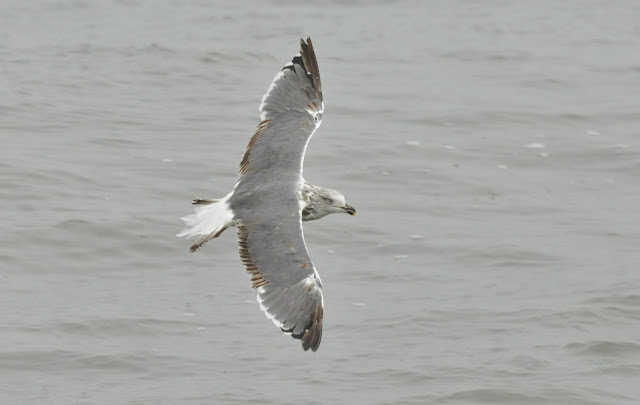 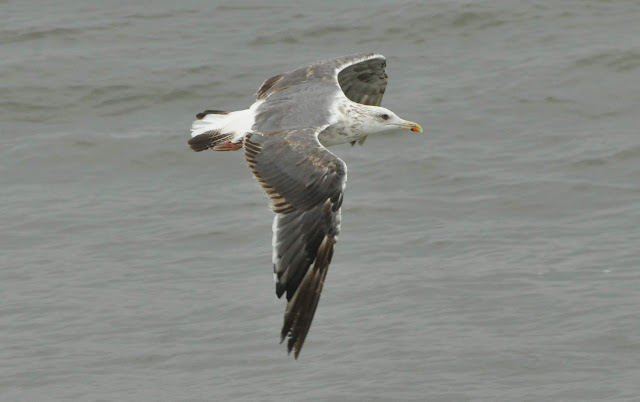 The overwhelming majority of summering Lessers in the United States are 2nd and 3rd cycle individuals (full adults are actually pretty uncommon in the summer). By this time next month, adults will start to trickle in as they presumably abandon their breeding territories. The fact that adults are mostly gone during the summer season, but present in the winter, reinforces the suspicion that there is a reoccuring population of northern breeders in N.A.
at August 25, 2012
Email ThisBlogThis!Share to TwitterShare to FacebookShare to Pinterest