The bird below has a band that eluded me in the field (hence the reason for large color bands used by European ringers):

I first found it standing in the water where the band was concealed:

The only PB2 flight feathers still growing are the secondaries adjacent to the tertials and the two outer primaries: 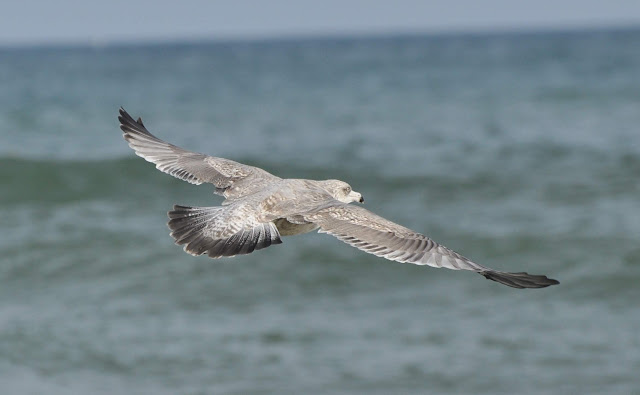 This next 2nd cycle had rather pale upperparts which made me consider the possibility of a few Glaucous genes. In particular, the greater coverts seem white-winged-ish to me, but everything else is within range for smithsonianus. PB2 is not as accelerated as in the individuals above (note the short wing projection):

at September 05, 2012
Email ThisBlogThis!Share to TwitterShare to FacebookShare to Pinterest