Saturday, 02 November 2013:
Lakewatch at Miller Beach in Indiana produced a somewhat late juvenile Sabine's and an adult Little Gull (first adult in 4 years on the IN lakefront). Also of note were two other 1st cycle LIGU sightings after I left (just after I left...), and 2 inland records of first cycles in IL (Lake Shelbyville on Saturday and Lake Carlyle on Sunday).

A 3rd cycle type Great Black-backed and 250+ Bonaparte's Gulls were also seen on Saturday. At one point we had 15+ BOGUs land on the beach and then came in for chum.


Sunday, 03 November 2013:
Hammond Marina in Indiana produced a nice mix of 25-30 American Herrings that are slowly trickling in closer and closer to shore. Here's a rather interesting 2nd cycle type with advanced inner primaries: 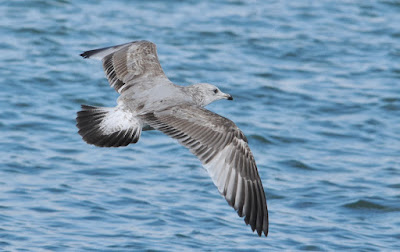 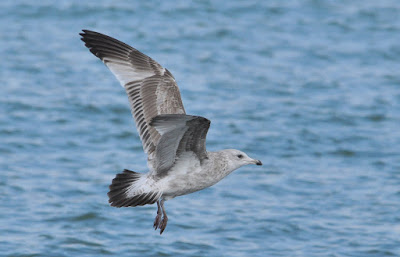 It's been brought to my attention that banded Euro Herrings with inners this advanced are almost always birds in their 3rd plumage cycle. Here's one from last winter that looks similar: 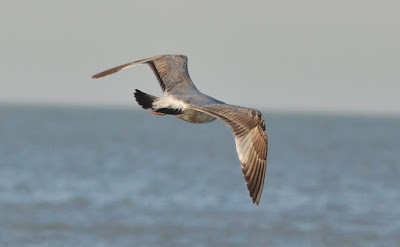 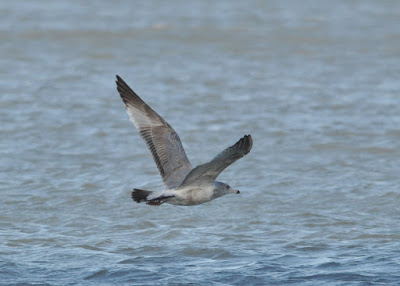 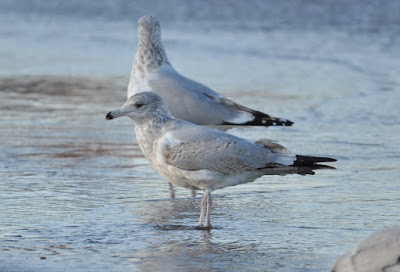 This adult type American Herring also stood out amongst the crowd as it had no subterminal band on P5 (p-score 1) and mirrors on both P10 and P9. 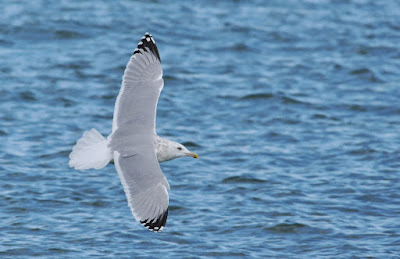 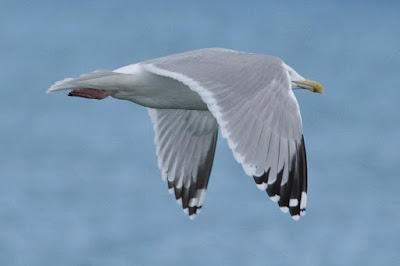 The white tongue tips on P6-P8 and black bayonet pattern on these feather tips is much more in line with the so-called "Newfoundland" types rather than the Niagara or Great Lakes birds. 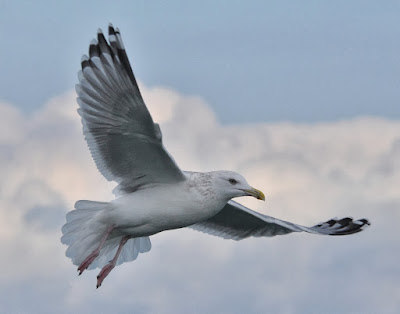 In other Great Lakes birding news, Ohio had an adult Sabine's today on Lake Erie and a first cycle Little. The Sheboygan area reported an adult type Glaucous today (03 Nov) and Duluth a first cycle Glaucous on Friday (25 Oct). Indiana's first and only October Iceland Gull (L.g. kumlieni) was found on the lakefront on 28 October 2013. The earliest such record for southern Lake Michigan is an adult type on 24 October 2009 (State Line Beach. Lake County, IL).﻿
﻿
at November 03, 2013
Email ThisBlogThis!Share to TwitterShare to FacebookShare to Pinterest