Trying to get the biggest bang out of my birding, I've been splitting my Saturday's up between lakewatches and combing through the gull flocks at the local beaches.

On Saturday, I started at the Marquette Park concession stand in Indiana around 7:00 am. As I was getting out of my car, John Cassady, Bob Hughes and Karen Mansfield yelled over that I need to get on an incoming adult Black-legged Kittiwake. I ran over just in time to watch it fly right past us in the surf (the closest I've had an adult on Lake Michigan). So in record time, I had the highlight of my day and probably could have hung it up right there and then.

But being the hopeful person I am, I ran down to the beach and started chumming. About 5 minutes later it returned - with a friend:
﻿
Other highlights here included a 1st cycle Glaucous Gull (FOF), adult type GBBG, and a 1st cycle LBBG (picked out in flight by Bob Hughes as we were casually conversing - impressive).

I headed over to Michigan City next where the winds were brutal (coldest day in almost 11 months). Nothing of note here but an adult type GBBG on the beach.

The bill size and shape (not to mention the blocky head) are very unlike the delicate and refined Kumlien's that are depicted in field guides. My guess is this is a male. 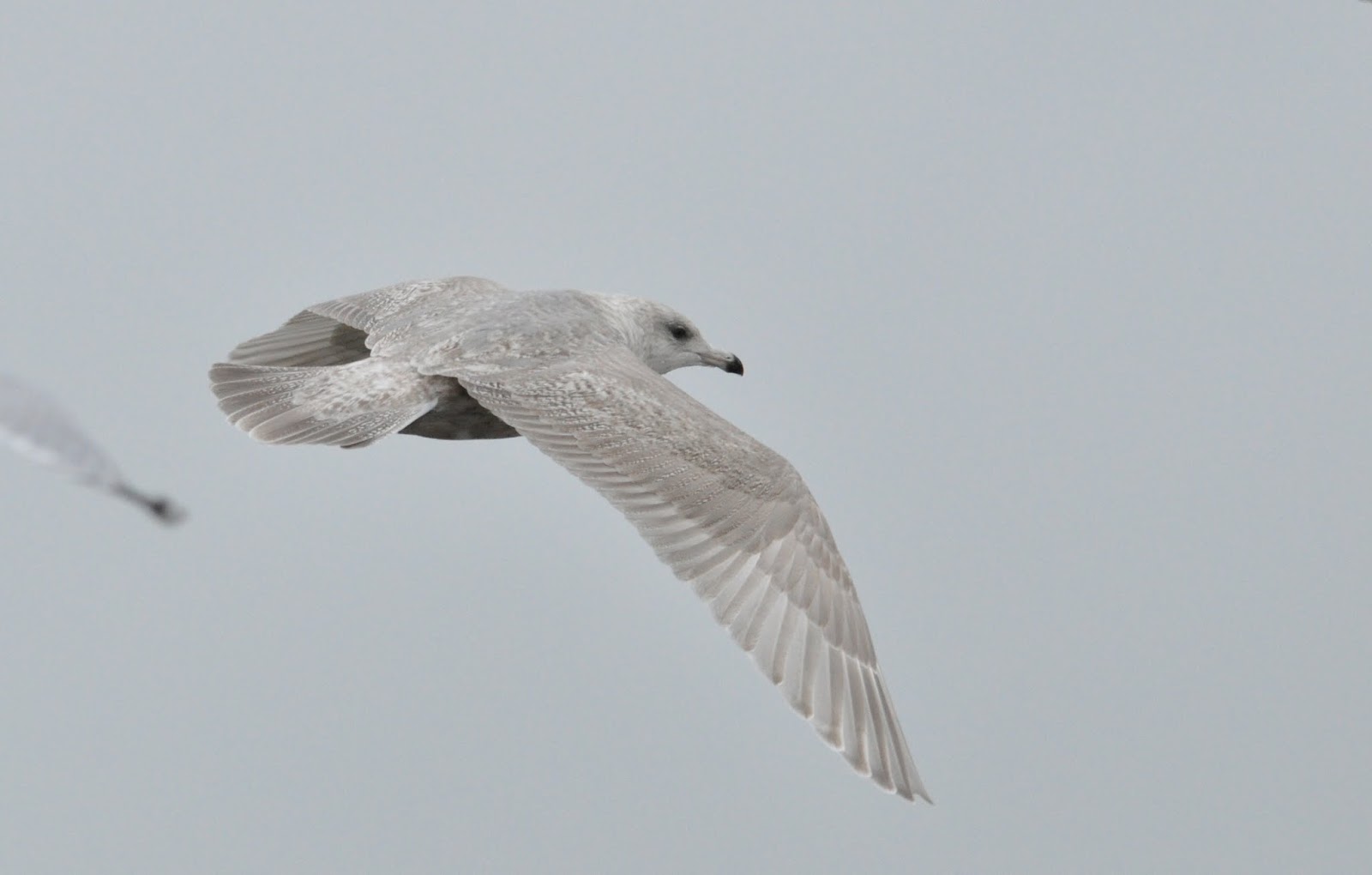 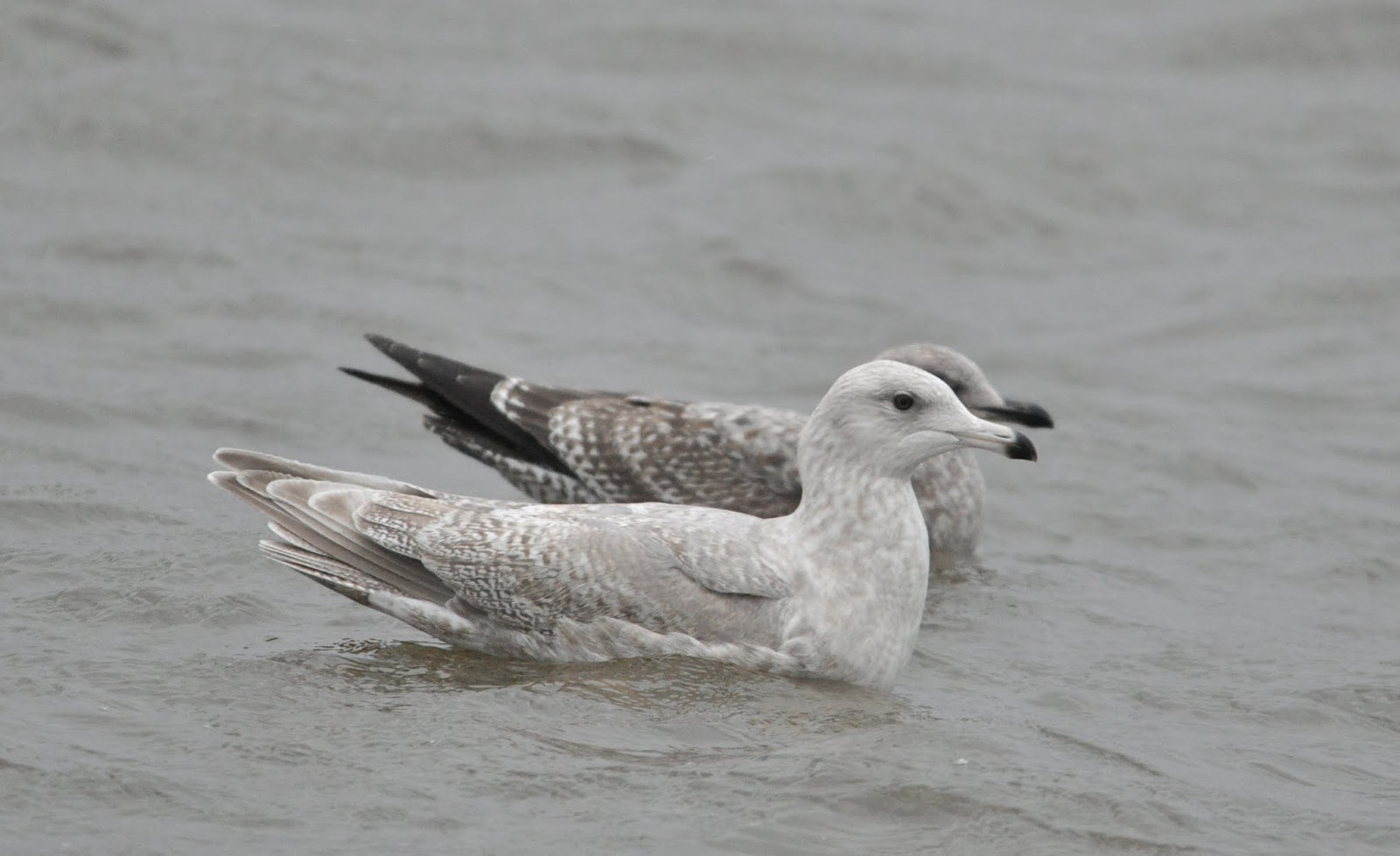 I also had this small first cycle LBBG that gave great comparisons with the nearby young Herrings:
﻿ 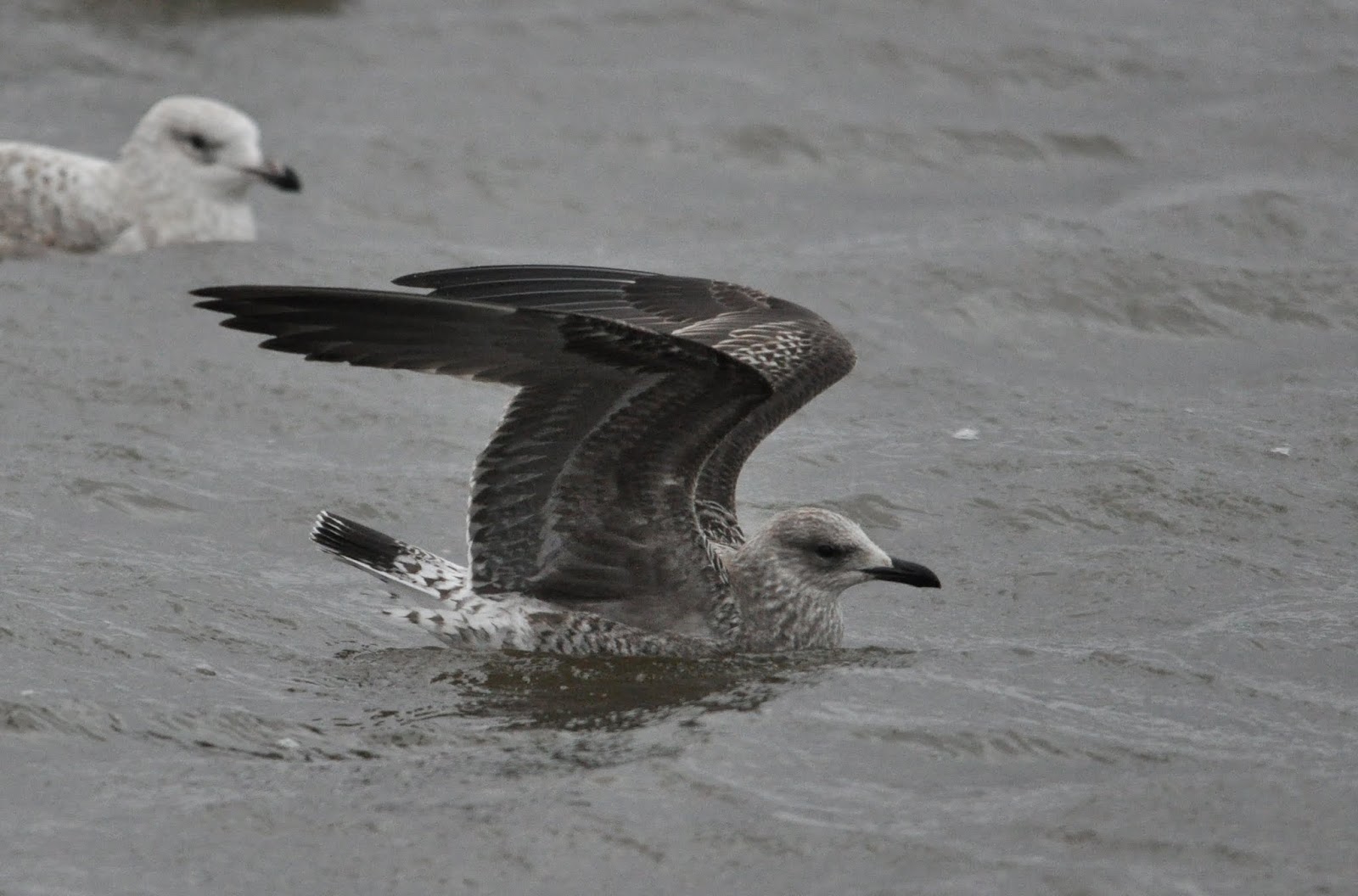 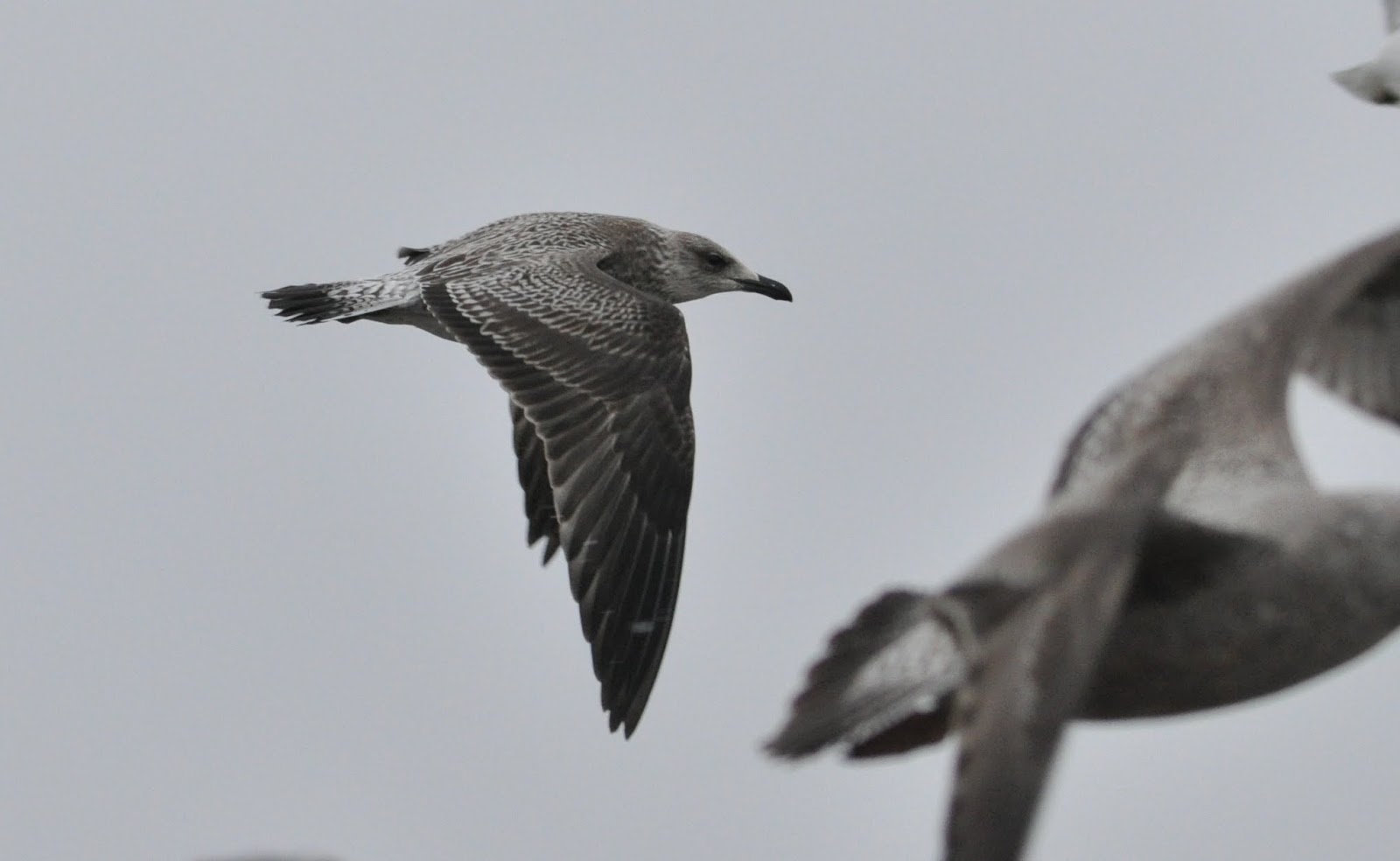 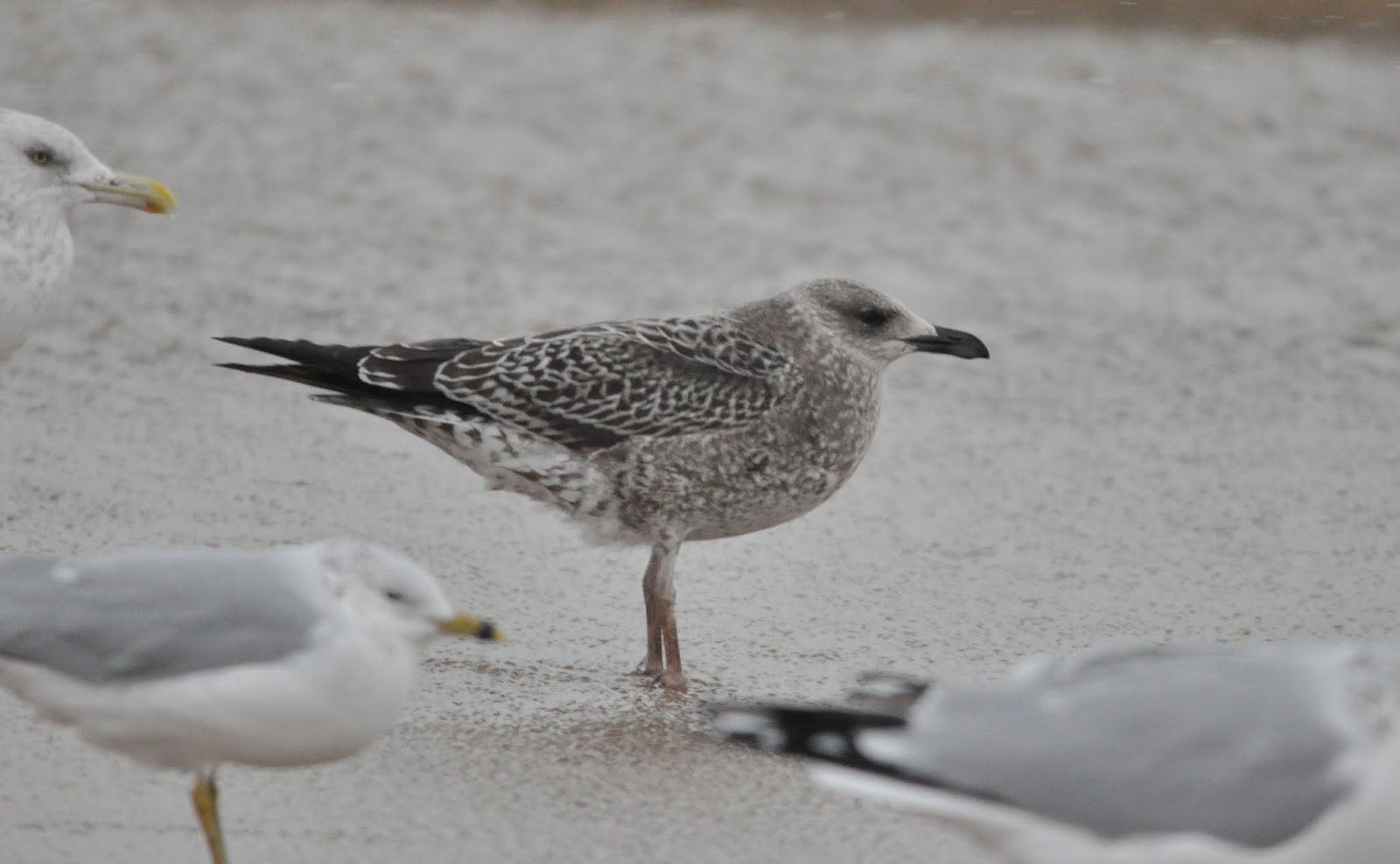 Most interesting at New Buffalo was this adult type Nelson's: 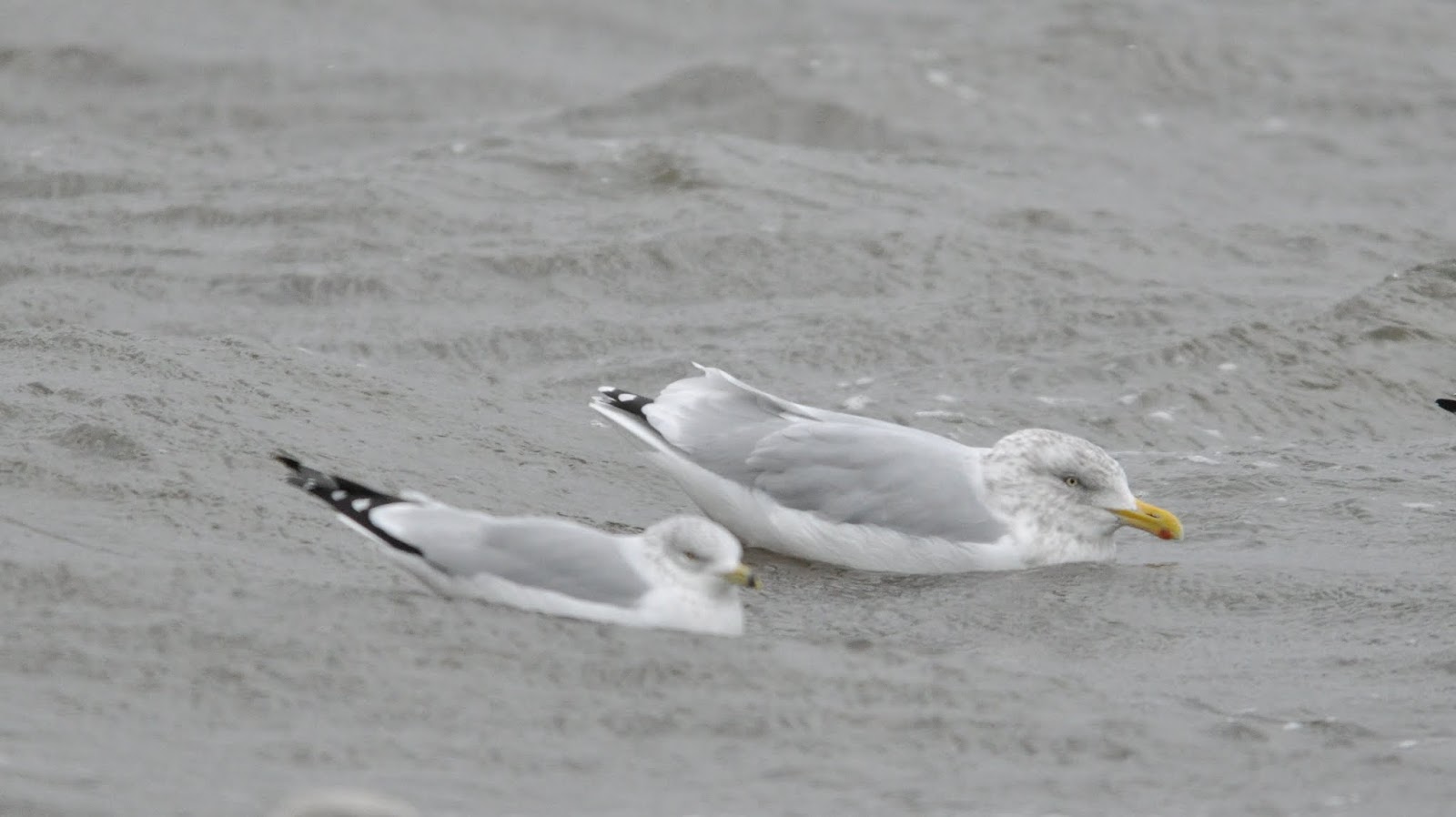 The pigmentation on the primaries appeared light black (well, not jet black is a better description), with large apicals and extensive white on the underside of the opposite wing. The big block head, stout bill and beady eye all gave a Glaucous feel, not to mention the large tertial crescent. I put this one down as a putative second generation hybrid, tending towards Herring.
at November 24, 2013
Email ThisBlogThis!Share to TwitterShare to FacebookShare to Pinterest
Newer Post Older Post Home