On Sunday, 20 January 2014, I observed a 1st cycle Heermann's Gull chase a Common Raven and aggressively harass it in flight, much like jaegers do with gulls and terns.

This took place in San Francisco, along the beach that's just south of the famous Sutro Baths. I was walking the shoreline hoping to photograph a small flock of resting Mew Gulls, which also held a few Western, California and Heermann's Gulls. I began luring the birds in, hoping the Mew Gulls would get comfortable with my close distance, and they did.

Soon a 1st cycle Western Gull made away with a piece of bread, and was pursued by this rather mischievous 1st cycle Heermann's Gull: 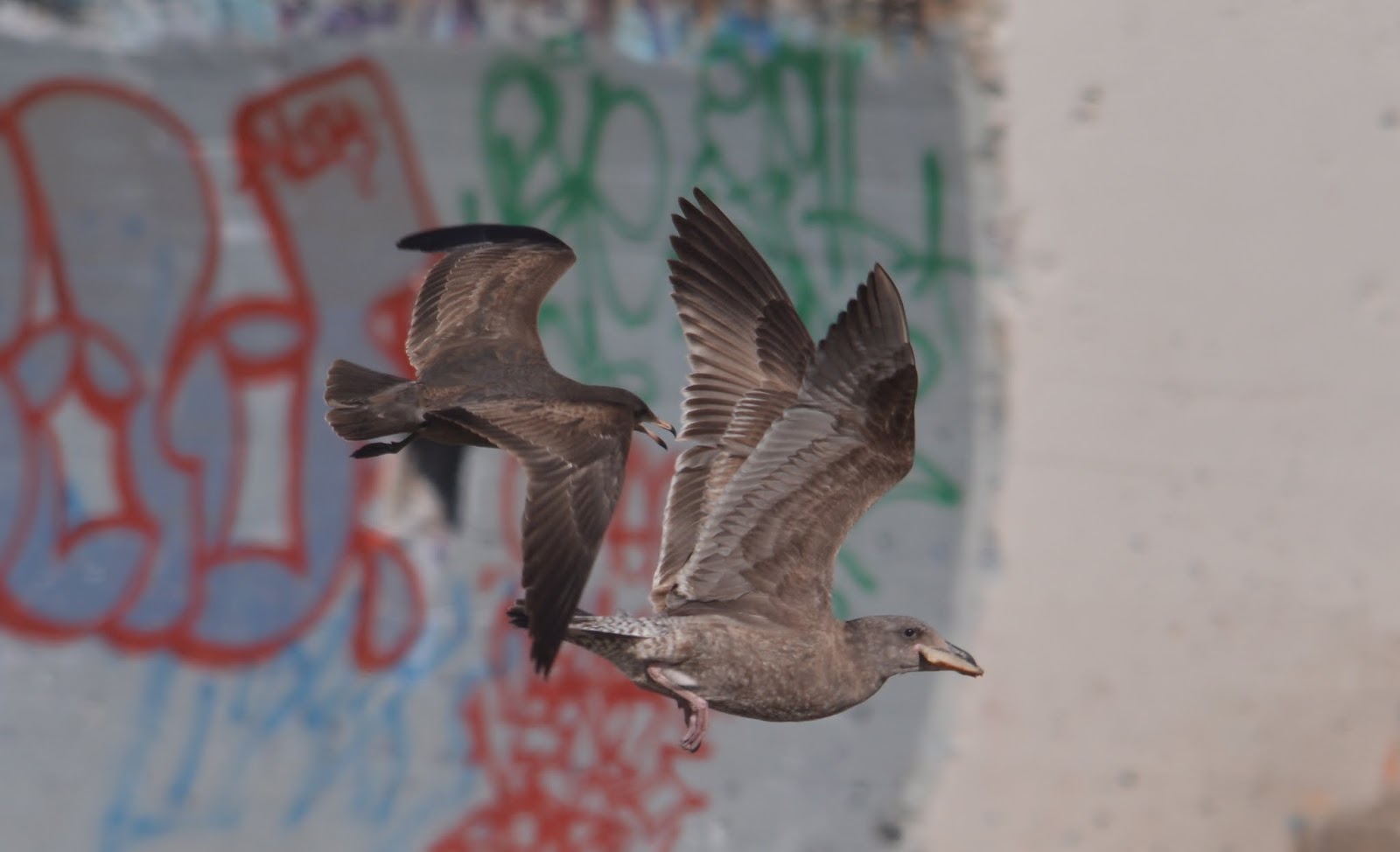 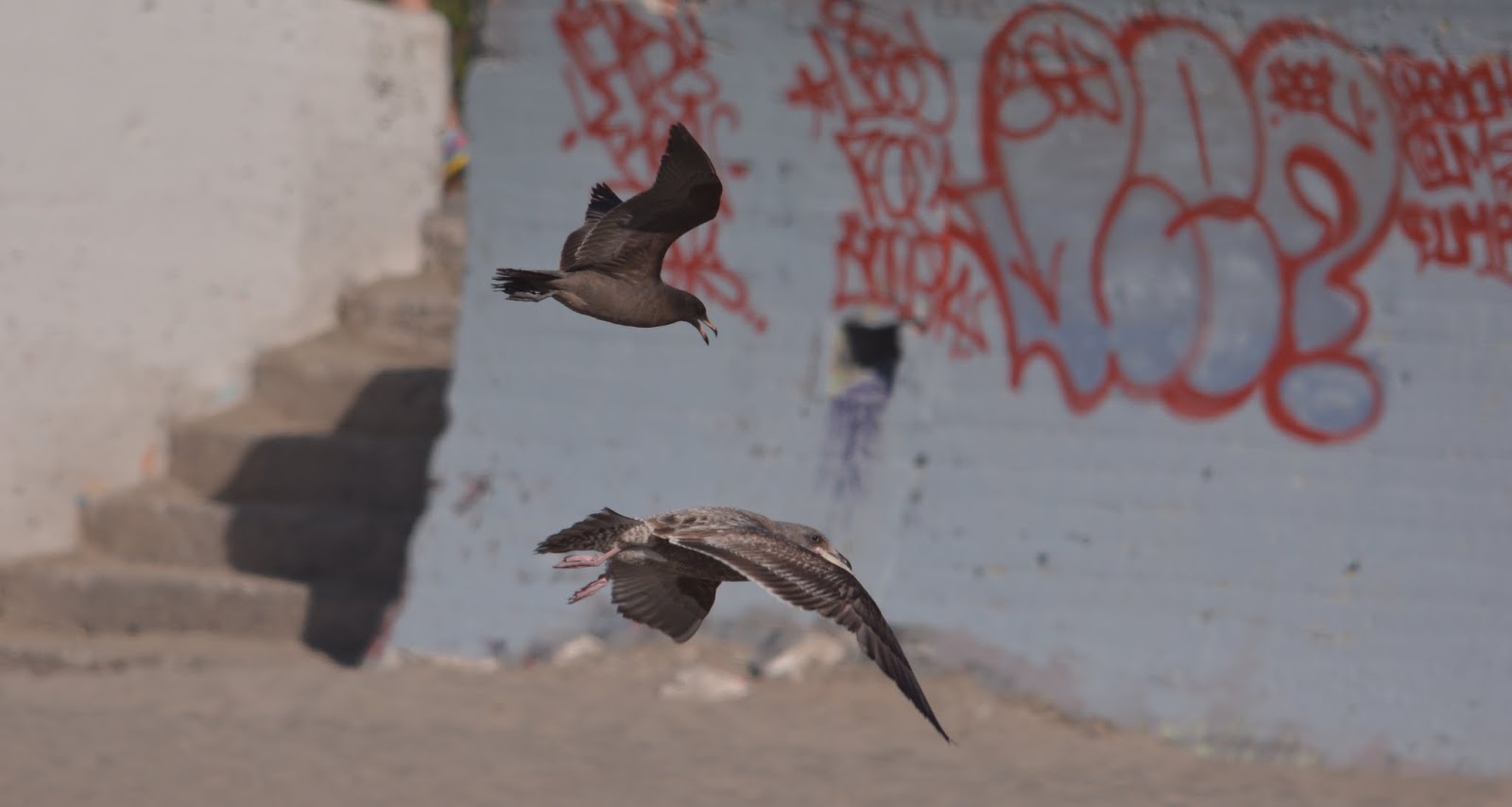 The somewhat dopey Western Gull dropped its piece of bread, and this is when the show got interesting: 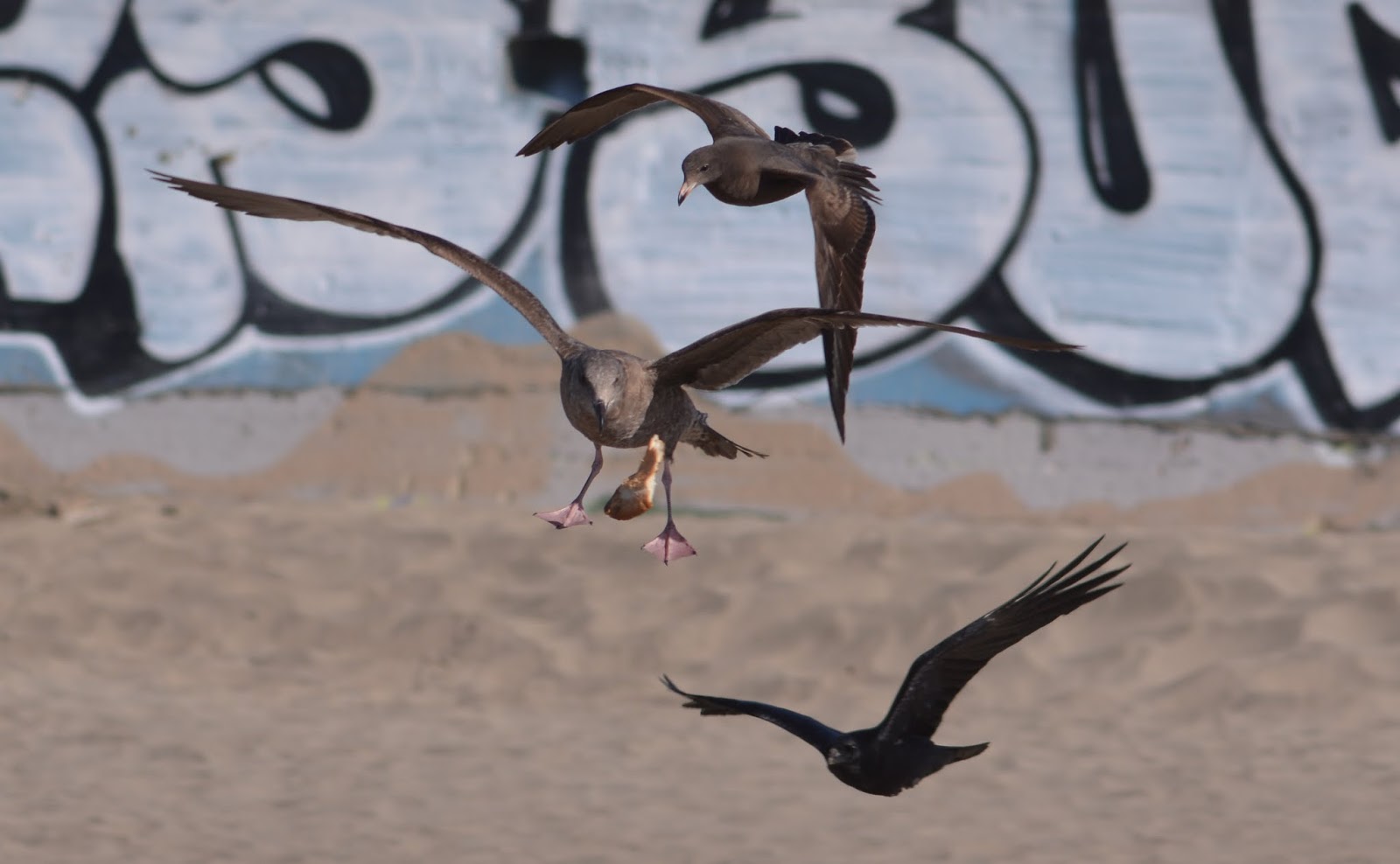 A Common Raven snuck in and intercepted the Heermann's would-be prize in mid-flight: 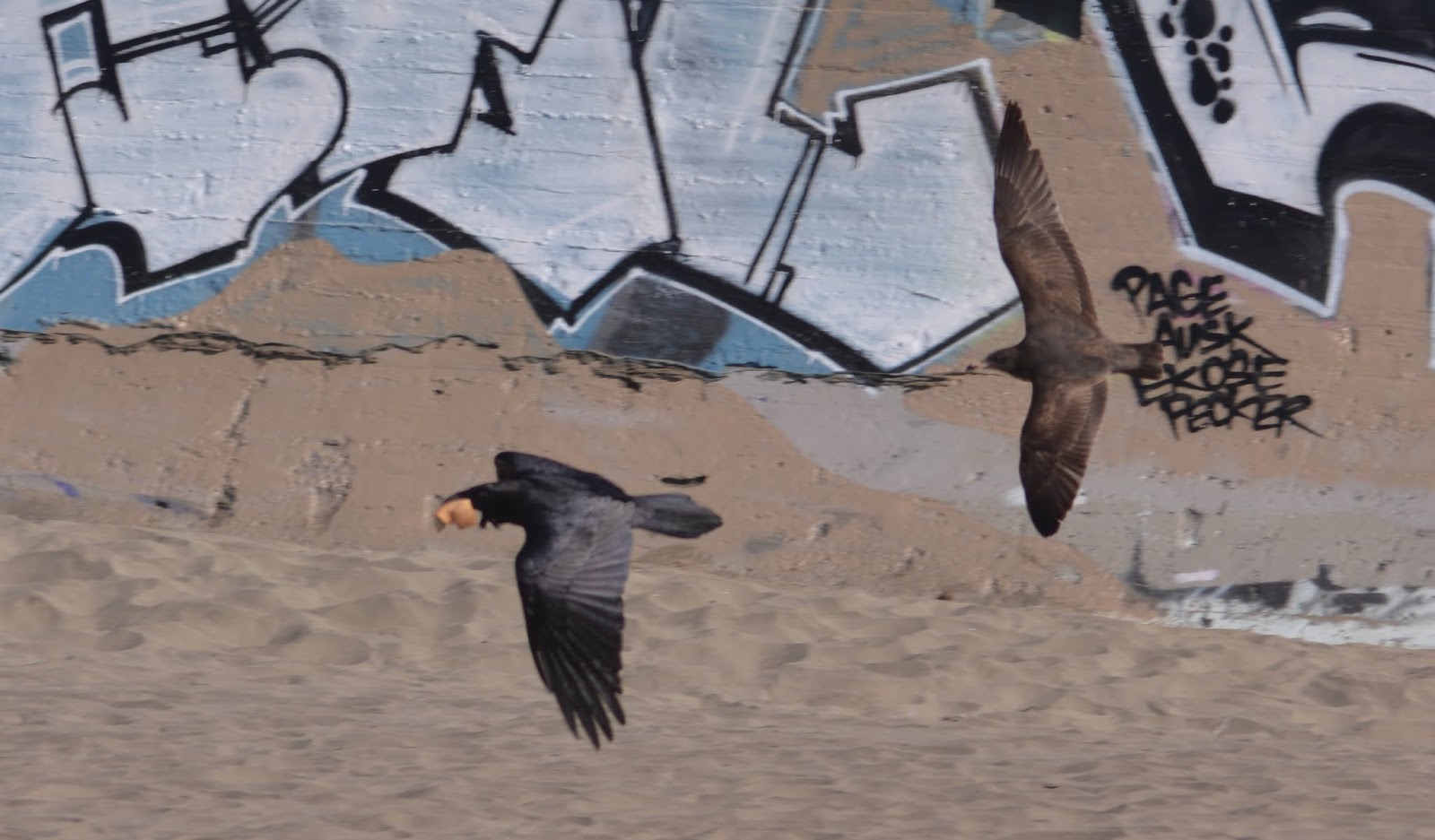 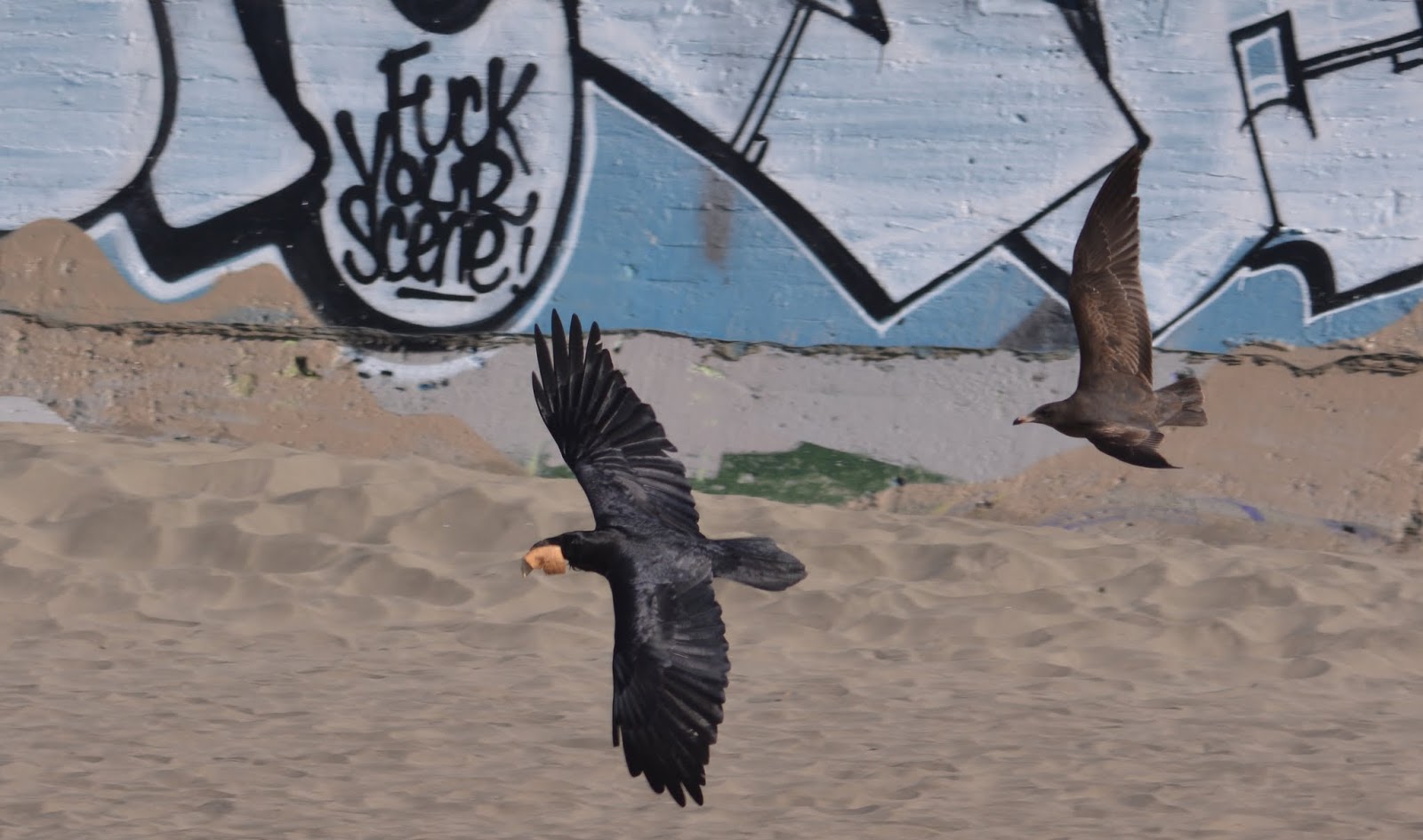 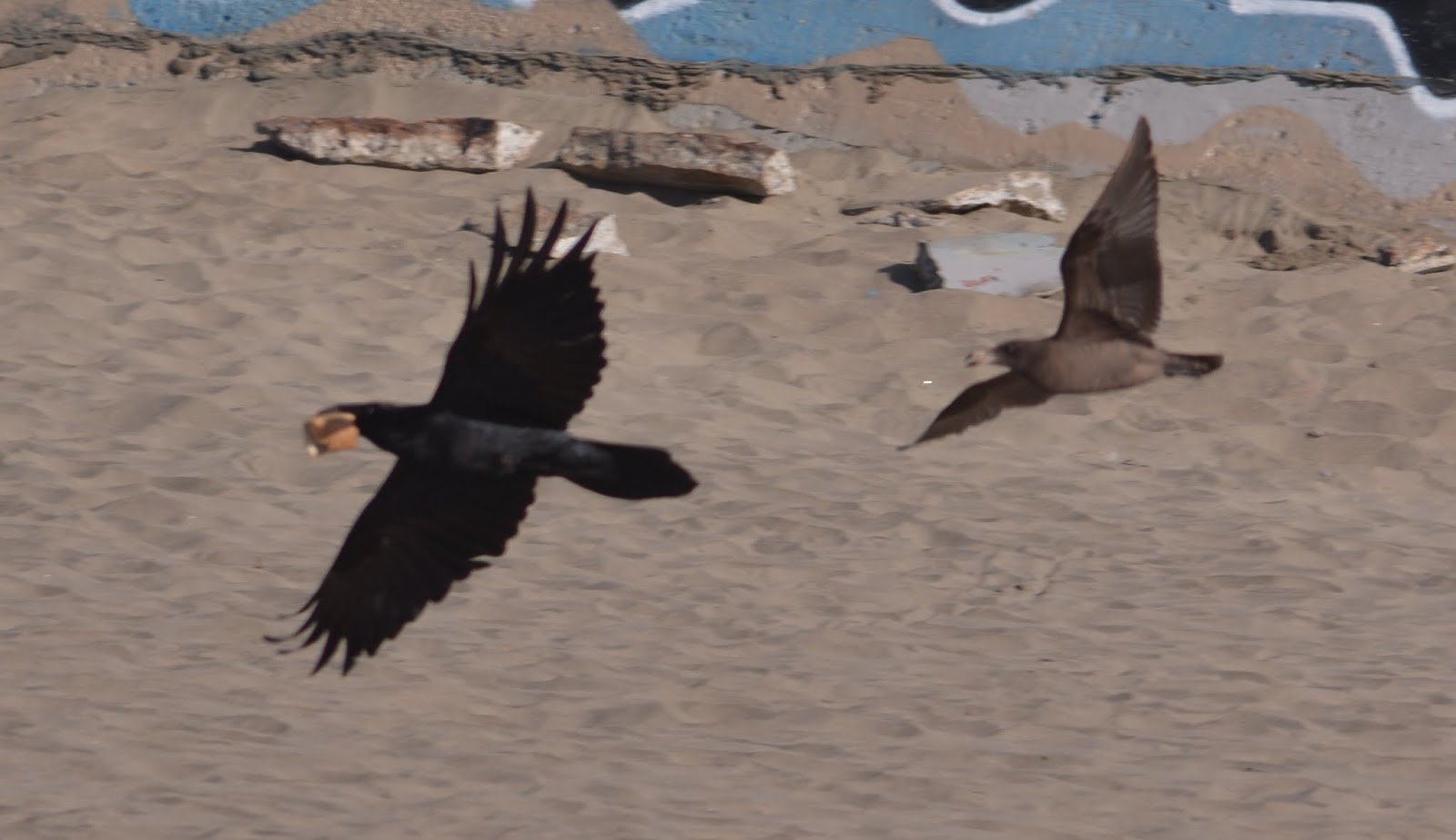 The Heermann's shifted in full gear and chased the much bigger raven for the next minute or so, putting on a spectacular show. 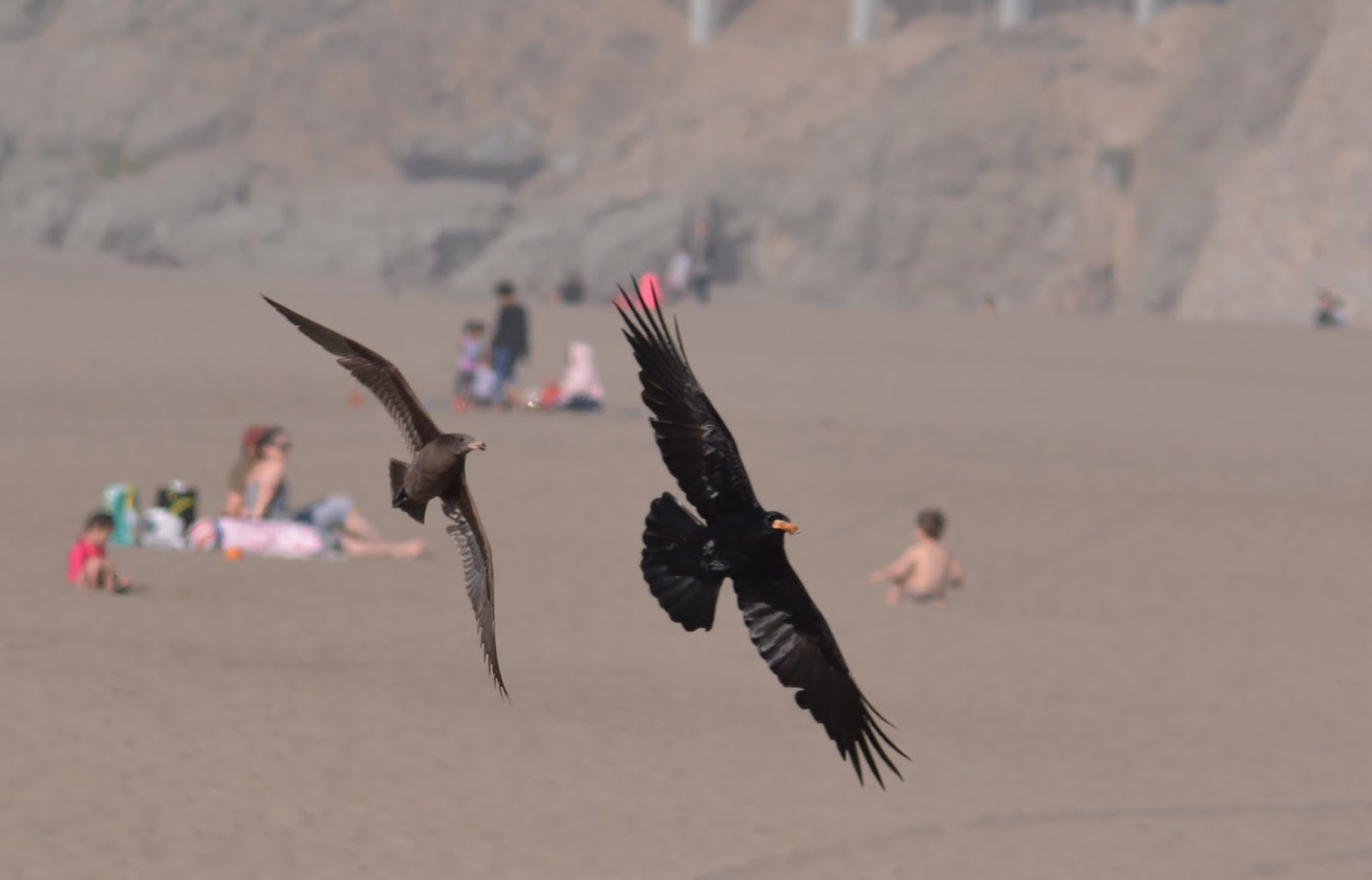 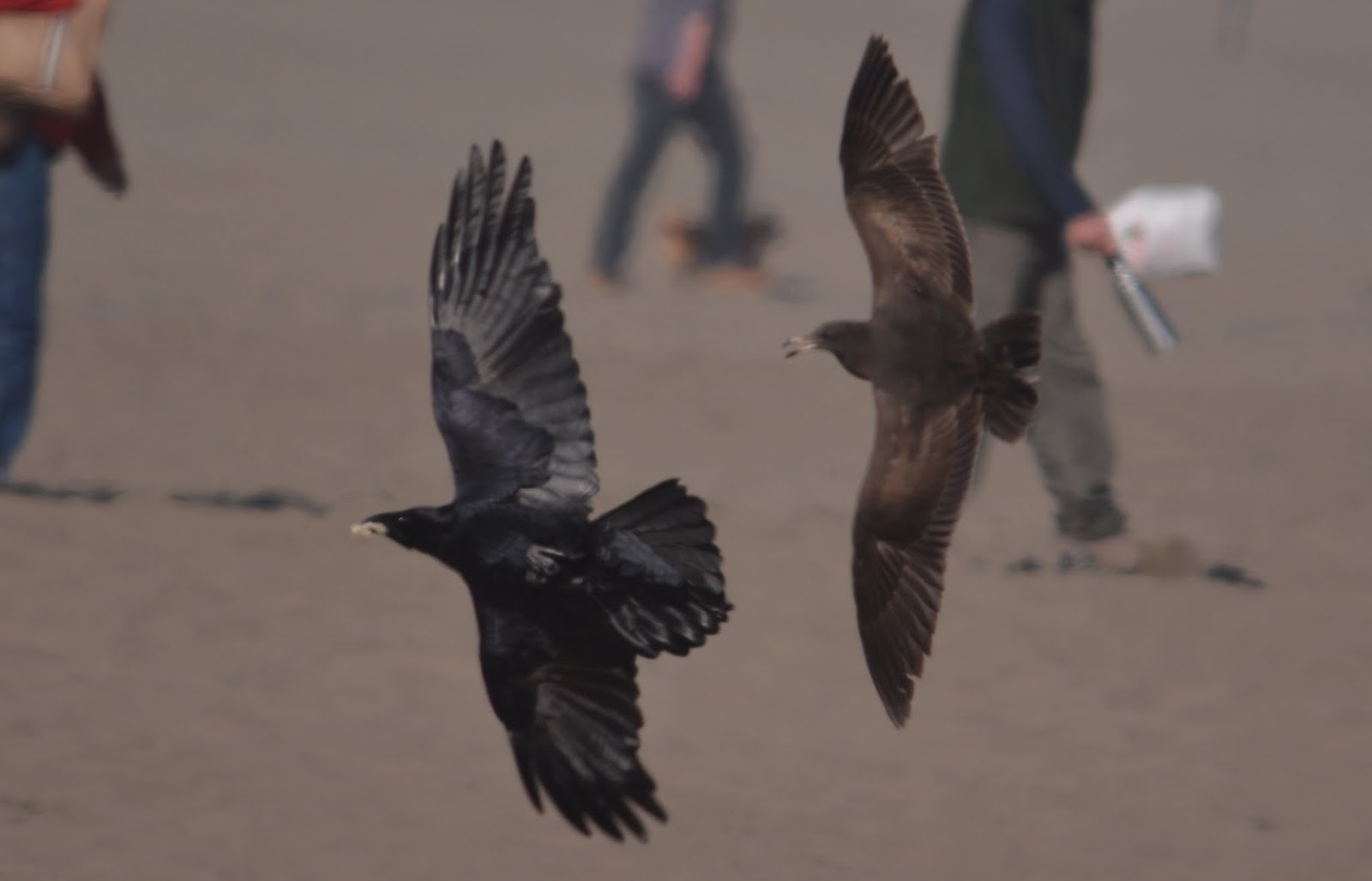 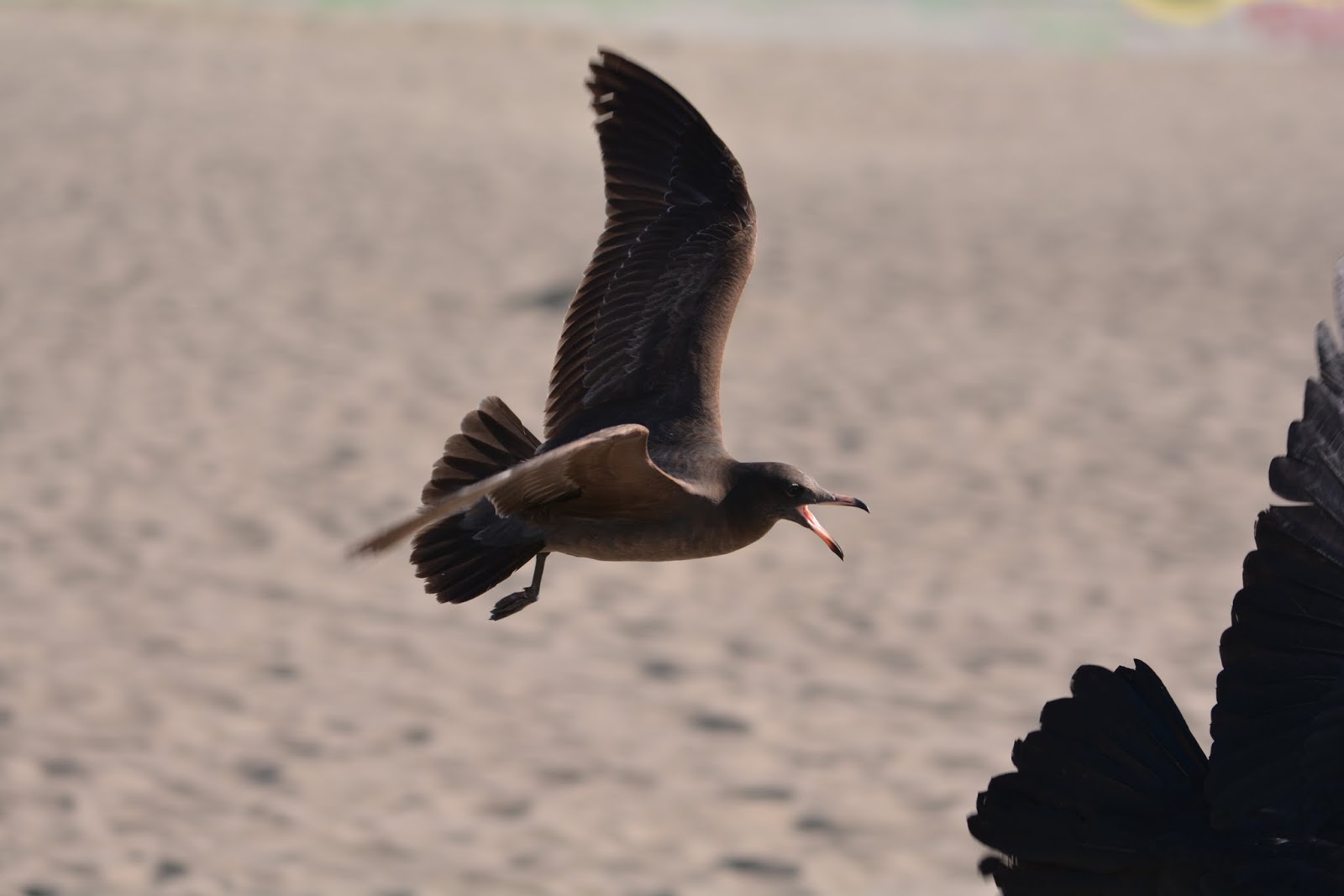 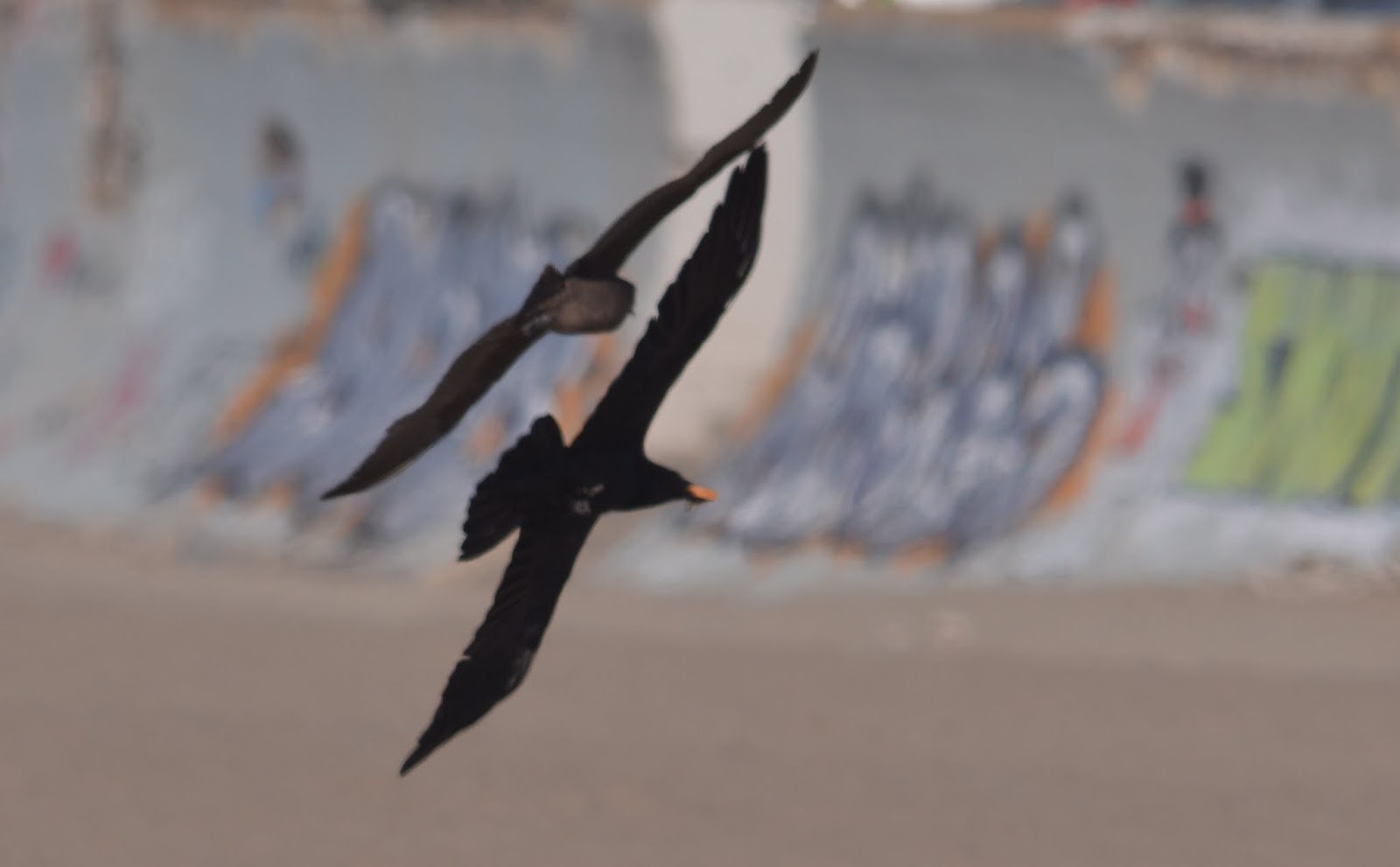 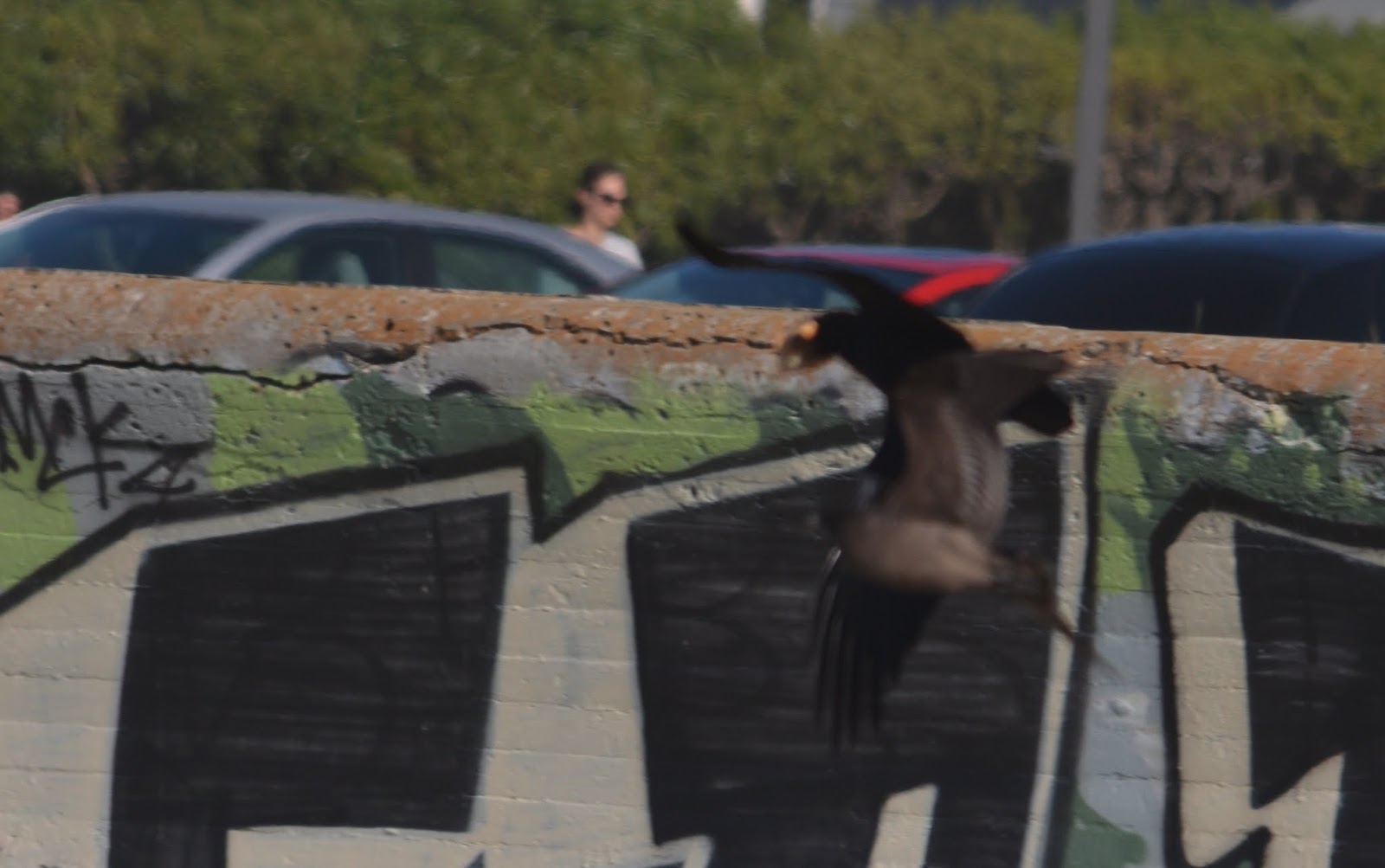 It struck the raven several times in flight, similar to how blackbirds strike larger raptors in flight, but the raven continued... 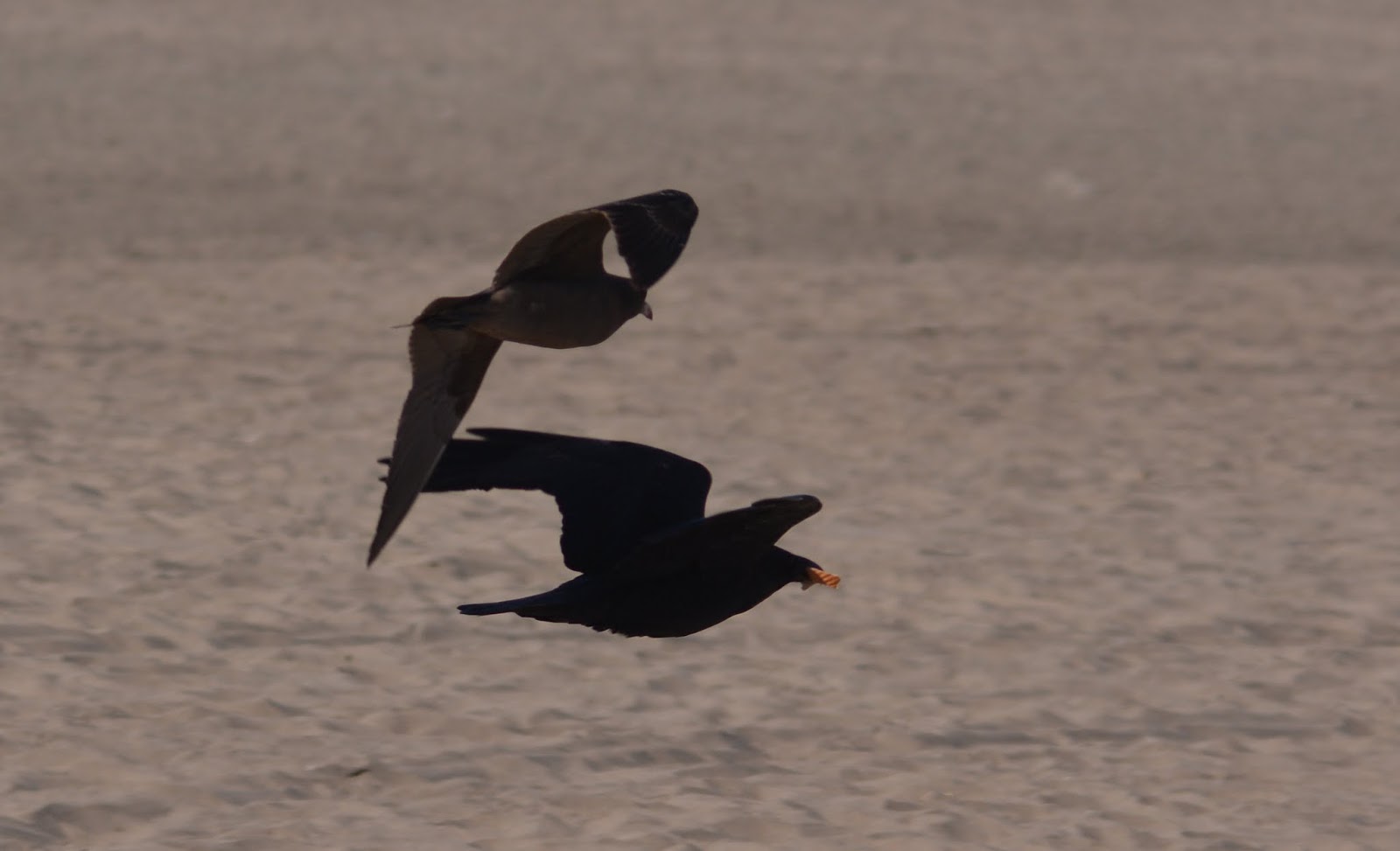 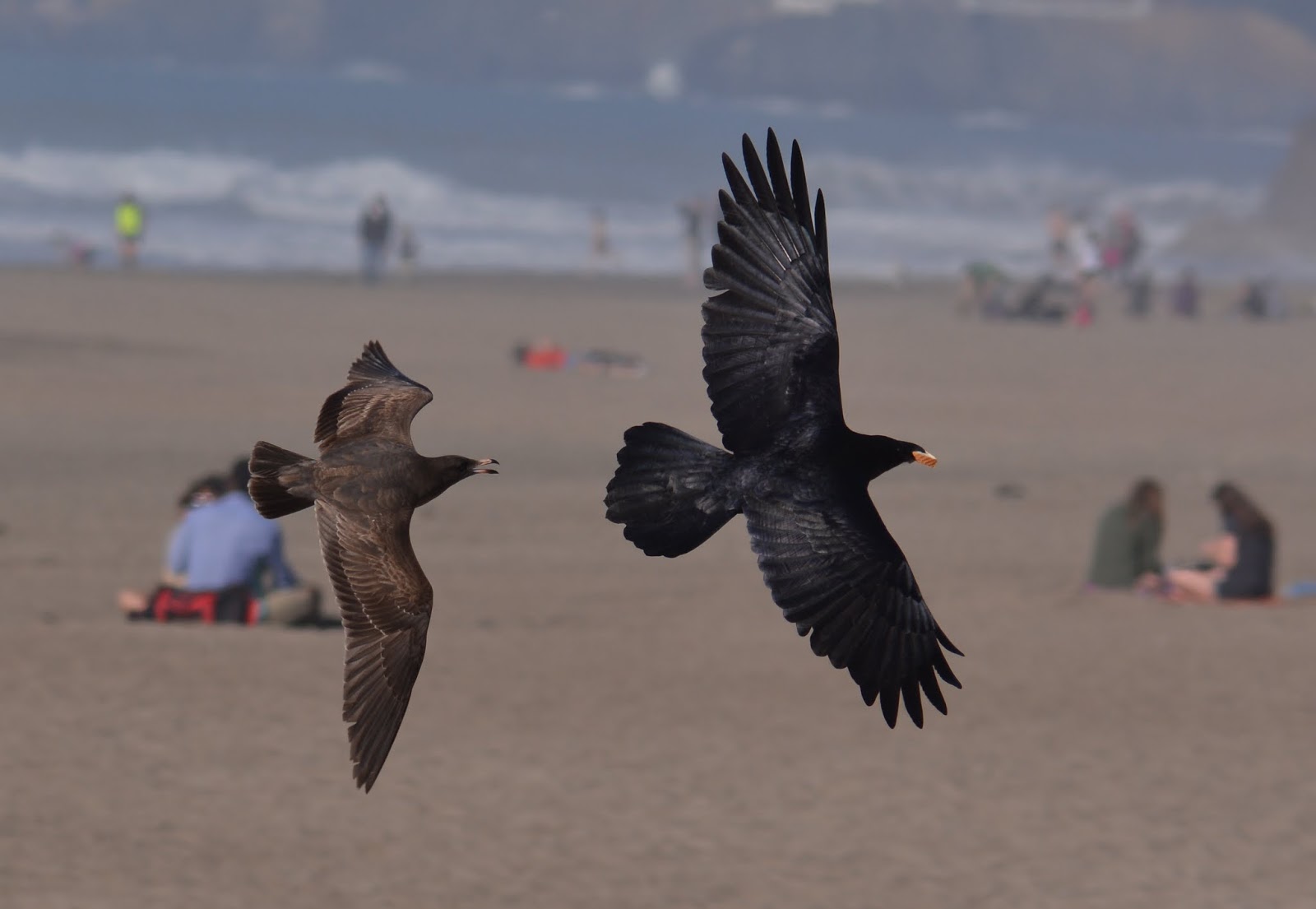 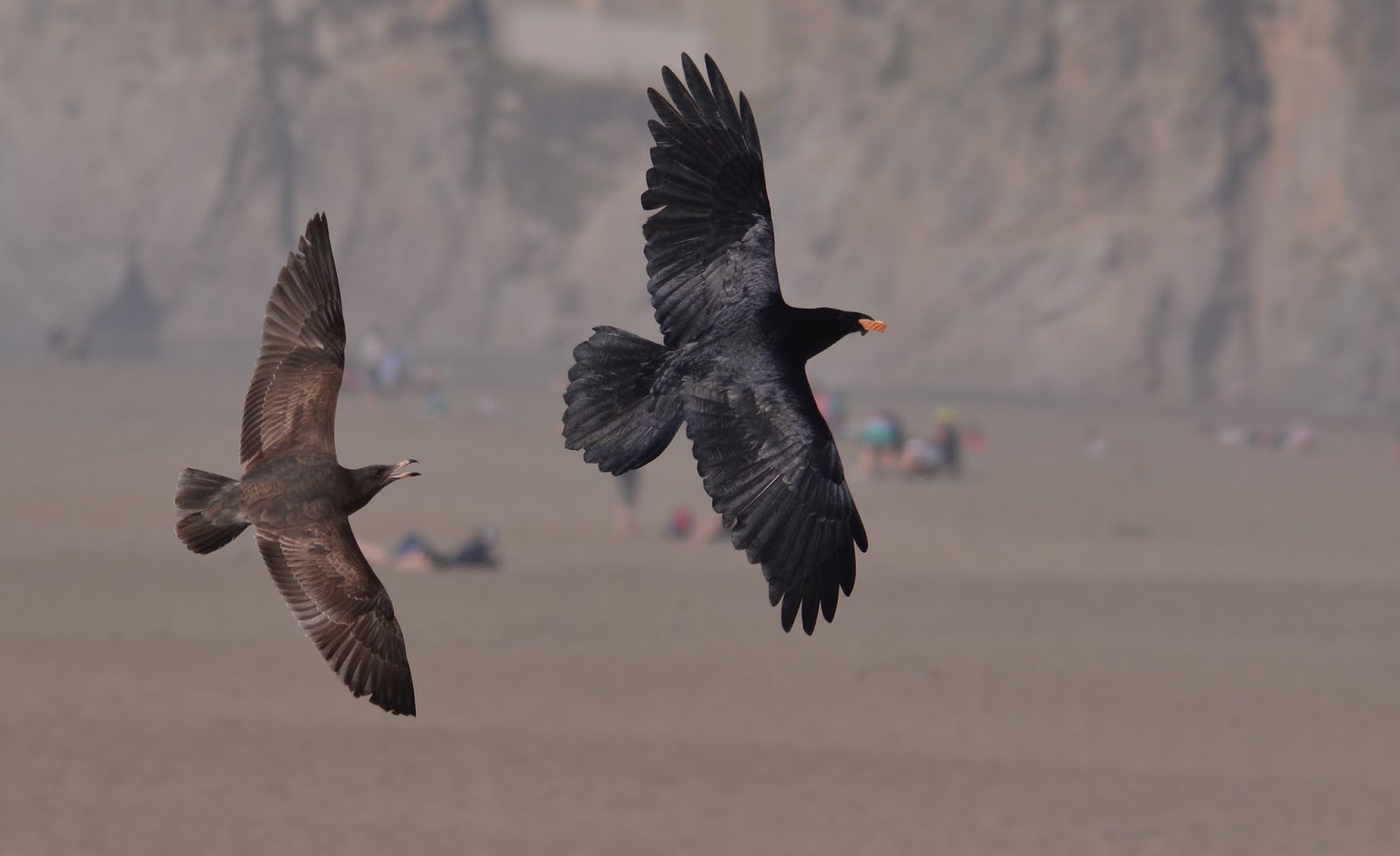 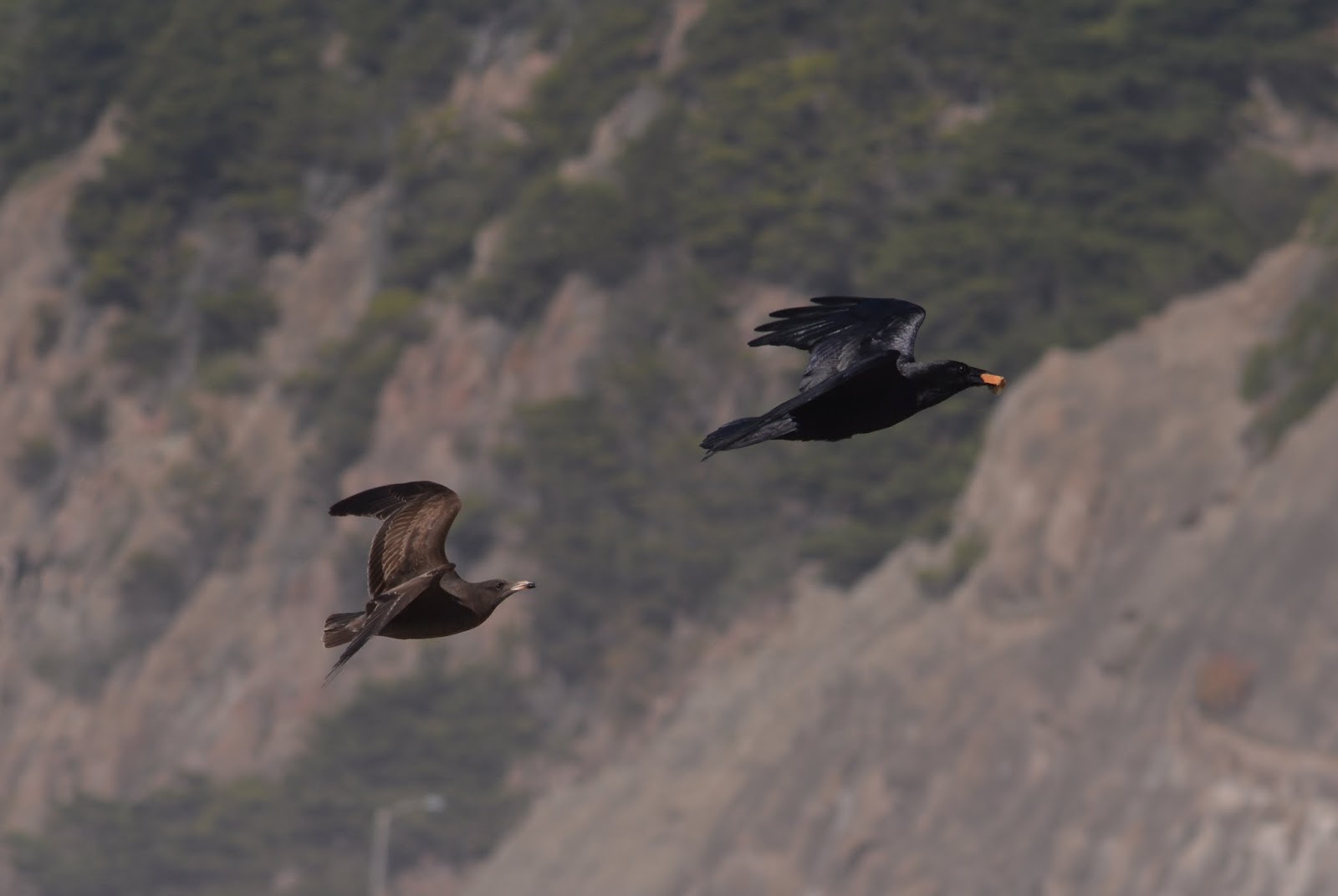 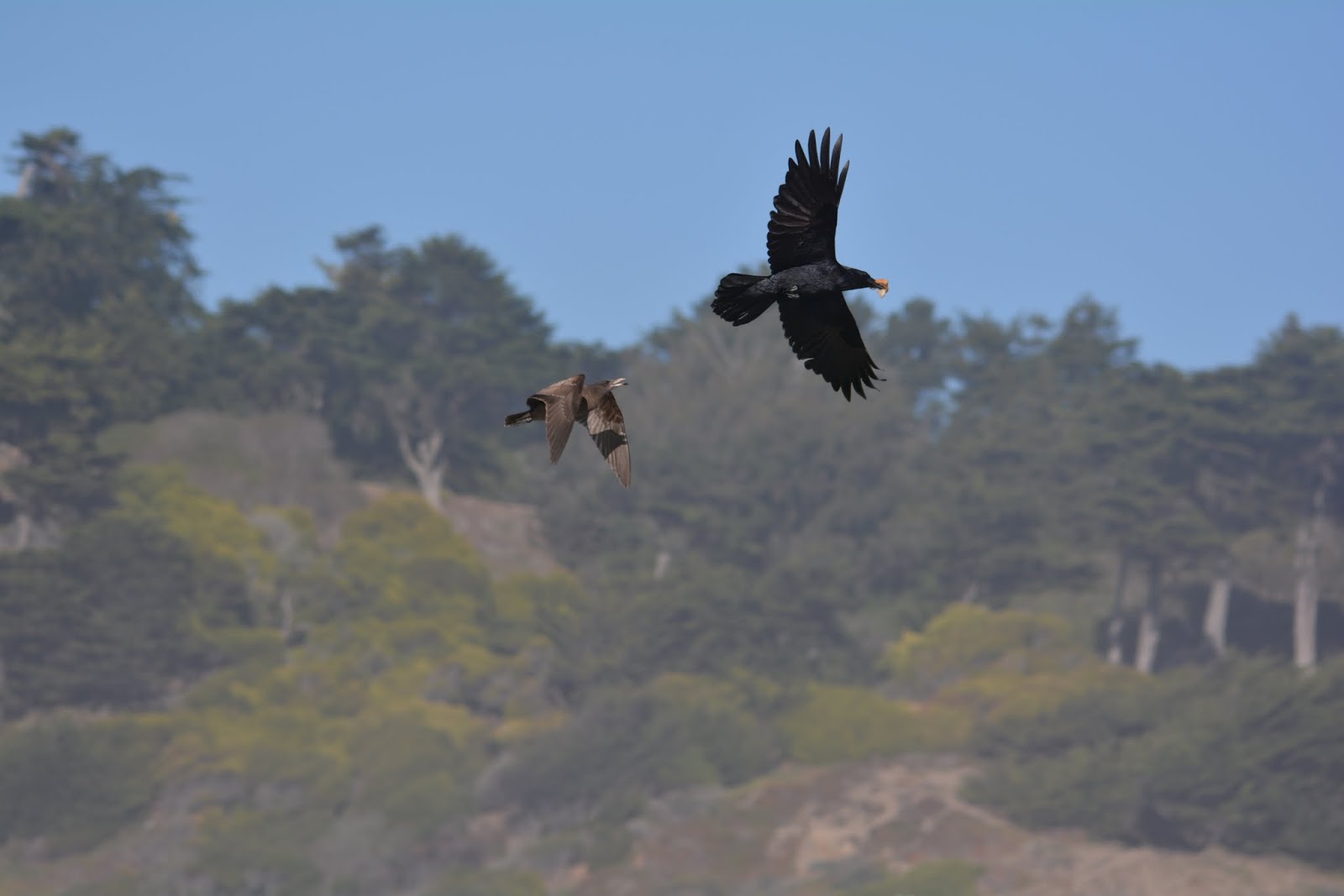 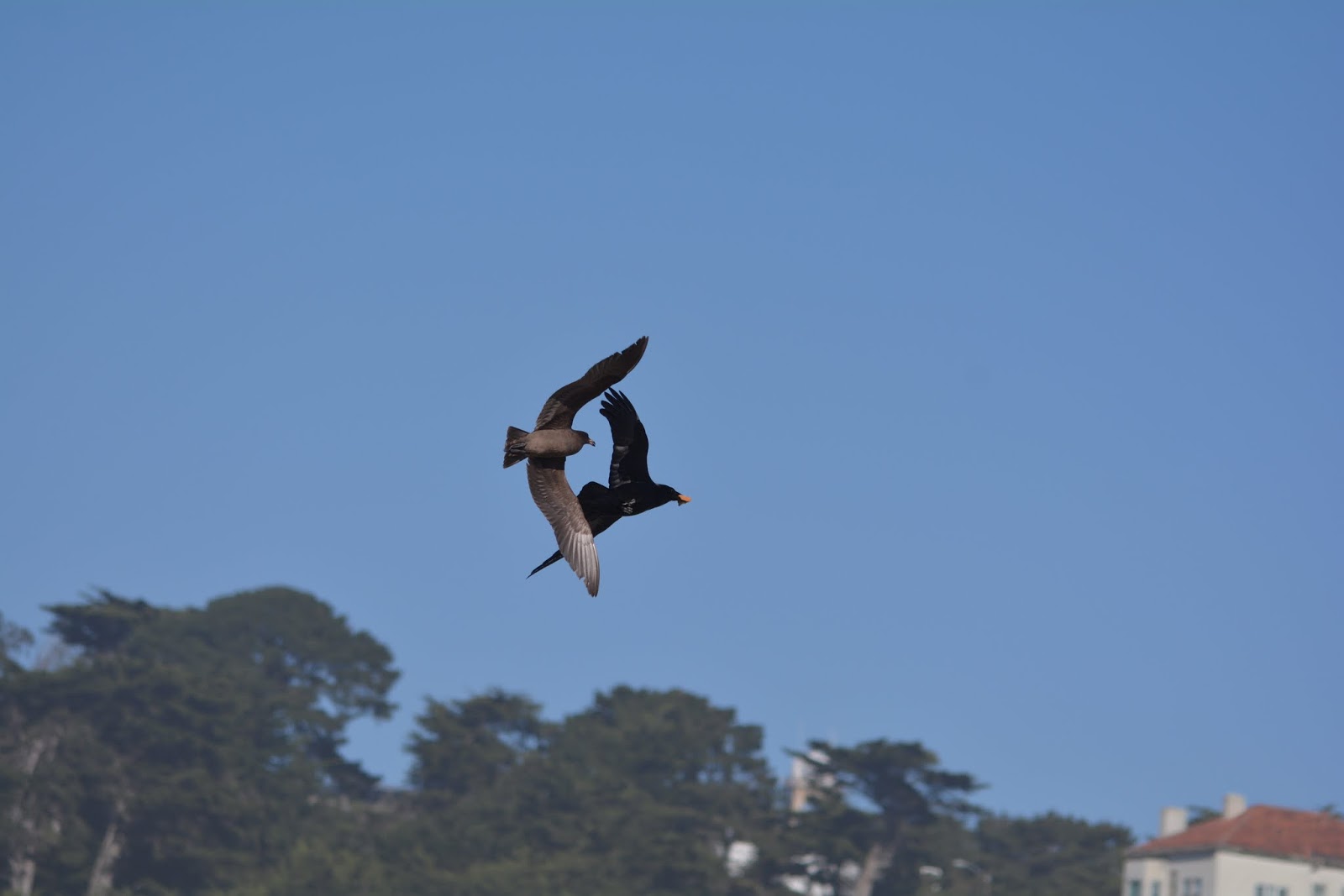 After being knocked of its course and seeming to lose its balance, the raven dropped the piece of bread over the middle of the sidewalk (which the Heermann's didn't go after).

Heermann's is a well-known kleptoparasite of species that are much larger than it such as cormorants, pelicans and even marine mammals. Before this, I'd never seen a Heermann's Gull stealing food on land in such an urban setting. This is an indication of how comfortable and settled this species is becoming along the shores of Califorina and points north. Much more though, I don't know of any documented occurences of this species kleptoparasitizing a larger corvid such as Common Raven. 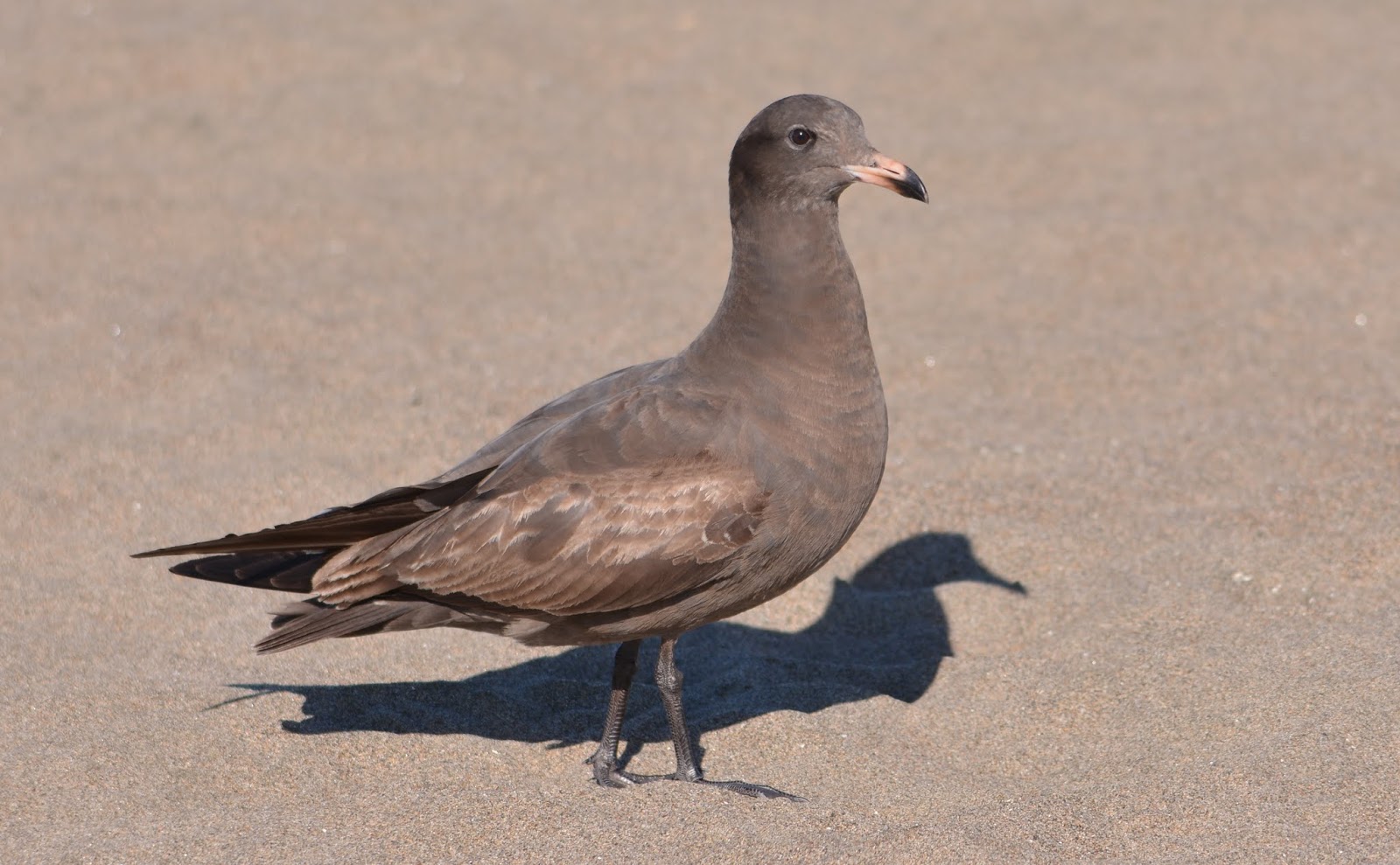