Appledore Gull is the name I've assigned to presumed American Herring x Lesser Black-backed hybrids, and the title seems to be gaining popularity with other gull enthusiasts. I thought this would be a befitting name to commemorate the first "well-documented" hybrid pair from Appledore Island in Maine.

This hybrid is said to be increasing in Eastern North America. Particularly interesting is the increasing amount of them that have been seen by birders in east-central Florida. It would seem that adults are much easier to sort through, and not many 1st cycle birds or intermediate ages are reported - for obvious reasons.

Here's one I recently found that I feel fits this hybrid mix:

Note the upperpart coloration is paler than Lesser Black-backed, but much darker than American Herring. The legs have a pinkish-yellow coloration to them. The face has fine horizontal streaks that recall LBBG, along with a bright yellow bill that is straight with an oblong, and rather large, gonys spot. 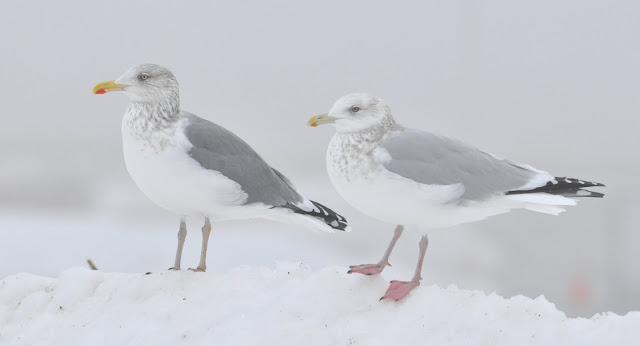 Size-wise the bird was no bigger or smaller than most of the surrounding Herrings. 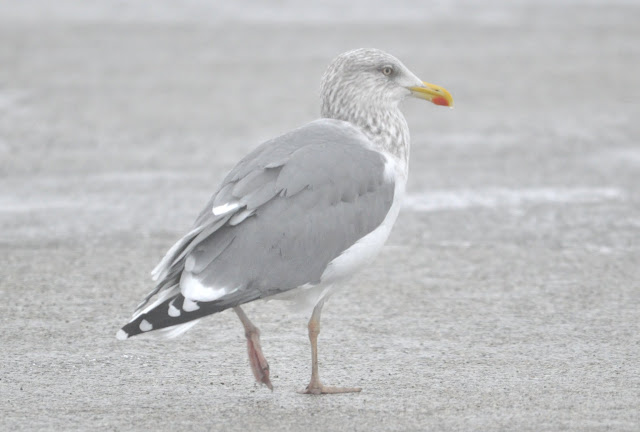 Again, note the pattern of the head-streaking, leg color and bill pattern. 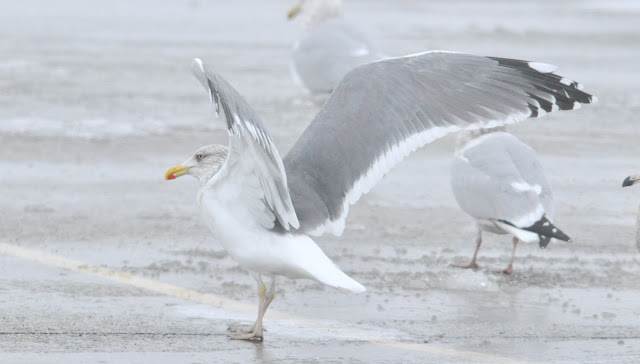 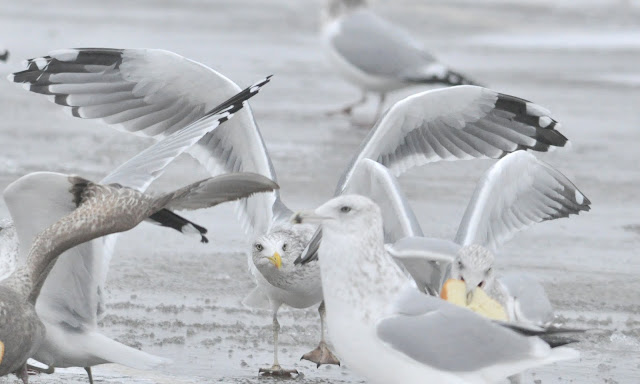 The wingtip pattern is unlike a typical LBBG, but this is usually the case with these presumed Appledore Gulls. If these LBBGs are pairing up with so-called "Northern" American Herrings, then the big white tip to P10, medium-sized mirror on P9, and white tongue tips on P5-P7 make perfect sense.
at January 02, 2014
Email ThisBlogThis!Share to TwitterShare to FacebookShare to Pinterest
Newer Post Older Post Home