Few beaches - if any - top the gull congregation at Daytona Beach Shores in east-central Florida. This evening, we estimated some 60,000 gulls on a stretch of beach less than 2 miles long!

The gulls arrive every afternoon a couple of hours before sunset, having spent most of their day feeding at the local landfills. They eventually fly out to roost past the breakers out at sea. This is strictly a winter affair.

I'd estimate that over 85% of the gulls are Laughing Gulls (the largest winter concentration of this species in all of North America). But among them are decent numbers of Ring-billeds and a bewildering array of every plumage aspect of Herring one could fancy.

Here are a few of my non-Herring highlights from the day:

I was thrilled to bump into Pierre, or "Green F05":

This individual is the most enthralling gull to have ever been followed by North American birders.

Our field trip "began" with us rushing all the arriving participants over to the beach to see the 1st cycle Kumlien's that I found earlier. As I was showing folks the bird - which was giving phenomenal looks - Michael called to tell me he was watching an adult Thayer's found by George Armistead down the beach. We hurried down there and ticked off this unusually rare plumage for Florida: 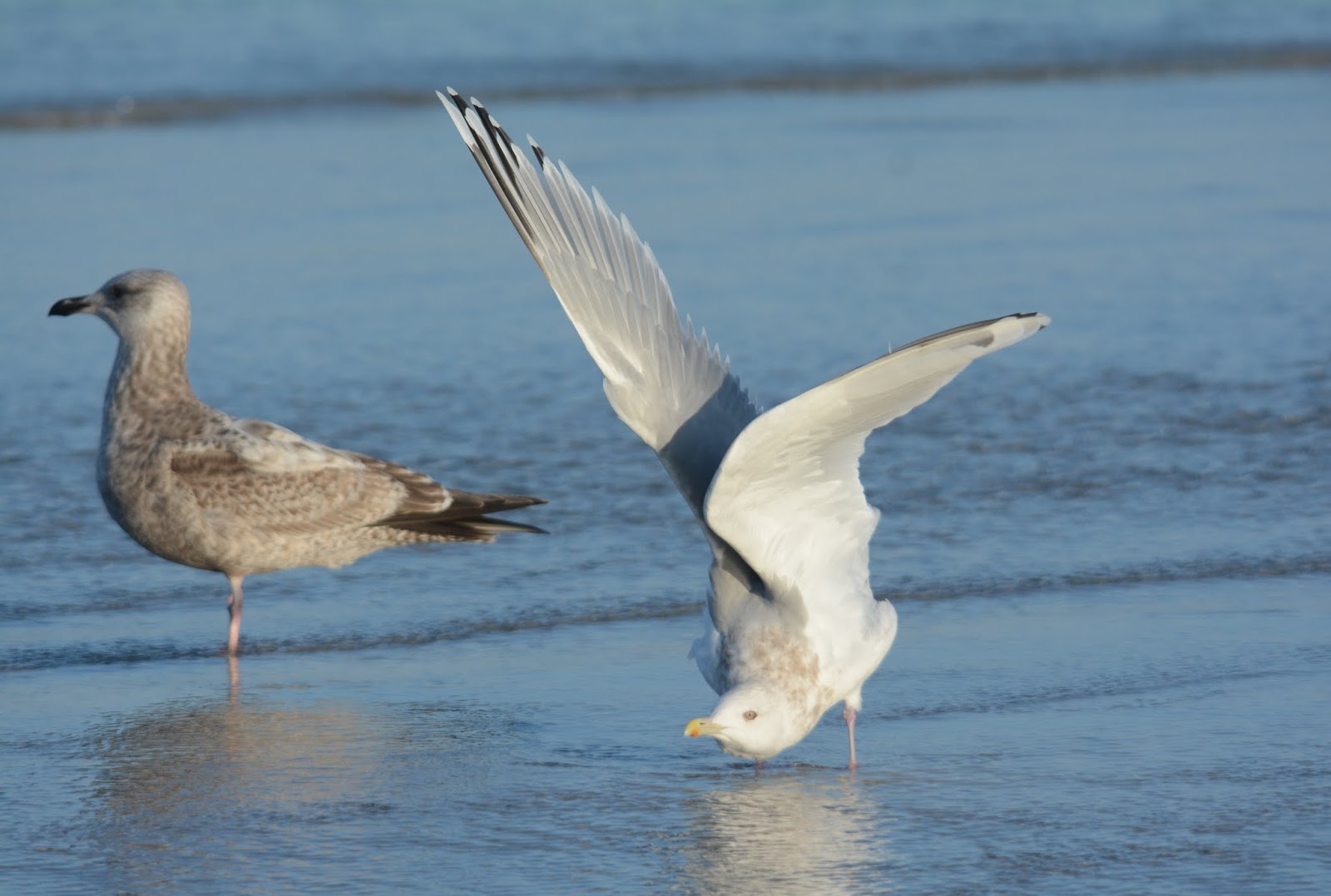 Thanks to George for getting us on this bird! A number of Floridians got a state bird out of it...and almost everyone present got their first adult for the state.
at January 23, 2015
Email ThisBlogThis!Share to TwitterShare to FacebookShare to Pinterest
Newer Post Older Post Home