A few first winter Herrings from the last two days.

The almost all juvenile plumage on this bird got my attention. After sorting through more and more 1st cycle Herrings here, I've realized quite a few appear this neat and show "durable" juvenile plumages. The upperparts are exceptional for this time of year.

This next bird has also retained most of its juvenile plumage but is sleeker and has an attenuated look to the rear:
The tail pattern on this gull is not typical of 1st cycle American Herring, but perhaps within range. Besides being rather thin, there's limited pigmentation coming up the edges of both outer rectrices. The uppertail coverts are sparsely marked in comparison to the average Smithsonianus. 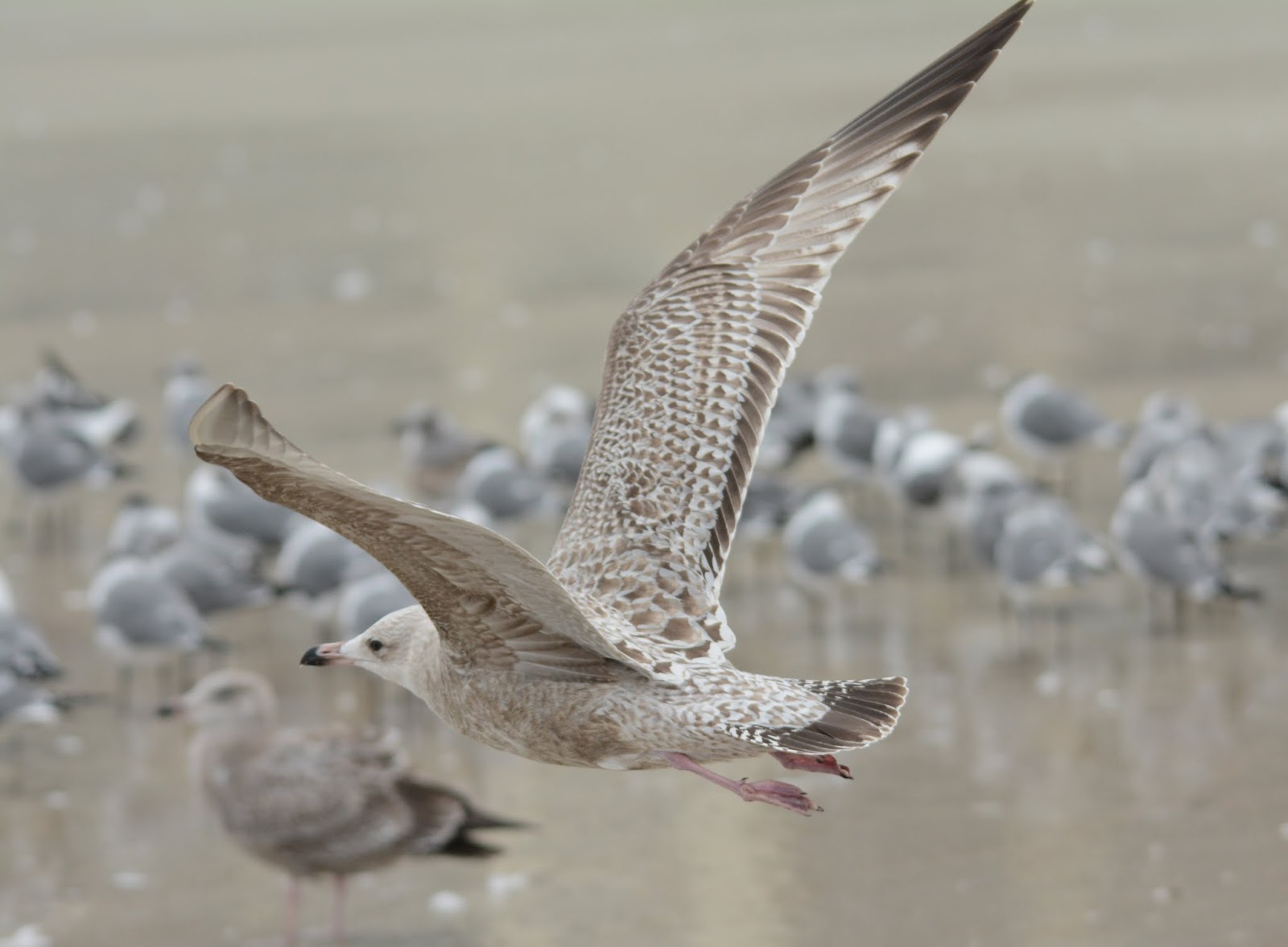 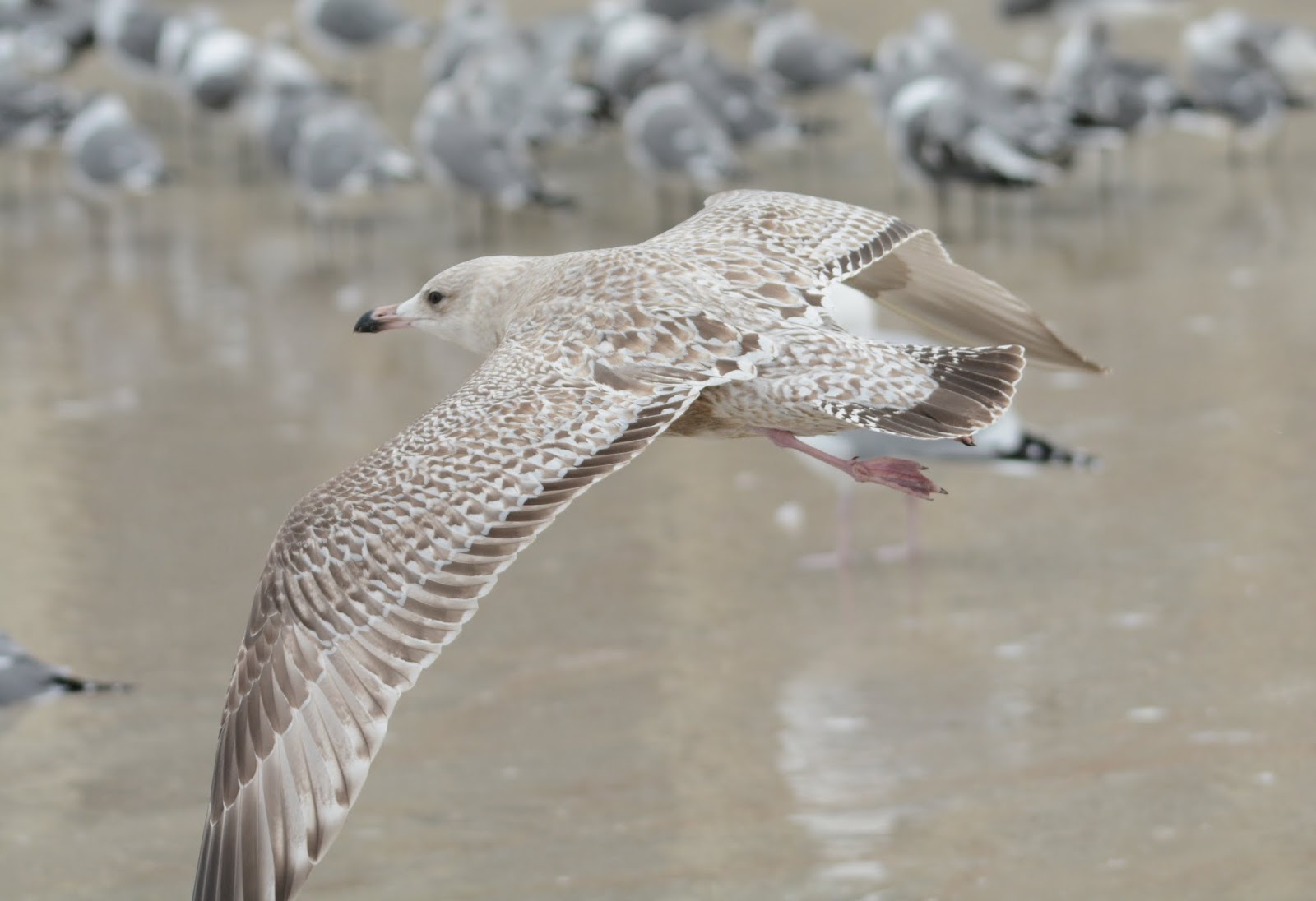 Next up is a pale, beefy individual, also holding on well to its first basic (juvenile) plumage:

Finally, here's a first cycle that has renewed some of its scapulars, but shows a few interesting features:

There are lots of neat looking 1st winter Herrings to sort through down here. Much variation and difficult to relegate them to one or two plumage aspects...more details later.
at January 24, 2015
Email ThisBlogThis!Share to TwitterShare to FacebookShare to Pinterest
Newer Post Older Post Home