I try to keep close tabs on the Hammond Marina Kumlien's Gull once we get this late in the season. Yesterday, I found it hanging out on the "No Wake" sign at the harbor mouth - my third sighting of it this month. 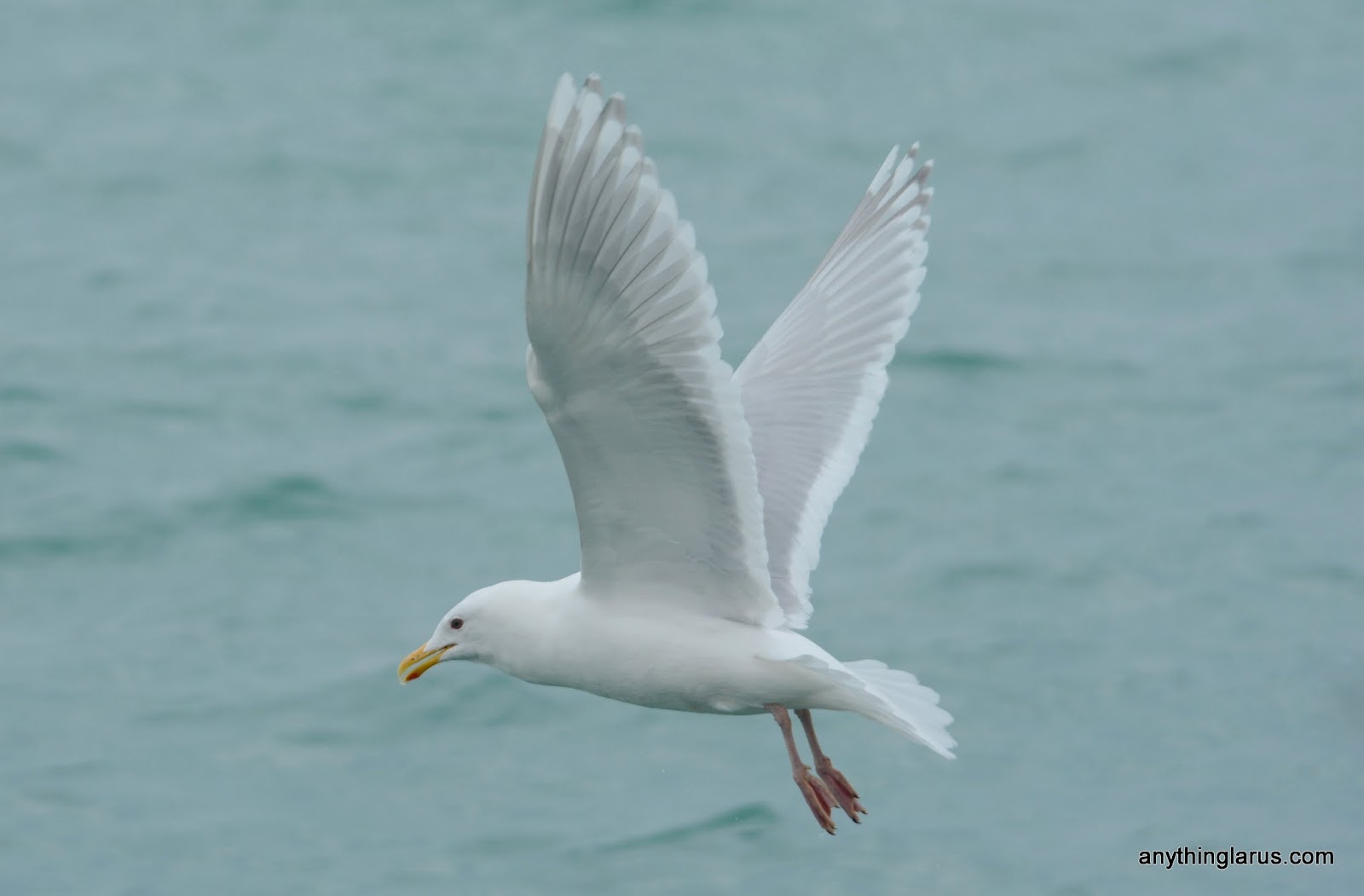 It wouldn't be unusual for this bird to continue into the last week of April. On average it seems Kumlien's - in general - linger later into the Spring on southern Lake Michigan than do Thayer's. For what it's worth, here are both the Illinois and Indiana record late dates for this species, respectively: 26 May 2005 and 12 May 1999. There are no June records of this species in either state. 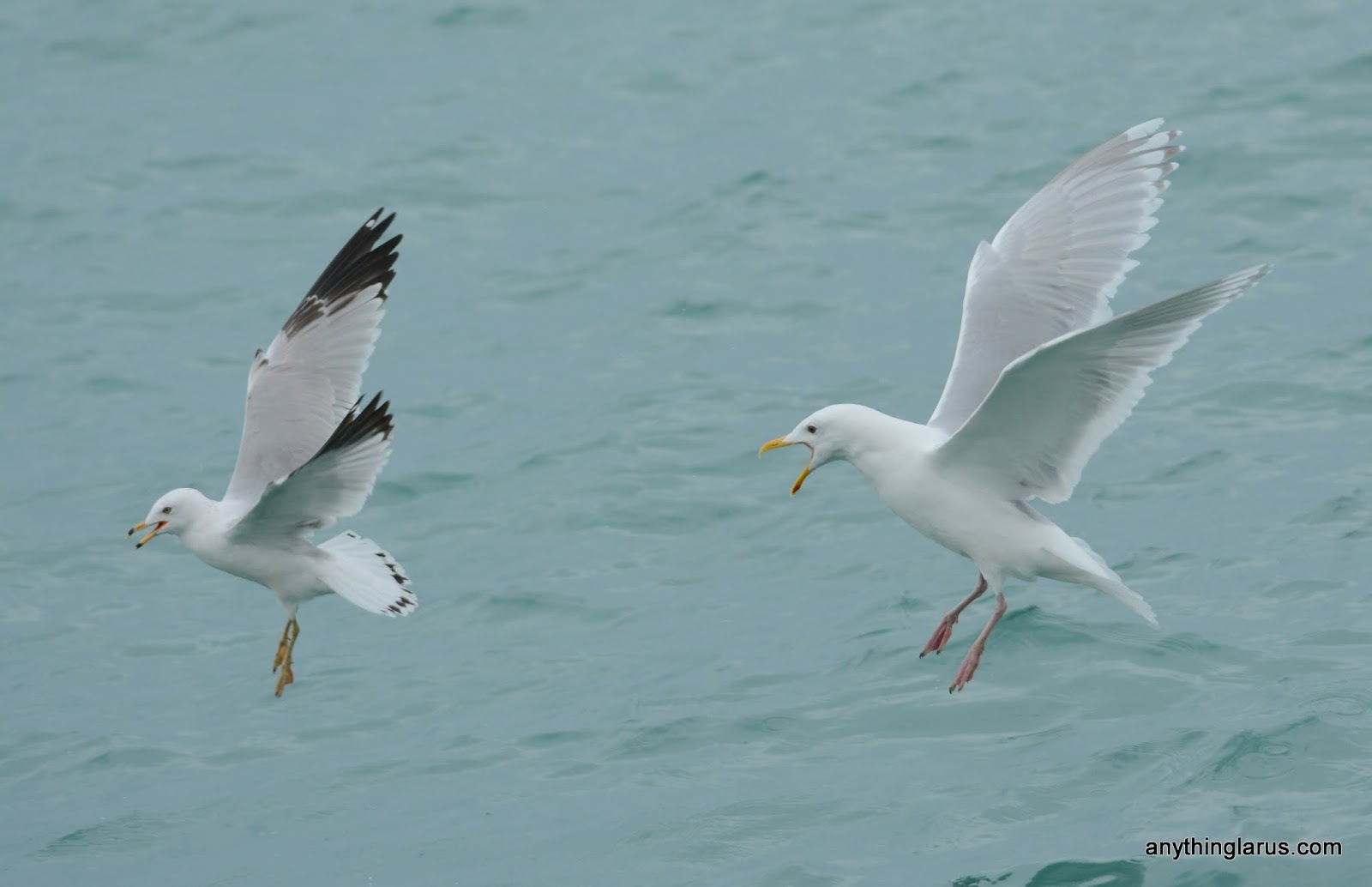 Interestingly, there are later Thayer's records in Illinois (28 May 2008) and Indiana (20 June 1978). The Wisconsin lakefront, having so much more shoreline and being some 300 miles to the north of us when considering the northernmost extreme of the state, occasionally sees these white-wingers into June.

I personally have a Thayer's June record from Sheboygan, Wisconsin and a record late date from 11 July 2014 (Sheboygan, Wisconsin). But still, on average, there seem to be more Kumlien's records on Lake Michigan later in the season than Thayer's. 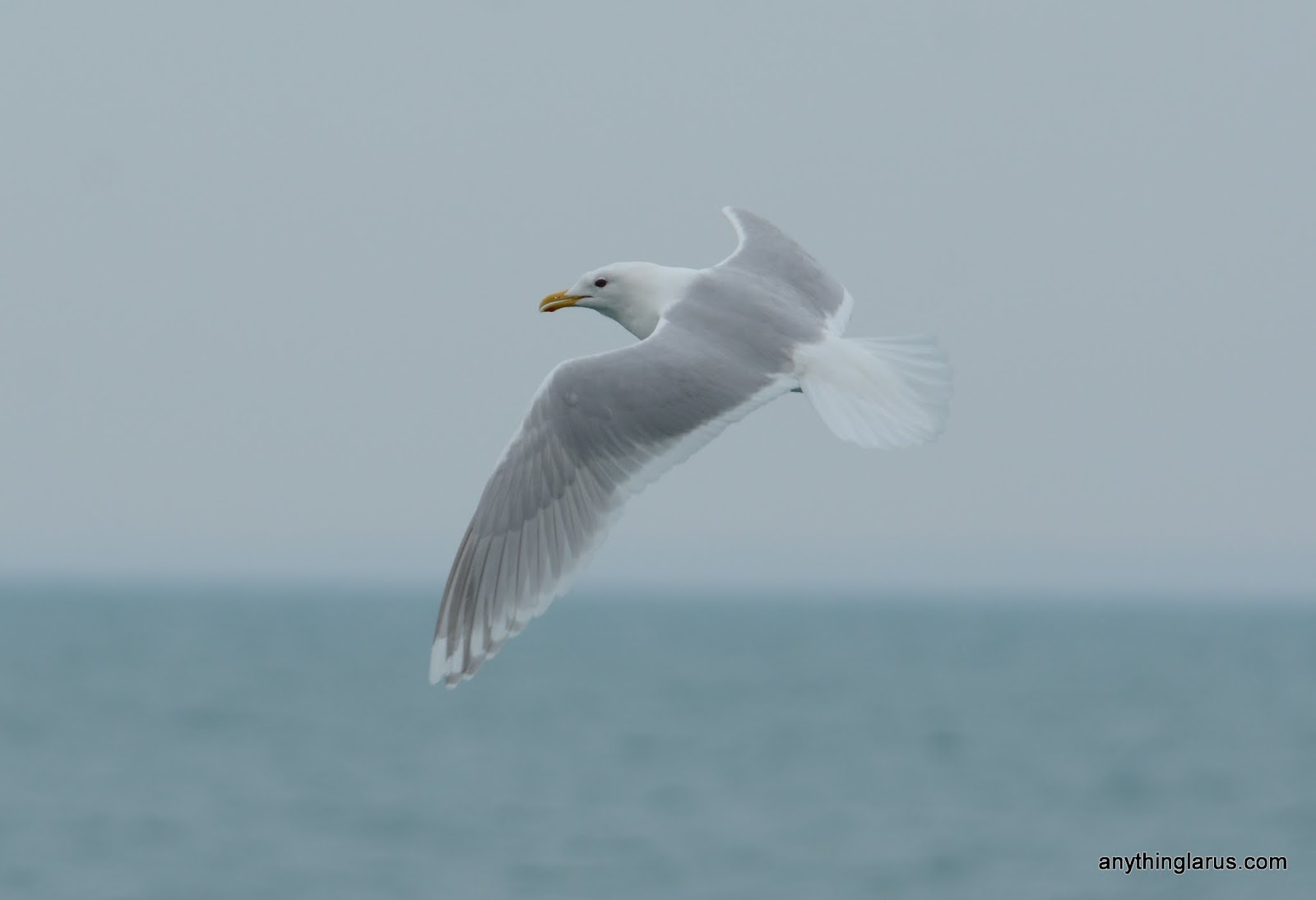