Late June is when we begin to see juvenile Ring-billeds here on the far south rim of Lake Michigan. Juvenile Herrings are usually 3-4 weeks behind.

I got out to East Chicago, Indiana yesterday (27 June 2015) to check to see if any of the local RBGUs had fledged. I was rewarded with 5 individuals on the beach with a handful of distant birds adjacent to the colony still being fed by adults. 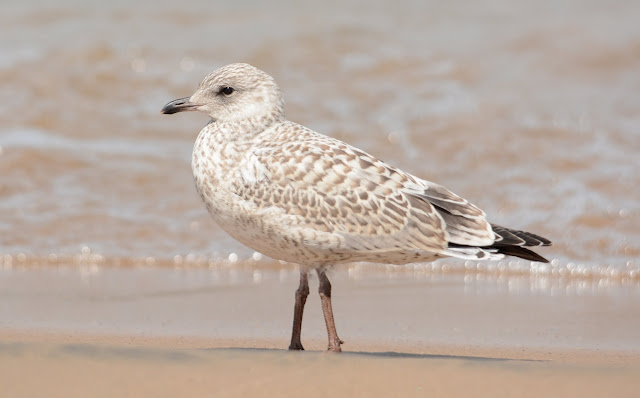 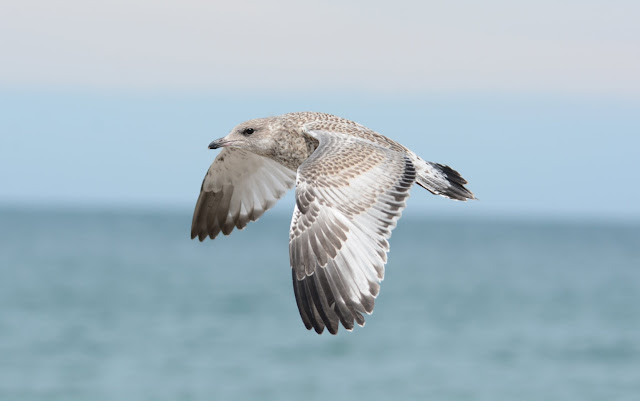 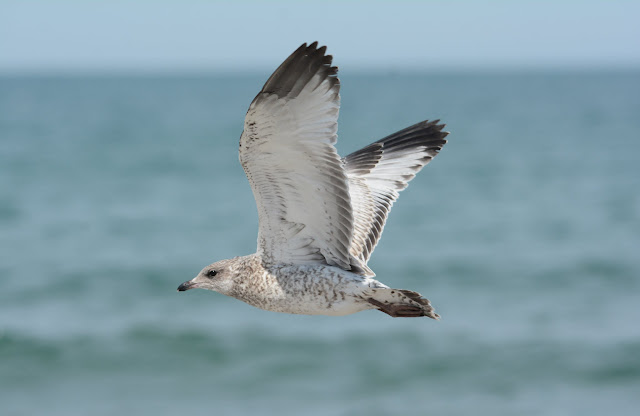 As is typically the case with these fresh-out-of-the-colony juveniles, the outer primaries are still growing (particularly p7-p10), as are the outer rectrices and bill:

There were also 7-8 Herrings on the beach, including several adults which breed in small numbers in East Chicago. I made the foolish mistake of not scanning their legs for bands, and only when I got home and looked through my photos did I notice this adult with a federal band: 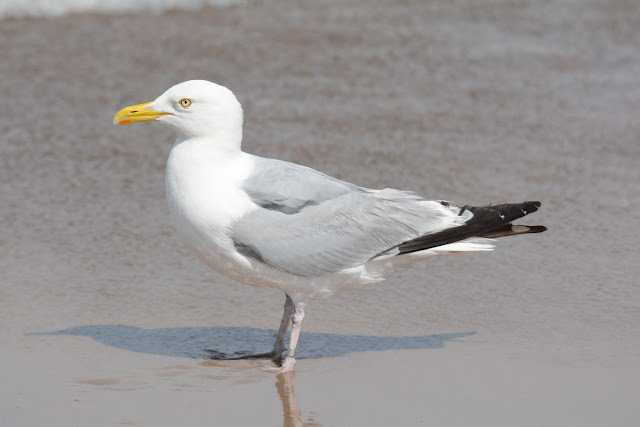 It never fails. This has happened to me several times now...doh! I'll have to make a trip back and work to find this individual again. Here's a flight shot in advance: 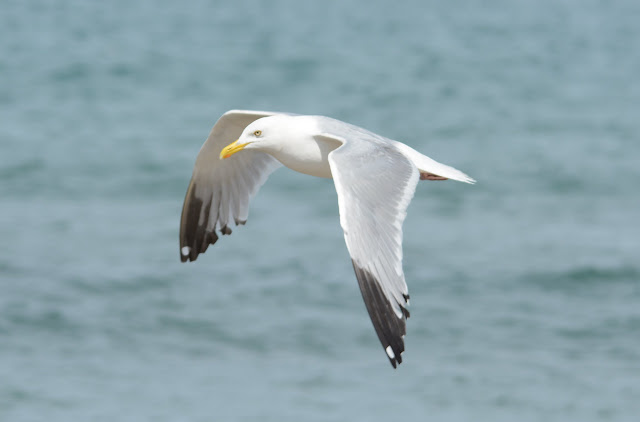 And now a couple of first summer Herrings: 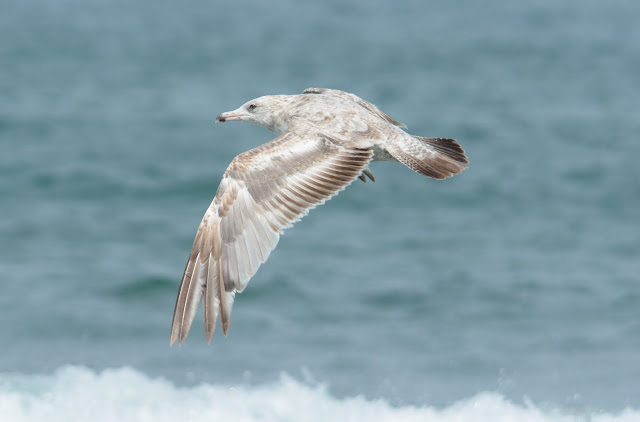 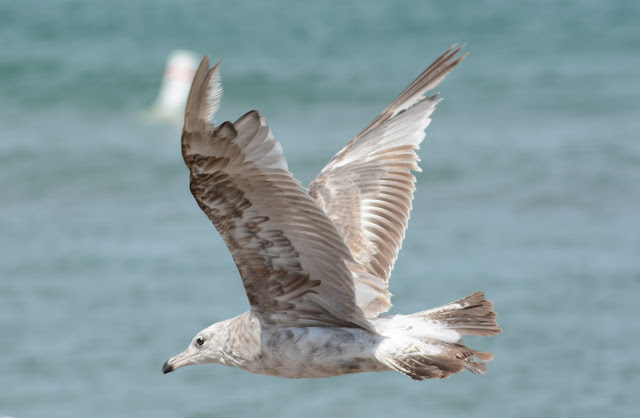 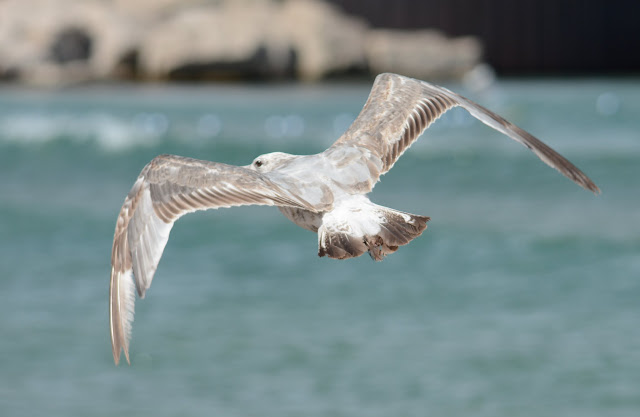 P-molt in these 1-year-olds currently averages out to about p5 (roughly half-way done).
at June 28, 2015
Email ThisBlogThis!Share to TwitterShare to FacebookShare to Pinterest
Newer Post Older Post Home