Three Herrings and a [Dead] Fish

It's not uncommon to find Herring Gulls feeding on dead fish along the Illinois, Lake Michigan lakefront, especially in the Fall season. Below is a series of photos taken at 63rd Street Beach on 01 Ocotober 2014.

When I arrived at the beach this adult was feeding: 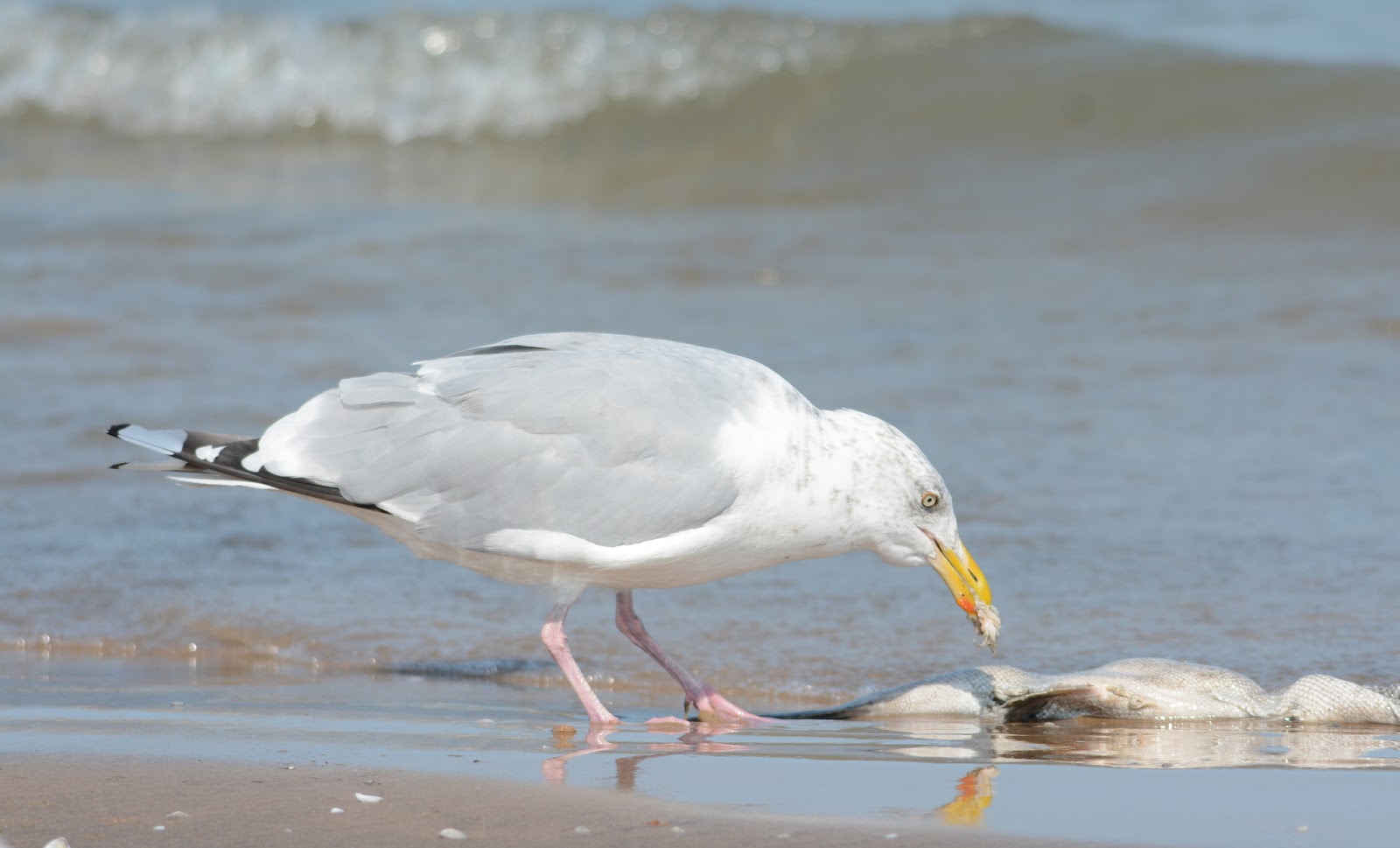 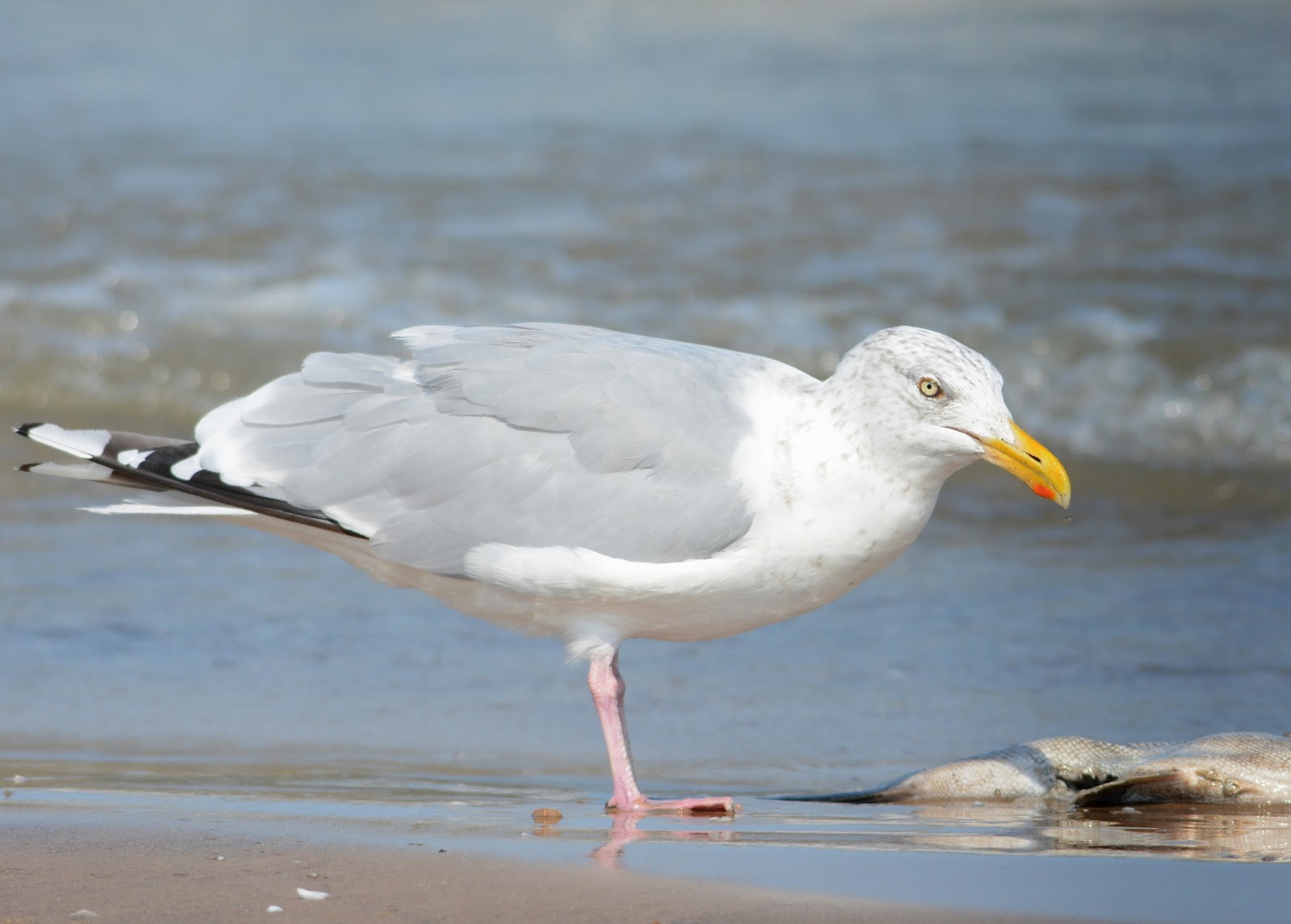 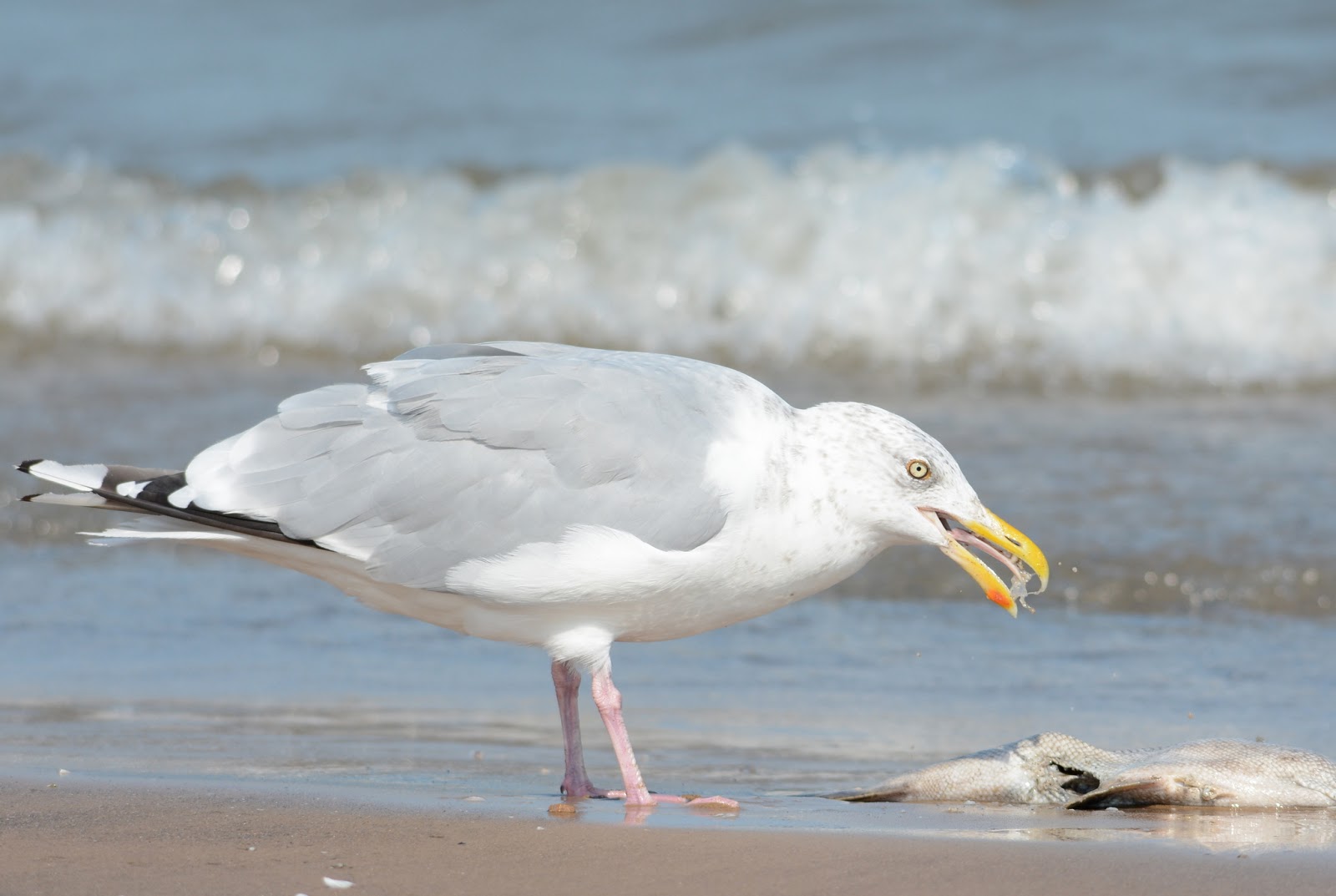 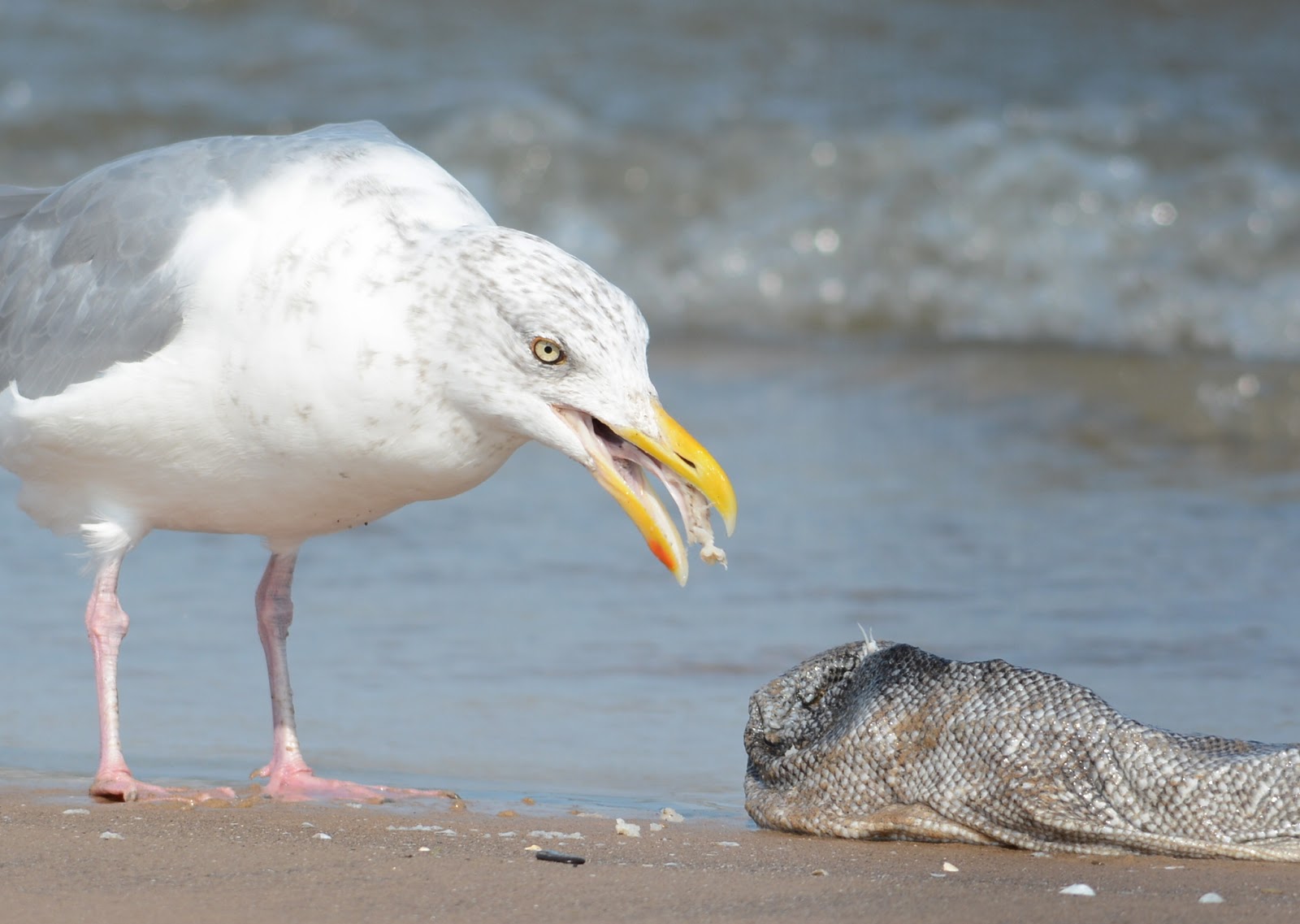 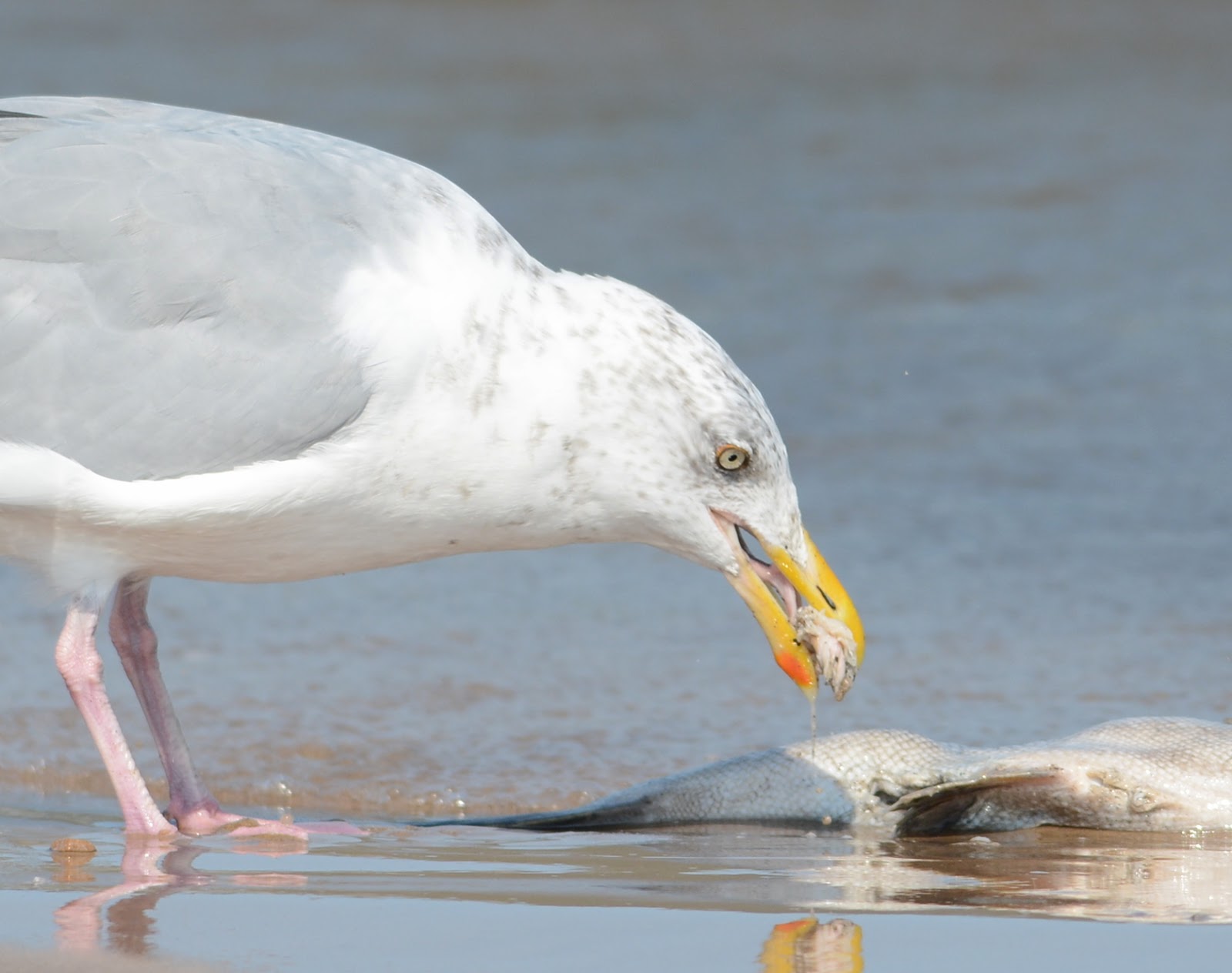 Close by were two younger birds - a second cycle and a hatch year bird - patiently waiting their turn to feed. Somehow the HY bird snuck in after the adult, and this seemed to disobey any hierarchy-of-feeding code, if such a thing exists with gulls: 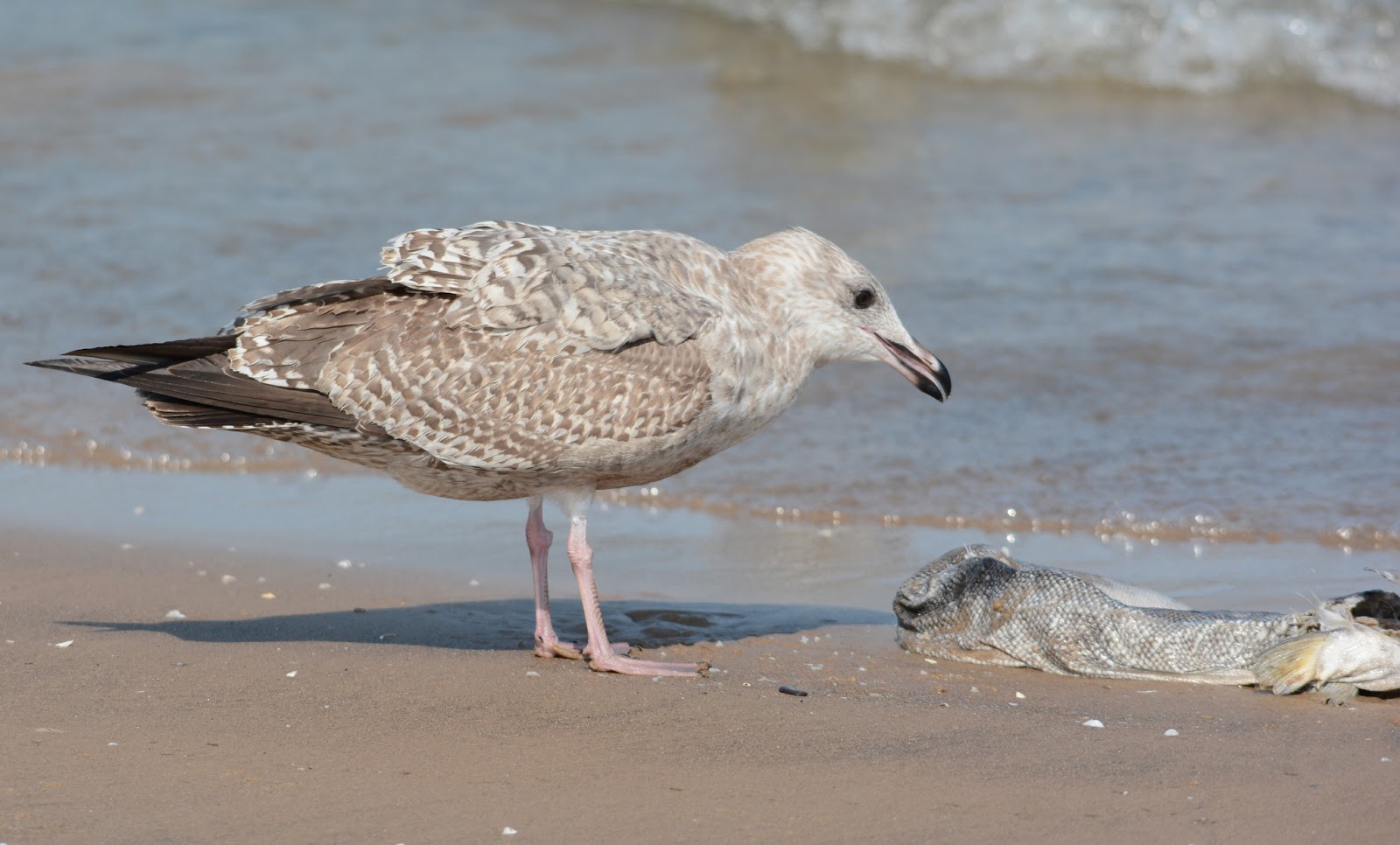 But not for long. The 2nd cycle almost instantly moved in and flexed its muscles: 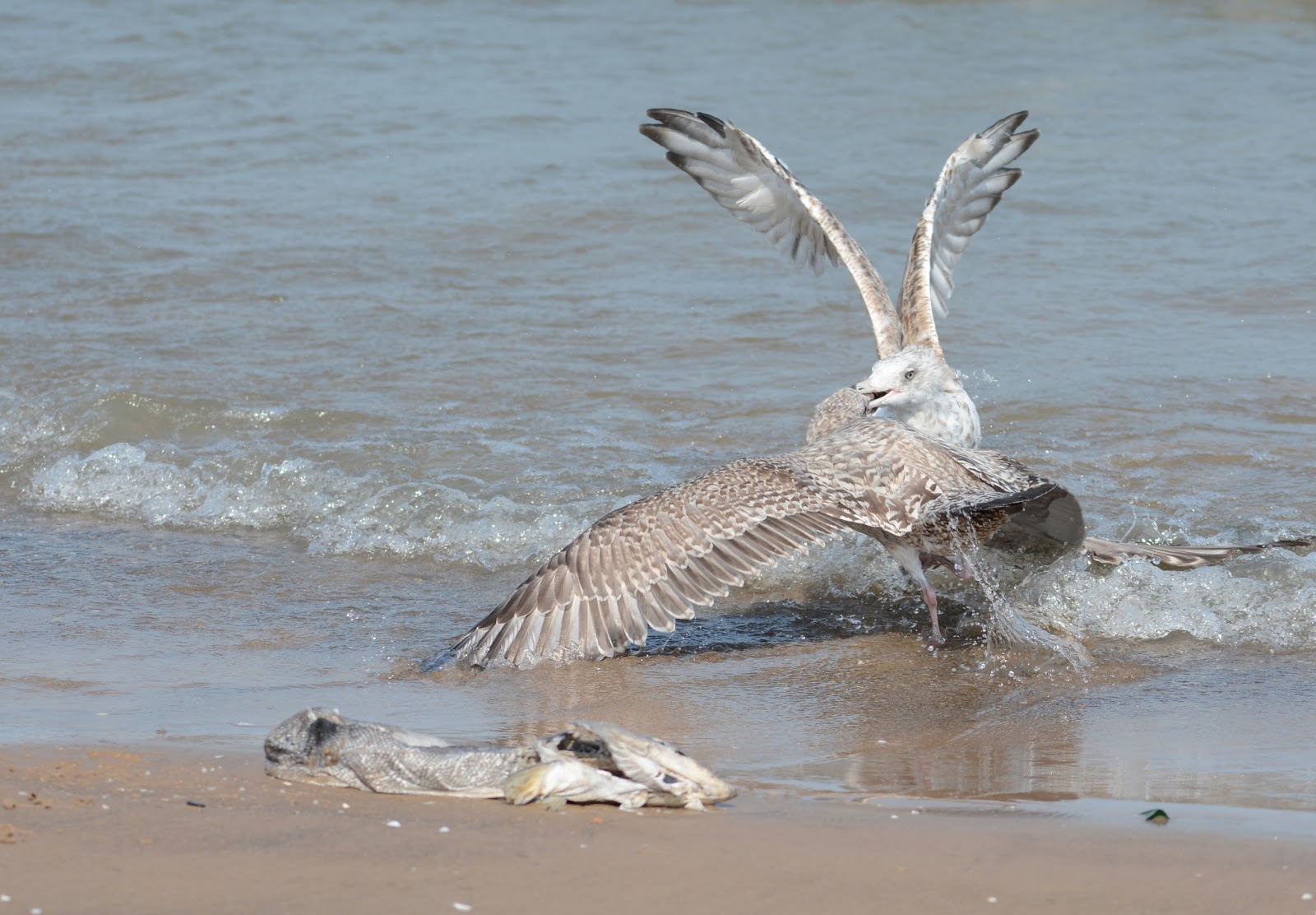 They locked bills for about 30 seconds... 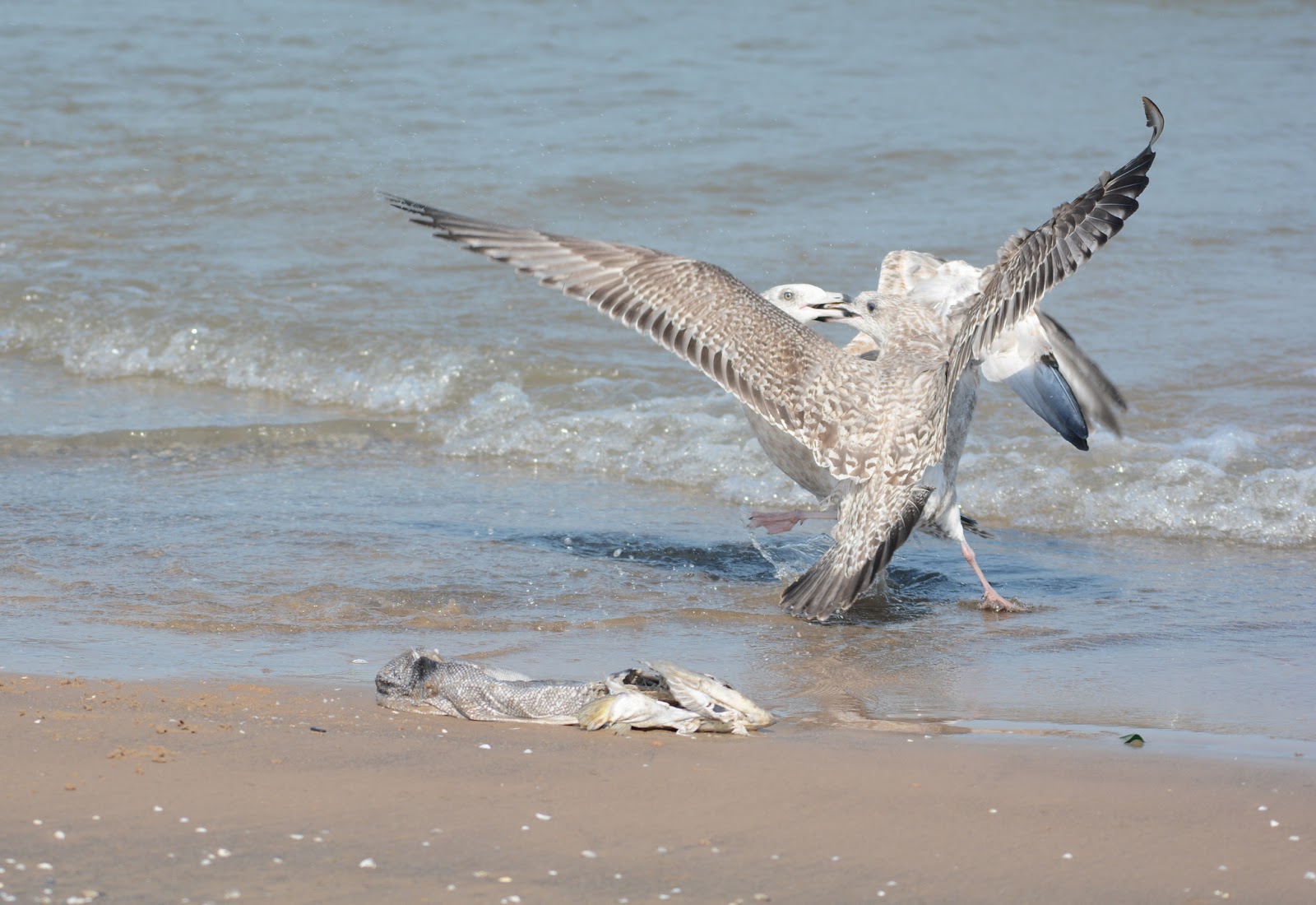 ...a little tugging and splashing... 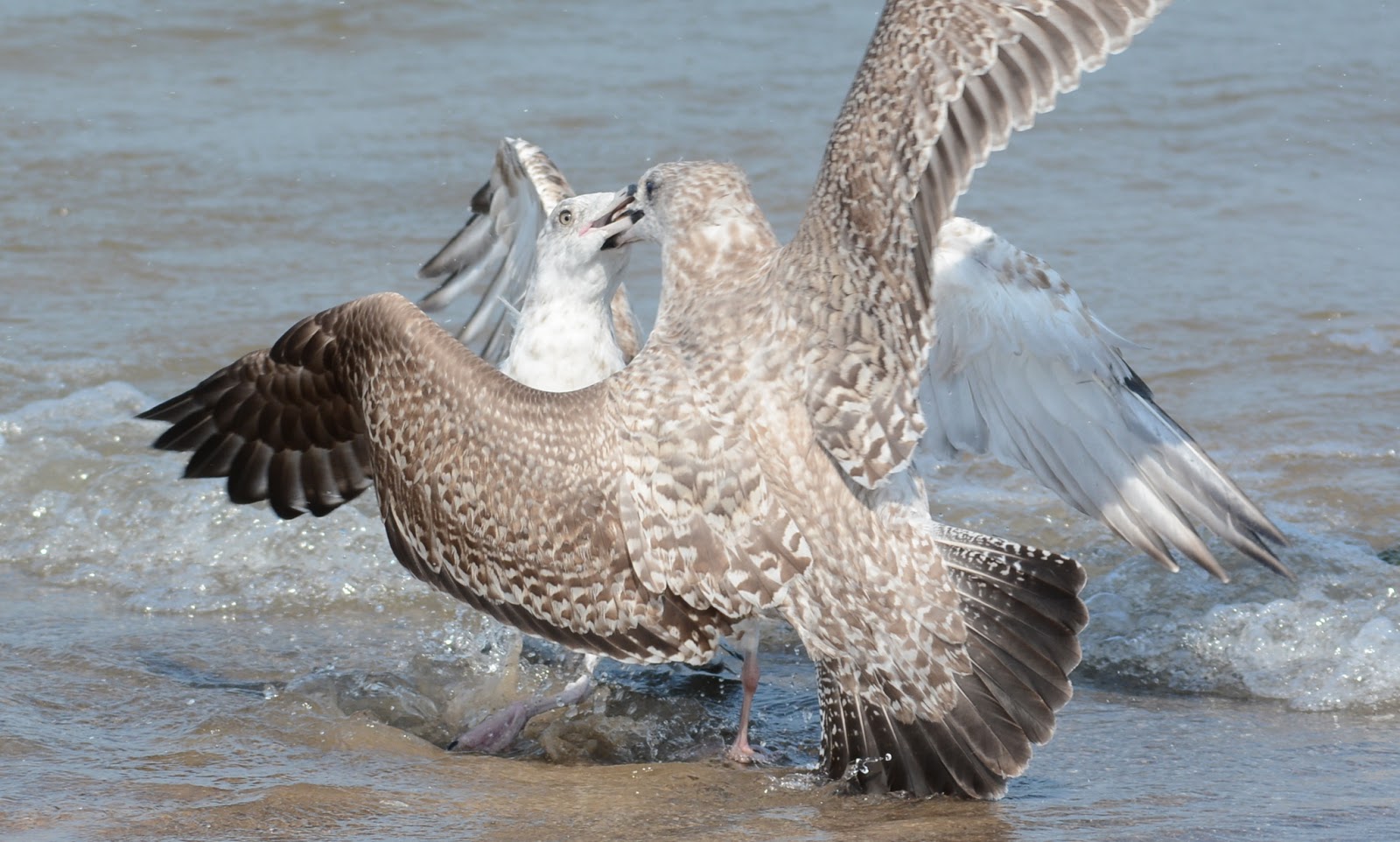 ...and even an unfair wing-lock from the 2nd cycle...can you predict the victor? 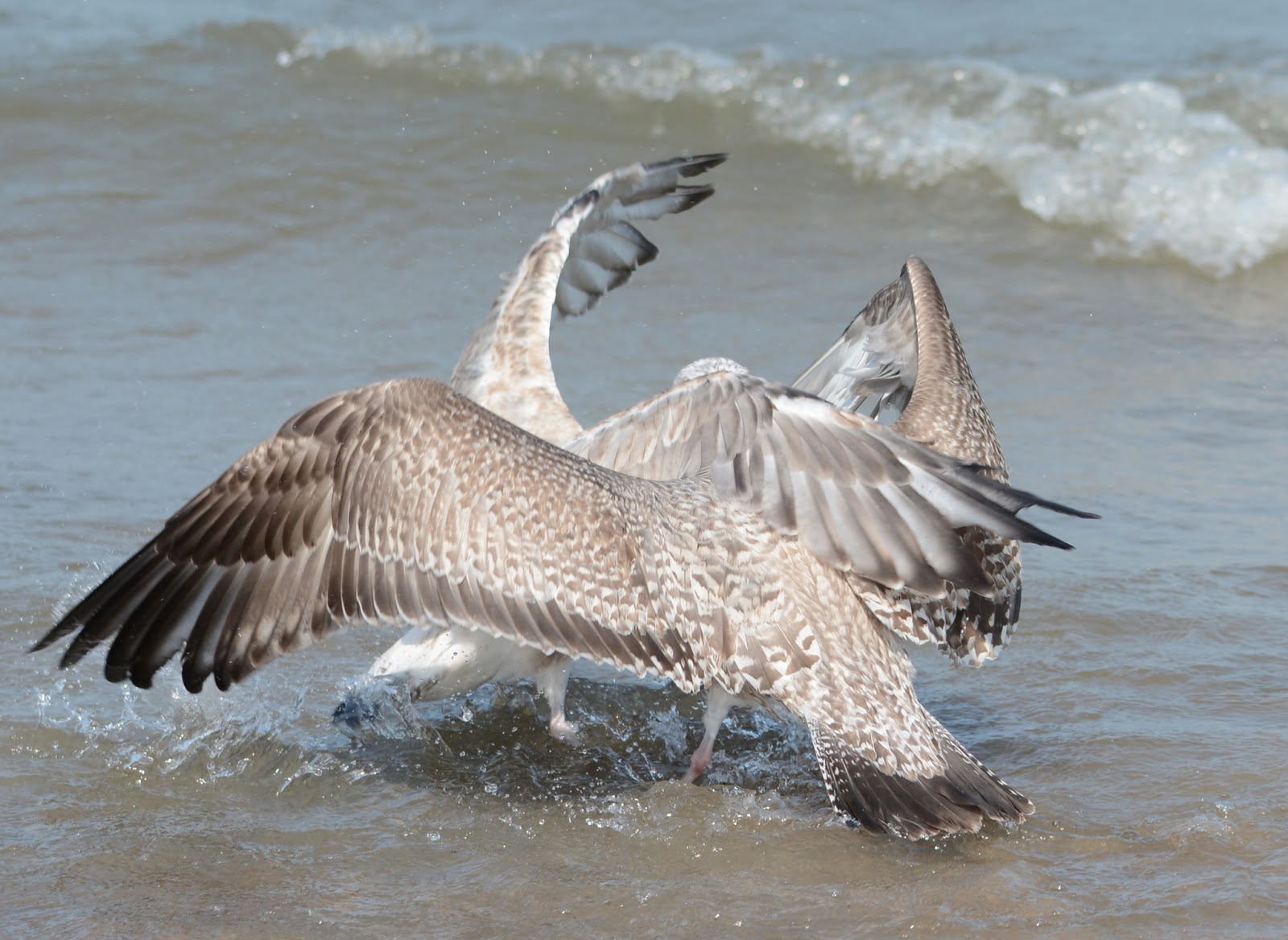 The older and more experienced gull definitely won this short scuffle and proceeded to claim its booty: 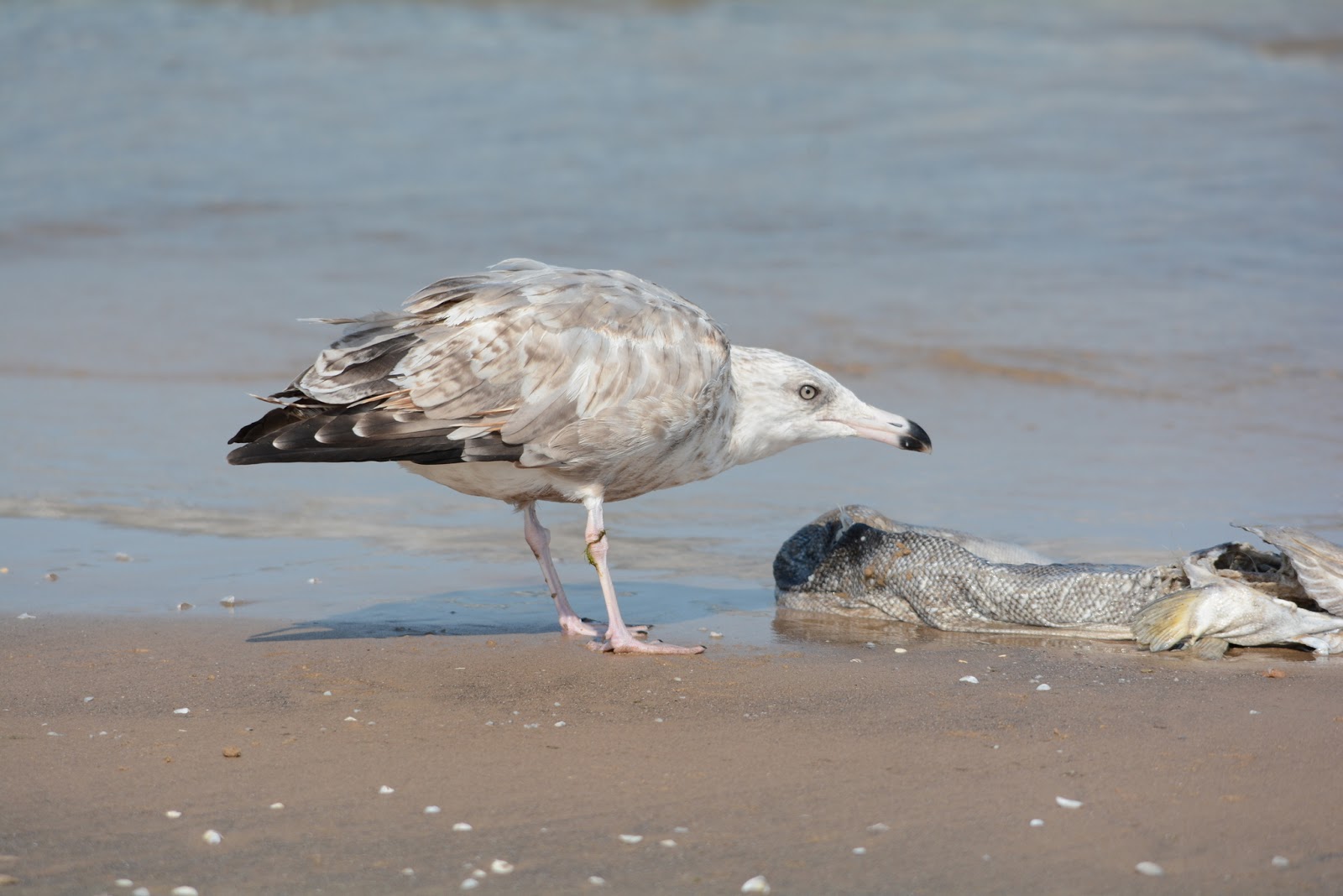 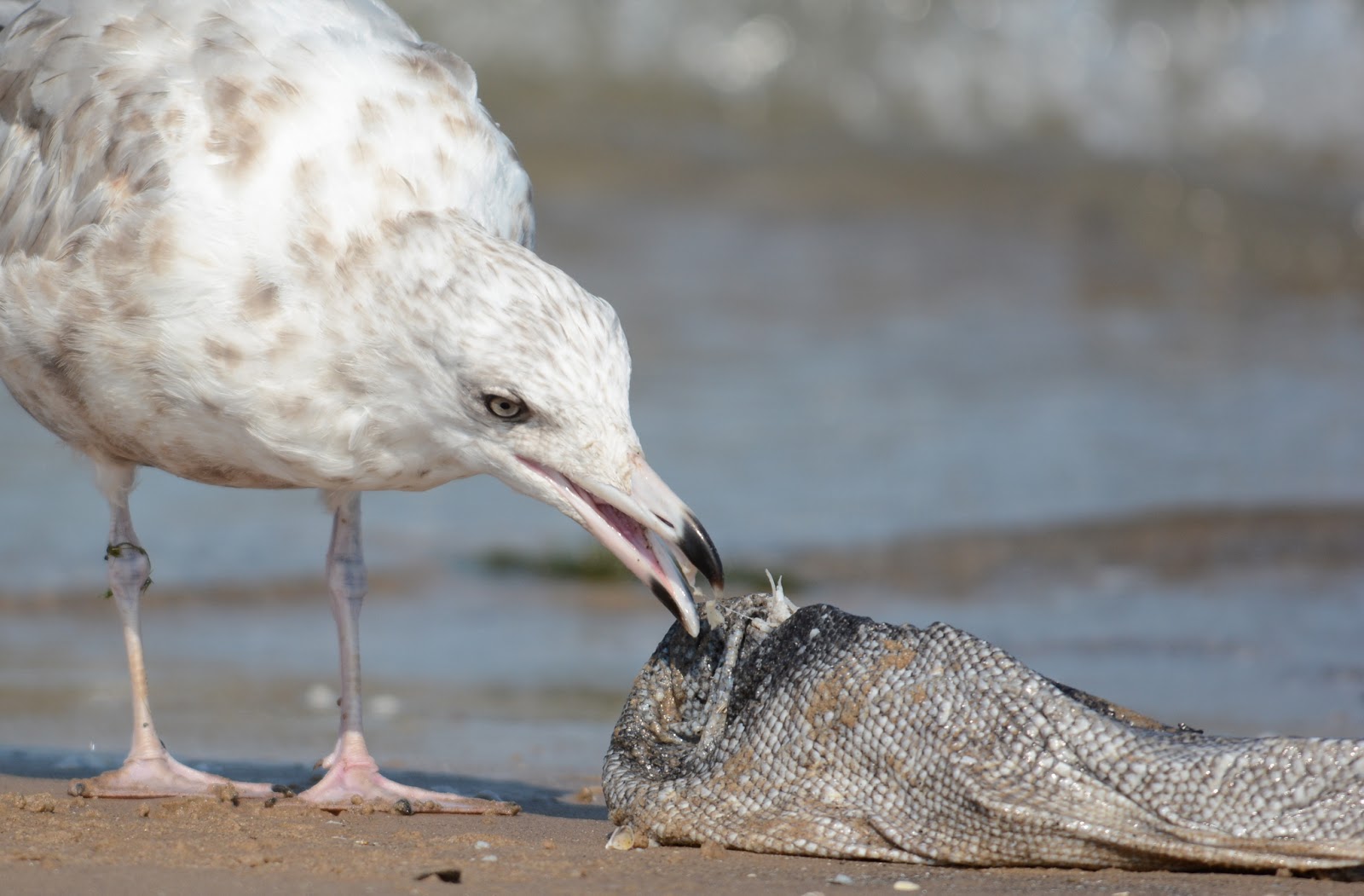 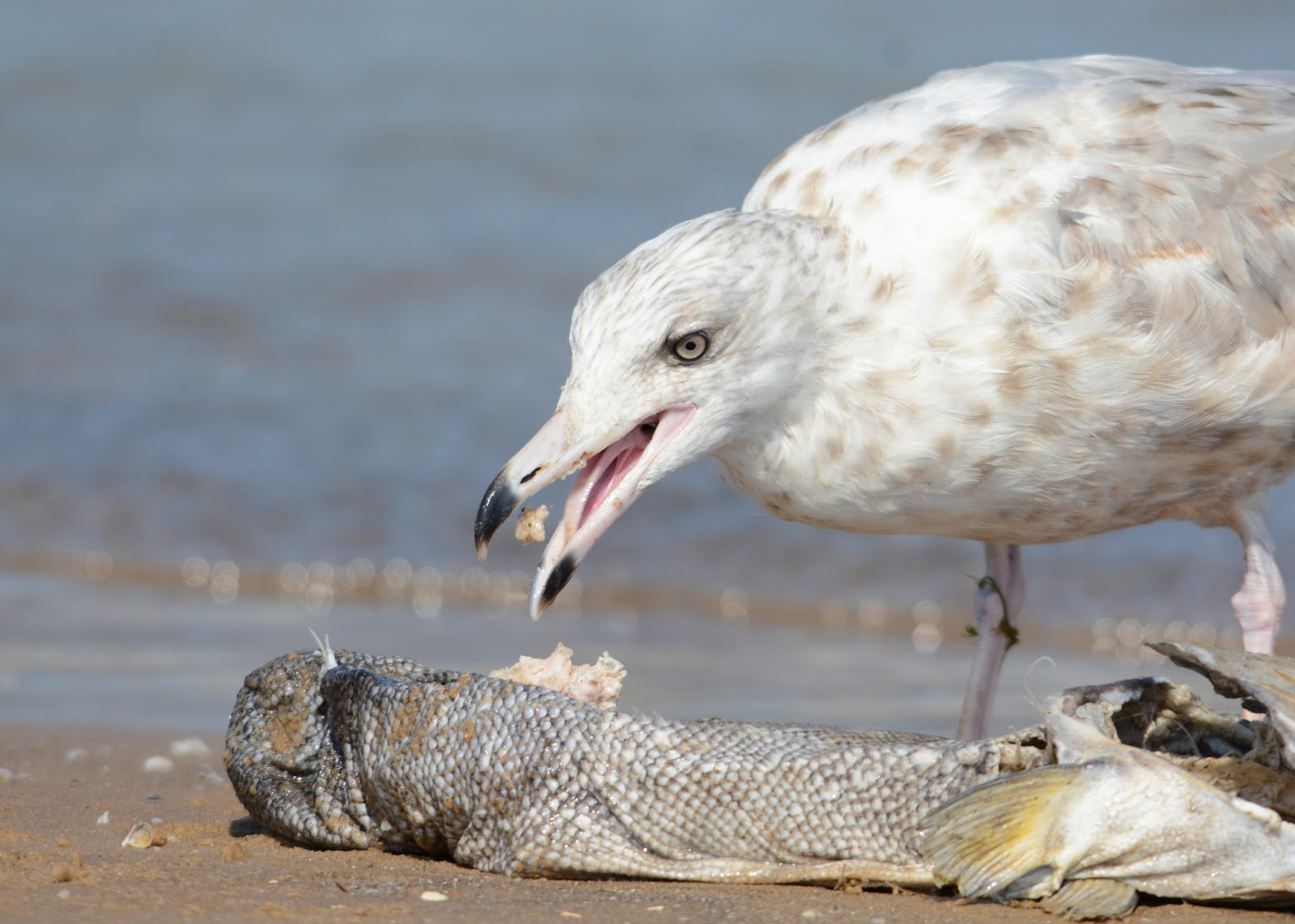 A couple of comments on plumage features from this set: the adult type has relatively large p10 mirrors (p9 dropped here), but I've come to accept this as "variation at the species level" that's perfectly okay for individuals on southern Lake Michigan. Whether this is age-related or not remains unknown with American Smiths.

The 1st cycle has almost completely replaced all of its juvenile scapulars which is just a tad more advanced than what I've been seeing for the last couple of weeks in Michigan City and New Buffalo, but still, completely expected for this region.

The relatively large pale tips to the newly grown primaries on the 2nd cycle bird are the boldest they'll appear all season. Here's a better look at the open wing: 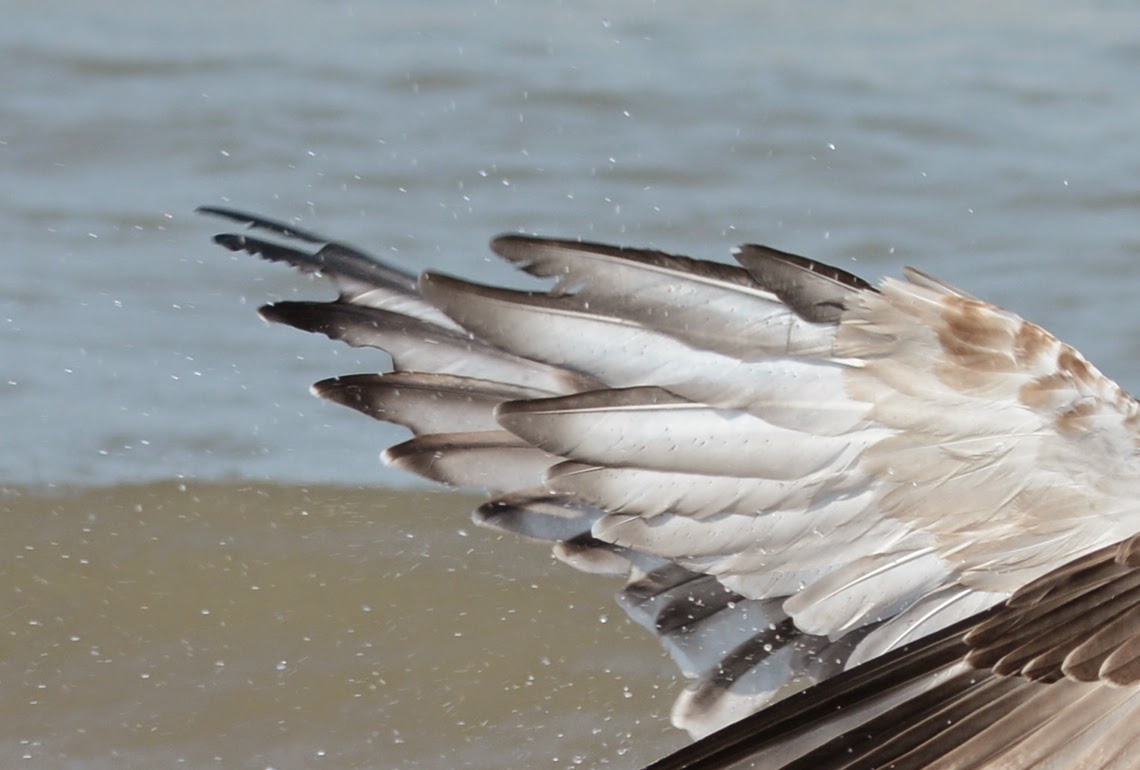 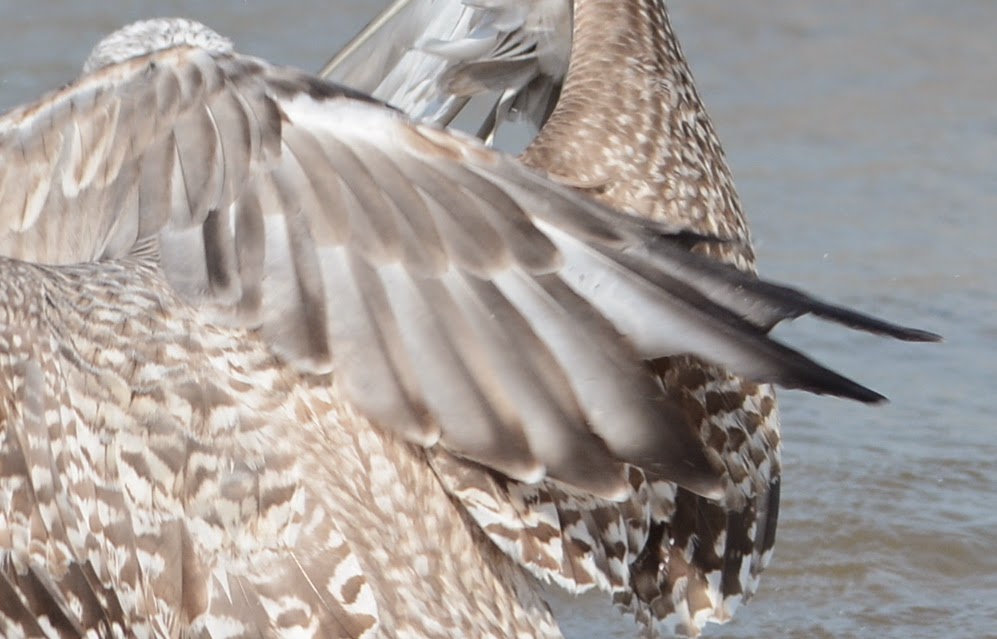 The white tips will soon start to wear down as the season progresses and will likely be unnoticeable by the end of winter.
at October 04, 2014
Email ThisBlogThis!Share to TwitterShare to FacebookShare to Pinterest
Newer Post Older Post Home