Northern gulls continue to trickle in on southern Lake Michigan with continued sightings of Lesser Black-backeds and Thayer's Gulls in the second half of October.

From the open wing photo, it appears the two outer primaries and visible secondaries are retained 3rd generation feathers, hence this bird would be undergoing its 4th prebasic molt:

Any day I'm able to find a banded gull - and actually record the entire nine-digit sequence - is a success! Now for today's highlight:

It was banded as a chick while too young to fly (14 June 2010) on Chamber Island in Wisconsin. 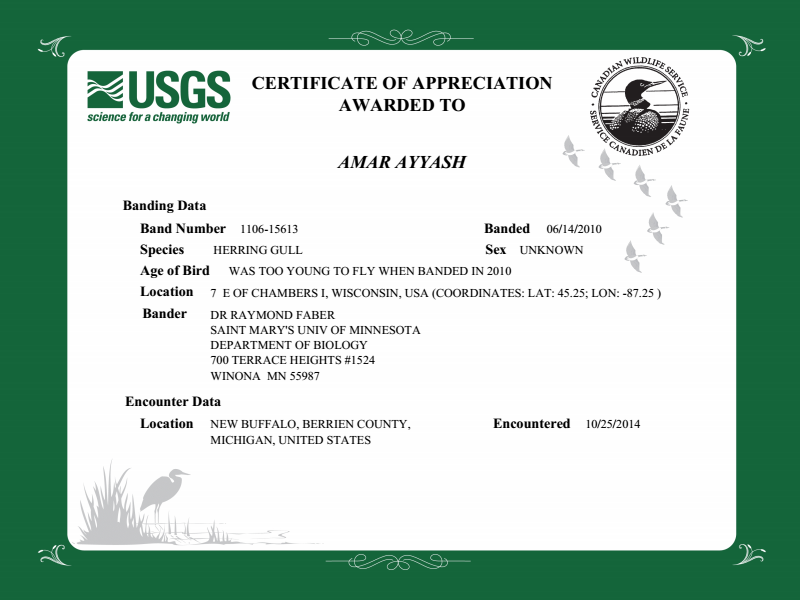 There's no doubt in my mind that many of the Herrings that breed on the small islands in Door County, Wisconsin, migrate south to New Buffalo, Michigan.


at October 26, 2014
Email ThisBlogThis!Share to TwitterShare to FacebookShare to Pinterest