First of The Season Thayer's

Saturday, 18-Oct-2014, was our first notable gull movement here on the south rim of Lake Michigan. We tallied 8 species at the Miller Beach Lakewatch, with Thayer's Gull and Laughing Gull being the most interesting larids. 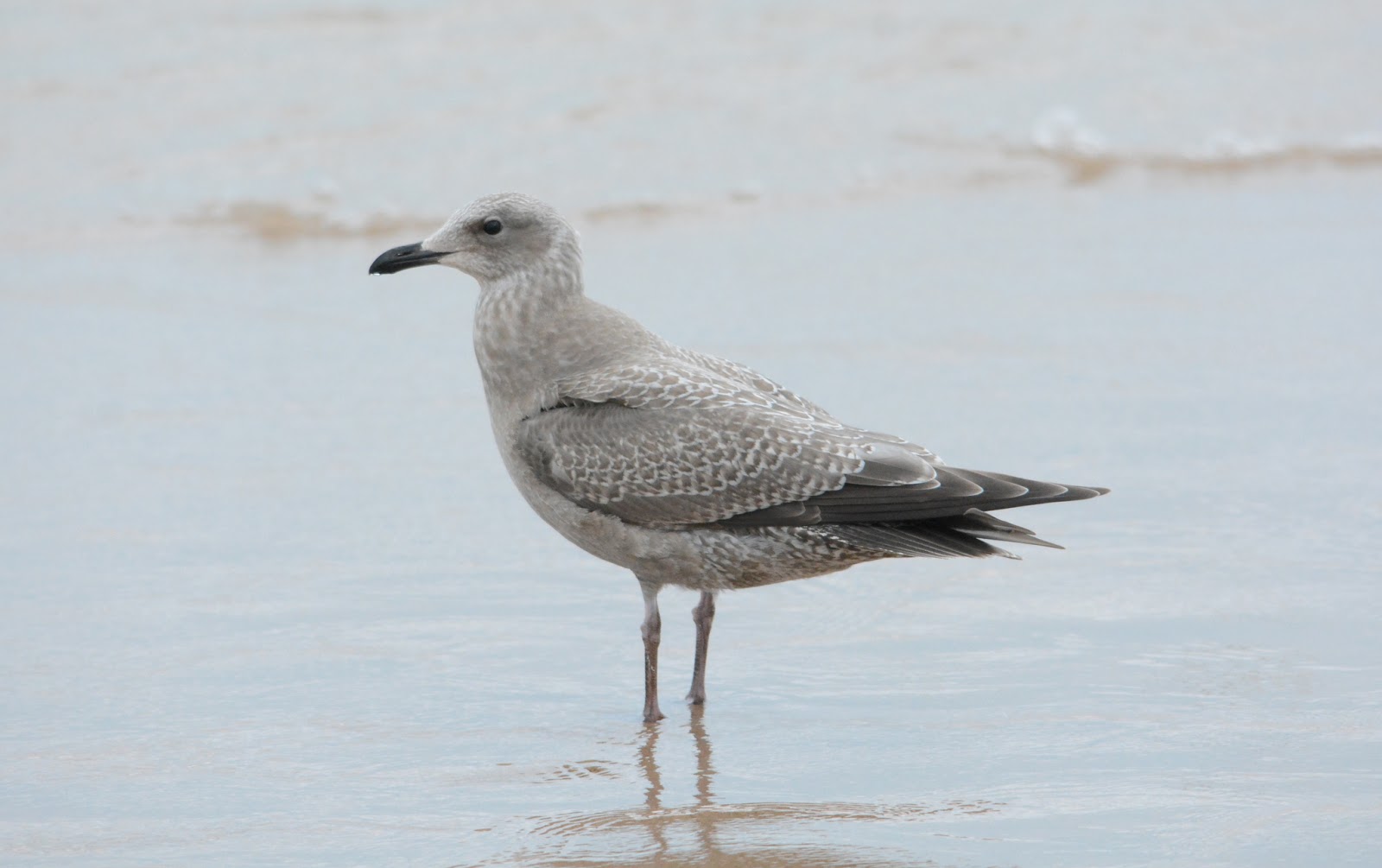 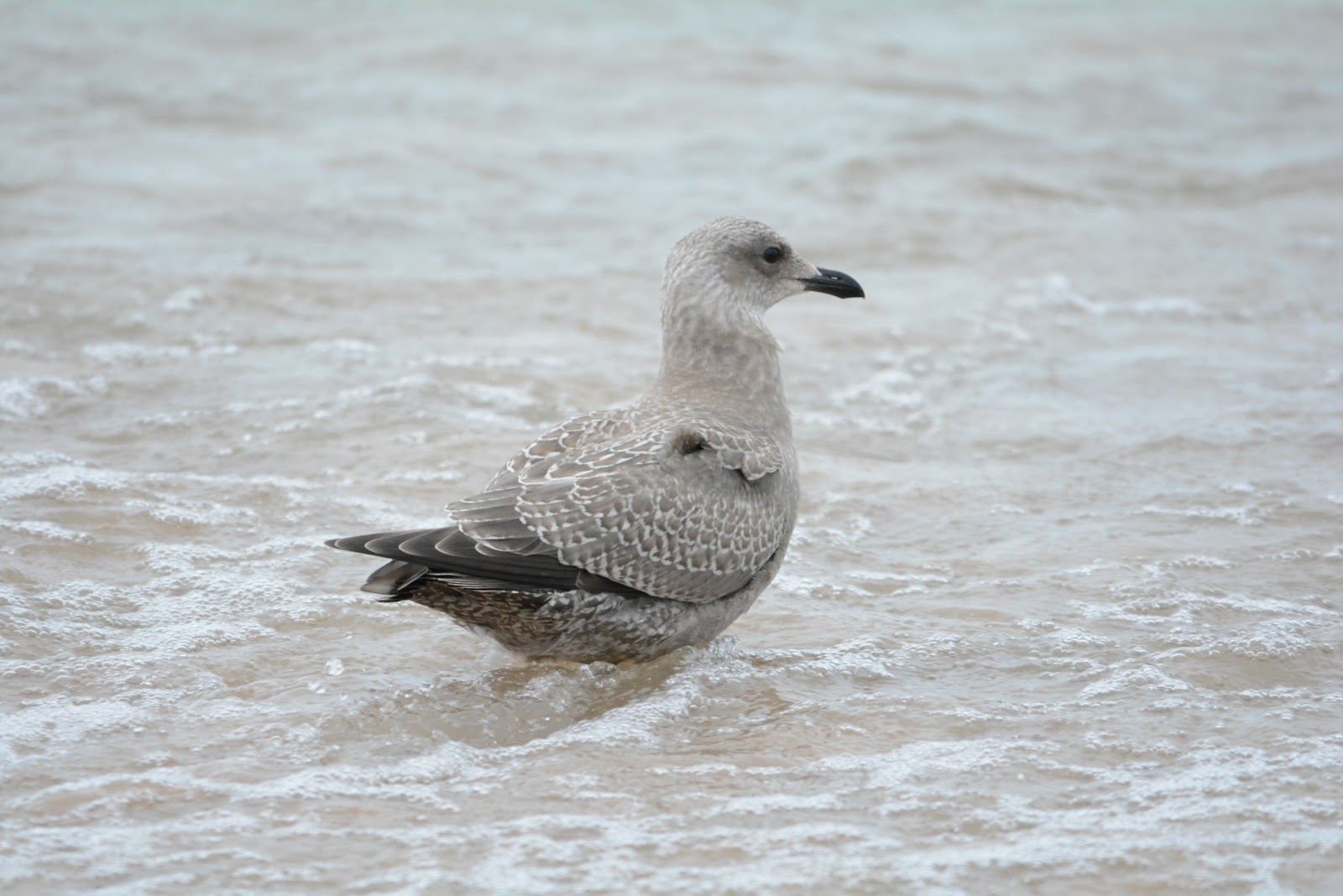 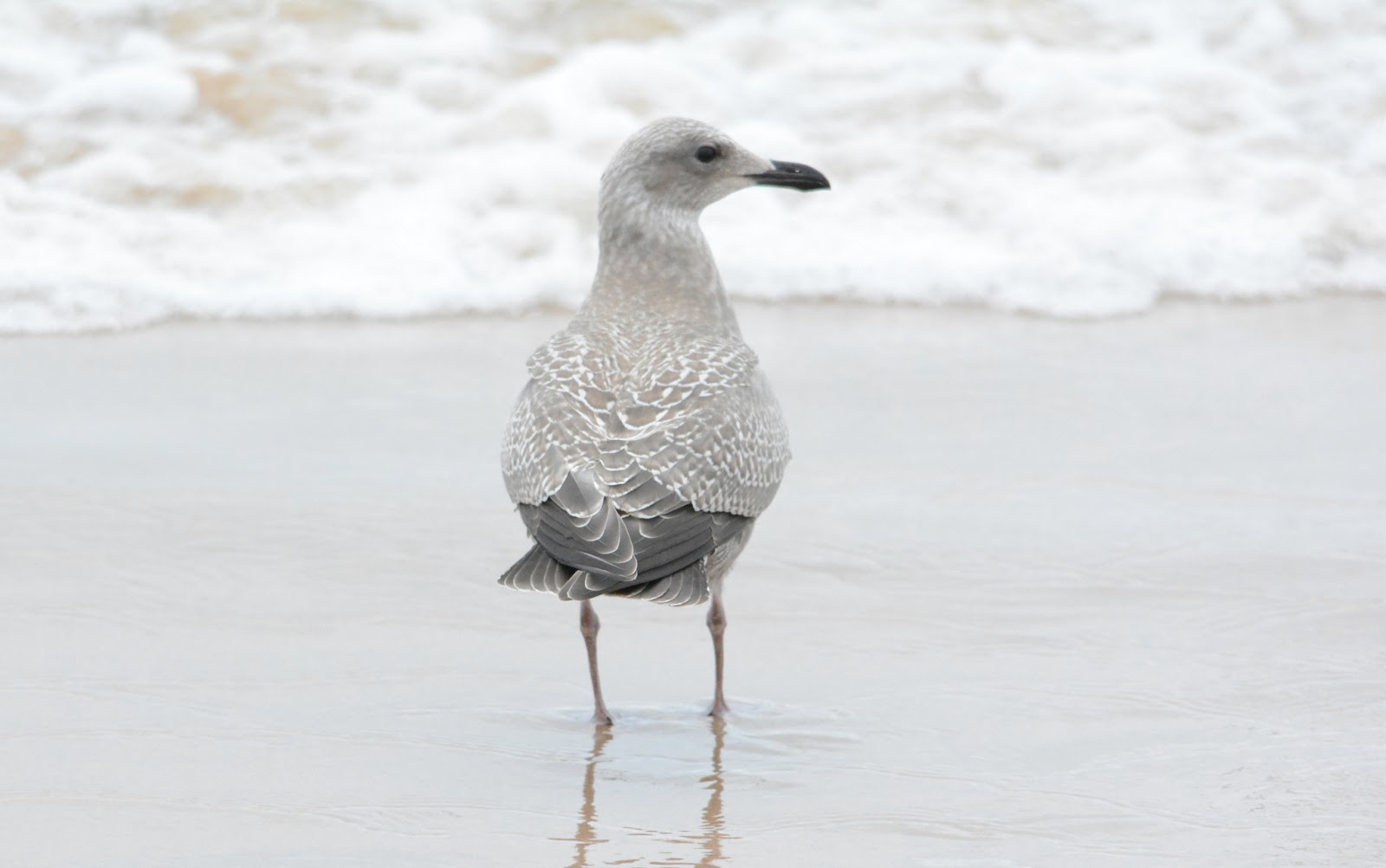 Decent numbers of Herrings were streaming by (mainly from east to west), with the occasional black-backed species and Franklin's mixed in. A species that's become tougher to detect on southern Lake Michigan is Laughing Gull. I'd estimate that roughly 1 is seen on the lakefront for every 10 or so being seen inland these days. So it was a nice treat to have a 1st cycle come down the beach over the breakers, just 5 minutes after a couple of similar-aged Franklin's were seen cruising by:

Down on the beach a 2nd cycle and 1st cycle Lesser Black-backed came in to feed: 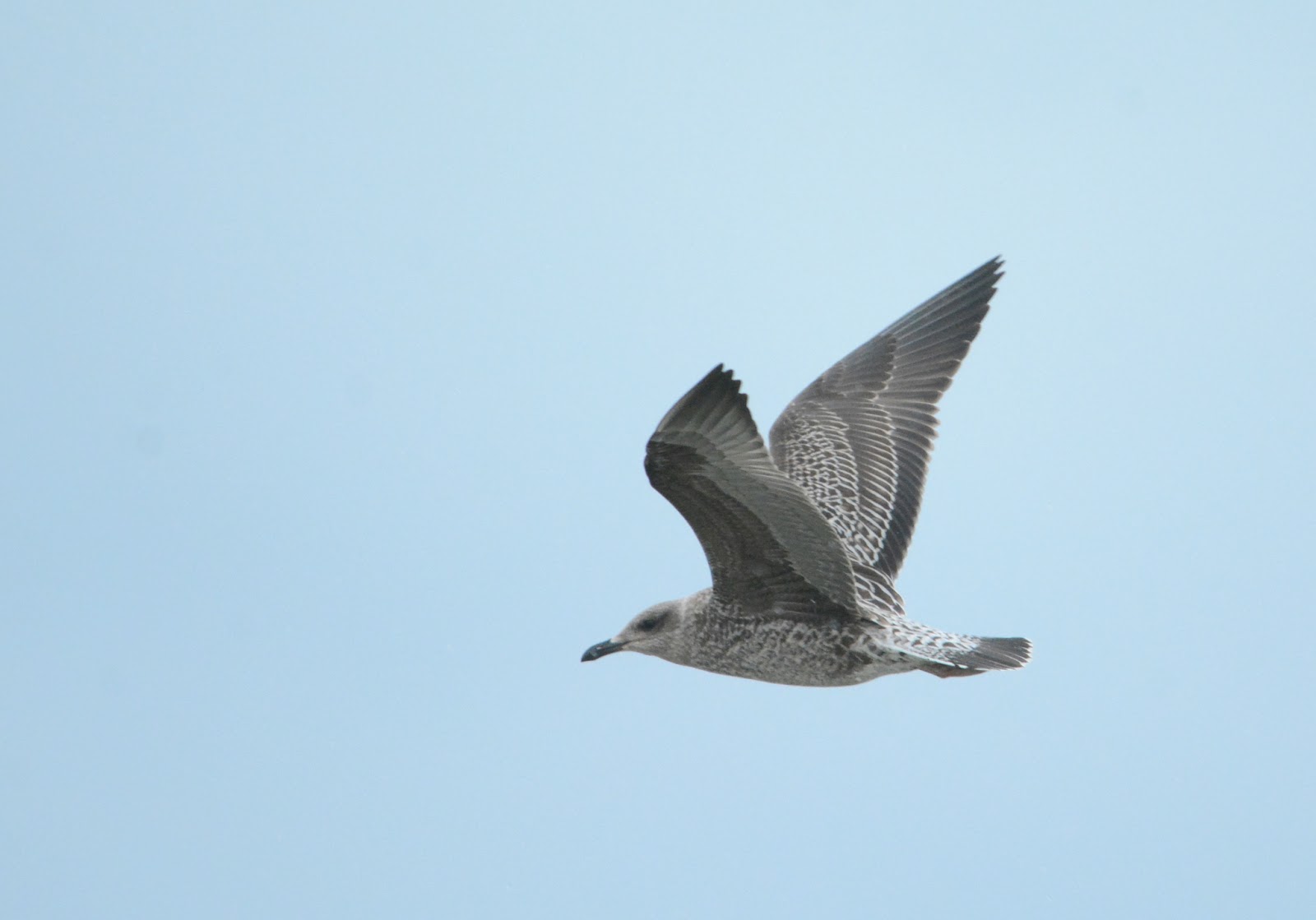 To end our day, I was joined by visiting California gull enthusiasts, Noah Arthur, in New Buffalo for a couple of more hours of gull study. Highlights here were 2 Great Black-backeds (1st cycle and 2nd cycle): 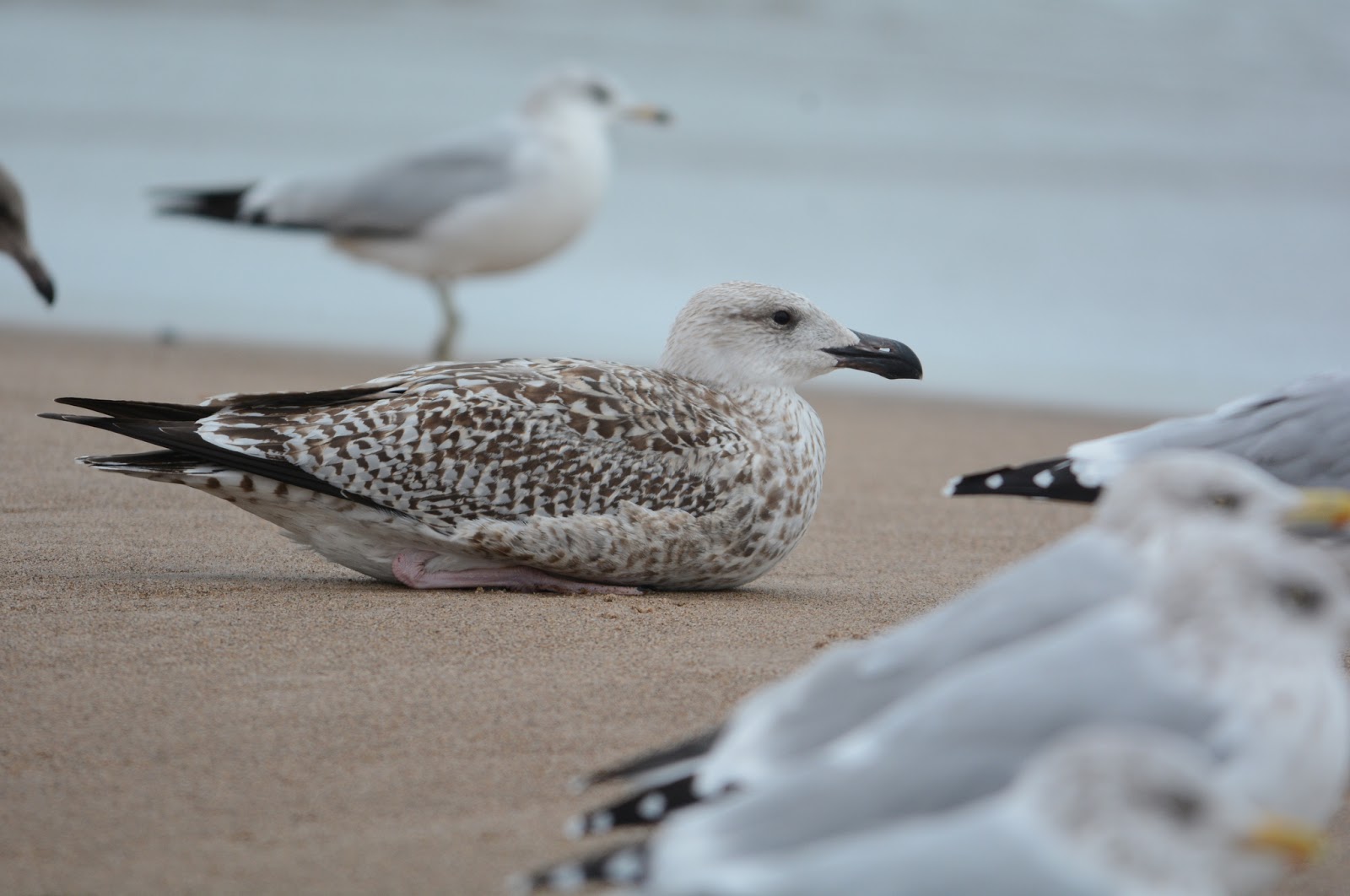 Much to my surprsie we saw zero LBBGs or white-wingers, but we found plenty of interesting Herrings for Noah to conjecture about - birds with much bigger bodies and lighter-marked primaries than he's used to seeing out West:
Another Herring that got Noah's attention was this 1st cycle with an old-world tail pattern: 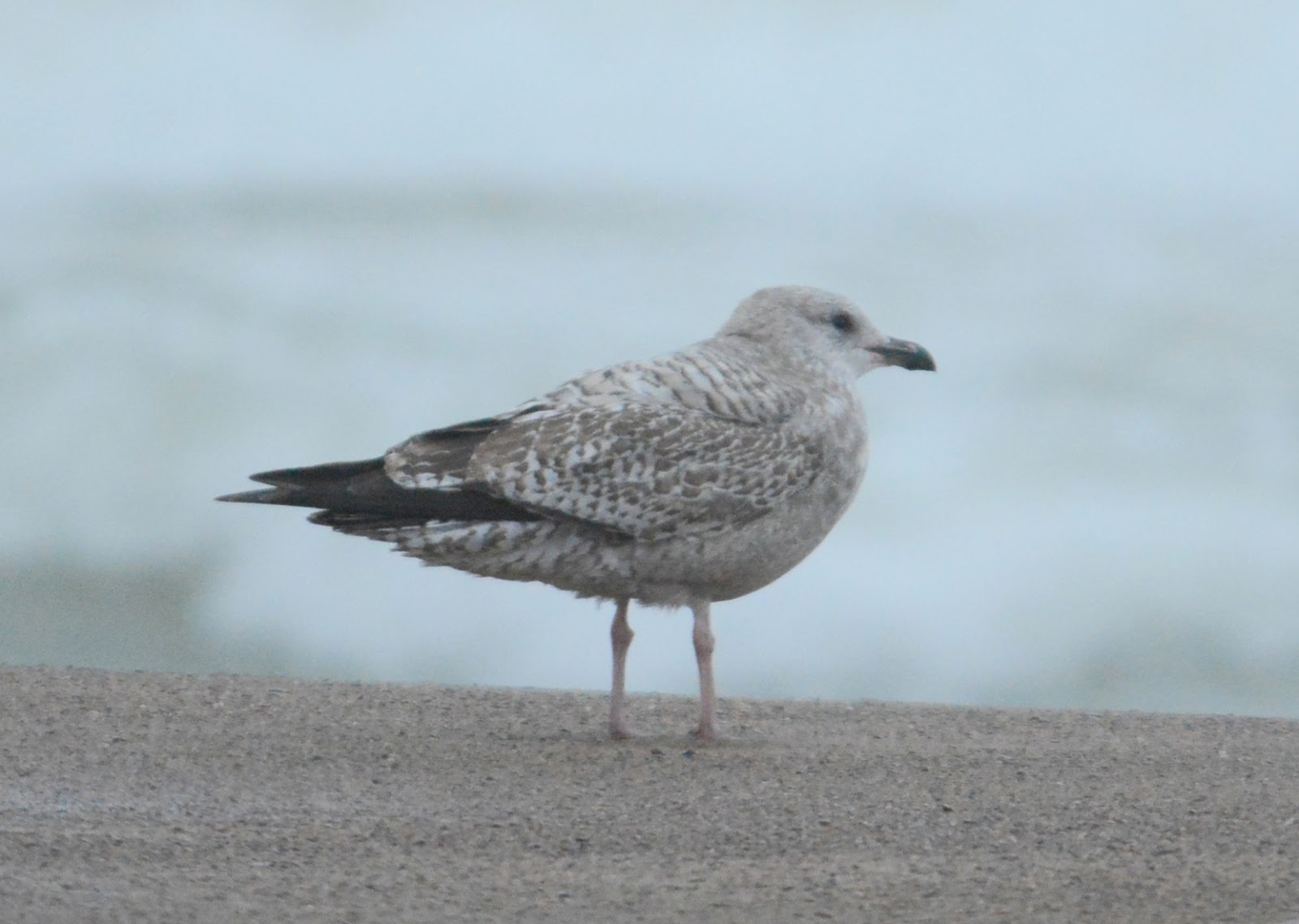 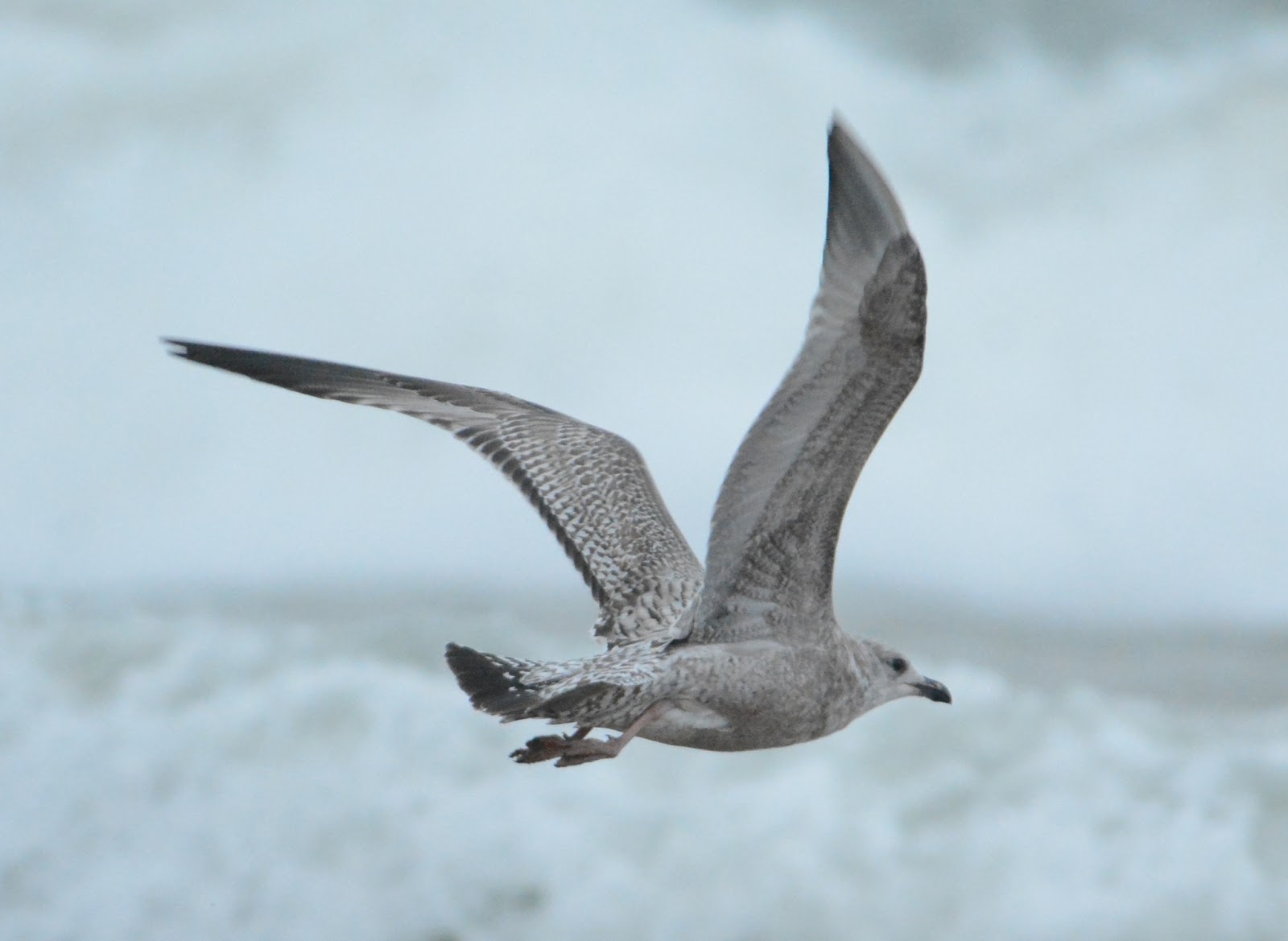 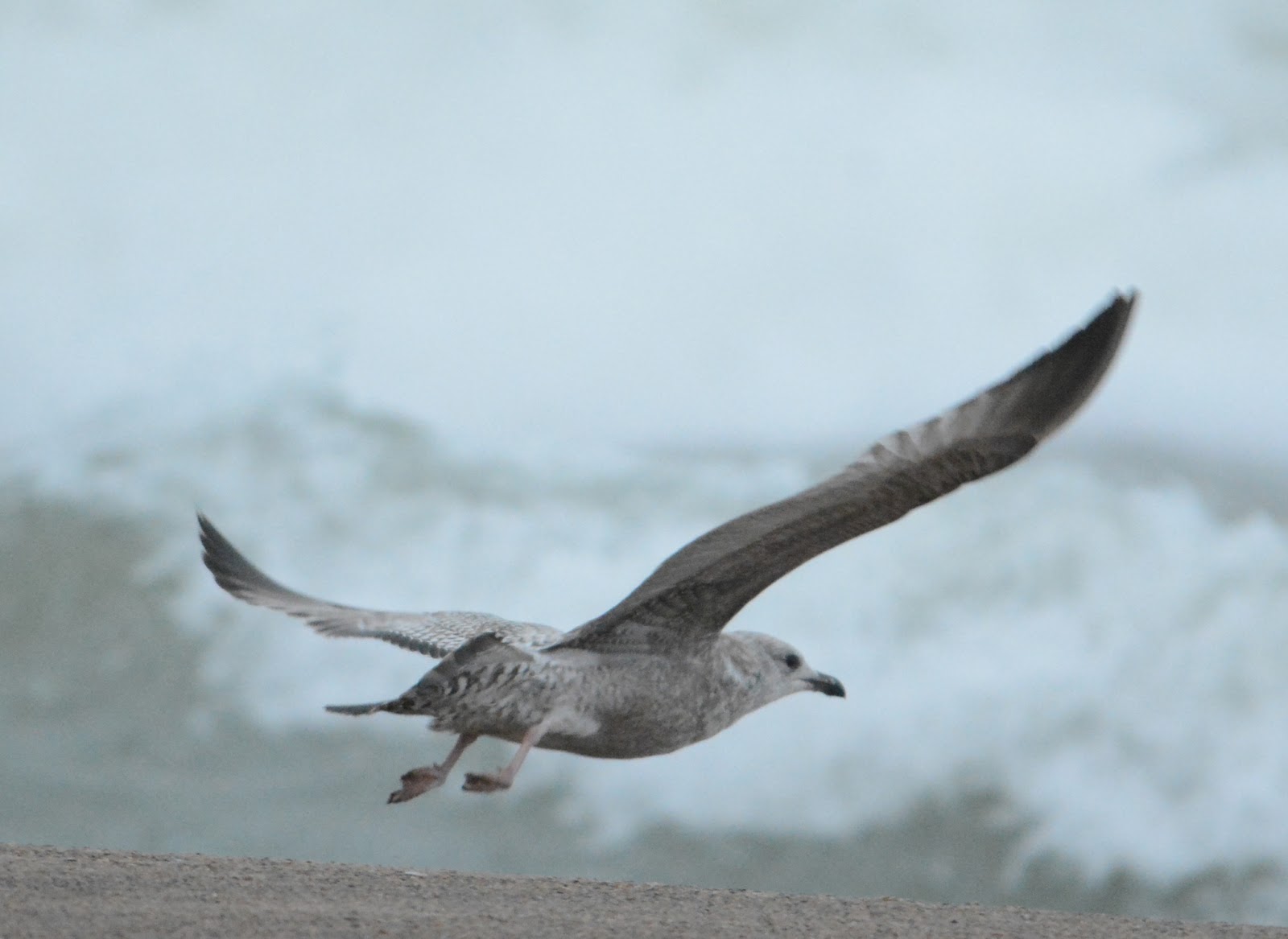 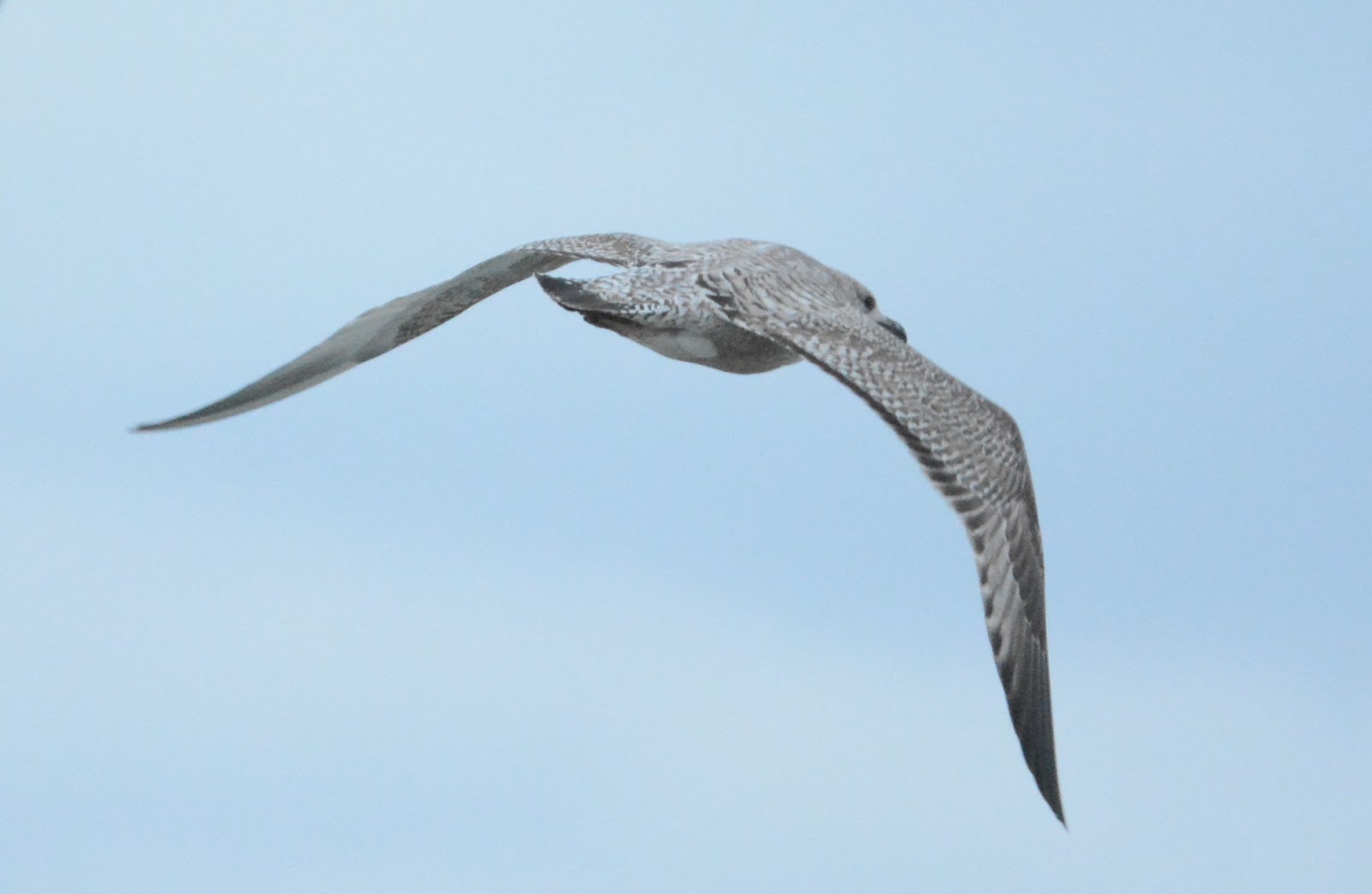 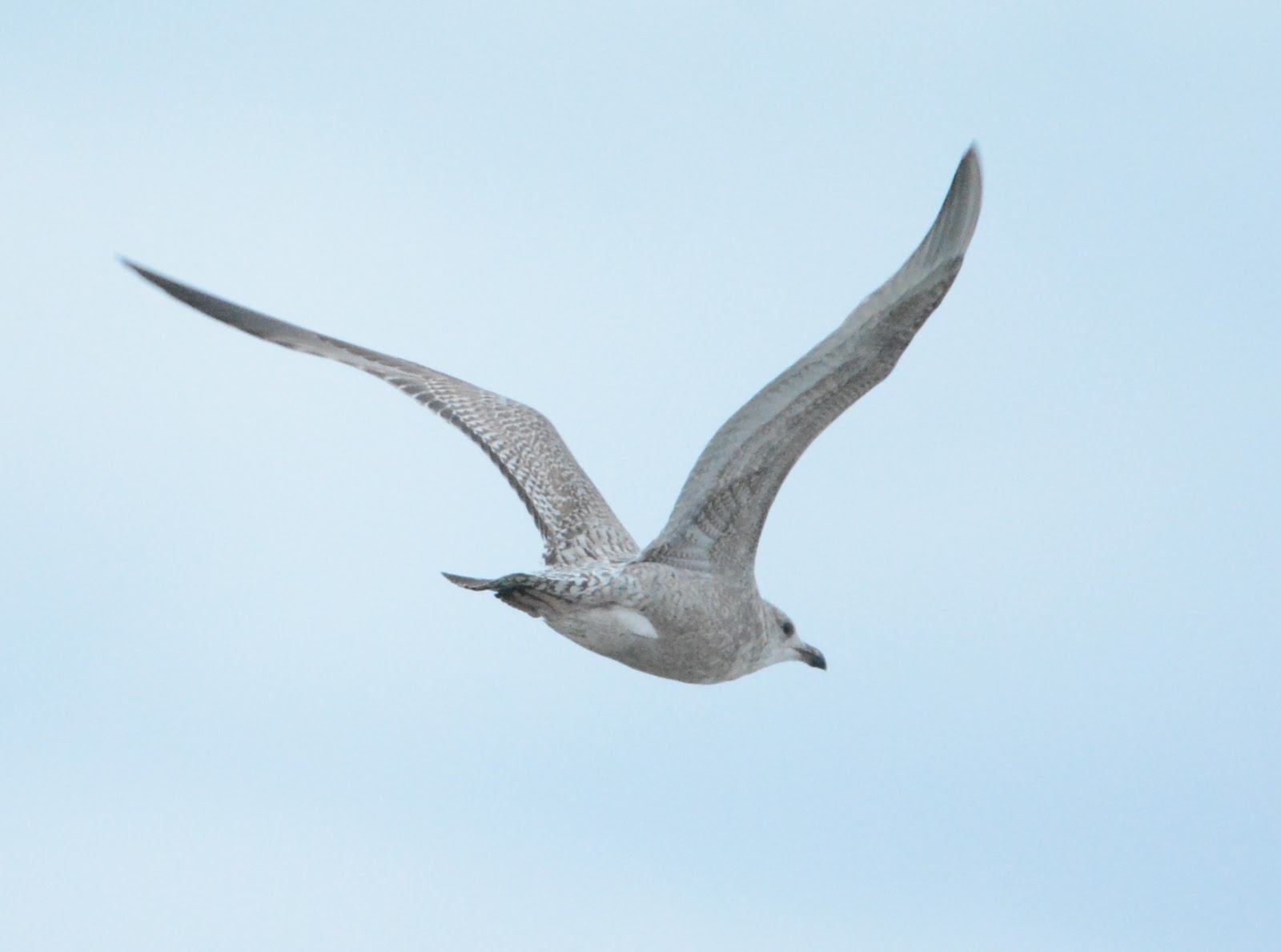 I've seen Smith's with limited pigmentation up the outer tail feathers, but this one is really pushing the limits!

All in all, it was an adrenaline-producing day and a fine way to get the season rollin'!
at October 20, 2014
Email ThisBlogThis!Share to TwitterShare to FacebookShare to Pinterest
Newer Post Older Post Home