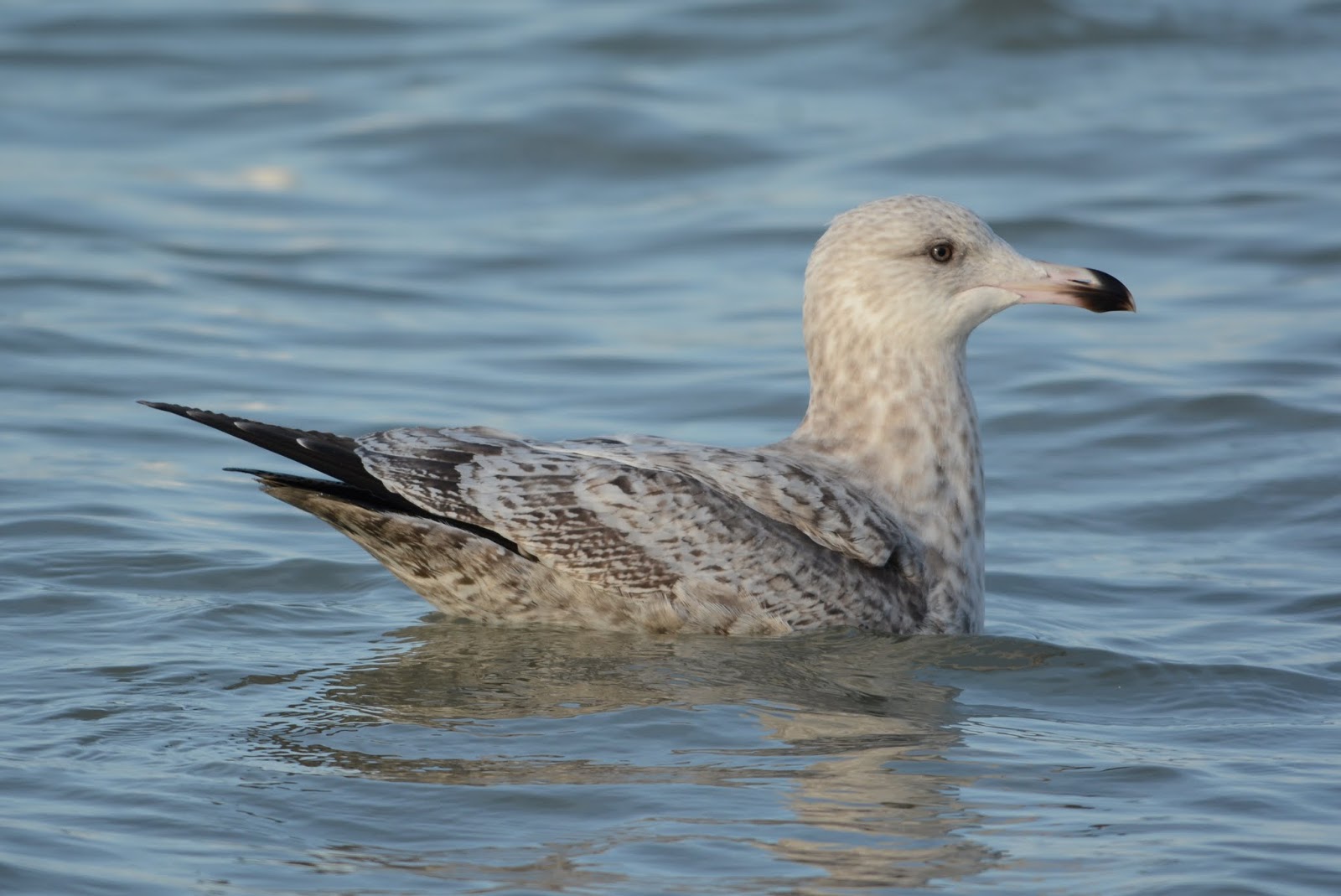 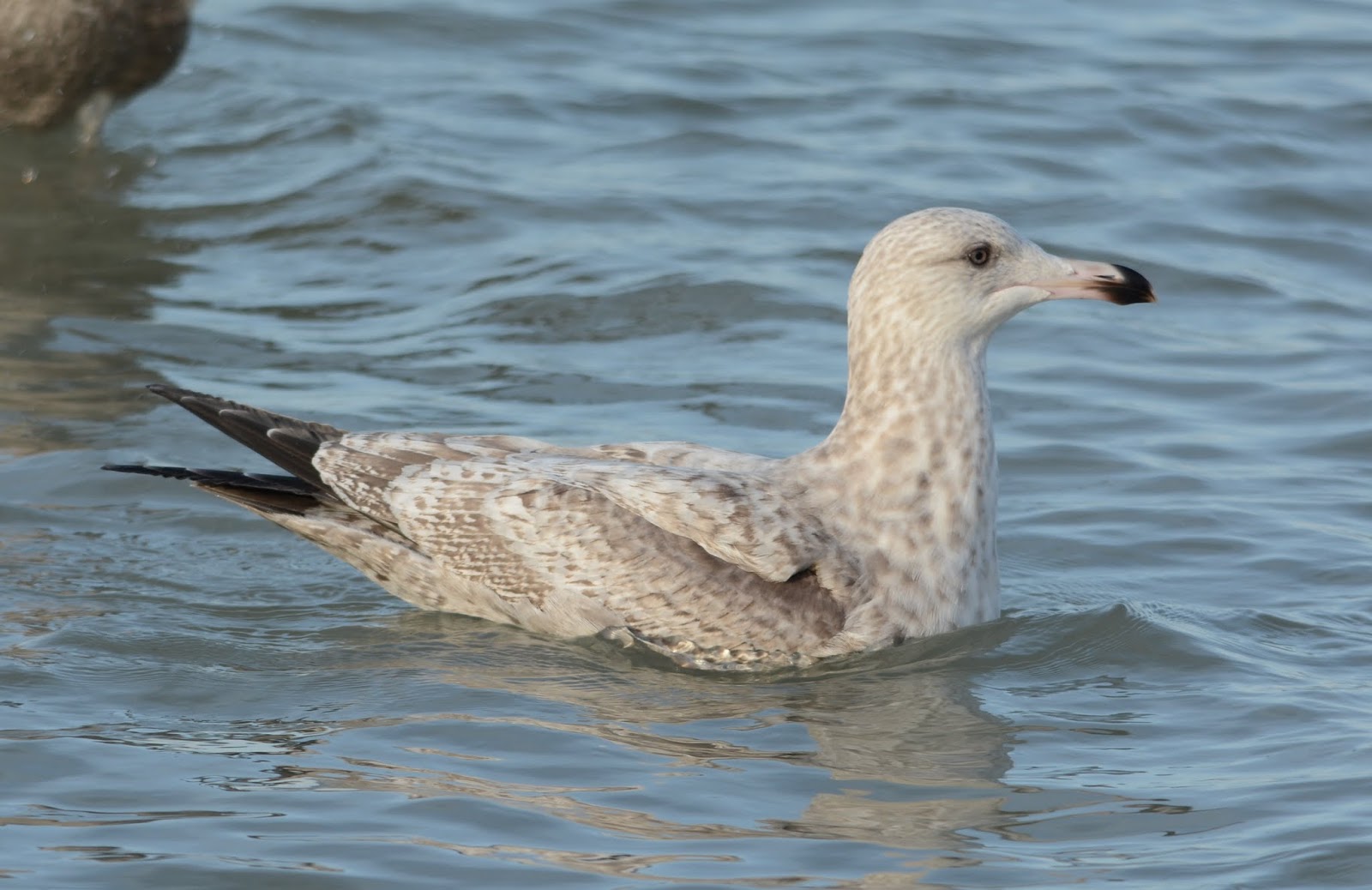 I've observed pale Herrings similar to this one in California but late into the winter season after, presumably, bleaching had set in - the upperparts to those birds show very little pattern to the upperwing coverts (unlike the Michigan City bird).

Here's the open wing of the bird above:
Now the open wing of the Michigan City bird:
Assuming the 2nd prebasic was just recently completed, I have to rule out bleaching as an explanation for the pale upperparts. It could very well be a slight melanin deficiency, or outside influence - perhaps Great Black-backed or Glaucous genes somewhere in its ancestry (the larger barrel-shaped body and large bill were striking).

Or, is this plumage aspect completely within the range of variation for Smithsonianus?
at November 05, 2014
Email ThisBlogThis!Share to TwitterShare to FacebookShare to Pinterest
Newer Post Older Post Home