The last day of October saw the strongest winds/storm of the season down here on southern Lake Michigan. With sustained N-NW 35-45 mph winds and rain for most of the day, we had high hopes for migrating waterbirds, and birds we saw. We observed 2 juvenile Sabine's Gulls at the Miller Beach Lakewatch. I also recorded a personal high of 11 Great Black-backeds for an October day (5 at Miller, 6 at the Port - only 2 adults).

On Saturday, November 1st, I hit the Chicago lakefront as the winds were from northeast. The most notable gull was a 2nd cycle Lesser Black-backed mixed in with the foraging Herrings. The birds knew exactly where they should be feeding and were strategically working sections of the breakwall that the northeast waves were crashing against. 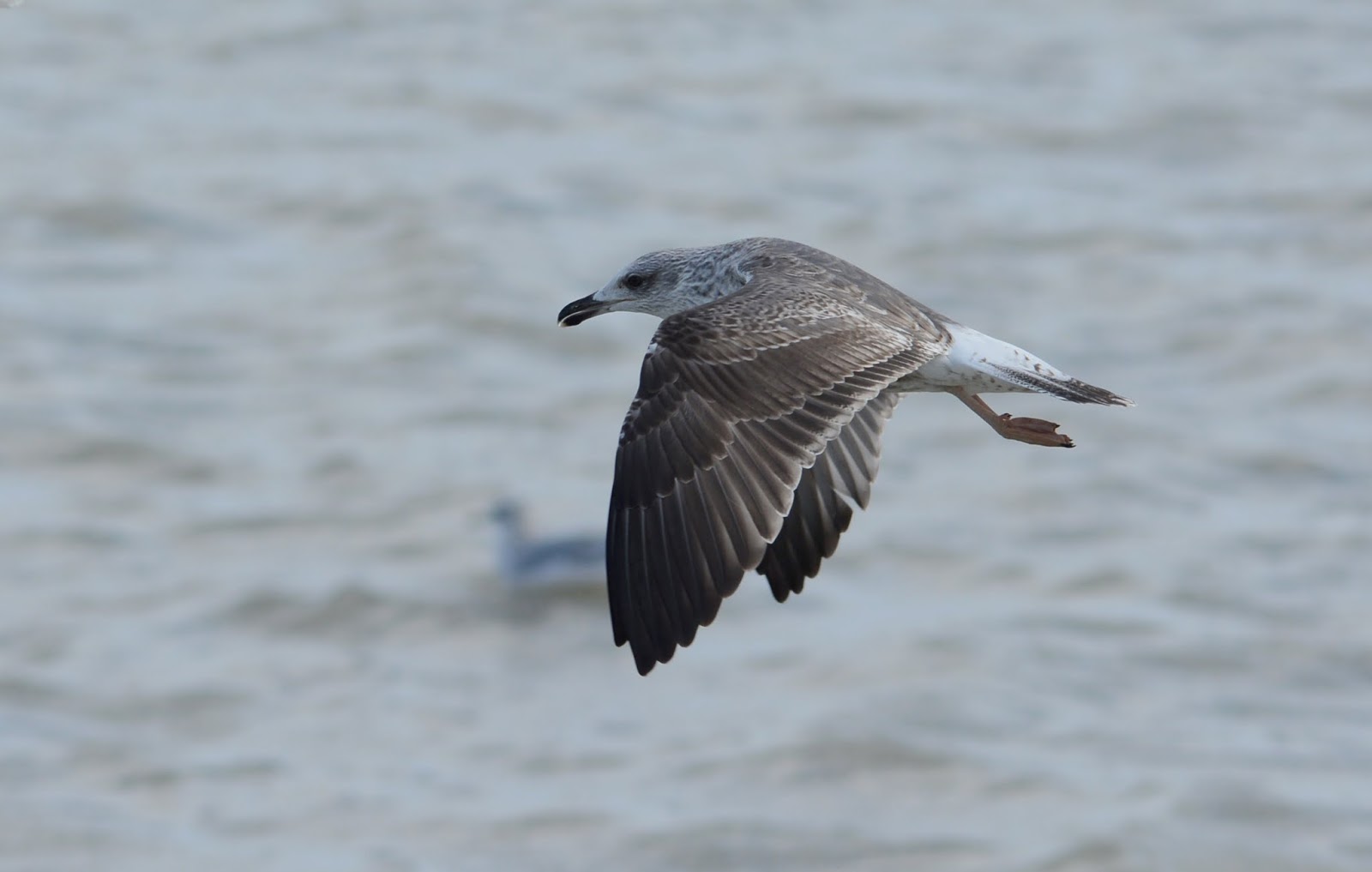 On Sunday, 02 November, I checked a few spots along the eastern Indiana lakefront. The damage along the flooded beaches was staggering. But the gulls were there - unfazed! I spotted a 1st cycle Herring with a federal band and started to work out the sequence. This one was tricky as it was standing between a flock of 60+ Herrings. I didn't want to move too fast, knowing that if one bird flushed, they'd all flush. Ten minutes of work went to waste when the the bird decided - of all the birds standing there - that it wanted to leave. I'm sure it had its reasons. I was very disappointed as I only recorded 3 digits from the prefix.

But no sooner did I look back at the flock, this 1st cycle Lesser Black-backed appeared:


To wrap up this post, here's a 1st cycle Great Black-backed from Montrose Harbor in Chicago- 04 Nov. 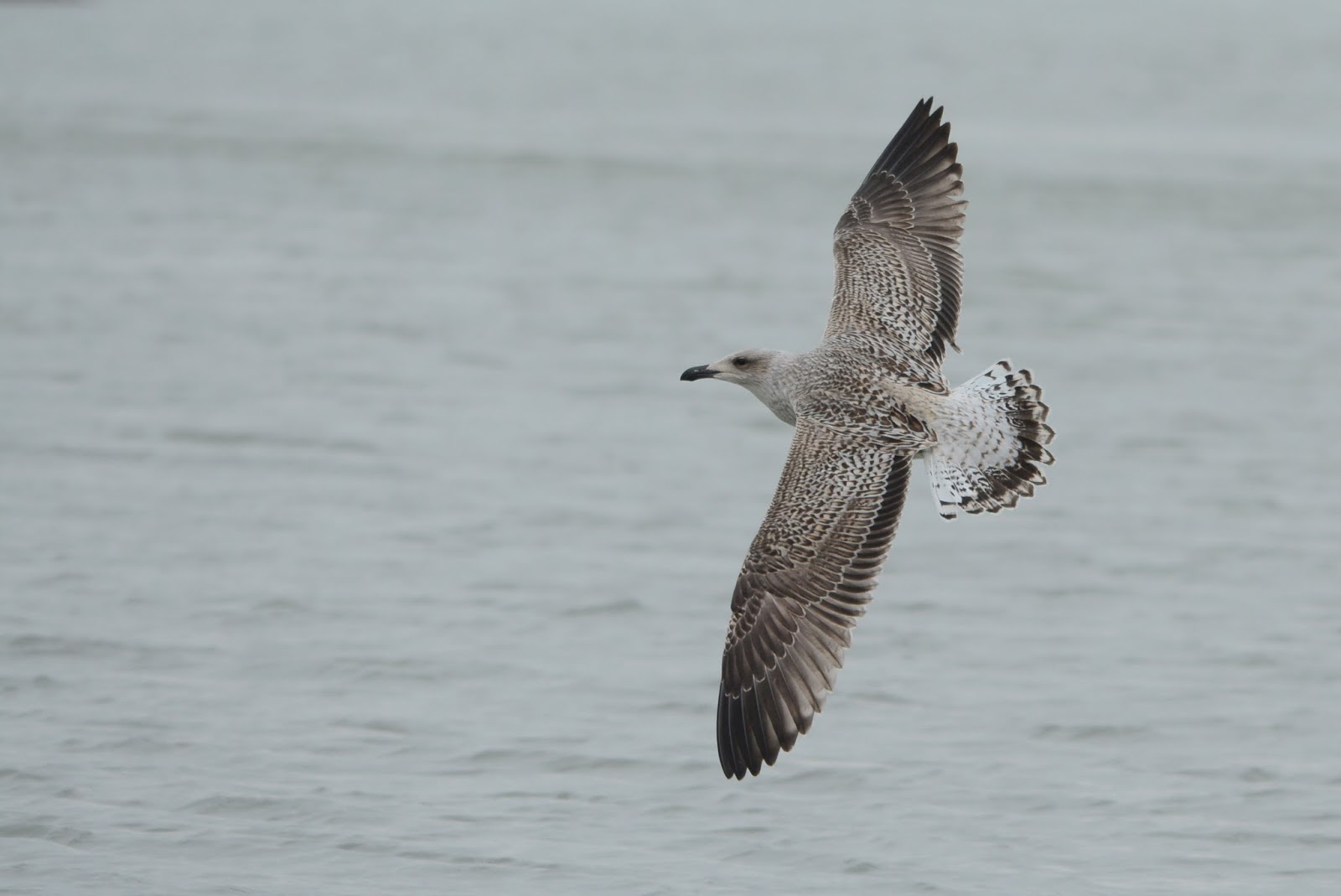 Compare the underwing linings to this Lesser Black-backed: