My best bird of the day was the last bird of the day. I had already packed up, taken off my coat, gloves and hat and started to drive off. But before leaving the parking lot, I decided to do a quick binocular scan of the gulls resting across the river. Bingo! It took less than 5 seconds to pick out this Iceland.

That's great, I thought, but I like my gulls closer than that. It was no more than 2 minutes when out of nowhere came two guys on stand-up PWCs, flushing all of the gulls. Why they'd be out in such cold weather is beyond me (probably to take advantage of some of the high waves brought on by the northerly). I kept on the Kumlien's and watched it head over to the public beach. Showtime. This is one instance where I was glad to have a watercraft come by and "scare up" the birds.

I walked over, slowly approaching the gulls, and scanned but couldn't find the KUGU with the more distant Herrings. My problem was I was looking too far away. The bird, as luck would grant me, was resting right in front of me among the more docile Ring-billeds: 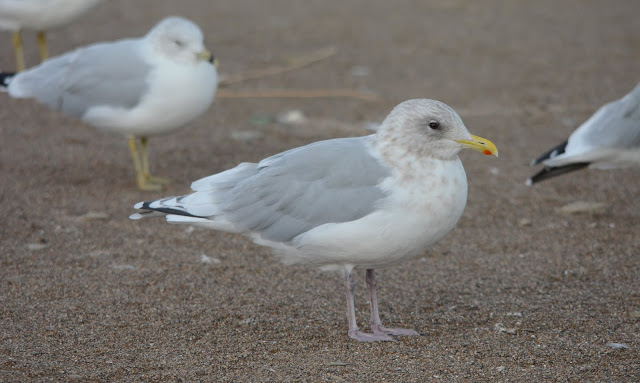 Now to rewind to earlier in the day. Before hitting New Buffalo, I spent a couple of hours on the beach at Michigan City. There was one wind surfer out, which to my advantage corralled all of the gulls to one side of the beachfront. I could see a couple of young Great Black-backeds from the car (they're pretty hard to miss) and so I was hopeful.

Just as the gulls began to take to me, they scared and scattered out over the lake. I knew the culprit had to be a dog or a raptor. I looked behind me to to find a Peregrine Falcon racing down the beach, nearly at eye-level.

I started waving my hands and running in the falcon's direction. It abruptly made a u-turn and ascended back into the park. The gulls eventually returned and became unusually cooperative; Was it the handouts I was offering or me acting as an indirect shield that motivated them? In any case, I'm glad the Peregrine didn't call me on my bluff because he was definitely coming in for the steal. Shortly after I was joined by Mike Timmons who had perfect timing for the show. We watched a couple of LBBGs and GBBGs at a relatively close distance - my totals were 4 GBBGs (2 second cycles, 2 first cycles) and 2 LBBGs (2 first cycles). 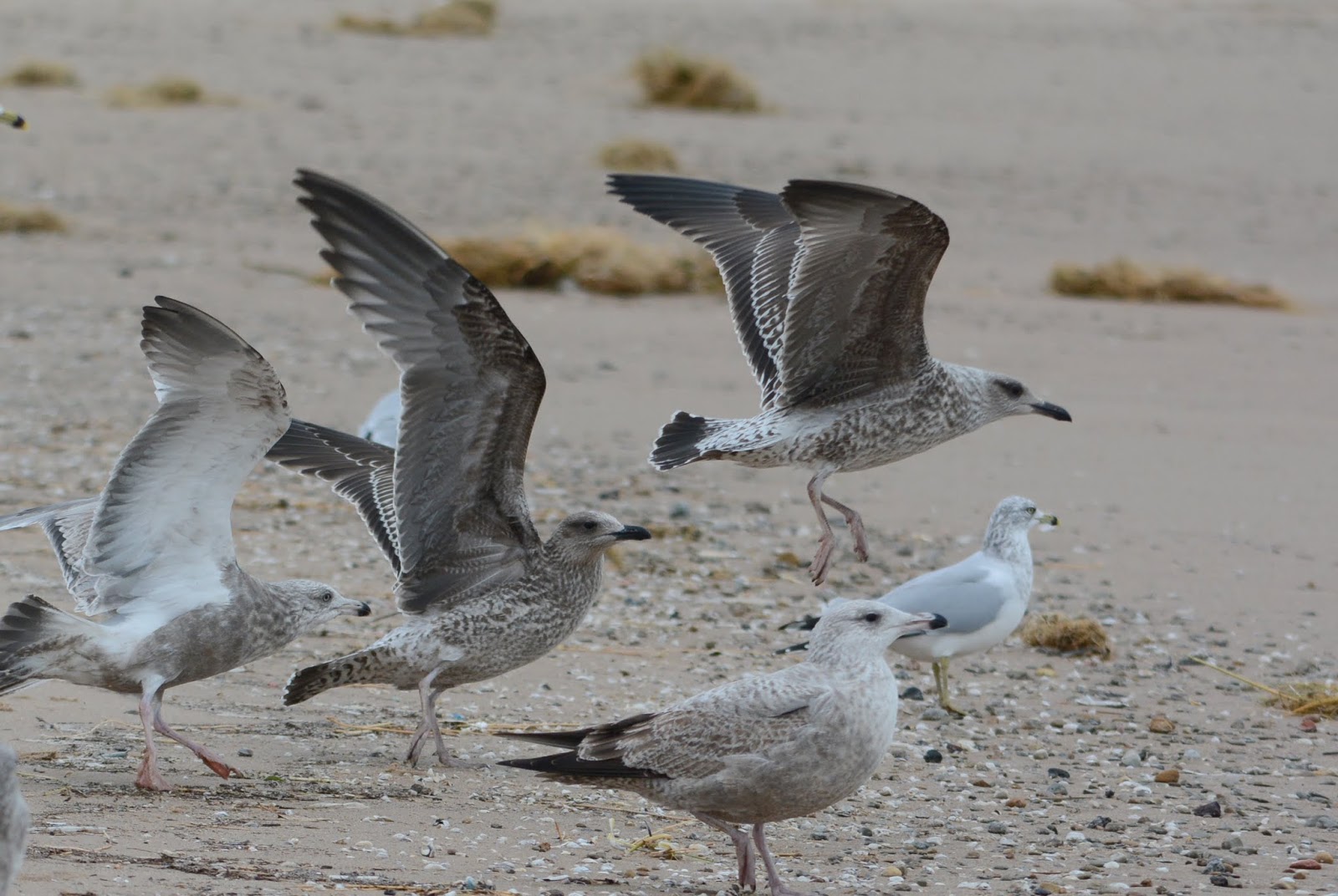 The Lessers, too, granted a flew flight shots: 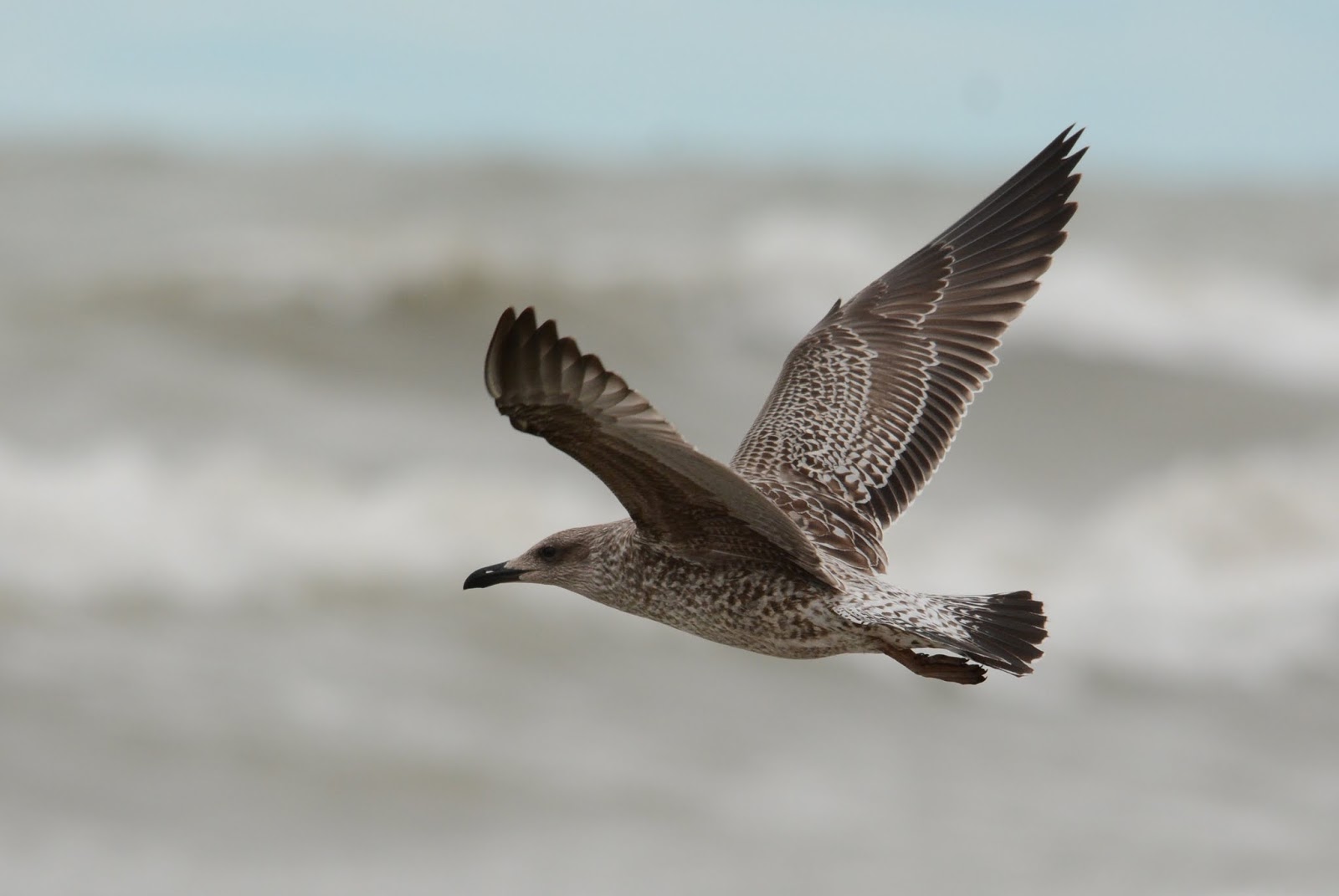 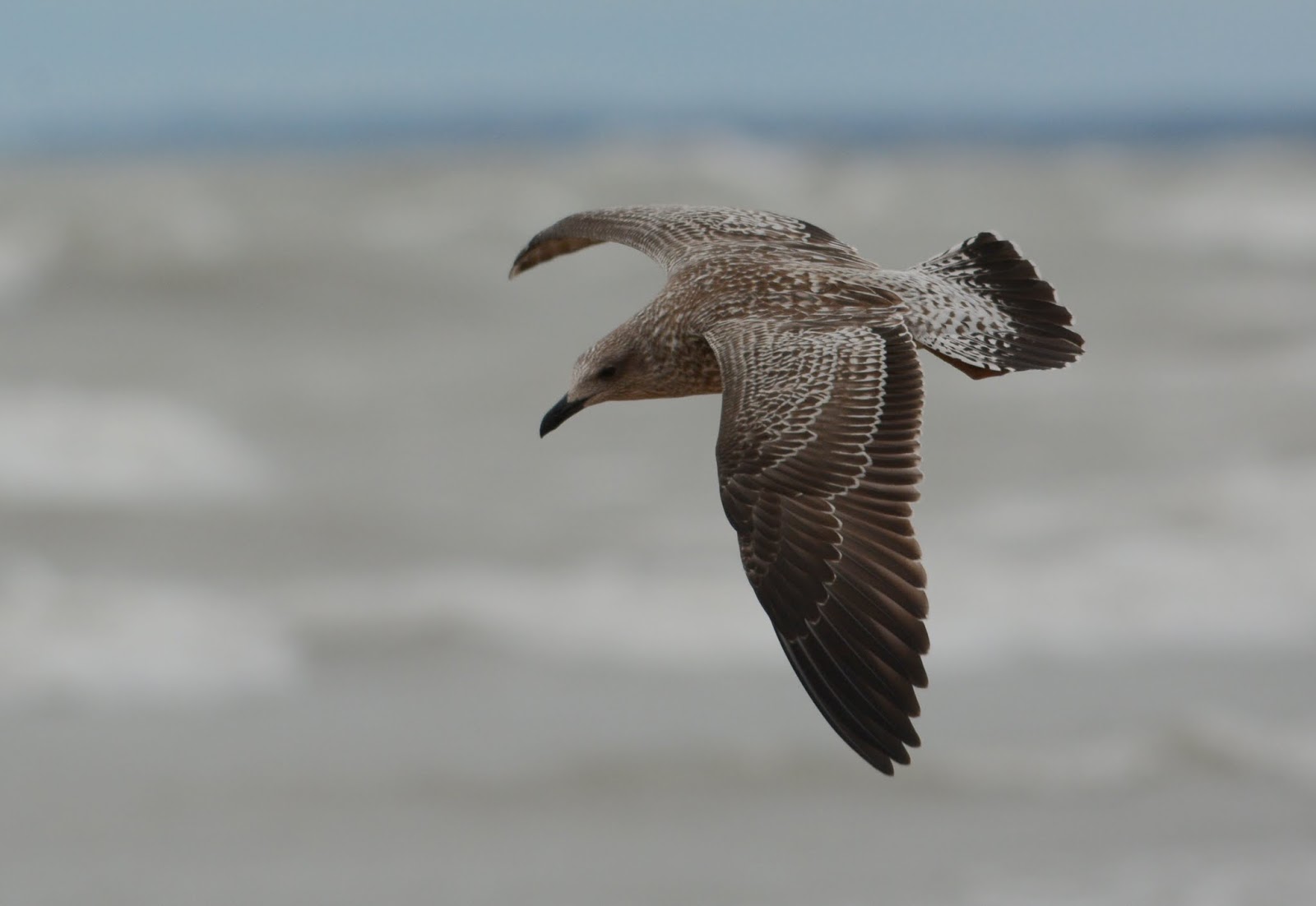 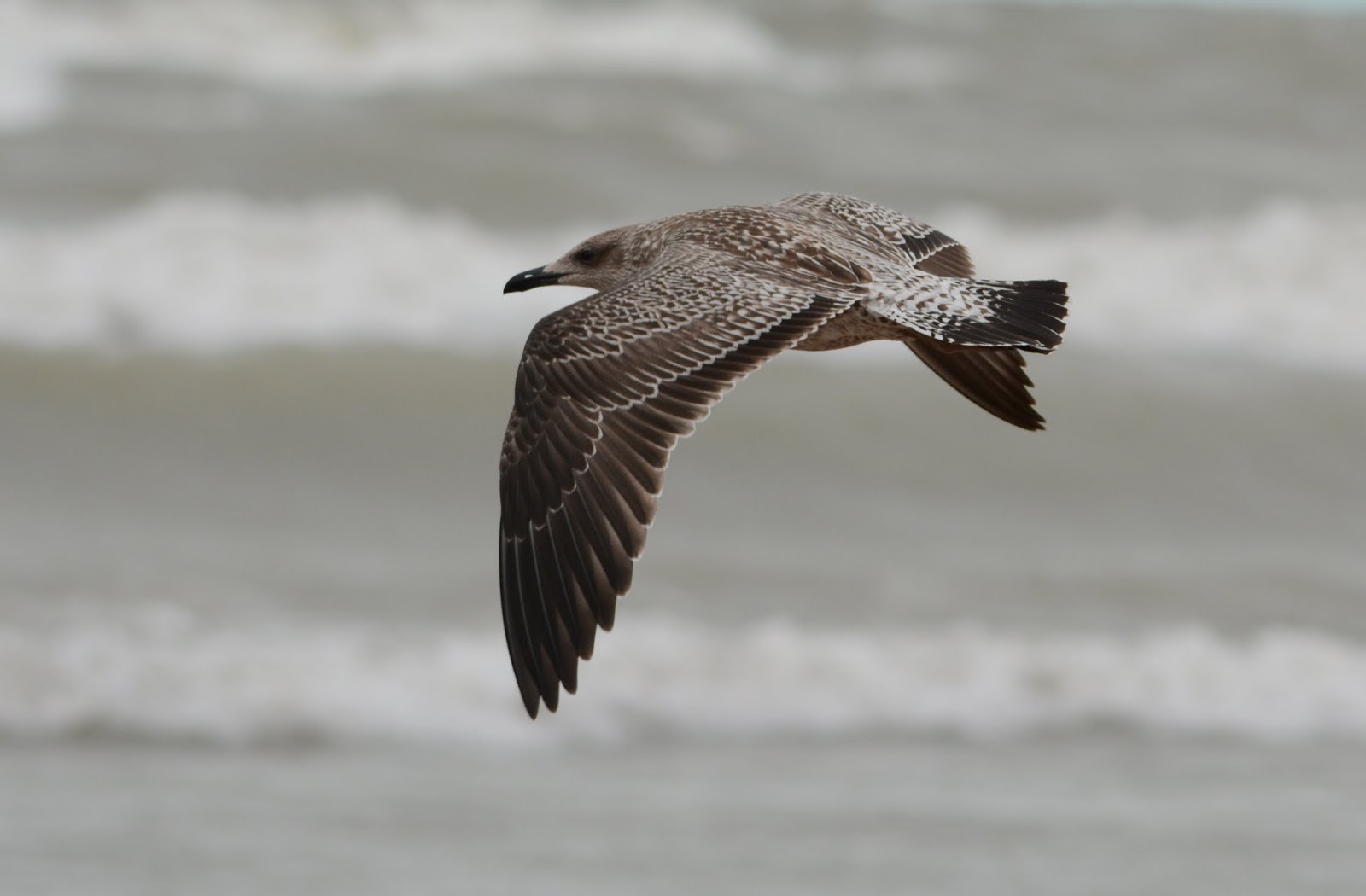 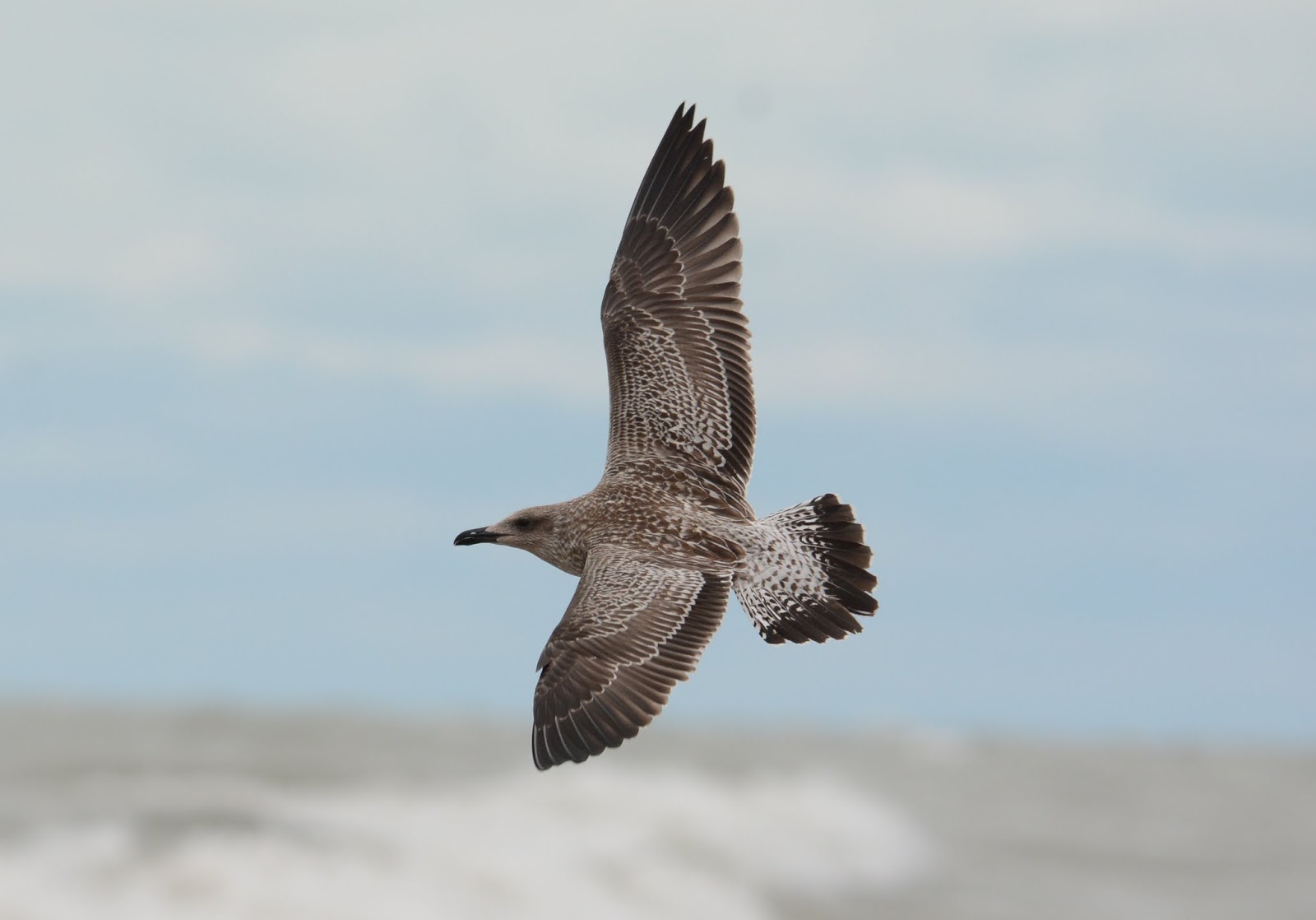 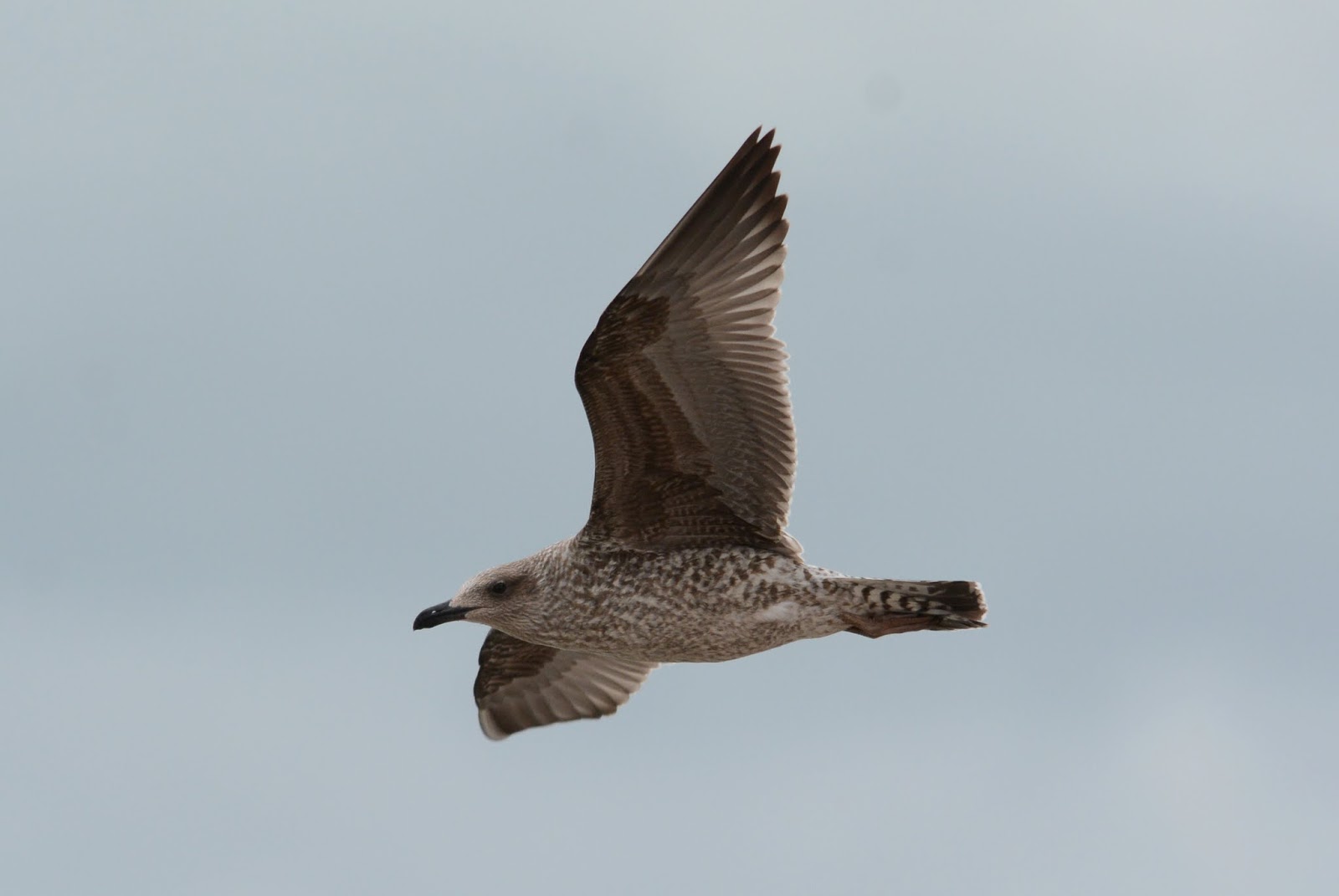 So the season is off to a good start for both black-backed species, but a bit below average for Thayer's. I did have what I thought was a solid adult THGU, which I've decided is a mimic, white-winged, Herring. One of the trickiest Herrings I've encountered to date. See my next post on that bird!
at November 10, 2014
Email ThisBlogThis!Share to TwitterShare to FacebookShare to Pinterest
Newer Post Older Post Home