I've found my share of Herrings with thayeri wingtip patterns, but this one just about tops the list: 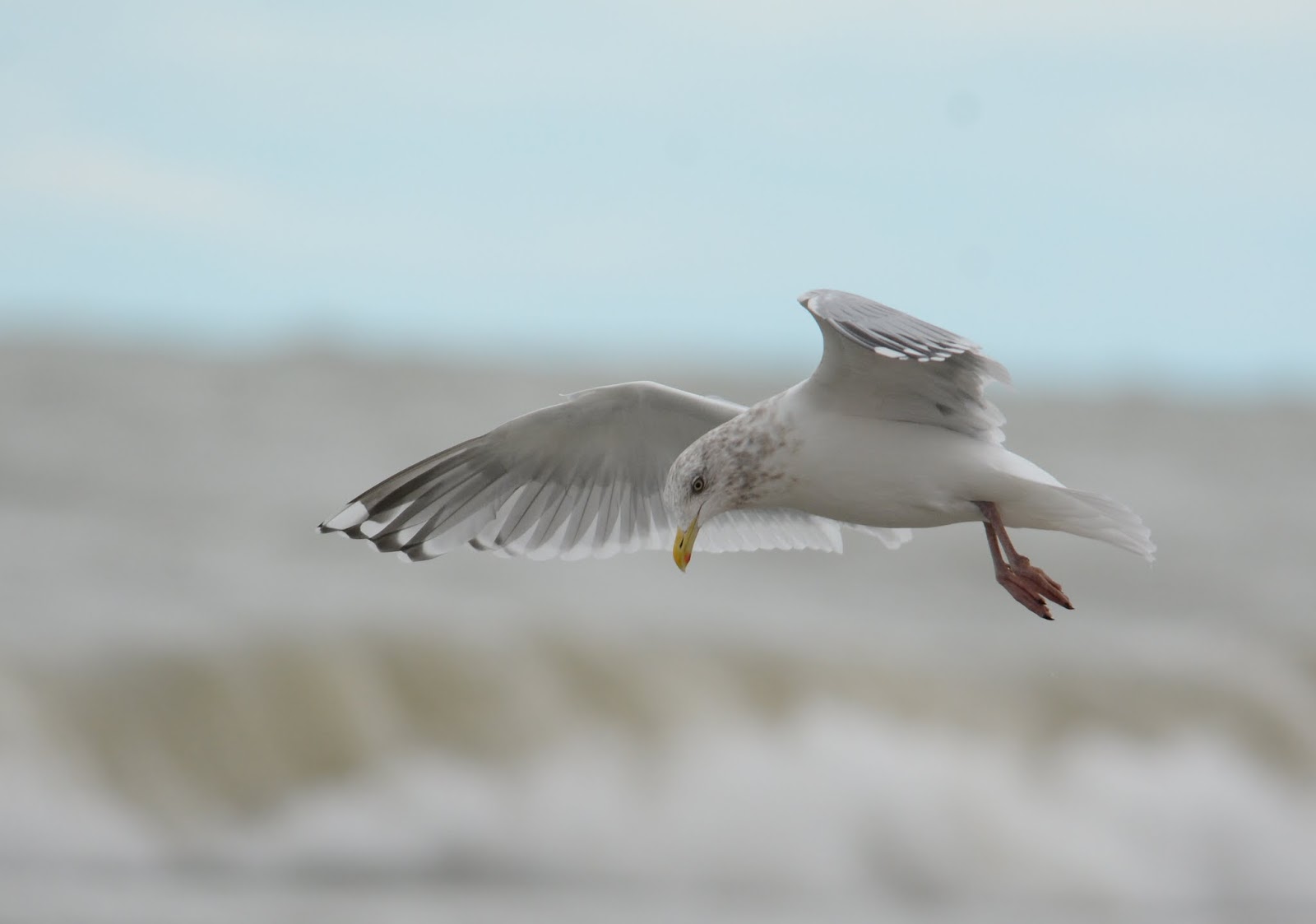 When I initially found this bird it was standing with a group of Herrings. I thought about it for a few seconds before letting it go in order to focus on a couple of black-backeds. All the while in the back of my mind, I was debating whether to call it a Thayer's or Herring. I'd occasionally look back at it while photographing the close-by Lessers and eventually walked over to it to investigate whether the wingtips were as "slaty" as they appeared from a distance - they were!

I couldn't put the orbital to use as it was mostly blackish-brown, and so that field mark did not support or contradict Thayer's, but the extremely pale-yellow eye is what pushed me away from Thayer's. Thayer's Gulls with eyes this pale are rather rare. In addition to that, the rest of the face and head gave me the impression of Herring (admittedly though, it could just be the "evil" stare that's reminiscent of HERG). 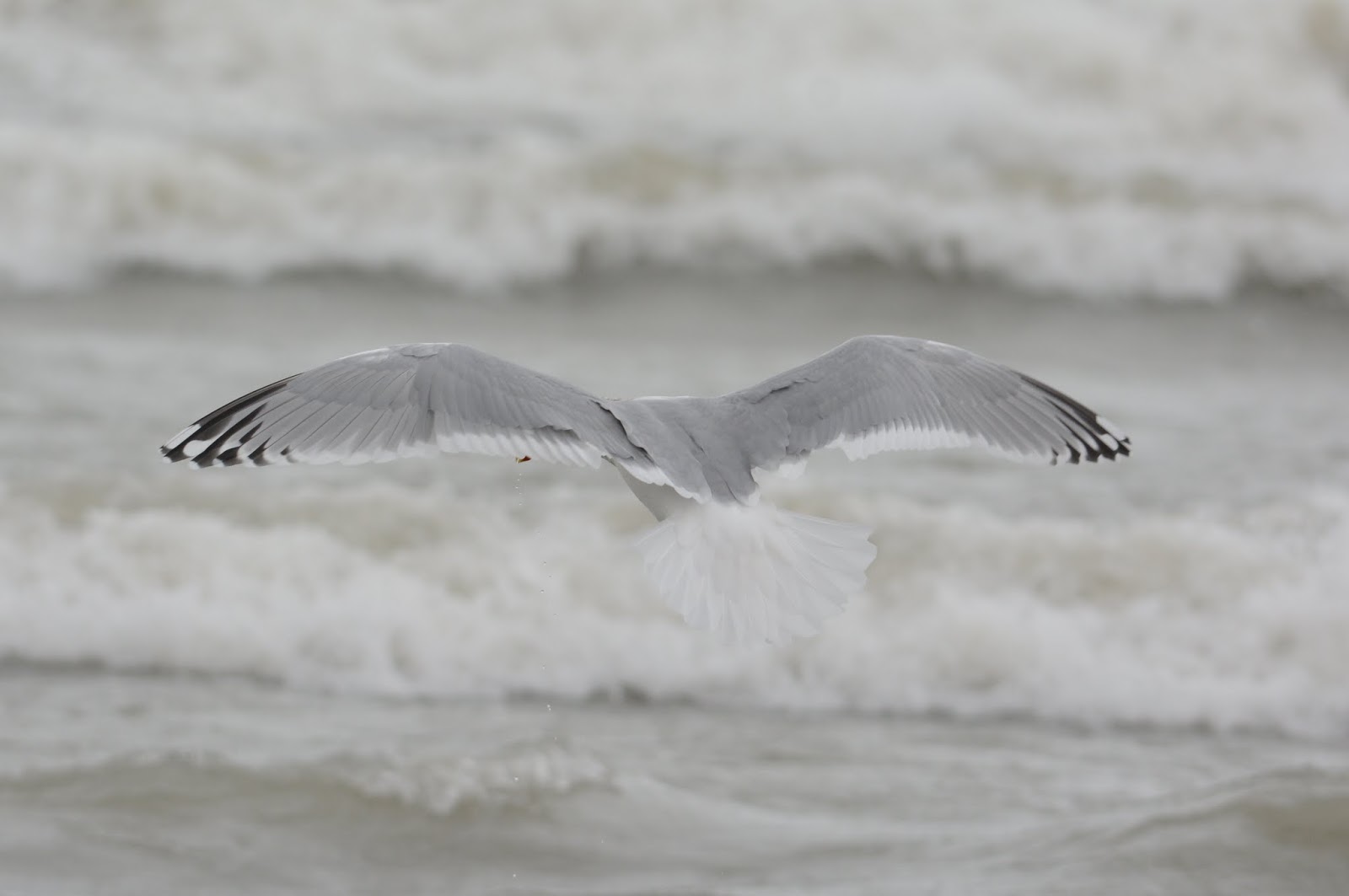 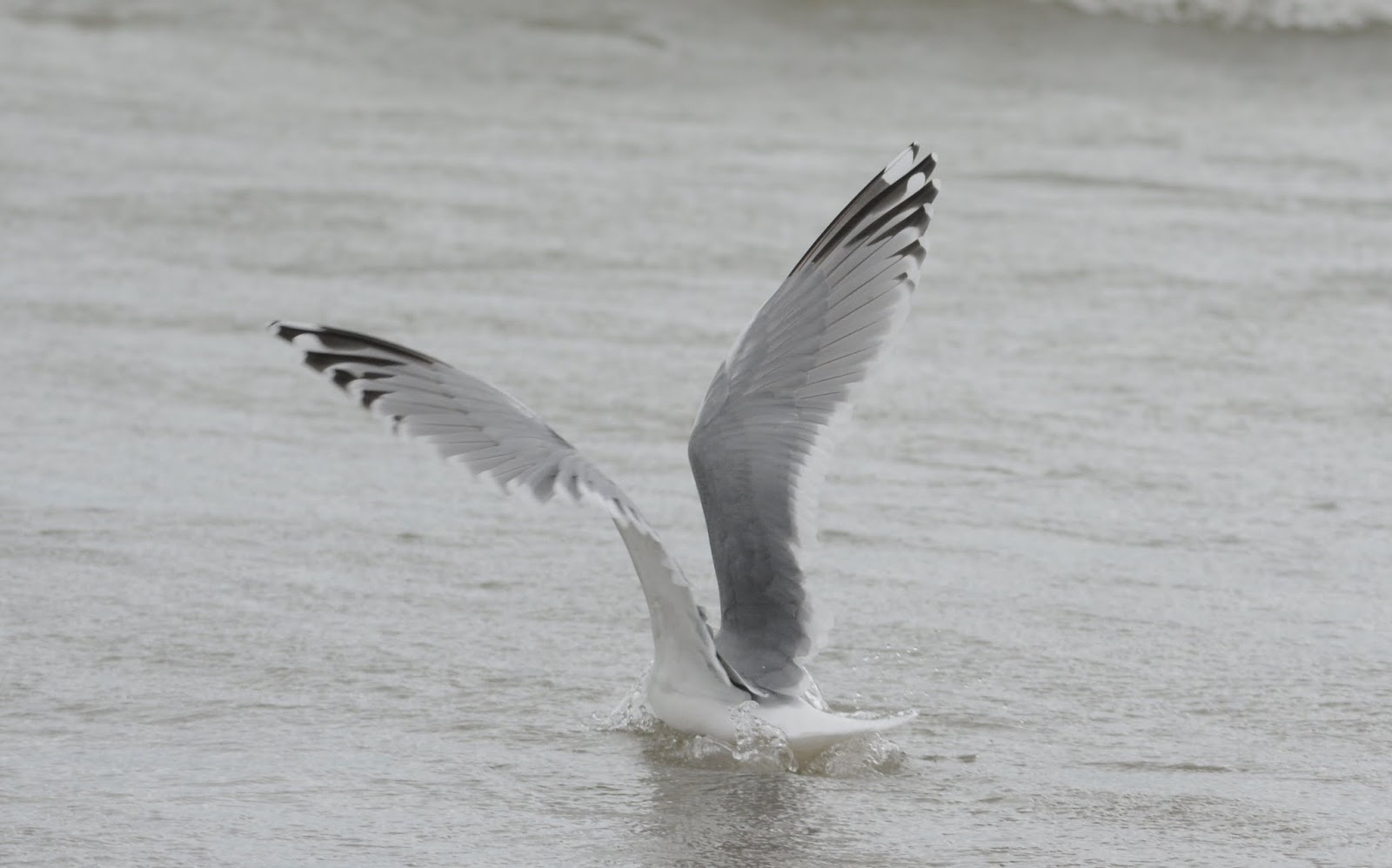 I've second guessed myself on this bird's ID a couple of times now - Thayer's or Herring - and part of that might be because I expect so-called "Northern Herring" types to appear later in the season with larger bodies, bills, and in general, bulkier proportions. I also have trouble accepting this less-than-true-black wingtip for Herring. I'd like to think that if it is a Herring, there is a melanin deficiency at work or outside influence (Glacuous?). The former explanation is pure speculation, and it does present an identification nightmare with large gulls if we begin to attribute paler tones in wingtips to a lack of melanin, although it should not be entirely ruled out. The latter explanation with regards to hybridization doesn't sit well with me either - you'd think the upperparts would be a bit paler and the bill and head would be bigger. This individual was, structurally, okay for Thayer's and appeared a tad smaller than average for a Herring.

More Drama:
I have to wonder if this is the same adult-type Herring that I found in New Buffalo in late October (note the shorter wing projection):

For my sanity's sake, I hope it's the same bird and that I've not found two pale white-winged Herrings in three weeks. This shade of black on the wingtips is really pushing the limits of what is within the range of a pure Herring Gull. I could live with leaving this bird in the "most-likely-a-Herring Gull" file for now, with the added footnote that the wingtips are unreasonably pale and problematic.
at November 14, 2014
Email ThisBlogThis!Share to TwitterShare to FacebookShare to Pinterest
Newer Post Older Post Home