I spent a few hours gull-watching along the Calumet River on Chicago's far southeast side this morning. A little patience was rewarded with an adult Nelson's Gull (Glaucous x Herring hybrid).

Besides being larger and paler than all of the surrounding Herrings, the wing projection is short like Glaucous. The wingtips are colored with a diluted dark gray and show limited pigmentation that's restricted to the outer webs of the outer 5 primaries. 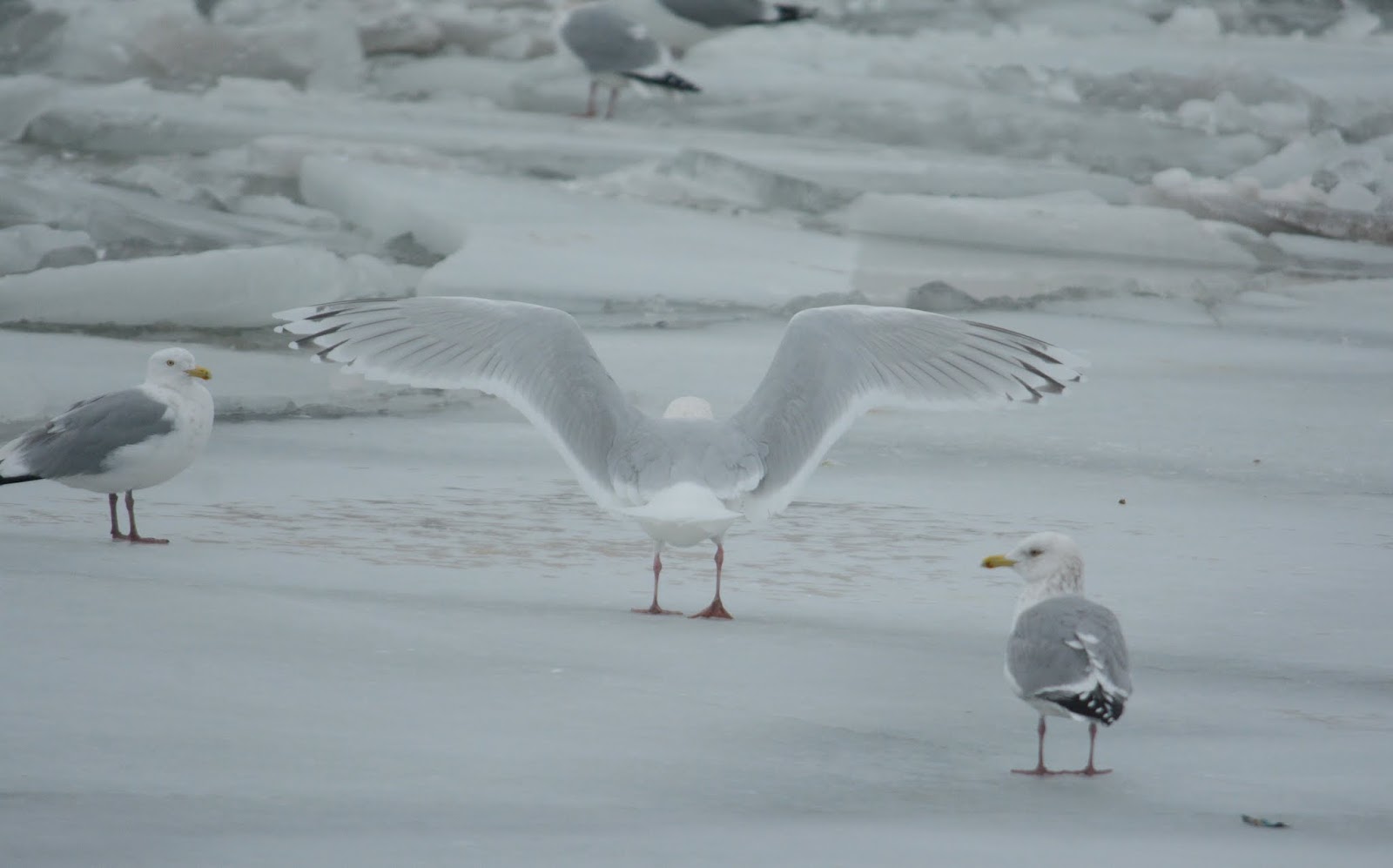 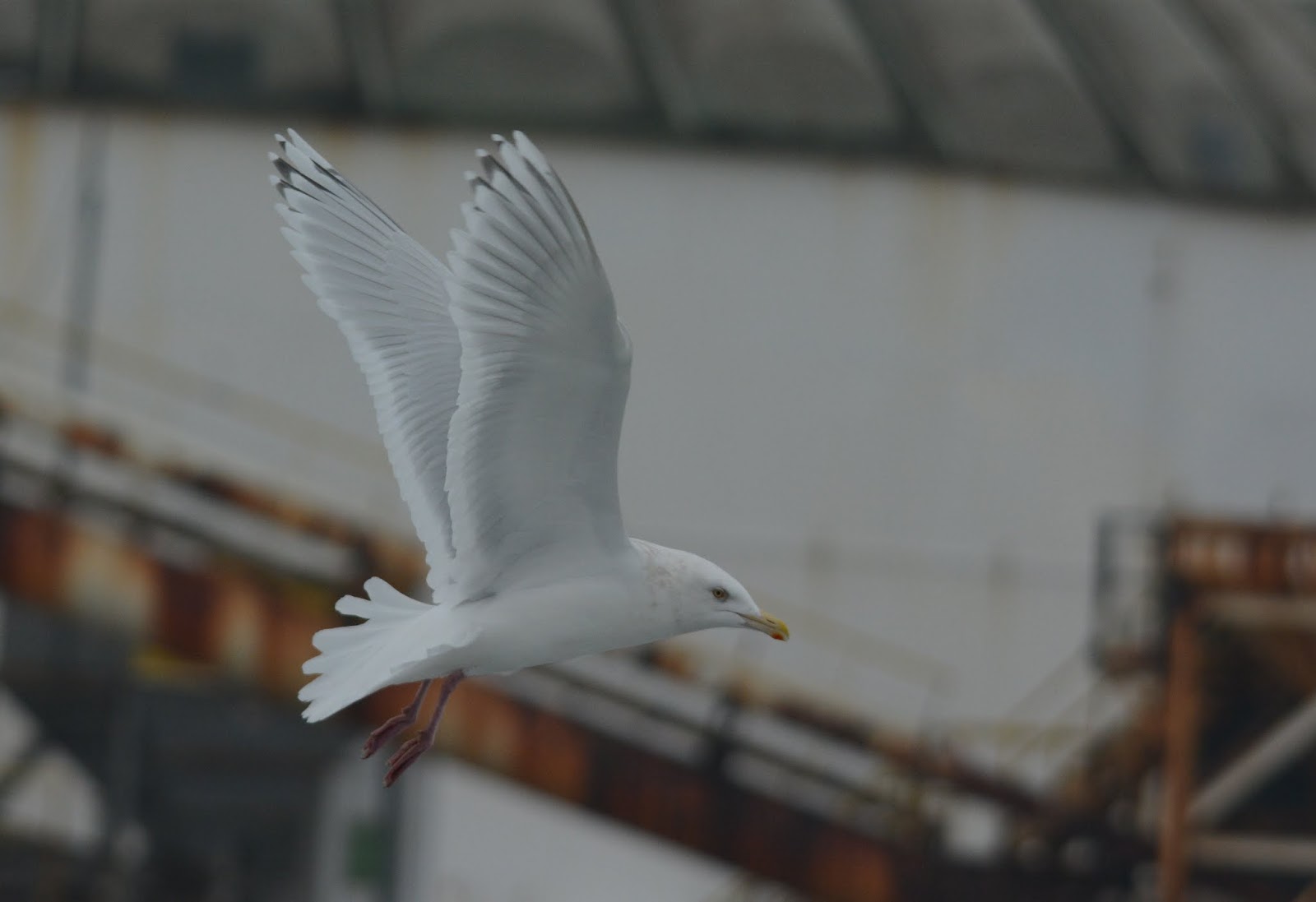 Another exciting sighting for the day was this ever-wandering 2nd cycle Kumlien's that I've now seen three times this season at three different sites (click here to read more about this distinctive bird): 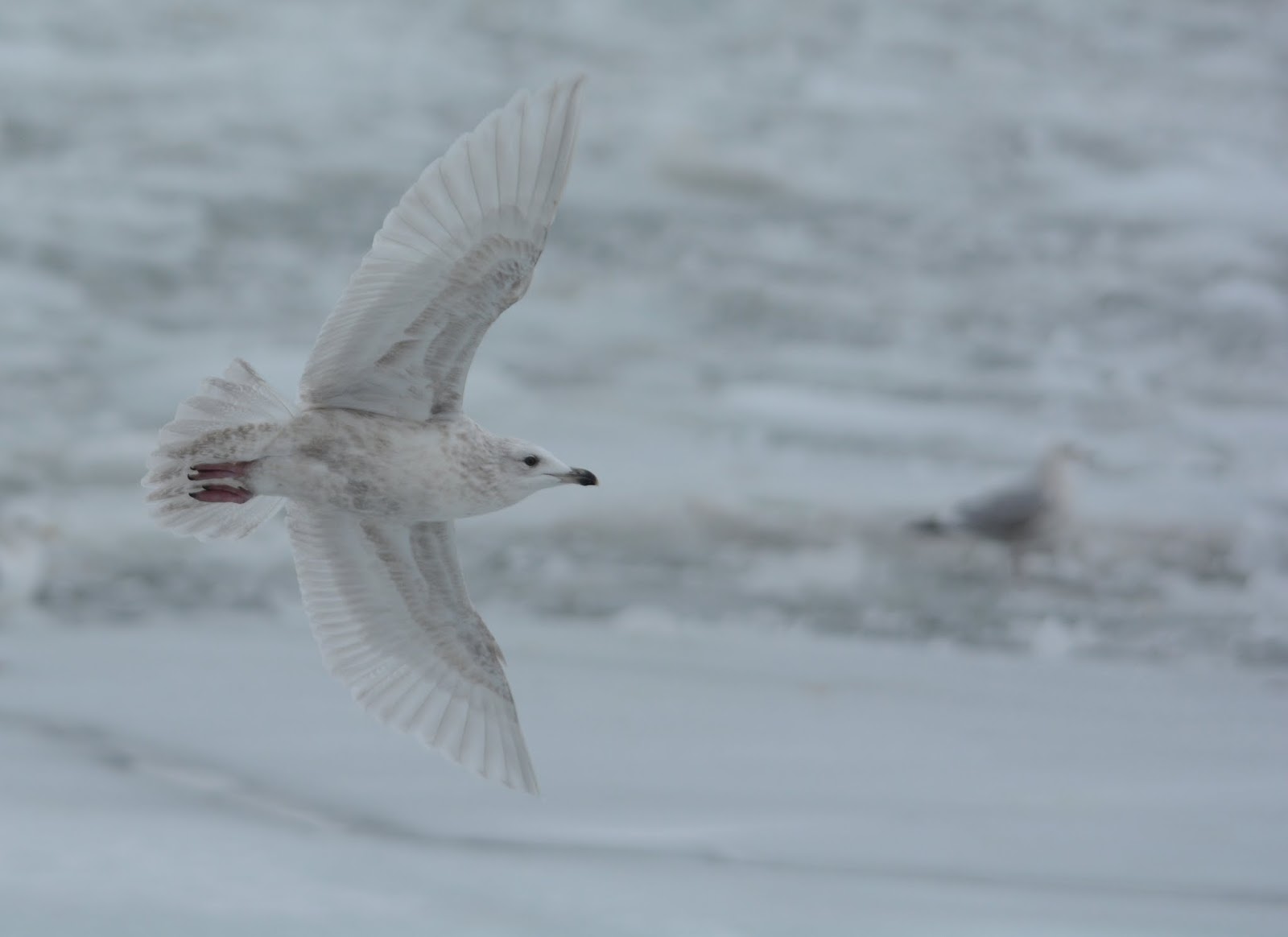 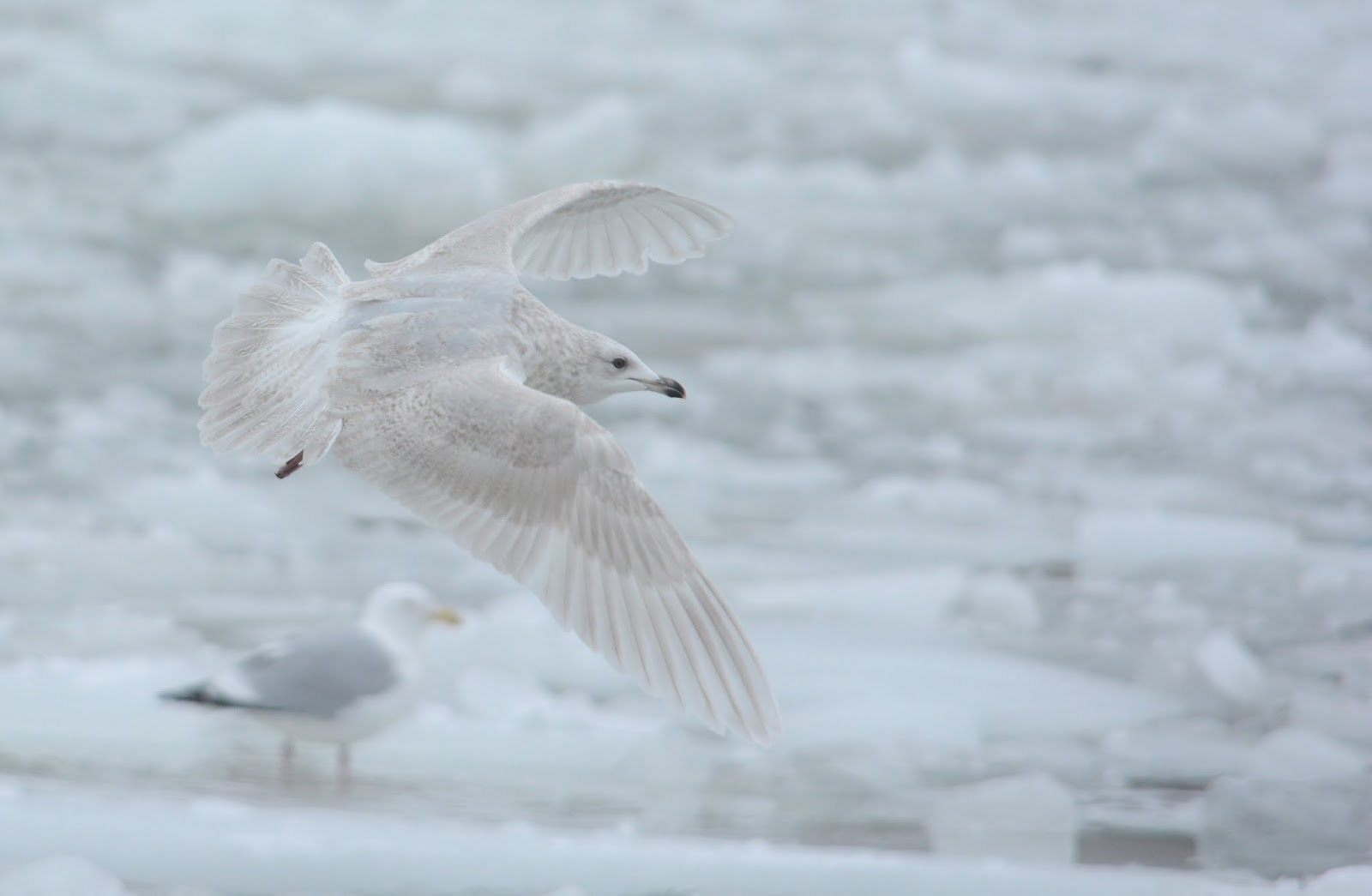 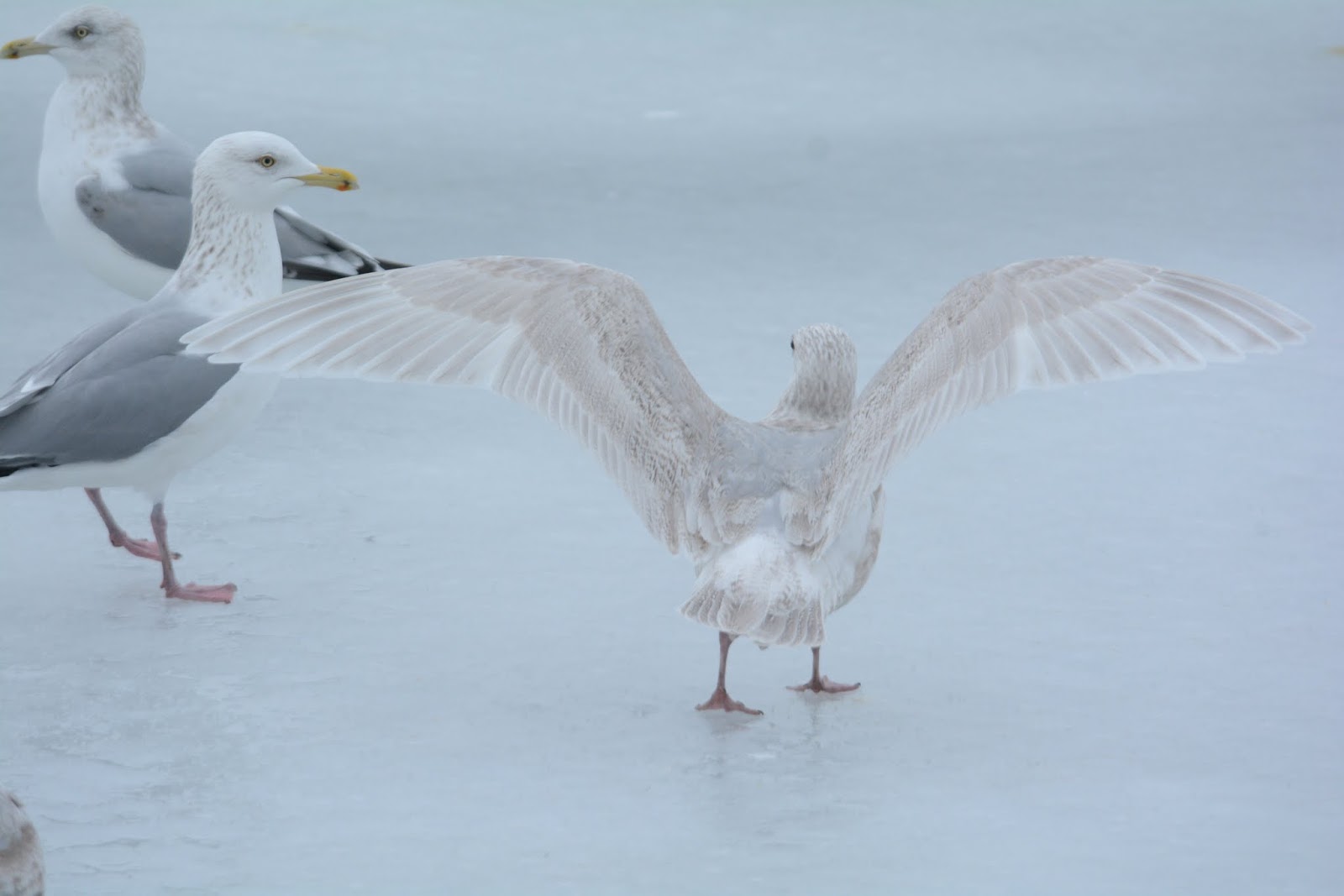 Beside the Nelson's and Kumlien's, I recorded every age of Great Black-backed today, along with a 2nd cycle Glaucous, 2nd cycle LBBG and an adult Thayer's. Twice, gulling was interrupted by a Red-tailed Hawk and then subsequently by a 2nd winter Bald Eagle. Interestingly, a few Herrings began circling around the Bald Eagle and escorted it down the river - something I've never seen.