I had completely taken the presumed Chandeleur Gull (Herring x Kelp hybrid) that spends its winters between Berrien County, Michigan and LaPorte County, Indiana, off my radar for the season. Having last seen it on Thanksgiving Day 2014, I was very happy to happen upon it on Sunday while gull-watching from the pier at the harbor mouth in Michigan City. 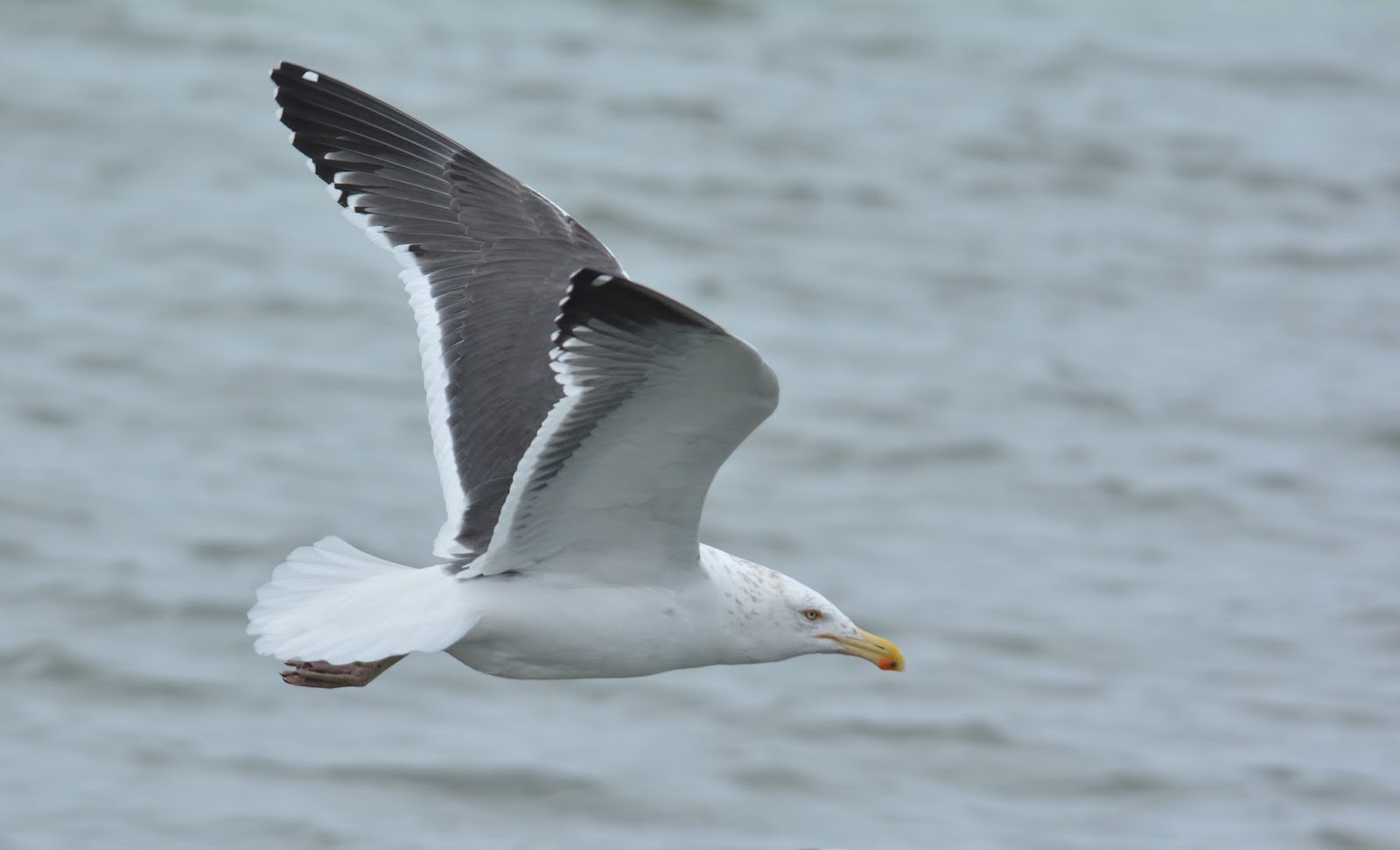 Back in late November, it was still molting its outer primaries and secondaries:

Note that the outer greater primary coverts still show black streaks, despite this bird showing an otherwise definitive adult plumage (as was the case in October 2013). I think it's safe to say that the small white mirror on p10 is a direct influence from its Kelp ancestry, as is the extensive black on both webs of p8-p10. 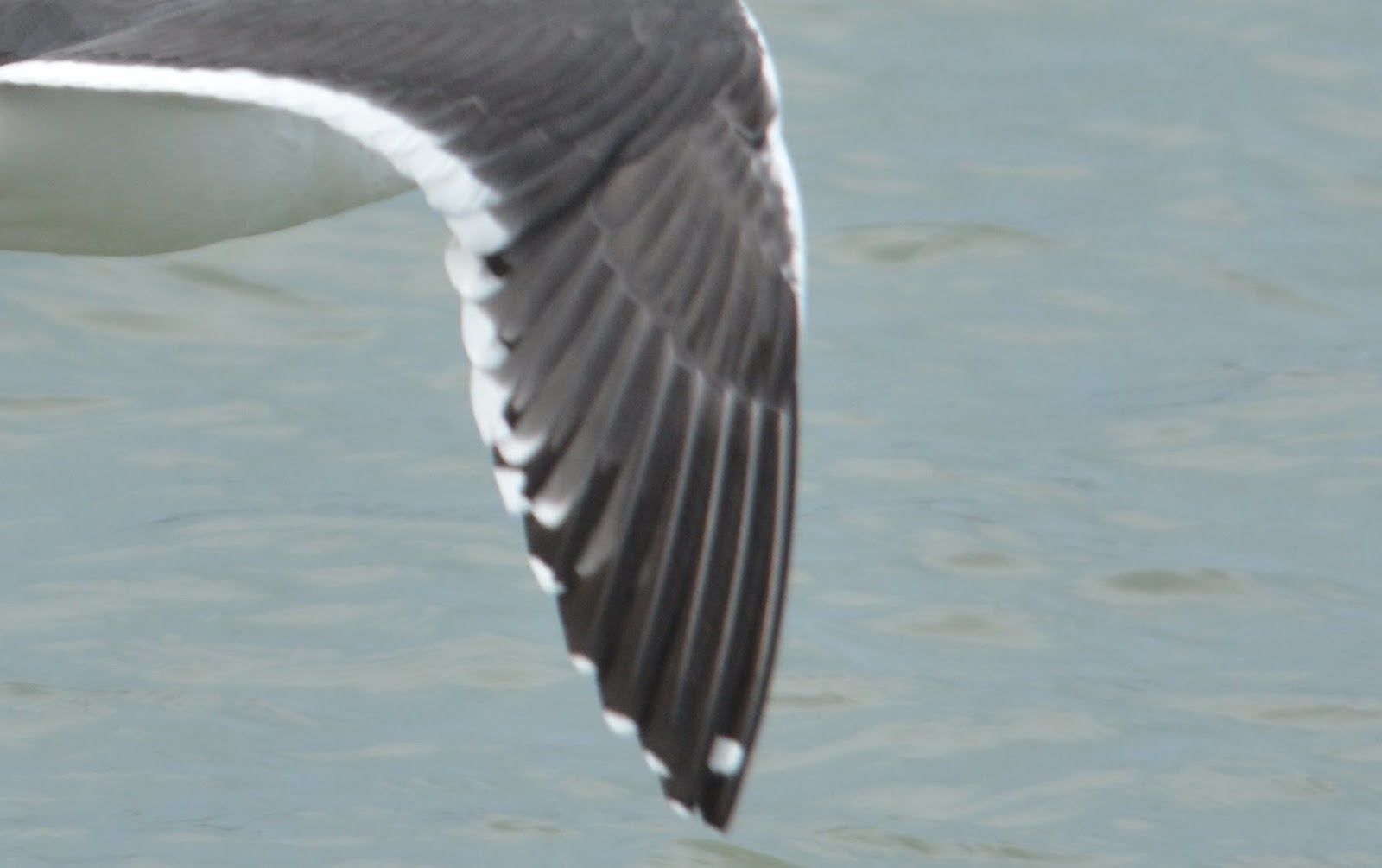 I can't think of any other instance that I've observed an adult gull with black subterminal marks all the way down to the first primary.


I will reiterate my conviction that Chandeleur Gulls are a "legitimate" hybrid form. I don't find it difficult to believe that Kelp Gulls, which are generally expanding north, and Herring Gulls, which are generally expanding south, have converged again in small numbers somewhere in the Gulf Coast/Caribbean. You can read more of my thoughts on this here.
at March 24, 2015
Email ThisBlogThis!Share to TwitterShare to FacebookShare to Pinterest
Newer Post Older Post Home