A hybrid mix that you don't often hear of is a Laughing/Ring-billed, but they do occur. Chicago has hosted one, presumably, since 2004 - an individual known as "The Colonel" (click here for details on this record).

So I was very surprised when I found what is almost certainly a different LAGU x RBGU yesterday in Tinley Park, Illinois. While scanning the local Ring-billed flock for leg bands, I caught a dark-winged bird with a partial hood out of the corner of my eye. I automatically assumed I had a sub-adult Laughing Gull, but then I began to process the orangy bill and leg color, as well as a faded hood (as opposed to a molting hood) - a pattern always exhibited by this suspected hybrid combination. 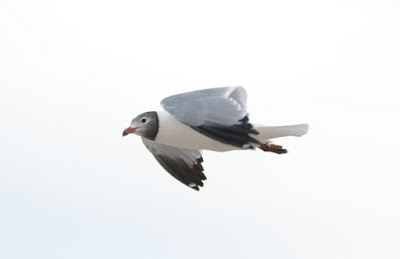 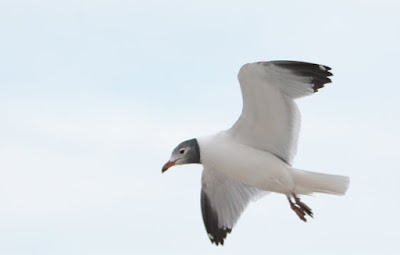 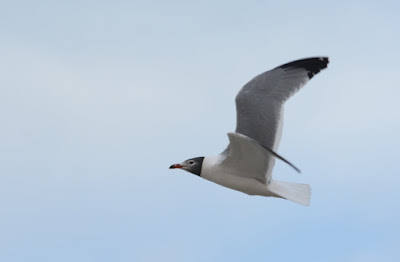 For what it's worth, I've not seen the Chicago bird this season despite having checked 5-6 times since late March.

EDIT: I relocated the Chicago hybrid on 24 May 2015 and photos confirm two different individuals.
at May 23, 2015
Email ThisBlogThis!Share to TwitterShare to FacebookShare to Pinterest
Newer Post Older Post Home