On 07 December 2013, I found 3 first cycle Herrings with federal leg bands in New Buffalo, Michigan (Berrien County). I spent about 4 hours with them on the beach until I got each and every one of their 9 digits. 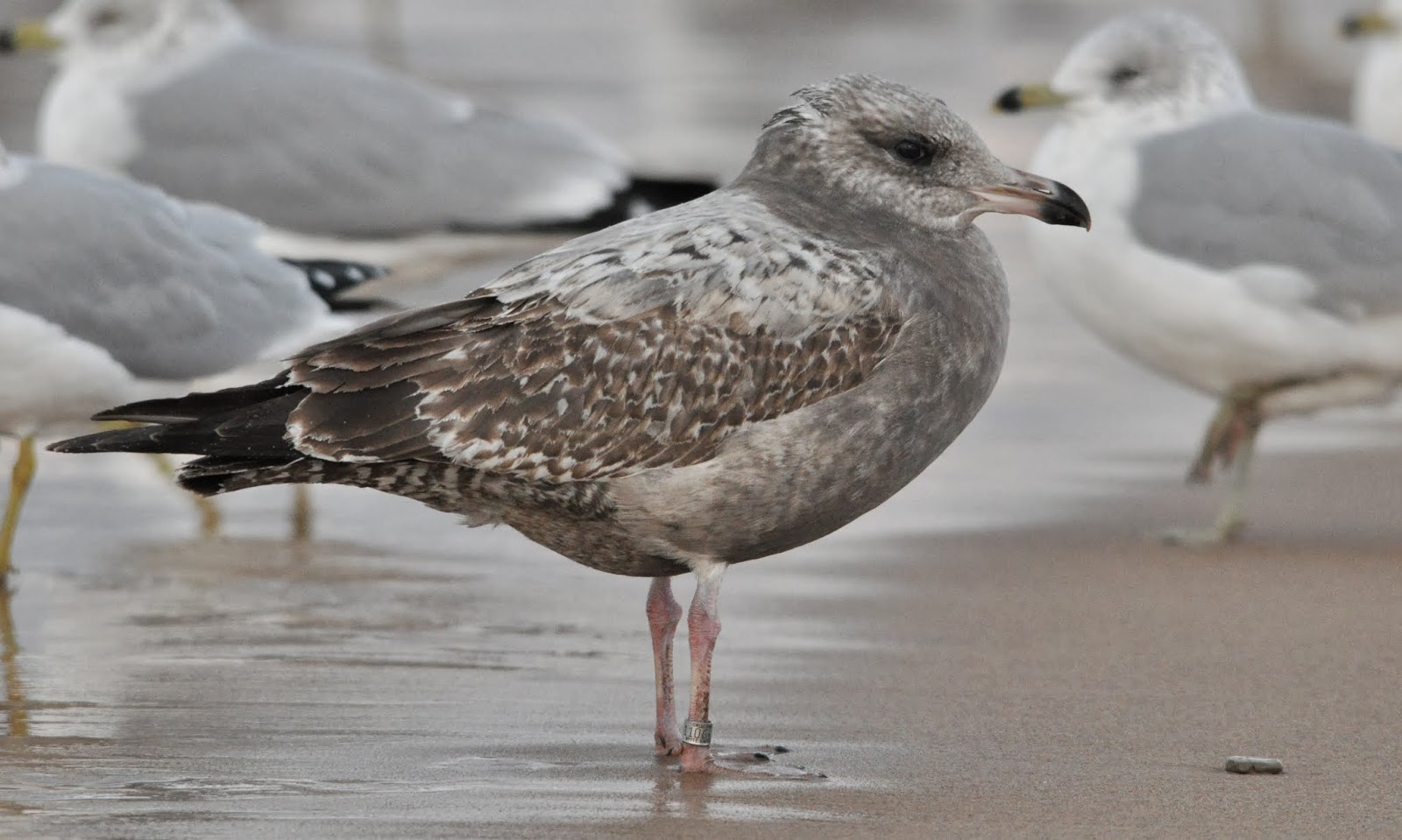 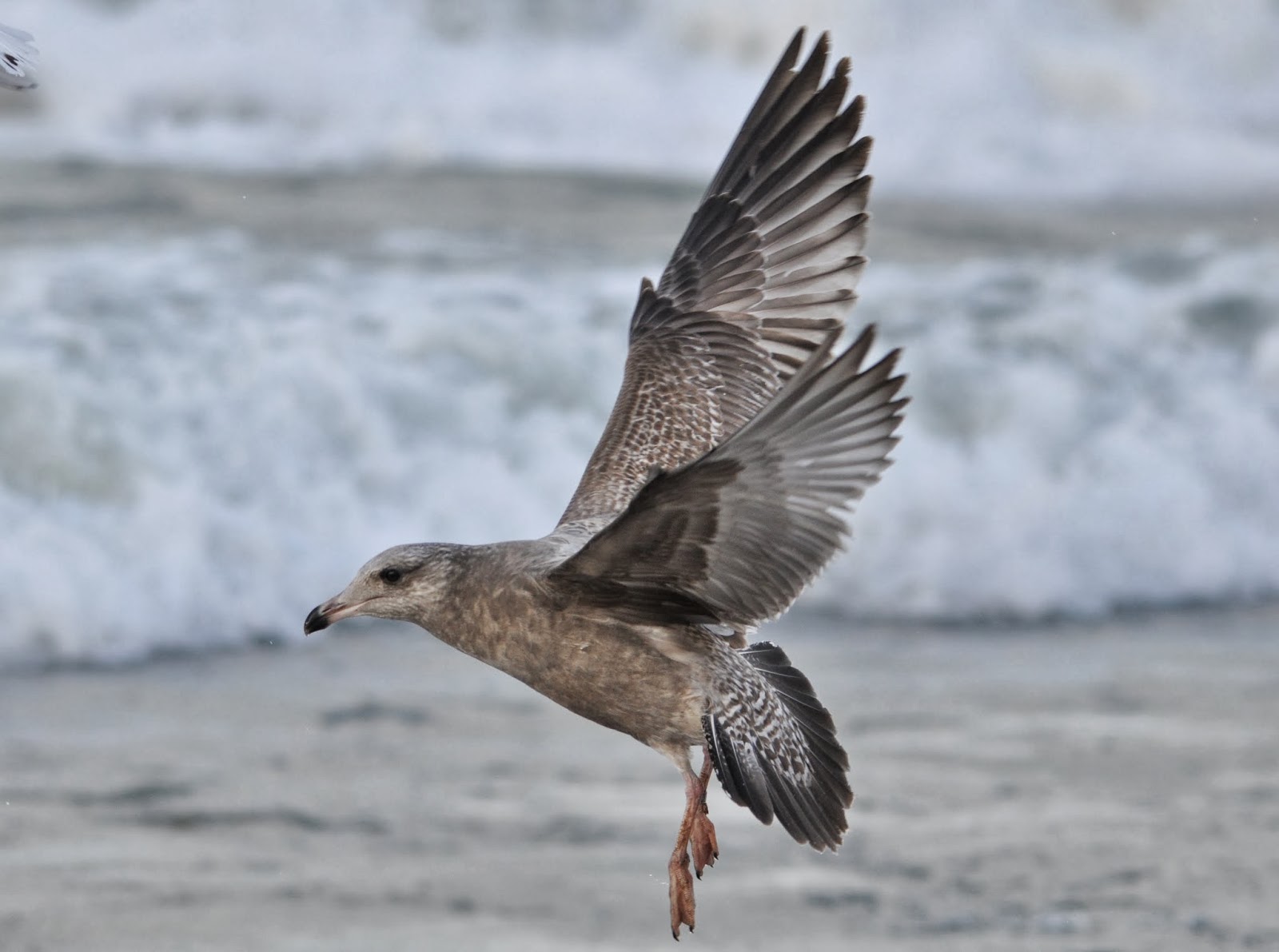 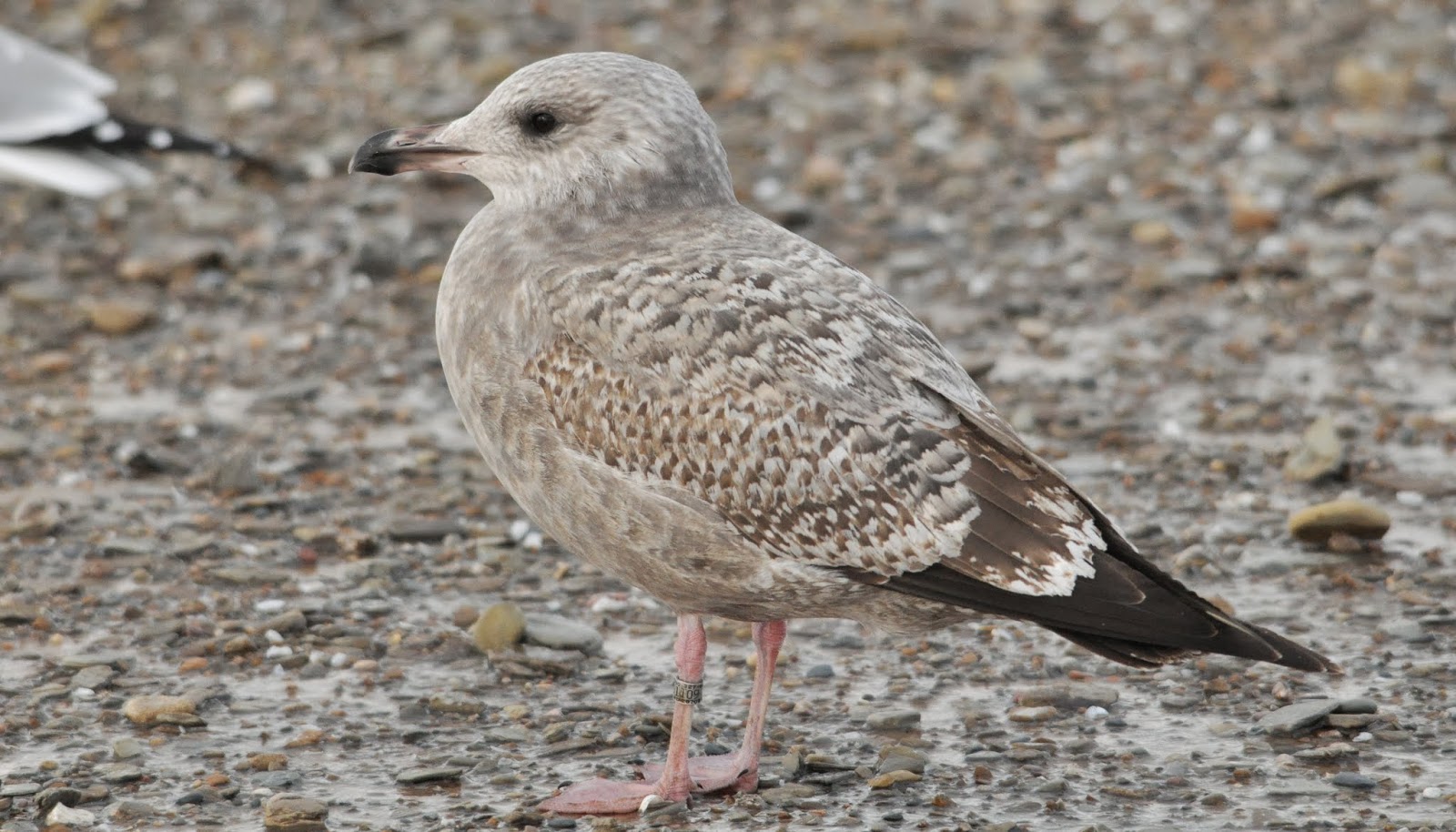 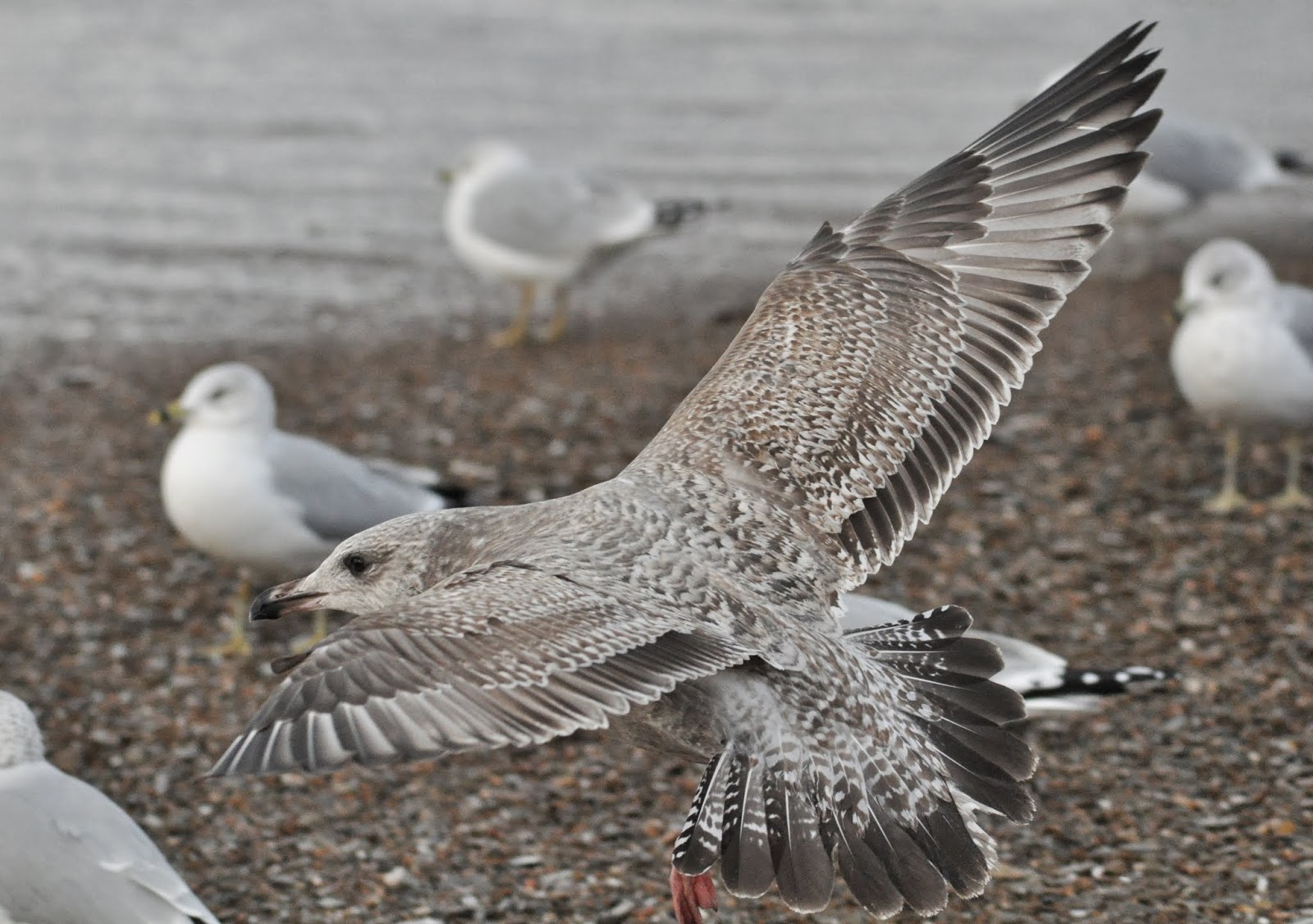 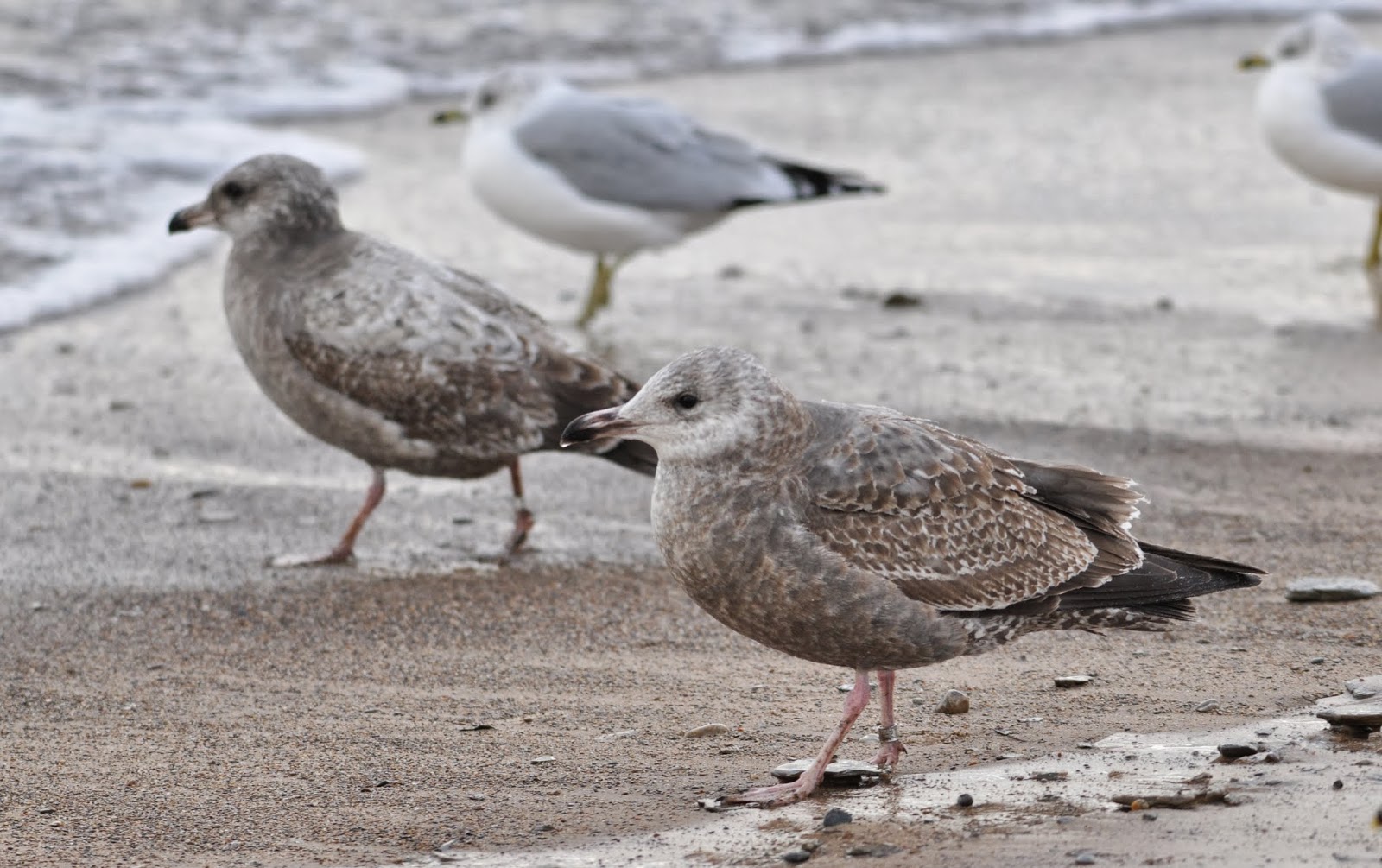 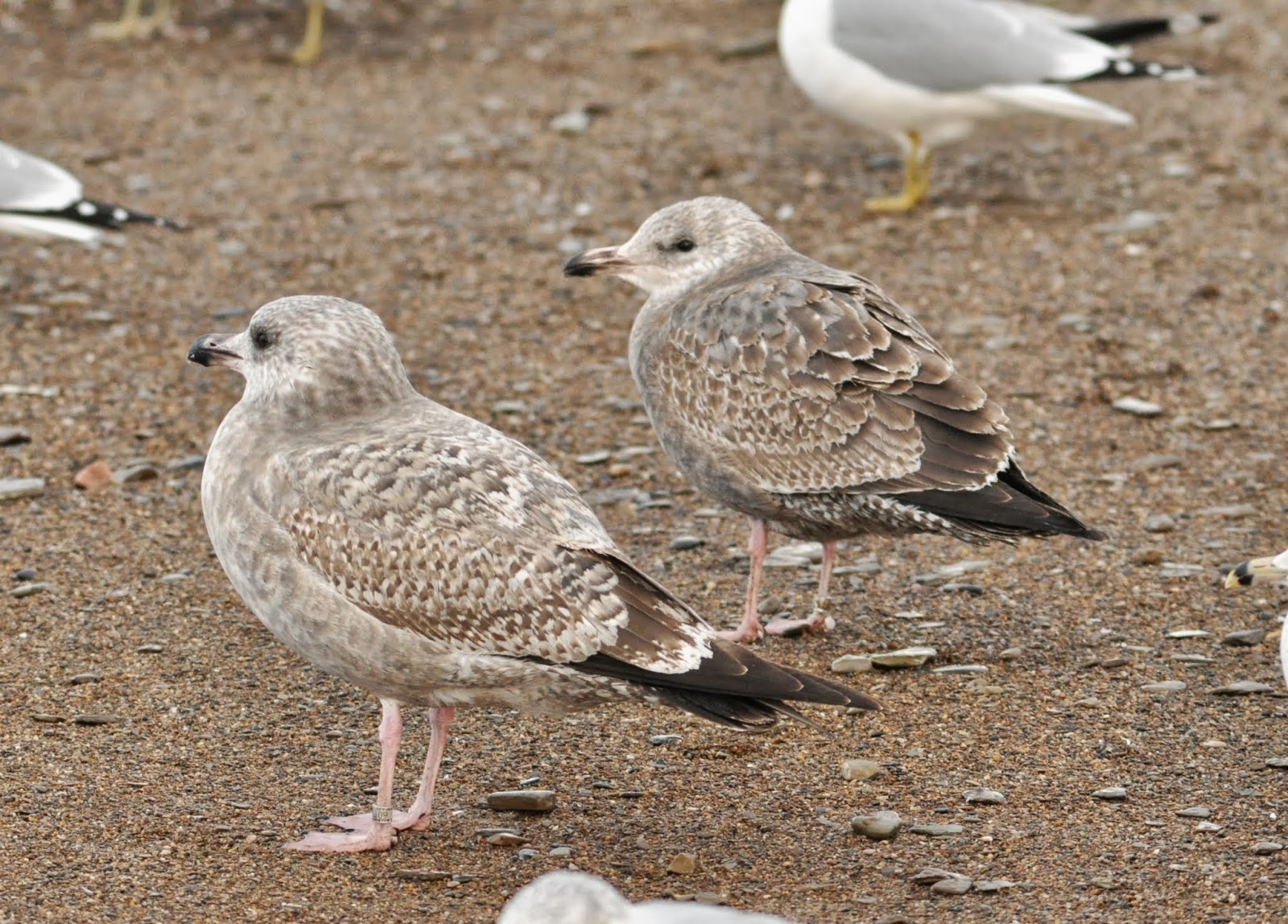 All three of these individuals represent my idea of typical 1st winter American Herrings of, local, Great Lakes origins. They show moderate to extensive juvenile scapular replacement with light to moderate wear to the tertials and upperwing coverts. Overall, they have a messy appearance with portions of their underparts and heads showing some bleaching.

This is much different than the so-called "Northern" birds that retain most of their juvenile plumage into the winter. They typically have a much more uniform (brown?) look to them and are somewhat reminiscent of Thayer's. Here's one photographed with date just "5" days earlier (02 Dec): Whether these neater looking birds are truly from a population that originates from latitudes farther north is not entirely understood. Banding efforts should help unravel this mystery with time. Just how far north, or how much into the interior of Canada these birds come from remains to be learned. My hope is that more birds are banded, and larger color bands are used to help increase the visibility of their leg bands.
at December 16, 2013
Email ThisBlogThis!Share to TwitterShare to FacebookShare to Pinterest
Newer Post Older Post Home