There's always an element of suspesne when going out to watch gulls. One never knows what species, or more specifically, what plumage, they're going to find.

I've been seeing lots of Thayer's and Lesser Black-backeds lately and so it was nice to get on this Glaucous Gull on Sunday: 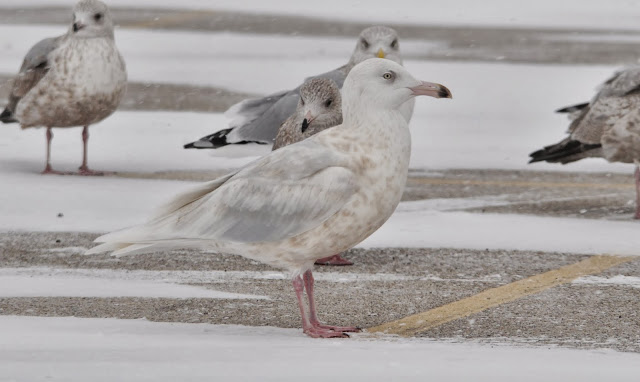 I went back and forth as to whether it may be a 2nd cycle, but when it took off, the adult-like inner primaries, with wide white tips, sealed the deal for ageing this bird: 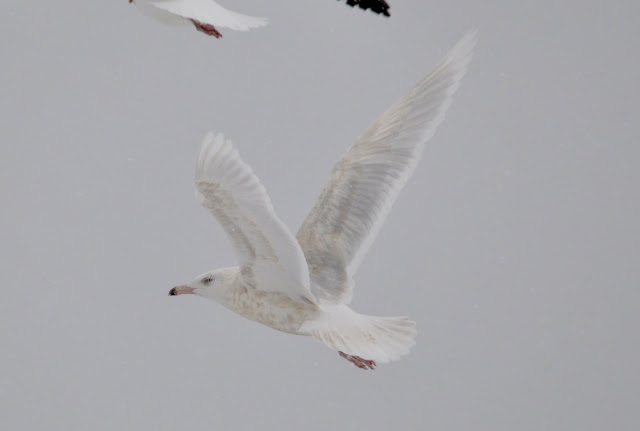 Other highlights for the day included this adult Thayer's: 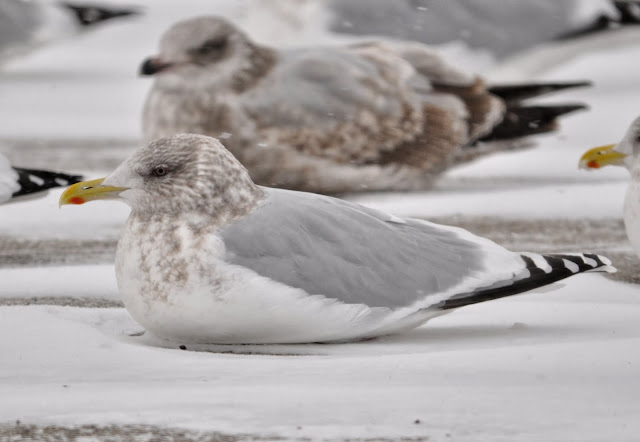 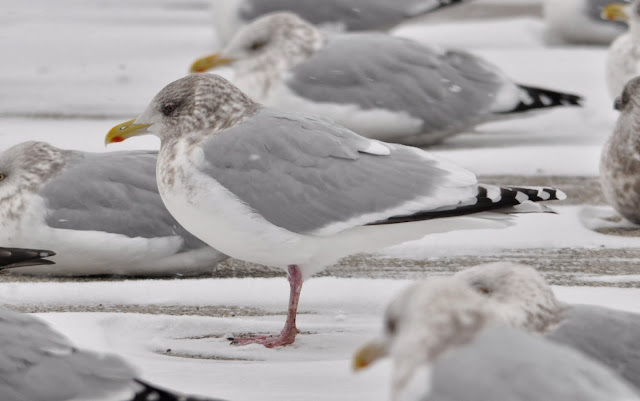 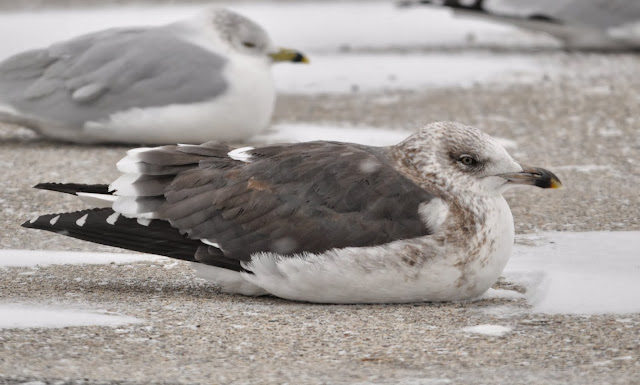 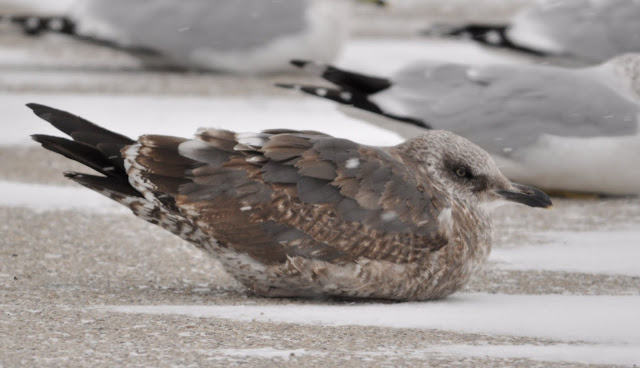 But perhaps most intriguing were these "white-winged" adult Herrings: 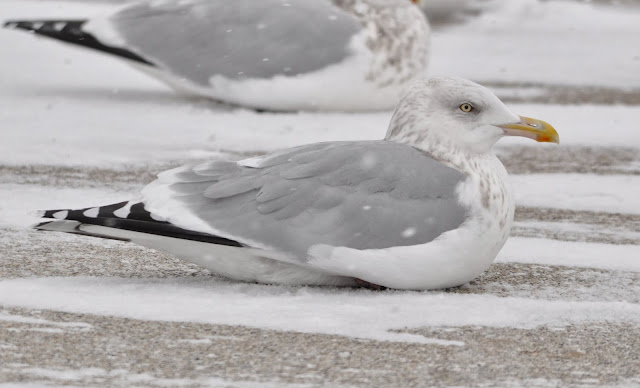 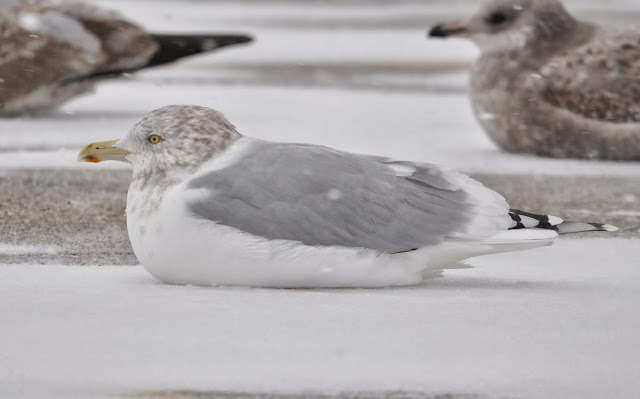 Unlike the Northeastern United States and Newfoundland/Labrador, American Herring Gulls on the Great Lakes and the Western United States typically show a limited amount of white on the outer primaries. On average, the so-called "Great Lakes" birds show a single mirror (on P10) and smaller white apicals, and tend to average smaller body proportions. But it's open season in the winter, with a mix of all sort of Herring Gulls.

Seeing birds with this much white in the wingtips in my area (Illinois) may invite confusion with Thayer's. But note the staring pale-yellow eye, and the yellow-orange orbital ring. Thayer's shows a pinkish orbital.
at December 09, 2013
Email ThisBlogThis!Share to TwitterShare to FacebookShare to Pinterest
Newer Post Older Post Home