One of the fun things about watching large flocks of Western Gulls on the California coast is knowing there's that great chance of almost always encountering a banded individual. All of the banded WEGUs that I've found in California in the past have been from the Southeast Farallon Islands, but last weekend, I found an adult type with a large blue plastic ring - I immediately sensed it wasn't from the Farallon Islands! 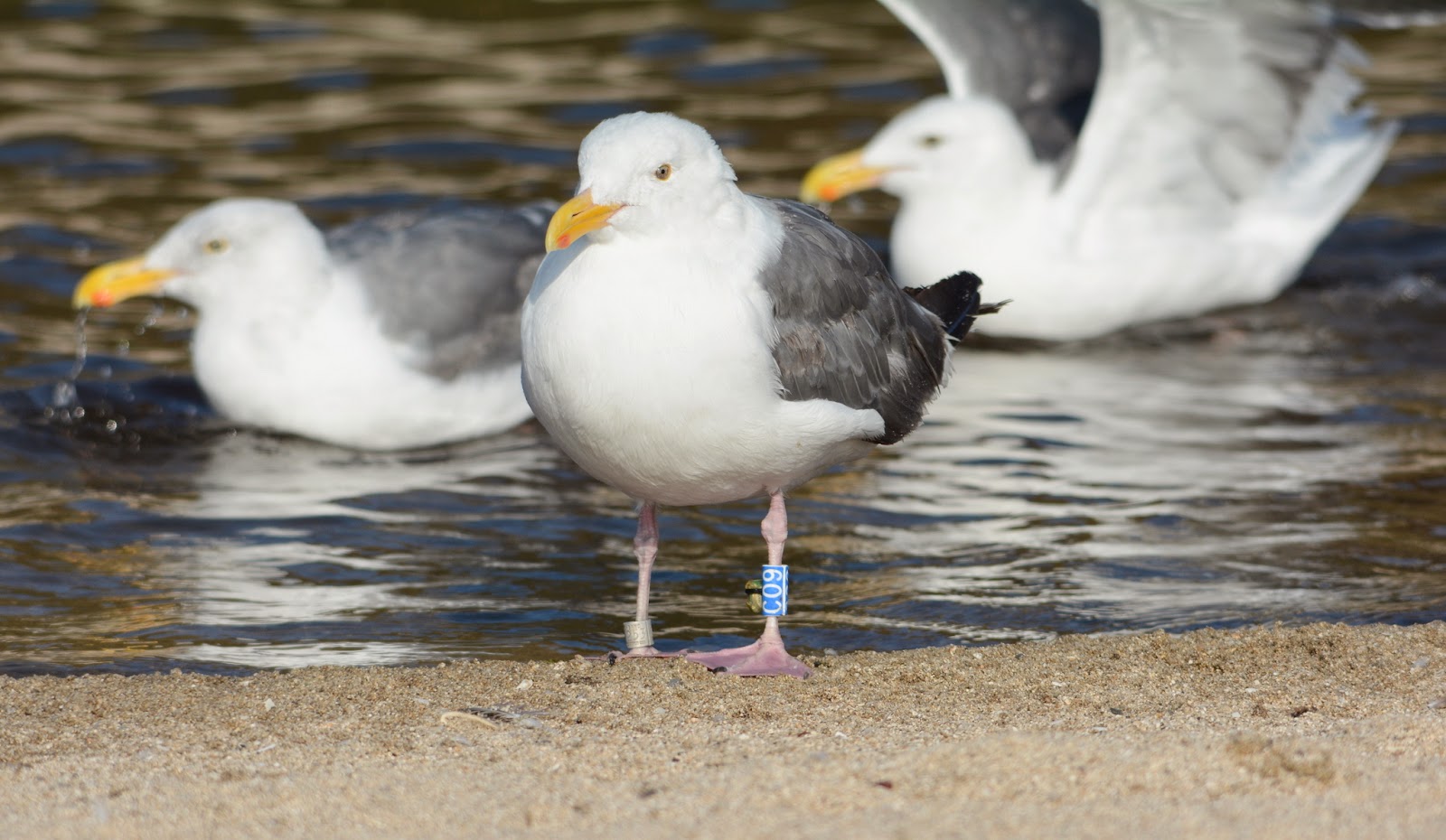 I was easily able to read the three character sequence, but the bigger surprise came when the bird turned away:

After doing a little homework I learned that this gull was banded by Dr. Scott Shaffer on Ano Nuevo Island (a small 9 acre island just off the coast between San Francisco and Santa Cruz). Scott and several of his students from San Jose State University have banded and fitted 11 Western Gulls with these blue plastic bands and data loggers (sequence C00-C10).

C09 was banded in June of 2013 as an adult near its nest. As of this post, it had not been recaptured (5 others have since been recaptured and their past whereabouts were revealed via the GPS loggers).

One of the objectives of Dr. Shaffer's project is to compare the foraging ecology of the gulls on Ano Nuevo Island with those from the Farallon Islands. This multi-faceted study also involves blood sampling to check for contaminants the gulls may be picking up, and to quantify/qualify bacterial and viral exposure. It's no surprise that his gulls spend time between the local landfills, but they also spend a significant amount of time offshore. Here's one of the maps he shared with me showing where some of these Western Gulls (all adults) have been:


For the most part, the map shows much of what we already know about this species: Western Gulls are largely non-migratory (in the traditional sense) and are relatively sedentary. 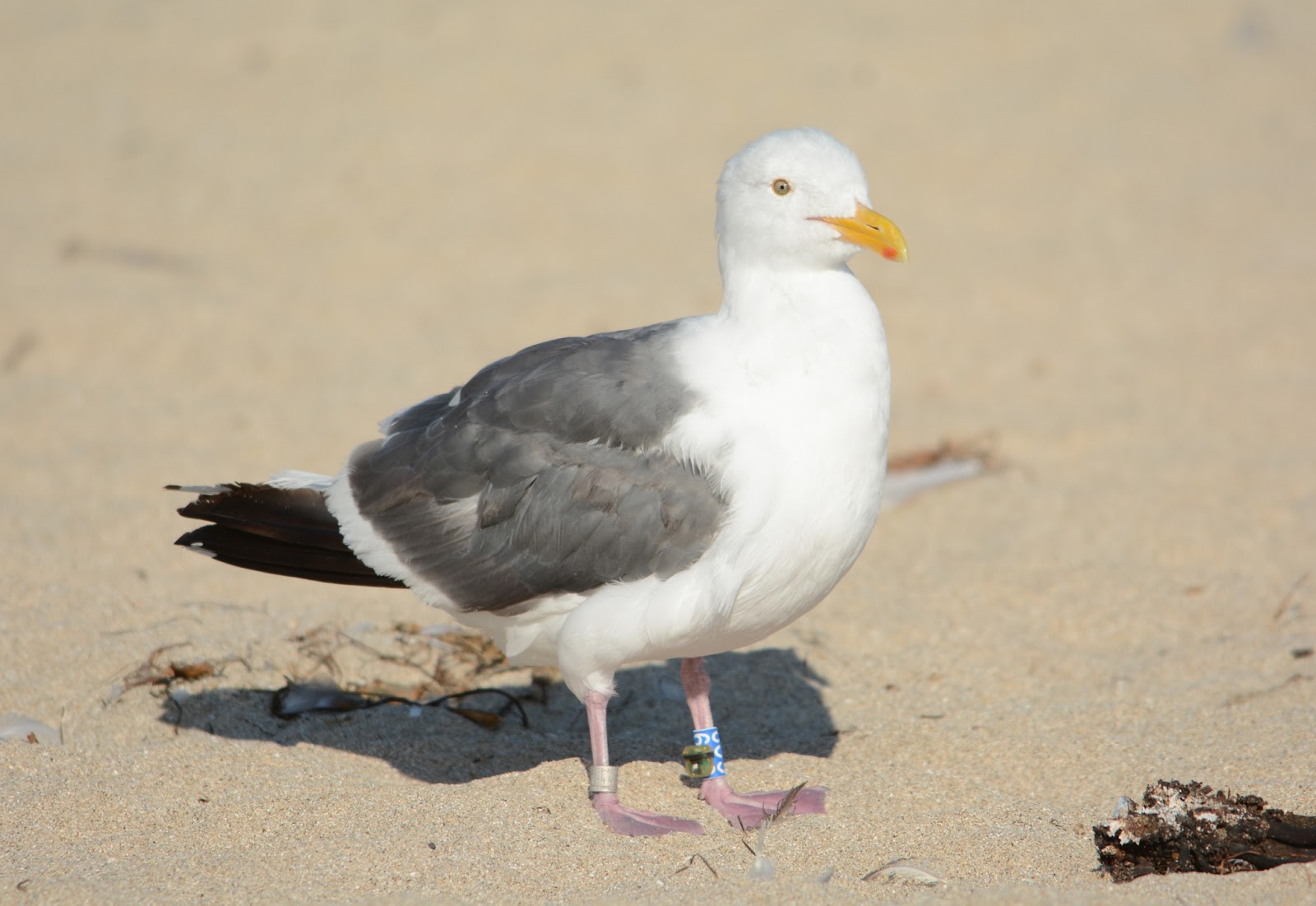 I do want to add that C09 was very easy to pick out of the flock due to the large blue leg band. I've said this many times, and I'm beginning to sound like a broken record: gull banders would get so much more data from the public (birders in particular) if they used these large color bands. Win-win!

Here are a couple of more banded Westerns that I found on the same day. I couldn't gather all 9 digits from the SMALL, TINY, silver federal bands. The colored plastic bands are enough to get one's attention, but then it takes a bit of effort and time to gather the band sequence. I can never understand why these birds aren't banded with slightly larger plastic bands with an alpha-numeric sequence. I usually spend anywhere from 5-10 minutes with each bird to get the USFWS band number, but I was really pressed for time on this day and had to let them go. They look like typical Farallon Island bands: