Given my fascination with feathers and molt, I couldn't pass up the opportunity to post this hatch-year (HY) Ring-billed showing faint "fault bars" across the center of its primaries:

Note the pale, contrasting, band across the middle of the outer primaries. Here's a shot of the left wing: 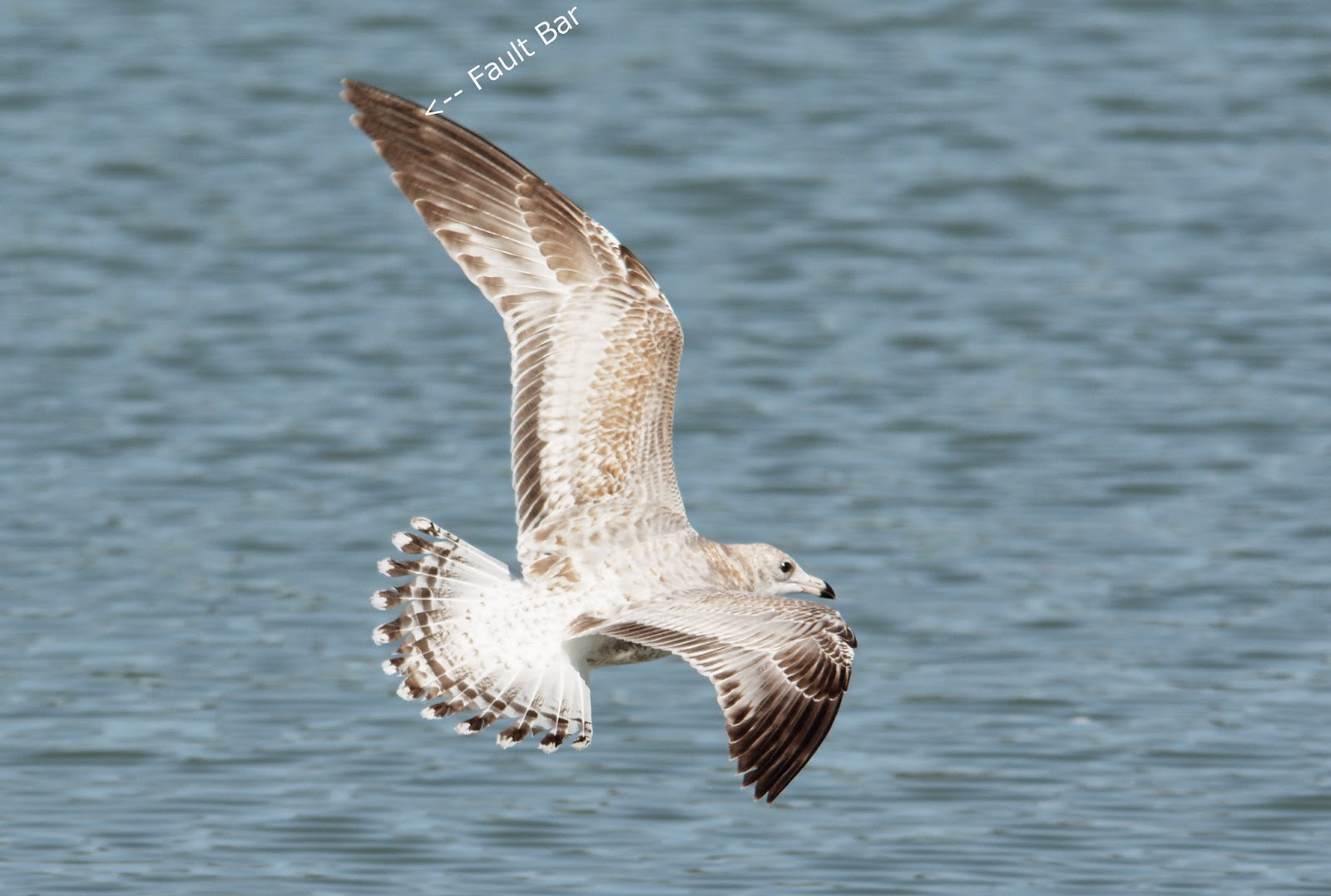 The effects of fault bars (also referred to as stress bars) are sometimes subtle and insignificant, showing just a bit of discoloration with no feather damage (as is seen on this gull's primaries). But fault bars can also result in complete feather breakage.

With time, feathers begin to weaken along this bar, and the result looks similar to this:

Take a closer look at the rectrices on the first gull in this post: the tail feathers show moderate damage and are heavily notched. This damage was caused by breaks in the feather vanes, which were weakened by a fault bar across the tail. Here's a closer look at this rather bizarre-looking, ornamental, tail pattern: 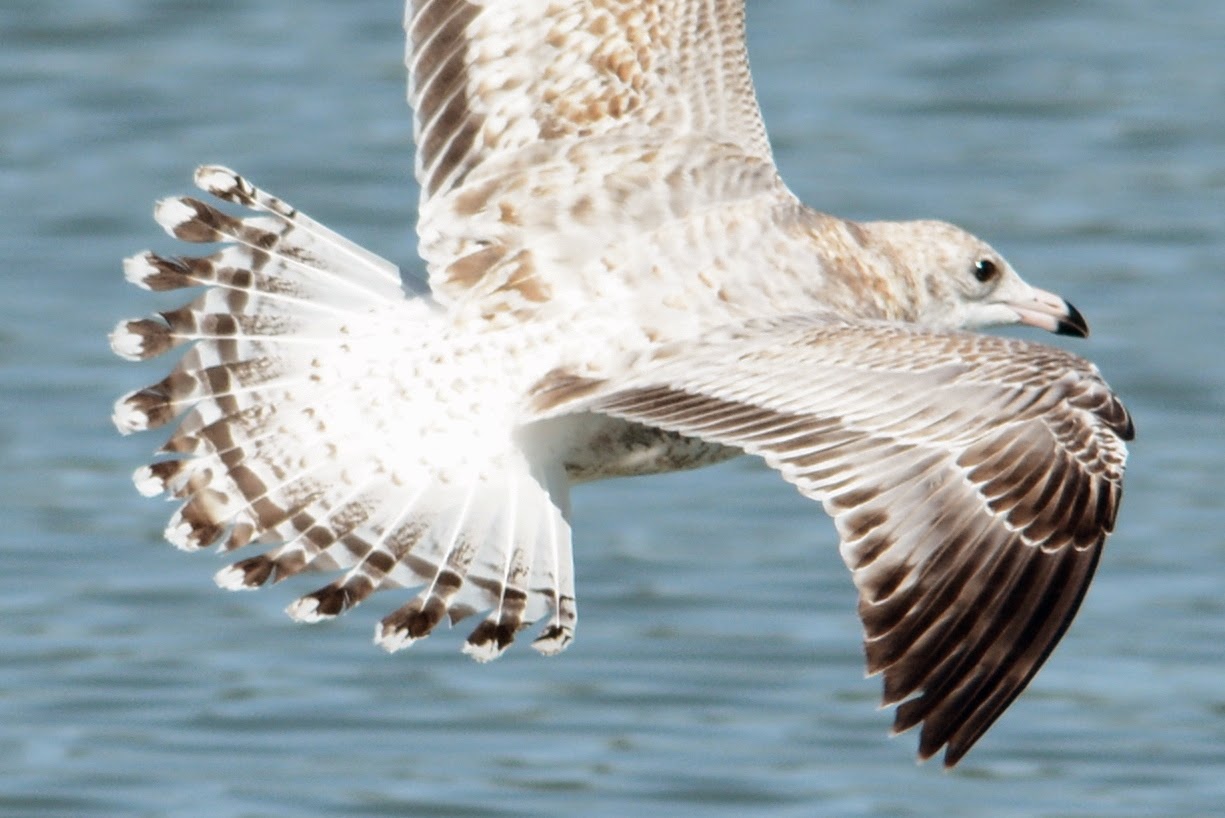 The implication of any loss in feather-area is a higher demand in energy to maintain flight, which ultimately results in more expensive fitness costs. Overall, I've found that after-hatch-year gulls (AHY), with traces of fault-bar damage from 1st basic, tend to look less fit and have considerably worn and bleached plumages. This shouldn't be too hard to believe as selection is probably weeding these individuals out. If they can survive until they complete their next prebasic molt, then chances are they'll fair well.

Consider the "sickly-looking" Ring-billed below:  ﻿﻿
﻿

﻿
﻿
Interestingly, juveniles are more frequently recorded with fault bars, or at least a more consistent pattern is observable on juveniles than that of older birds. The unique phenomenon in juvenile fault-bar patterns is that they grow at the same length across the feather axis (since juvenile feathers grow simultaneously, unlike second year birds and beyond).

So what causes fault bars to emerge? The latest studies in the literature agree that fault bars are the result of an acute stressor (Jovani et al. Journal of Avian Biology; 43:97-101, 2012). Ornithologists have long studied their causes and there's primarily two explanations given: malnutrition during feather formation, and/or, severe physiological stress during feather growth. There's been some fascinating studies conducted on captive birds in this regard -- often times using methods that would easily perturb the average person.
at September 15, 2014
Email ThisBlogThis!Share to TwitterShare to FacebookShare to Pinterest
Newer Post Older Post Home