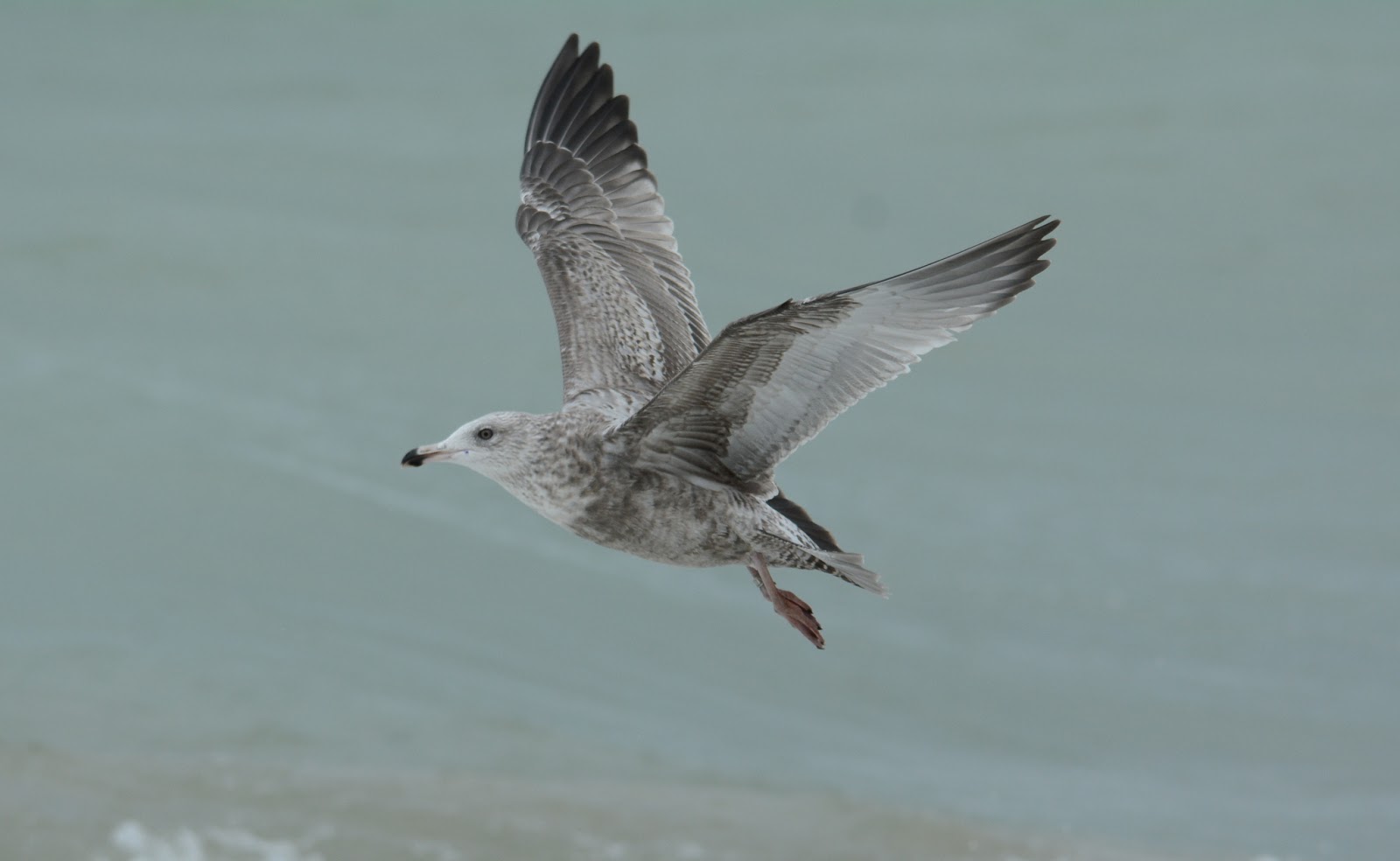 Incidentally, this is my 4th banded HERG that I've found in New Buffalo that's been banded on Jack Island. Are a lot of these birds migrating straight south along/over Lake Michigan? Do they migrate together? Do they remain on southern Lake Michigan until they're ready to breed, or do they migrate back north in the Spring? 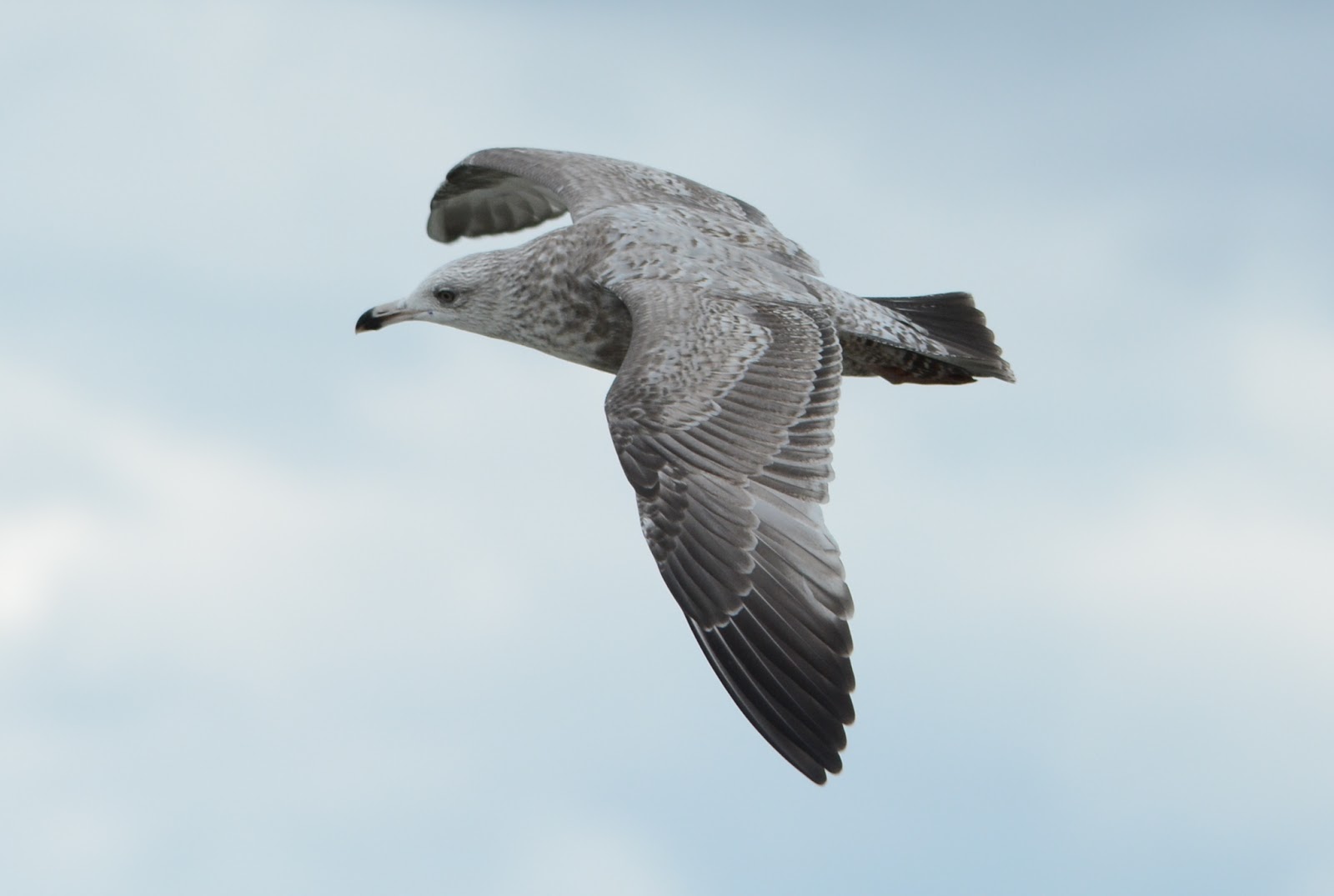 This individual shows rather typical 2nd basic primaries and secondaries. The underparts have a bit more dark wash than average, and the scapulars are not as advanced with gray as many similar-aged 2nd cycle Herrings. Also, the uppertail coverts are more barred than what I believe the average 2nd cycle shows. In many ways, this bird is less advanced than what I consider typical of 2nd cycle American Herrings.

One thing that I'm beginning to wonder about is if some (many?) of the presumed 2nd cycle Herrings that we readily age as such, may actually be less advanced 3rd cycles. Birds with mostly white uppertail coverts, mostly gray backs and adult-like inner primaries like this one:

Peter Adriaens once commented on this bird and mentioned that similar-looking European Herrings, of known-age, showing these advanced inner primaries, almost always turn out to be 3rd cycle individuals. Could it be that many of our Herrings become definitive adults in 5 plumage cycles?


I'm hopeful that more data from banded American Herrings will help shed some light on this ageing question, in due time.


To read more about the other 3 banded Herrings (HY birds) from Door County, Wisconsin, that I previously found in New Buffalo, click here.
at September 22, 2014
Email ThisBlogThis!Share to TwitterShare to FacebookShare to Pinterest
Newer Post Older Post Home