As you know, a 1st cycle Ivory Gull has been hanging out at Canal Park in Duluth, Minnesota since New Years Day. Very close by in Superior, Wisconsin, a different 1st cycle Ivory Gull was found on Tuesday evening (05 January 2015) by Bryan Murdock at Connor's Point. Same age & plumage, only the second bird was found dead. Yes, two Ivory Gulls within a couple of miles of each other. One dead. One alive. You can read Laura Erickson's detailed post on this bizarre story, here. 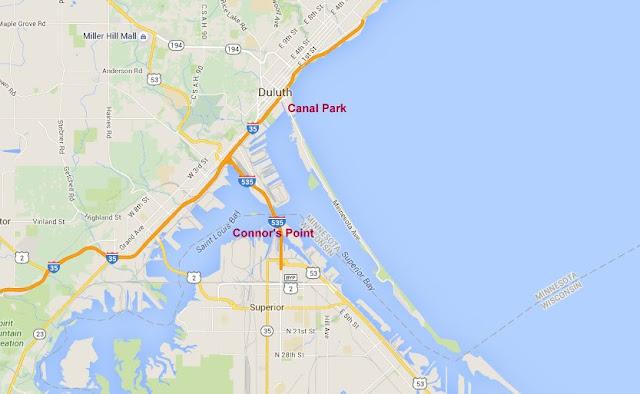 The purpose of this post is to present a precedence that I think is noteworthy. This is now the 4th time - at least - that out of range Ivory Gulls have appeared in duos.

The three examples above weren't Ivory Gulls found a couple miles apart, they were found at the exact same site. For a gull that is supposed to be very rare away from the arctic, this pattern of duos at the same location is curious, to say the least. Does this occur more often than we know?

Thanks to Paul Budde and Michael Murphy for the St. Paul and Northumberland examples, respectively. The Port Washington Ivory Gulls were both birds that my friend Andy Sigler chased, two weekends in a row.

at January 07, 2016
Email ThisBlogThis!Share to TwitterShare to FacebookShare to Pinterest