Great Black-backed Gull can be tough to find in Lake County and often goes unchecked on my day list when I watch gulls here. 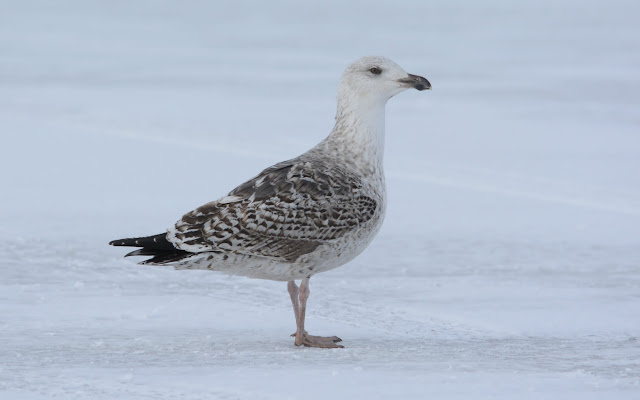 Finding one was good enough for me. I also found 3 Glaucous Gulls (2 adults and a 2nd cycle). 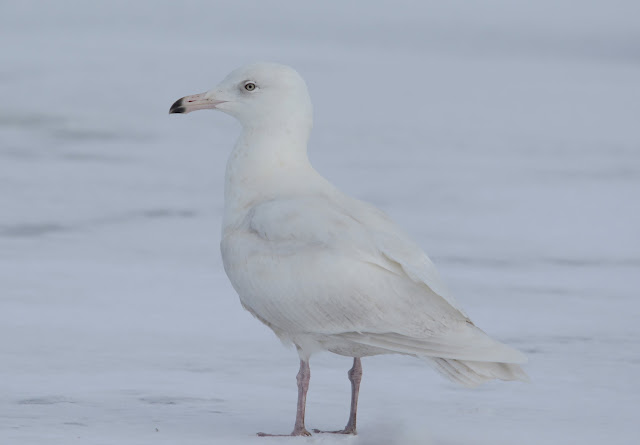 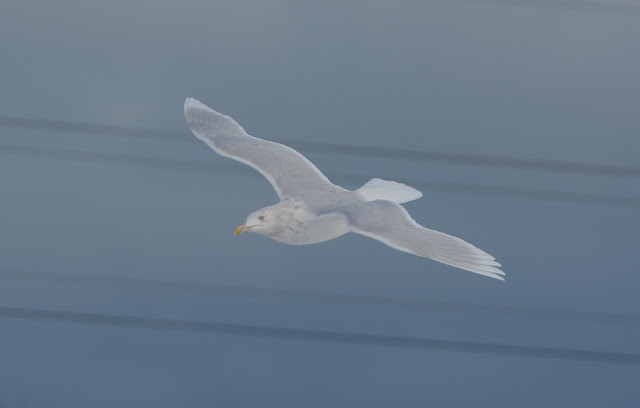 Thayer's were all over the place with a total of 11 birds:


This next bird I identified as a 2nd cycle Thayer's/Kumlien's type: 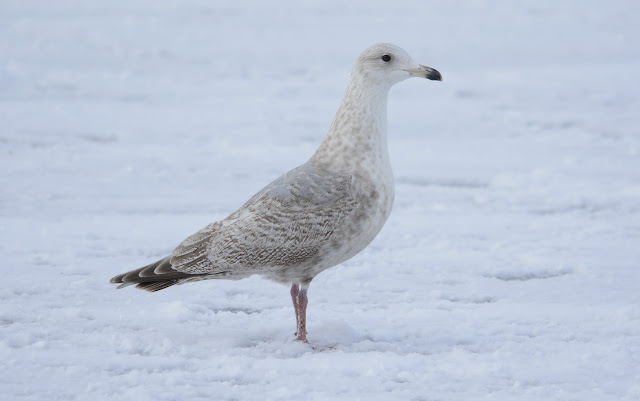 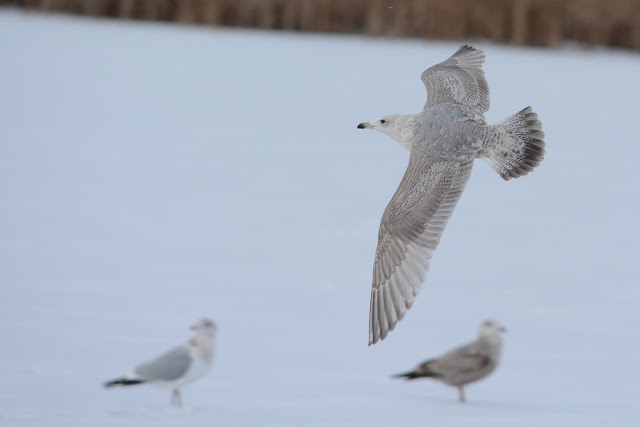 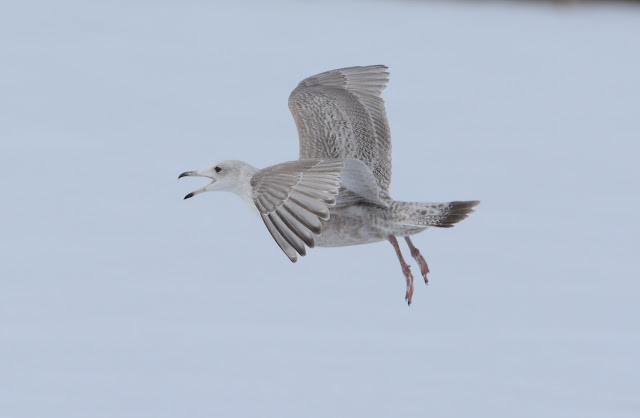 Some experienced gull-watchers commented on this bird on Facebook, suspecting it may be a Nelson's. I take a rather liberal approach with Thayer's and don't see a problem with the slightly widening bill base (perhaps a male?). In the first photo the primary projection looks a tad short, but the bird has its neck fully outstretched and is in alert-mode, ready to take flight. 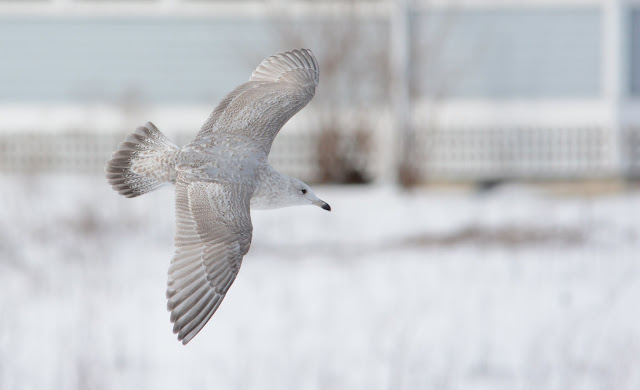 I'm all for keeping an open mind about such individuals and it very well may be a hybrid. I don't think all Nelson's have to inherit large bodies and beady eyes from their Glaucous genes. However, Thayer's/Kumlien's are more common than the hybrid, and this I feel, should be factored in when we encounter these individuals that have bodies that are Thayer's/Kumlien's size. At the end though, I feel the bird is within range for a Thayer's/Kumlien's.
at January 08, 2016
Email ThisBlogThis!Share to TwitterShare to FacebookShare to Pinterest
Newer Post Older Post Home