Well, it's happened again. I begin this year with an Ivory Gull. It was found at Canal Park in Duluth, Minnesota on New Years Day. Ethan Gyllenhall, Andy Sigler and I drove out the same night and bagged it the next morning:


Eventually more birders showed up and that's when the salmon was offered... 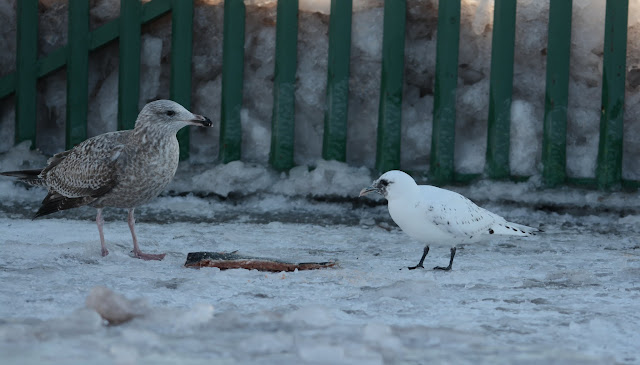 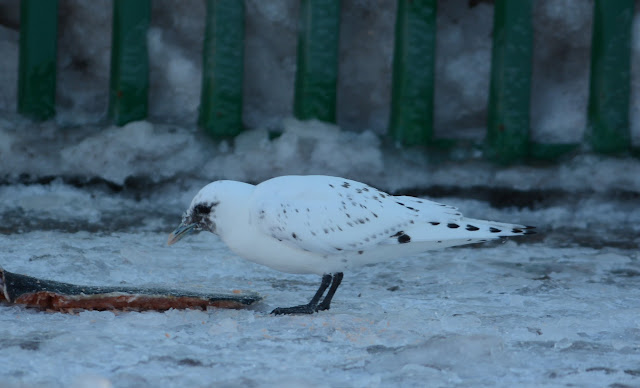 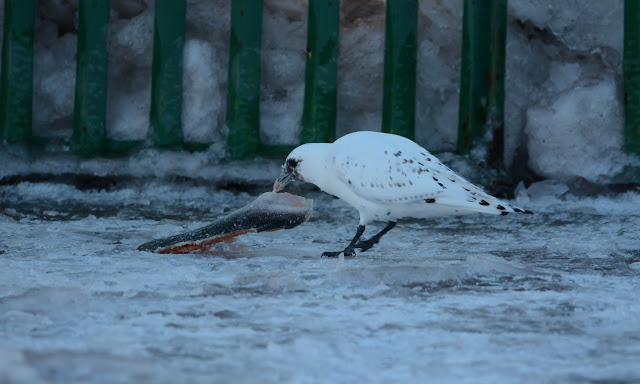 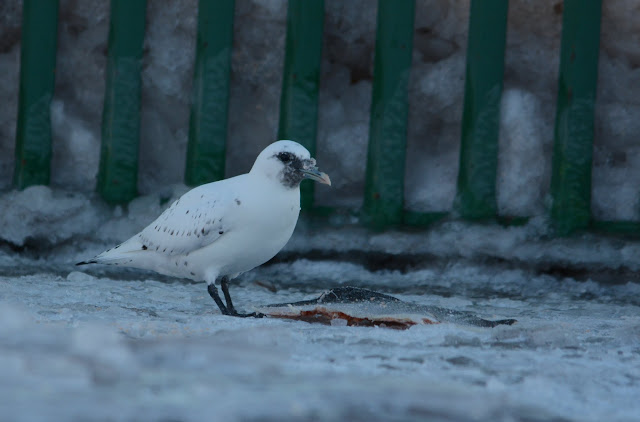 A fun bird to watch! 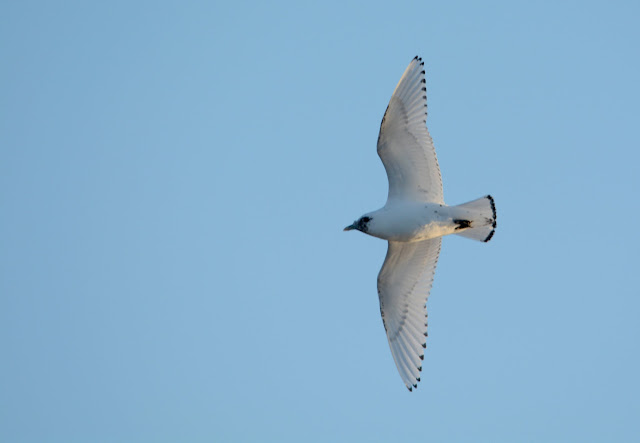