The first shows a largely white uppertail, with what appears to be some renewed rectrices. It isn't clear which tail feathers have been renewed, but a white tail like this in January is extremely rare. 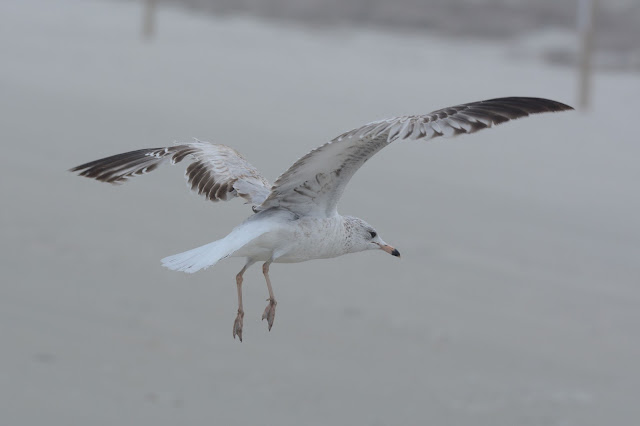 This second bird is mostly here to show an opposite extreme. The dark bases to the outermost rectrices are not unheard of, but this tail pattern isn't very common.

More examples of uppertail patterns in 1st cycle Ring-billeds here:
at February 03, 2018
Email ThisBlogThis!Share to TwitterShare to FacebookShare to Pinterest