Over 150 participants attended along with a number of local bird clubs and organizations. Our guest speaker, Jennifer Brumfield, absolutely rocked and pumped birders with a ton of inspiration!


We enjoyed mid-30s most of the day with very little wind - perfect weather when compared to last year's 50F that left us with no ice and no gulls.

We had a fun assortment of Iceland Gulls, and also checked off our "other" winter gulls.

I must say with this being our first winter where thayeri is lumped with the other Iceland Gulls, there wasn't mass confusion some people predicted there might be. Dark birds were called Thayer's and pale birds were called Kumlien's (as we've done for some years). Confusing birds weren't labeled, but rather explained as "points" on the cline. Here's my list:

Chuck Slusarczyk Jr shared a photo of a Thayer's that brought the total up to 7 adults. Incidentally, this was the same adult with broken p6 band that I observed at the Lake County Fairgrounds on Friday, 16 February 2018. In fact, 3 of the 5 Iceland Gulls from my Friday LCF visit were in attendance at the Gull Frolic. A 30 mile roundtrip flight! 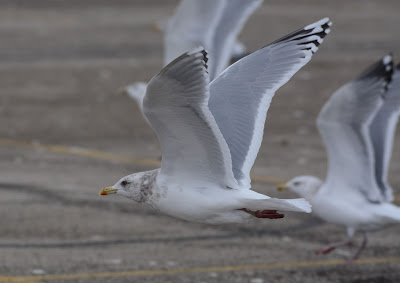 Ten of us stuck it out until about 4:30 pm, at which time the snow coming down on our optics made viewing difficult. The roads were becoming increasingly messy and so we called it quits while we were ahead. Happy smiles all around. 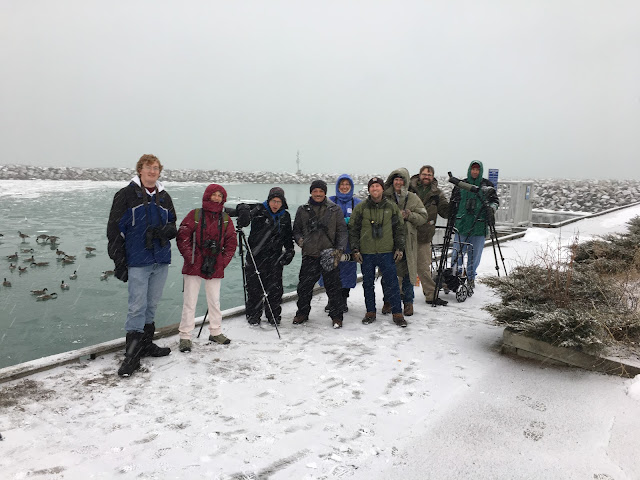 Thanks to all who attended. See you next year!!